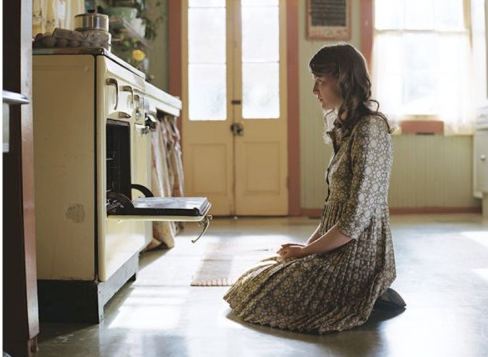 "Bait and Twitch: Vice Magazine, Suicide Glamour, and Not Staying Quiet." By Linda Holmes, for NPR. Vice magazine published a distasteful fashion spread about female writers who committed suicide, then quickly took it down after a Twitter shaming campaign. Some said a better strategy would have been to simply ignore the spread. The writer disagrees.

"There are times when this approach has some appeal to me. When I see on Twitter that someone with an egg avatar and two followers has gotten a writer I know to spend ages arguing back and forth about nothing, there is part of me that thinks, 'Why bother? The world is full of awfulness; you will never beat back all of it.' We all ignore things all day long; if we didn't, we'd never get anything done. But Vice asks for credibility. It's trying to position itself as a force in a kind of gonzo journalism for bros. They have a series on HBO. They don't have an egg avatar. They get — and want — attention for the things they do that are serious. This isn't scouring the internet for obscure horrible people doing horrible things in tiny corners and exhausting yourself howling at the moon over it. This is seeing a powerful media brand selling degrading images of violence in an issue they're claiming is all about women in fiction."

"Camouflaging the Vietnam war: How Textbooks Continue to Keep the Pentagon Papers a Secret." For Good, Bill Bigelow, the curriculum editor of Rethinking Schools and the co-director of the Zinn Education Project, writes: 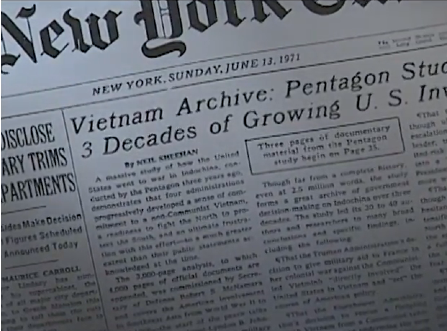 "All the new U.S. history textbooks on my shelf mention the Pentagon Papers. But none grapples with the actual import of the Pentagon Papers. None quotes Ellsberg or the historical documents themselves, and none captures Ellsberg's central conclusion about the United States in Vietnam: 'It wasn't that we were on the wrong side; we were the wrong side.' [...] Teaching students a deeper, more complete history of the American War—as it is known in Vietnam—is not just a matter of accuracy, it's about life and death. On the third anniversary of the U.S. invasion of Iraq, Howard Zinn, author of A People’s History of the United States, spoke bluntly about what it means when we fail to confront the facts of our past wars: 'If we don't know history, then we are ready meat for carnivorous politicians and the intellectuals and journalists who supply the carving knives.'" 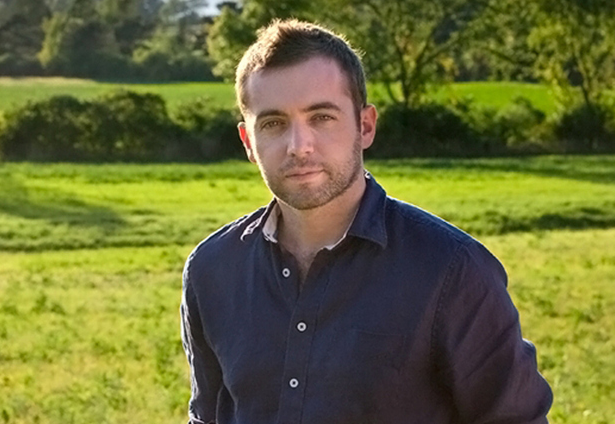 "There is perpetual handwringing in journalism about how to make Worthy topics interesting to a broad audience. The simple fact is that Michael had discovered the answer: Make it about power and sex and personality and conflict (because, by the way, it usually is) and — and here’s the real trick — draw a straight and clear line between the vibrant reporting and the point. His most vivid scenes, set in the carnage of Baghdad at its worst days, or in the grim light of pay-per-view in an Iowa hotel room, were never gratuitous. Michael’s most famous story, the one that got General Stanley McChrystal fired, was a great yarn, but it was also about something: A military leadership that had turned its tactical sophistication inward, and trapped a president it disdained into a war he didn’t want to fight. The story helped push the American government to pull out of Afghanistan, not because a general said some bad words, but because those words conveyed the general’s sense of superiority to his civilian masters." 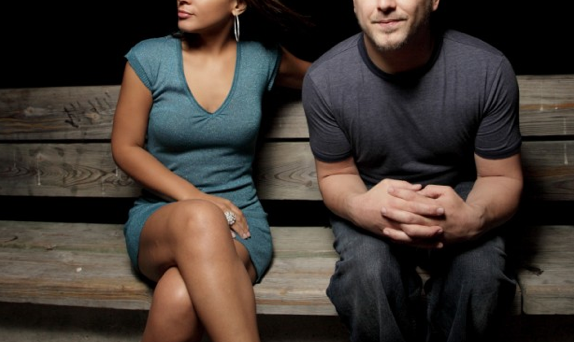 "It’s still far too commonly assumed that the question of whether to have sex on the first date is one only a woman gets to answer. The default setting for a man, meanwhile, is ready, willing and able. But the truth is subtler and more complex. My divorced friend Neil recalls that there have been times when 'I felt uncomfortable and pulled back, so to speak. It wasn’t because I didn’t want to on a physical level, but it was, a reaction to previous dates with other women where we just charged ahead, but the day after it was like, what just happened? That first date is such a crap shoot.' He adds that when a man holds back it can be downright advantageous. 'Not to be too tactical about it,' he says, 'but a guy playing a little hard to get seems to be a turn-on.'" 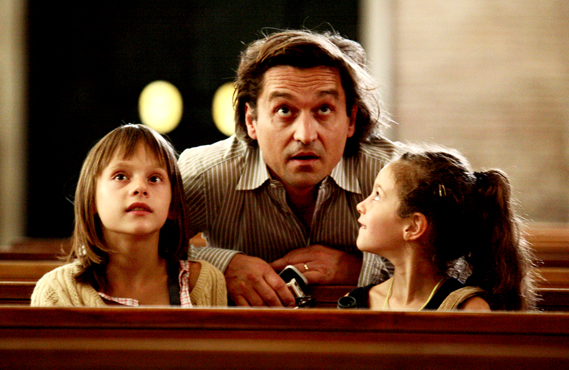 "The Ingredients for a Healthy Cinema." New Yorker film editor Richard Brody writes about Steven Spielberg and George Lucas' warnings that the film industry as we know it is economically and perhaps culturally broken. Brody jumps off from this point and talks about the subsidies the French government gives filmmakers, and how some young French filmmakers have bucked them and begun funding movies independently, angering those who feel they're thumbing their noses at the country's collectivist approach. Both systems -- America's free-market approach, and France's mixed one -- result in abuses of power, Brody writes.

"The question of movies is inseparable from the question of money. In France, the king’s coin offers the industry some shelter from risk, but threatens to become a sort of mandatory bear hug—a protection racket that admits no exceptions, not even its own cultural ones. Here, the absence of financial protection (voluntary or not) leaves all filmmakers, rich and poor alike, equally free, so to speak, to film under the bridges, which turns out to be where some terrific movies are being made. Ultimately, both systems leave many filmmakers in precarious situations, because—in cinema as in all arts—there’s no reliable connection between the merit of a work and its commercial success." 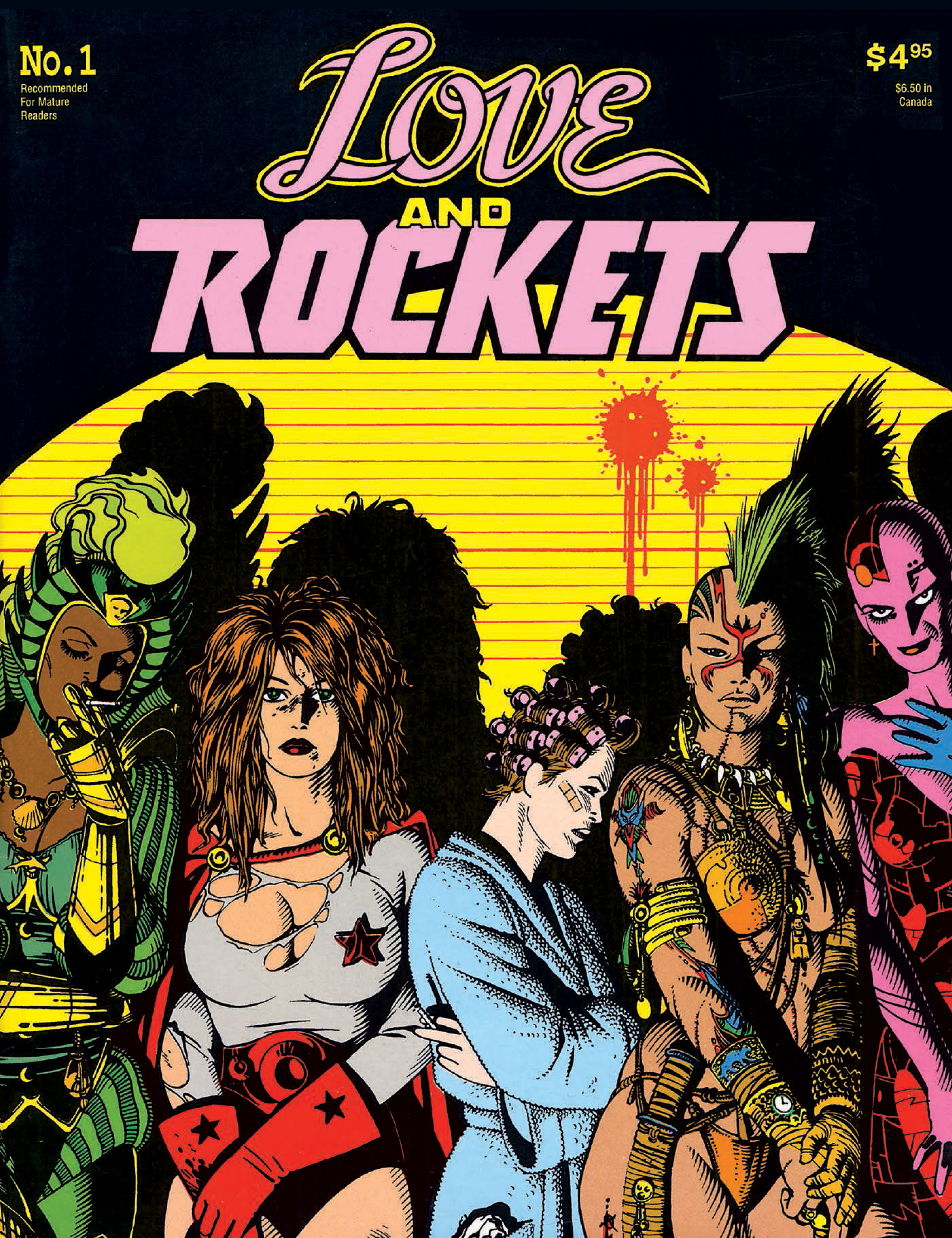 For Comics Alliance, Andy Khouri publishes some images from the upcoming Love And Rockets: The Covers, the first full-color compilation of cover artwork "from the legendary alt comics opus by Los Bros Hernandez." To pre-order the book from Fantagraphics, click here.

The trailer for Martin Scorsese's upcoming The Wolf of Wall Street, starring Leonardo DiCaprio and Matthew McConaughey. Looks like GoodFellas without the guns. Well, fewer guns.