The Editors June 11, 2013
Tweet
1. OPERATION TROLL THE NSA. To protest recent revelations of nationwide government intrusions into privacy, the creators of the afore-linked site are calling for Americans to, well, mess with the data-harvesters. Just a little bit. Just to see what happens.

"IF MILLIONS OF US, ALL AT THE SAME EXACT TIME, CALL OR EMAIL SOMEONE WITH OUR KEYWORDS-OF-TERROR-FILLED SCRIPT, WE CAN GIVE OUR NATION’S IMPRESSIVE SURVEILLANCE APPARATUS THE KIND OF TEST IT DESERVES. THEY SAY THEY DON’T READ OR LISTEN TO THE CONTENTS OF OUR MESSAGES. WHY NOT TEST IT OUT? IT'LL BE FUN." 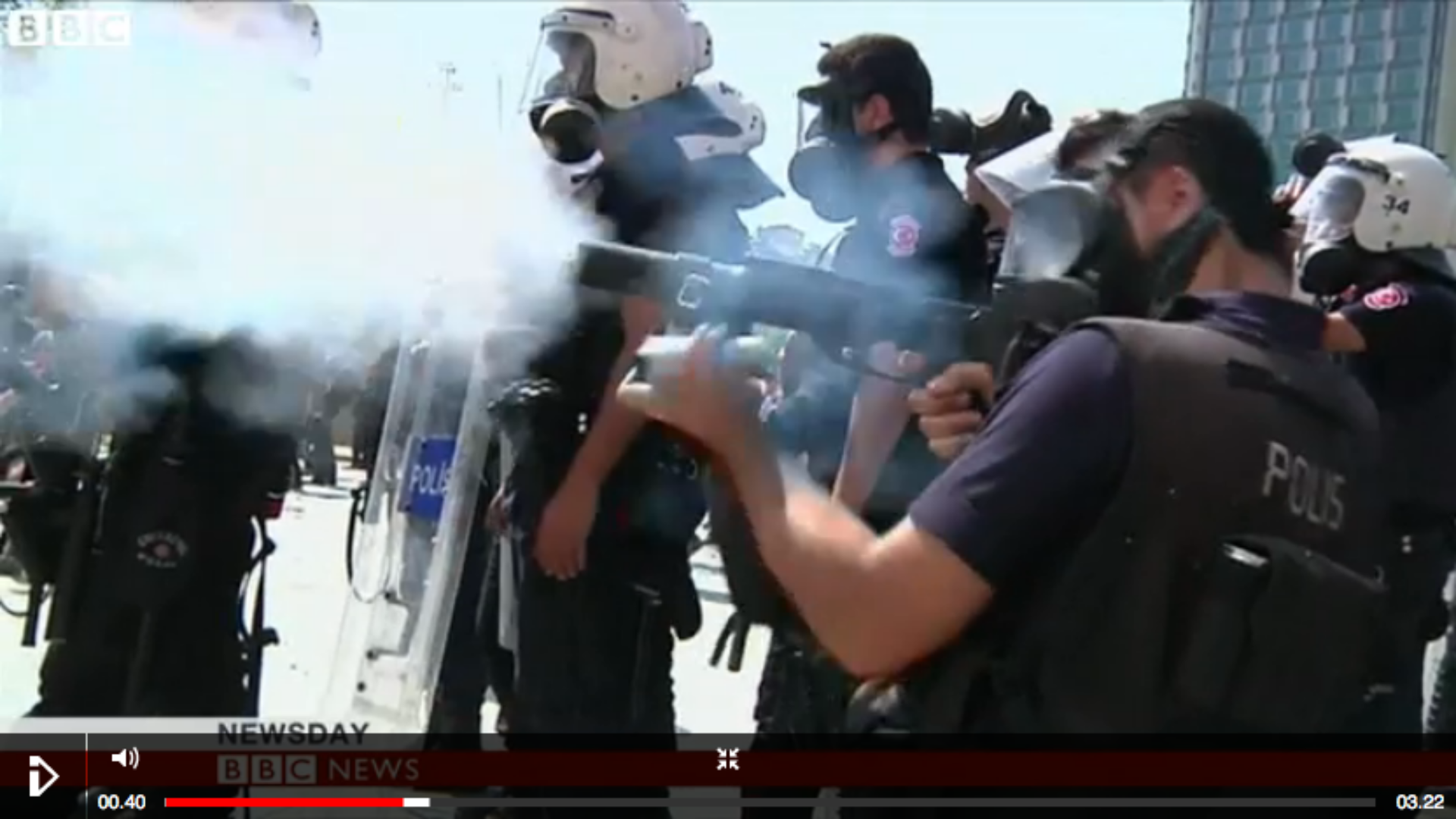 "Turkish riot police have used tear gas to disperse thousands of anti-government demonstrators who gathered on Taksim Square in Istanbul, after a day of sporadic clashes. Many protesters regrouped in nearby Gezi Park, where unrest continued into Wednesday morning. At dawn, bulldozers moved into Taksim Square to clear away debris, barricades and makeshift shelters. Protests began 13 days ago over the redevelopment of Gezi Park. They then widened, with demonstrators accusing Prime Minister Recep Tayyip Erdogan of becoming increasingly authoritarian and trying to impose conservative Islamic values on a secular state." 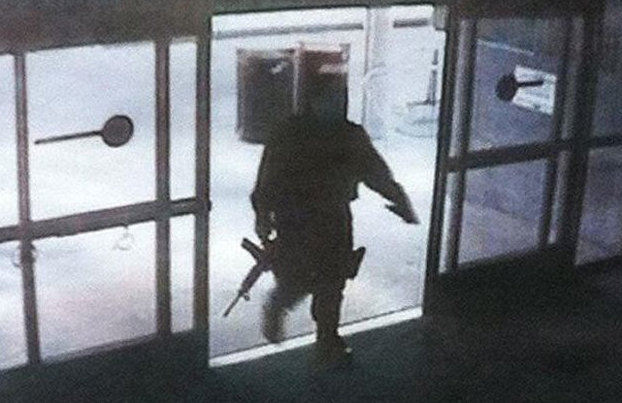 "More details have emerged about John Zawahri, who murdered five people and wounded several others in a gun rampage on Friday before police shot him dead on the campus of Santa Monica College. He is the kind of mass killer we've come to see all too often in recent years, from his gender and age to the type of weapons he used to his mental health history. With our in-depth investigation of 62 mass shootings over the last 30 years we identified strong patterns among the killers, and Zawahri fits several of them." 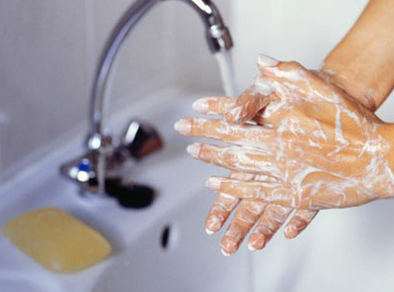 4. "Few Wash Hands Properly, Study Finds." Not even you! Yeah, of course, you think you're clean, but seriously, you're probably not clean enough. By Nicholas Bakalar, for The New York Times.

"Did you wash your hands properly after you used the toilet? Probably not, a new study suggests. [...] Researchers discreetly watched 3,749 people, 60 percent of them women, after they used public toilets in a Michigan college town. Over all, 10.3 percent did not wash their hands at all, and 22.8 percent used no soap. The remainder did use soap, but only 5.3 percent washed for longer than 15 seconds, soap or no soap. According to the Centers for Disease Control and Prevention, proper washing means rubbing vigorously with soap and water for at least 20 seconds. Men did worse than women — almost 15 percent of them did not wash at all, compared with 7.1 percent of women." To read the complete study, click here. 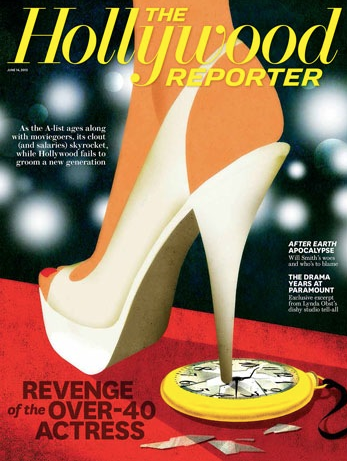 5. "Today's disconnect: do actresses have clout or not?" Melissa Silverstein of Women and Hollywood considers two recent trend pieces about women in the entertainment industry: The New York Times' "On Newsstands, the Allure of the Film Actress Fades" and The Hollywood Reporter's "Revenge of the Over-40 Actress." She wonders, "How is it possible that two publications have such mixed messages when it comes to Hollywood's female movie stars?"

"The New York Times piece talks about how Hollywood actresses used to be the most coveted covers on women's magazines. That has shifted in recent years as film actresses have lost their clout.  Now the big sellers on magazine covers are reality stars, musicians and TV stars. [...] Then in a whiplash inducing moment, I'm sitting in a restaurant in Hollywood and I see this big cover picture of a spike heel with the headline Revenge of the Over-40 Actress.  The article goes on to say that it wasn't so long ago when middle age actresses were relegated to playing mothers of male stars (ie Sally Field playing Tom Hanks' mother in Forrest Gump) and now people like Sandra Bullock and Melissa McCarthy and Meryl Streep are having huge successes." 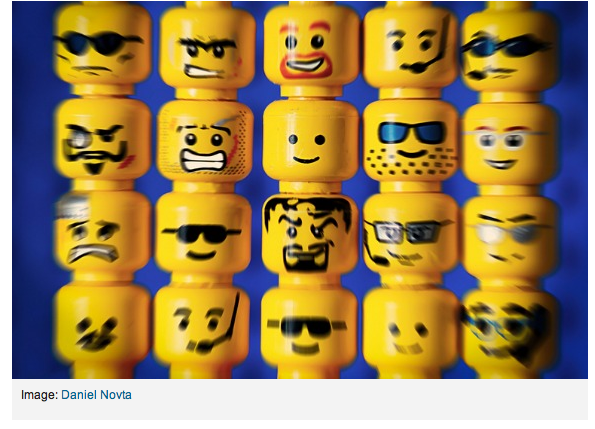 "Lego Faces Are Getting Angrier." So says Research Digest. "Researchers have discovered that the faces on LEGO Minifigures are becoming increasingly angry and less happy. Combined with a trend towards more combat-related LEGO themes, a team led by Christoph Bartneck at the University of Canterbury said "we cannot help but wonder how ... this impacts how children play." To download the study as a PDF, click here.

RogerEbert.com contributor Scout Tafoya analyzes some of his favorite left-to-right and right-to-left tracking shots, paying special attention to a great dolly shot near the beginning of Francis Coppola's Apocalypse Now. To read a transcript of the piece, or to join in comments, see Scout's blog post over at Balder & Dash.