"Jeffrey Westhoff on 'The Boy Who Knew Too Much'": The veteran Chicago film critic chats with Indie Outlook about his excellent debut novel.

“I took a school-sponsored, three-week trip to Europe when I was 16, and it was one of those trips where you go everywhere. I was most excited to visit London and Paris, where we spent our last two days, and I had an absolute blast in both cities. The two cities that surprised me in how much I ended up loving them were Barcelona and Lucerne. When I was on the Kapellbrücke bridge in Lucerne, I walked by a guy who was wearing a trench coat and mustache, and I was absolutely dead sure positive that he was a spy. Then I wondered what would happen if I had found him dying a few minutes later, and that’s how the story began. I toyed with setting it in the 80s, because that’s when I was there, and you’ll notice the very first thing I do is take away Brian’s cell phone. In my opinion, cell phones ruin spy novels. The last half hour of ‘Octopussy’ could’ve been solved by a phone call. In a way, the book is also like Treasure Island with spies instead of pirates. As I was writing, I started realizing that Jack Silver was a lot like Long John Silver—and that’s when it dawned on me that I had given my character the same name. It may have been subconscious, though at that point, I hadn’t read the actual book of Treasure Island. I was at the peak of my Bond obsession when I was Brian’s age, and I would read nothing but James Bond. My mom bought me a copy of Kidnapped, and said, ‘Read this, this is good literature,’ implying that James Bond was not. So I resented the book and read only two pages of it. That was my first exposure to Robert Louis Stevenson. When I finally read Treasure Island, I loved it, and discovered that it had the same beginning as ‘The Man Who Knew Too Much,’ where a dying pirate gives the hero a treasure map. So Hitchcock stole from Stevenson and I stole from Hitchcock stealing from Stevenson.”

“I honestly don’t know why people aren’t more into Cameron Crowe, or at least wanting him to succeed. Maybe it’s some sort of grown-up version of instinctively disliking things that your parents either like or are likely to like. People commonly decry the overabundance of Marvel movies, remakes, self-serious Christopher Nolan films, etc., saying there aren’t any original movies ‘for adults”’ that don’t insult your intelligence. However, now one such film has come along, and there is, for whatever reason, a sort of eagerness for it to fail, with people anticipating hating exactly the kind of work that is sadly lacking in mainstream film culture. So, all that being said, I couldn’t have gone into ‘Aloha’ rooting for it more. Though the mumbo-jumbo opening voiceover left me confused as to what Bradley Cooper’s job is (he seems to have been an astronaut and Air Force pilot who’s now a private contractor designated to help Bill Murray build rocket-launching platforms in Hawaii), ‘Aloha’ starts off pretty swell. There is an early scene in which Cooper re-encounters ex-girlfriend McAdams and simultaneously meets Emma Stone for the first time, and it’s dazzling filmmaking. The whole scene is (or at least appears to be) one shot, handheld, circling the three characters for probably two minutes. It is fast, alive and exciting in a way that shows Crowe’s inspiration from his hero, Billy Wilder.” 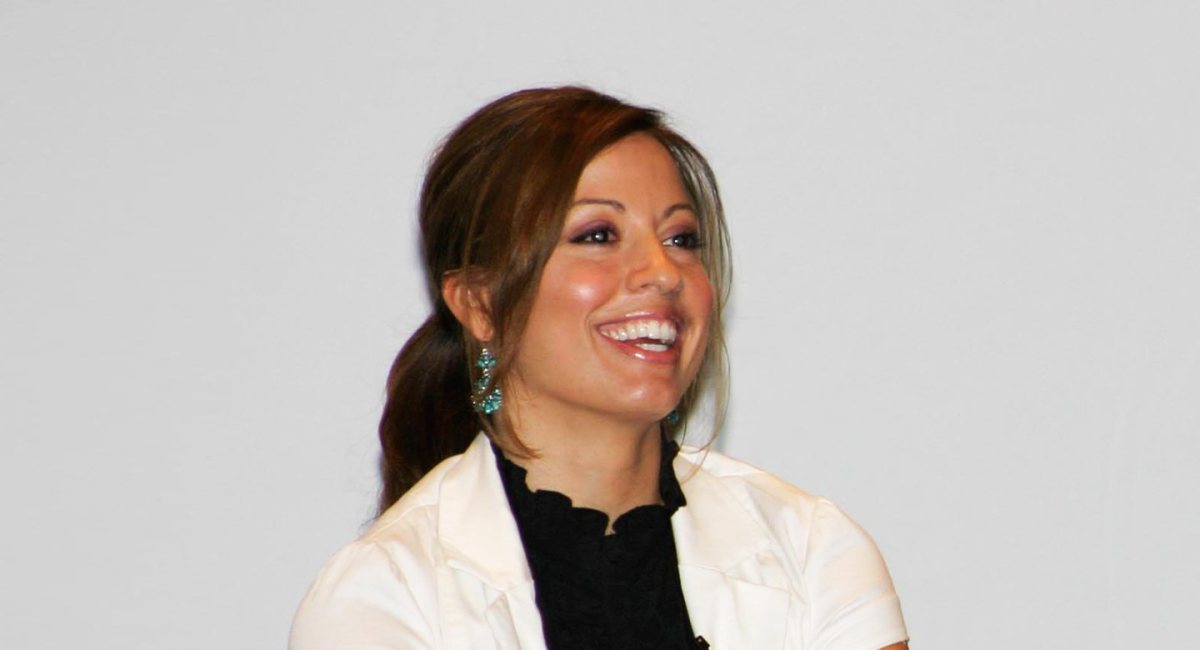 “A cappella was pretty cool in college, but the first year out, I quickly understood this was deeply uncool and I should not tell anybody. Why is a cappella so uncool? [Cannon]: ‘I think because the groups take it so seriously, but when you pull back and think about it, they’re singing covers of songs. And take glee club, take a cappella, take the marching band and compare them to athletes, it leans on the side of uncool in general, in terms of our society’s version of what’s cool and what’s not. If you’re on a sports team, you’ve got to be visibly athletic. There is a very specific type of person who is on a sports team. Whereas a cappella takes people from all different walks of life—you get all these guys and ladies and I think they just sort of find their family. So I think maybe on the bigger, broader level, maybe that’s why it seems uncool. And, you know, they could be snapping their fingers and doing choreography that might seem a little uncool, too. Having said all that, though, when you see them perform, you get talent crushes on these people. It’s infectious. You look at the character of Jesse in the movie—if you compare him to a big old football player, he might lean towards the side of uncool, but when you see him perform, he is crushable. It’s the whole rock star thing. Every girl wants to be with him. He’s just awesome.’”

"It's the 2015 White Elephant Blogathon, people!": Check in to Philip Tatler IV's Profoundly Rewarding blog throughout the day to read a series of essays centering on cinematic oddities, including Ken Russell's "Lisztomania," reviewed by our own Glenn Kenny.

“The movie actually has a great number of what I'll kindly call affinities with the London stage version of ‘Rocky Horror’ and its subsequent film. Campbell was in both, and her uninhibited work as the ‘groupie’ Columbia won her a small cult that grew sufficiently to propel her to Texas-Guinan-style heights in '80s New York night life. ‘Rocky Horror Picture Show’ was shot, very nicely, by Peter Suschitzky, who I dare say must have felt a more than slight case of deja vu while working on ‘Lisztomania,’ to which he contributes many beautiful vistas  Not just due to Campbell's presence but the lifting of the Frankenstein's monster conceit. In ‘Rocky Horror’ Dr. Frank N. Furter uses Universal monster movie methods to create his ultimate dumb hunk, Rocky. In Lisztomania’ Wagner does the same thing, albeit with a higher budget and more elaborate production design, to create his Siegfried, the hero of the ‘Ring’ cycle and Germany's redeemer. The punchline of Russell's joke is that he cast Rick Wakeman, the prog-rock keyboard hero who oversaw the movie's soundtrack, as Siegfried, and dressed him in a Thor Halloween costume or something (I think it's too late to sue, Marvel Studios). Wakeman's kind of lanky and soft, nobody's idea of an ubermensch, and the first thing he does on stepping off the lab's slab (in platform boots, no less) is quaff a stein of pilsener and belch. Is this some kind of clever anti-nationalist joke, or just a bunch of drunkards taking the incoherent piss? For better or worse, it's most probably the latter, and the joke truly curdles after Wagner rises from the grave brandishing an electric-guitar-machine-gun and shooting down cartoonish skullcapped Jews in a backlot ghetto.” 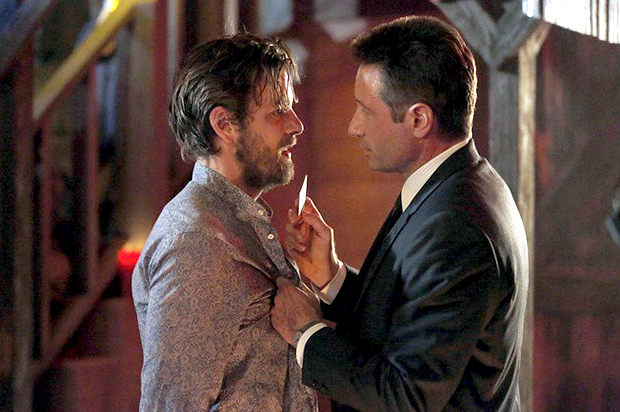 "Charles Manson, the counterculture and the rise of the Sunbelt political right: What 'Aquarius' nails about California in the '60s": Salon's Scott Timberg discusses the Manson miniseries.

“The show’s look at a changing California is not bad at all. In fact, next to David Duchovny’s performance as an old-school, flat-topped police detective, it may be the best thing about the show. Perhaps the key element that makes it work is the way ‘Aquarius’ looks at both sides of the social and generational tensions of its time and place. Typically, movies and television set on the West Coast in the ‘60s and ‘70s look at hippies, psychedelic culture, drugs, free love, the civil rights movement and so on. But it’s always the left (or young) side of the equation. ‘Aquarius,’ by contrast, gives us plenty of counterculture and ferment — acoustic guitars, footage of the Sunset Strip riots, endless pot smoke on Topanga porches, marginalized black Angelenos — as well as the conservative reaction that ended up being just as consequential.It’s easy to miss it if you only see what Hollywood turns out, but the ‘60s was a period of substantial conservative ascendancy — the beginning of the rupture of the liberal consensus — especially in California. Not only did Nixon slither out of Southern California — and get elected to president in 1968 — Ronald Reagan was sworn in as California governor in 1967, a few months before the Summer of Love commenced.” 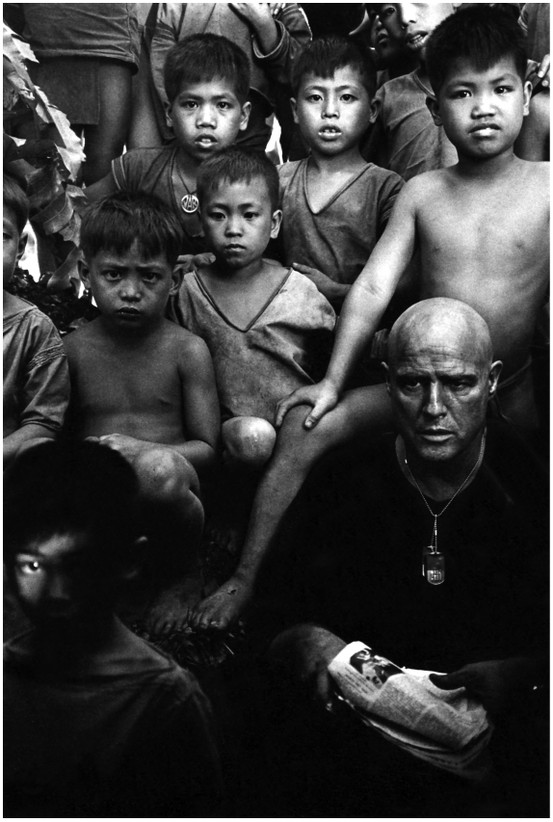 This snapshot of Marlon Brando on the set of "Apocalypse Now" was taken by acclaimed photographer Mary Ellen Mark, who passed away this month and was given a heartfelt remembrance by her friend, curator Zelda Cheatle, at The Guardian.

The video essays of Nelson Carvajal have always overflowed with poignant emotion, and that has never been more apparent than in this sublime tribute to his father, who passed away on May 29th.