“These lists are important: They affect the types of movies that self-proclaimed cinephiles and casual viewers alike seek out and watch, and they help define our ideas about whose perspectives matter. The exclusion of blackness from these film canons shapes our expectations about what constitutes greatness in film. And it helps cement the expectation that whiteness is somehow as “universal” in art as so many believe it to be in life. It’s time to fight the canons that be. Slate asked more than 20 prominent filmmakers, critics, and scholars—including Ava DuVernay, Robert Townsend, Charles Burnett, Gina Prince-Bythewood, Wesley Morris, and Henry Louis Gates Jr.—for their favorite movies by filmmakers of color and used their picks to shape our list of the 50 greatest films by black directors. (That restriction excluded many beloved movies about black people, like ‘Carmen Jones,’ ‘A Raisin in the Sun,’ ‘The Wiz,’ and ‘Coming to America.’ Many of those films are great and integral to understanding black film history—but this list is about the power of black people telling their stories.) Our goal is to change the way readers think about the history of movies—and to keep the conversation about black storytelling going long after the #OscarsSoWhite fury has dissipated. That controversy and the immediate responses to it—including the academy’s rule changes—only carry us as far as the Dolby Theatre. They don’t change the playing field. Despite everything, black filmmakers have produced art on screen that is just as daring, original, influential, and essential as the heralded works of Welles, Coppola, Antonioni, Kurosawa, and other nonblack directors. Films like ‘Daughters of the Dust,’ ‘Killer of Sheep,’ ‘Tongues Untied,’ and ‘Fruitvale Station’ deserve to be considered alongside the artistic masterpieces of the past century in cinema. But you should also consider this list an argument for a broader notion of what constitutes a “great” film—after all, many of the movies that have shaped black culture (and the broader American culture) don’t easily fit into the templates of auteurist, art house, or studio “quality” favored by the typical list-makers. Genre work, micro-budget indies, underground documentaries, comedies starring rappers—it was eye-opening to see what movies our panel of experts chose. (And didn’t choose.) The result: Slate’s Black Film Canon.” 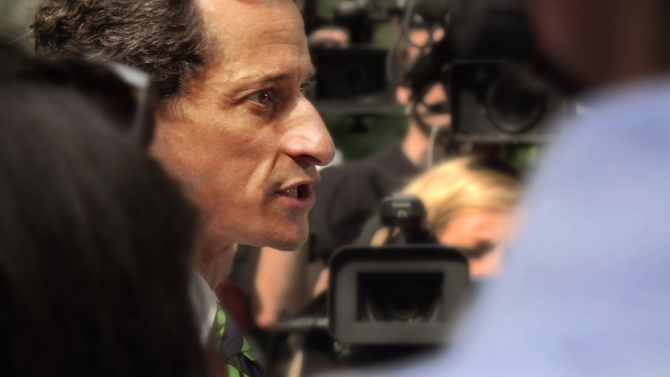 "'Weiner' Is the Most Relevant Documentary Since 'Fahrenheit 9/11'": An excellent review of Josh Kriegman and Elyse Steinberg's documentary by Variety's Owen Gleiberman.

“Kriegman and Steinberg brilliantly capture the media house of mirrors, with sound bites magnified into headlines refracted into entertainment inflated into global chatter. The mystery that still surrounds Anthony Weiner’s behavior is: How could he have done it…again? After he’d been caught and shamed? In the movie, the Weiner we see is an actor playing an unrepentant character who may just be himself. Even after that second wave of scandal, he jokes and dissembles and compartmentalizes, referring to what he did as ‘the thing’ or ‘the dumb thing,’ as if he’d been caught smoking a joint or deceiving voters about his taxes. He treats his transgressions as a triviality. After the famous MSNBC interview in which Lawrence O’Donnell asks him. ‘What is wrong with you?,’ Weiner watches a replay of the interview on his laptop, smirking with pleasure at his own defensiveness. He thinks it’s one of his greatest hits! So what is wrong with him?In ‘Weiner,’ what’s wrong with Anthony Weiner is that he won’t just do anything to save his career. He’ll say and believe anything. He’ll deny, deny, deny — and believe his own denials. His real addiction is to the postmodern maelstrom of media politics, in which every moment is an act of image management, to the point that image management becomes the essence of the campaign, and its substance too. The most fascinating figure in the movie is Huma Abedin, who starts off as radiant and intensely supportive of her husband but winds up skulking in the background of scenes, visibly unhappy at what she calls the ‘nightmare’ they’re going through. Even then, she’s eerily cool, calm, and collected, so the question lingers: Is she talking about a personal nightmare or a political nightmare? Or are they one and the same for her? At one point it’s reported by New York magazine that Hillary Clinton has offered Abedin a Sophie’s choice: either divorce Anthony or recuse herself from Clinton’s budding presidential campaign. The rumor is that Clinton can’t afford that baggage, and it’s easy to see why, since the baggage dovetails with her own.” 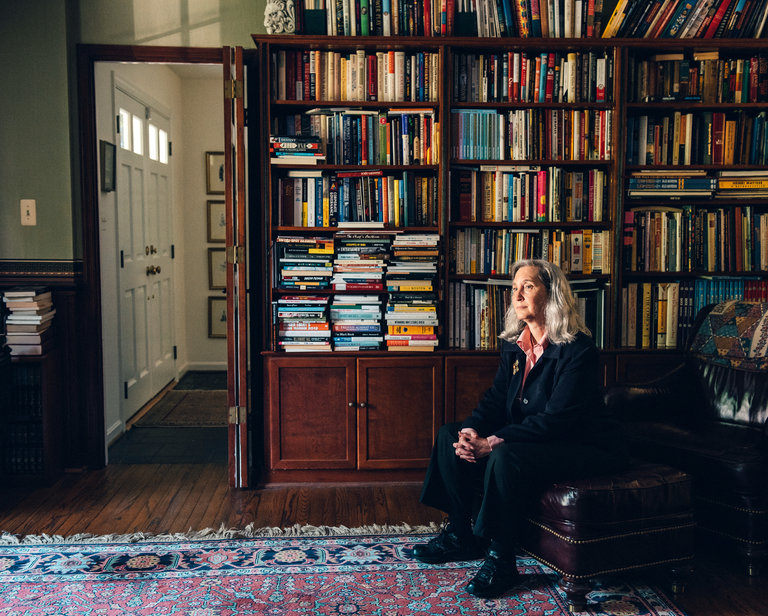 "Where More Women Are on Boards, Executive Pay Is Higher": Our own Nell Minow chats with Gretchen Morgenson of The New York Times.

“An analysis of C.E.O. pay at 100 large companies last year by Equilar, a compensation research firm in Redwood City, Calif., found that companies with greater gender diversity on their boards paid their chief executives about 15 percent more than the compensation dispensed by companies with less diverse boards. In dollars, this translated to approximately $2 million more in median pay last year among these companies. This data, which comes from a smaller set than Equilar’s broader study of pay at the top 200 companies, doesn’t necessarily prove cause and effect, of course. There could be other reasons for the disparity, too. The more diverse companies could be bigger or more profitable than average, for example. Still, it stumped me. For some reason, I had expected women directors to stand tougher on pay issues. But Nell Minow, a longtime expert on corporate governance, was unsurprised by the findings. ‘It’s very difficult for women to get on boards, and I think they are under even more pressure to go along and get along,’ said Ms. Minow, a vice chairwoman at ValueEdge Advisors, a consulting firm that works with shareholder groups on compensation and other issues. ‘The culture of the boardroom is to vote yes. You want to stay on the board, don’t you?’”

“‘No Wall Street movie has ever had a bad box office,’ Sarah Megan Thomas, the producer and star of indie thriller ‘Equity,’ says. ‘If we do a good job, it means we make money.’ Thomas did the profit-margin research. She and her producing partner and co-star Alysia Reiner (‘Orange Is the New Black’) are hedging their bets on the film's financial success, which in the indie world could simply mean recouping the film's budget. But there are other factors to consider that still make ‘Equity’ a risk. It's a tense Wall Street thriller, and tense Wall Street thrillers are difficult to pull off on an indie budget; authentically re-creating the imposing decor of flashy conference rooms and the high-powered people who work in them takes either cash or ingenuity. Luckily, Thomas and Reiner nabbed production designer Diane Lederman, who worked on ‘Wall Street: Money Never Sleeps’ (2010). But the film's risks transcend its aesthetics; lurking in every scene, in every unsaid word and every downed cocktail, ‘Equity’ sneaks something so groundbreaking into the story, without ever referencing it, that you have to wonder why this particular angle hasn't been done before: From the auxiliary characters of doctors and lawyers to the three big stars, women are everywhere. If the magnitude of this doesn't quite set in, imagine you're watching ‘Wall Street,’ but Michael Douglas is a badass Anna Gunn (‘Breaking Bad’) grooming a female Martin Sheen (Thomas) and being threatened by a lady U.S. Attorney (Reiner), who also happens to be married to a woman (Tracie Thoms).” 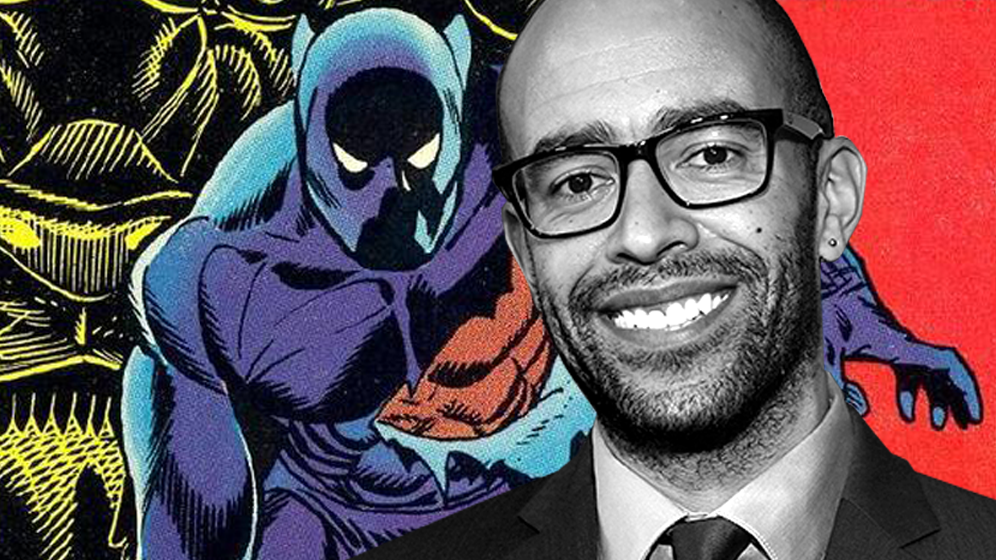 "The man who put Marvel in the black": At The Undefeated, Kelley L. Carter discusses how Nate Moore is "making the future of film."

“Moore came to Marvel just over six years ago from Exclusive Media, where his team worked to finance their films by selling to international territories. He’s also an alum of Participant Media, which uses films to increase awareness of social issues. Those experiences — and his love of comics — made him a great fit for Marvel, which in 2009 was in the middle of making what would become the massively successful ‘Iron Man 2.’ Marvel Studios’ president, Kevin Feige, was looking to expand the producing arm of the company because it was clear from the early success of 2008’s ‘Iron Man’ meant more were going to get made. Moore came on to run Marvel’s writer’s program, which had just gotten off the ground. The idea was for in-house staff writers to take stabs at little-known characters. At the time, Feige realized that the company was building toward ‘The Avengers,’ and there was a need for characters outside of that realm. ‘Even back then,’ Moore said, ‘Kevin realized, ‘Oh, we have to diversify what we’re doing. It’s not just going to be Iron Man 7 and Captain America 5. We have to figure out ways to launch these other characters who have compelling stories in their own right, but maybe just aren’t as well-known to the layperson.’’ One of the projects Moore began developing early on in the writer’s program was the Black Panther film, a personal and professional victory of his. In 2014, Marvel announced it’d be producing a stand-alone Black Panther film — an announcement met with much fanfare and celebration. With Ryan Coogler as director. And a mostly black cast. From Marvel. With Marvel money. And Marvel expectations. Surely, you jest.” 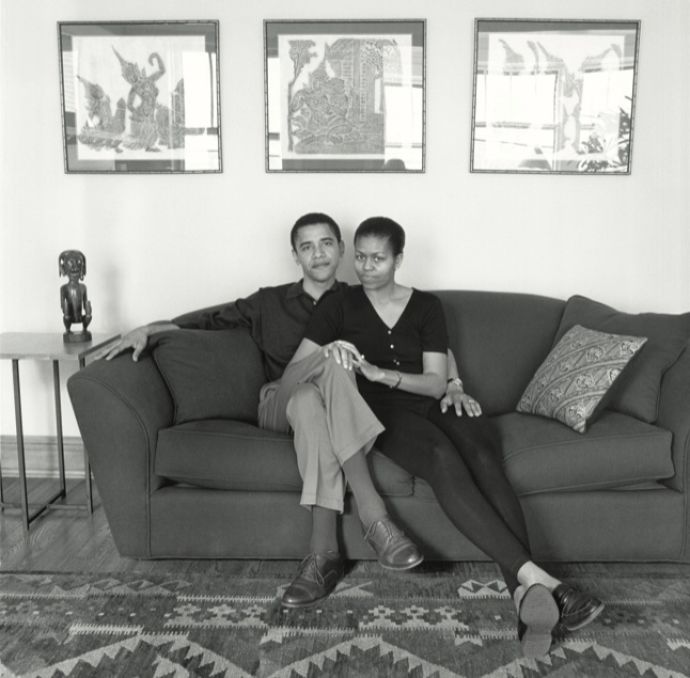 The New Yorker looks back at Mariana Cook's 1996 interview with Barack and Michelle Obama.

Lee Hardcastle directs this stop-motion ode to John Carpenter's "The Thing" in the style of the hit kids show "Pingu."