"Sex, Skin & Nerve in Cannes: 5 Top Lessons From the French Film Festival So Far": According to The Wrap's Steve Pond.

“When asked about the proper length for a man’s legs, Abraham Lincoln once famously said (or was reputed to have said) that they should be long enough to reach from his waist to the ground. Going by the cinematic version of Abe’s rule, a film should be long enough to last from its beginning to its end – and in the view of many of the directors who have brought films to Cannes this year, that can be a long time. Of the nine competition films that have screened so far, four are longer than two hours and 25 minutes and three top 2:40. The talky Romanian drama ‘Sieranevada’ lasts for 2:53, Park Chan-hook’s ‘The Handmaiden’ has two hours and 25 minutes of stylish sex and intrigue, and Maren Ade and Andrea Arnold both came up with films that meandered for 2:42 in ‘Toni Erdmann’ and ‘American Honey,’ respectively. Excessive length can be fine: In the case of ‘Toni Erdmann,’ I thought it gave the film’s character studies room to breathe, and the film felt far shorter than its running time. Or it can be distracting, as I felt it was in the interminably episodic ‘American Honey.’ Still, most of Cannes’ marathon films were frontloaded into the first few days: Of the dozen films left to screen in the main competition, six are longer than two hours but the longest, Kleber Mendonca Filho’s ‘Aquarius,’ is only 2:20. So maybe 2:40 isn’t the new 2:00 after all.” 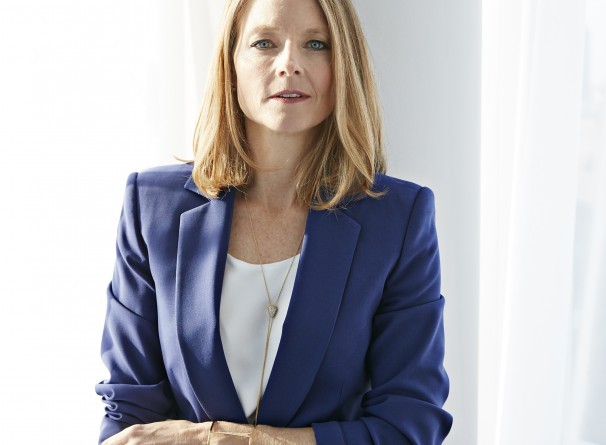 "How Jodie Foster stays one of the most 'real' stars in Hollywood": In conversation with The Washington Post's Ann Hornaday. Related: USA Today's Bryan Alexander explains how "Cannes struggles with representation of female directors."

“One need only consider an exceptionally painful chapter to appreciate Foster’s struggle when, during her freshman year at Yale — when she was supposed to be enjoying a hard-won period of young adulthood in relative anonymity — a man who had been stalking her attempted to assassinate President Ronald Reagan. That’s just the most anguishing example of an existence defined by a private life that Foster has guarded with single-minded determination and a public version of herself she still has trouble comfortably inhabiting. ‘I see George and Julia and I’m like, ‘Oh, my God, they’re really good at that,’’ Foster says of the glad-handing, glib small talk and feigned intimacies of the fame game. ‘And I’m getting worse and worse!’ That’s not entirely true. She’s eager to talk about ‘Money Monster,’ in which Clooney plays Lee Gates, the swaggering, superficial star of a cable financial show who’s taken hostage by a young man, played by Jack O’Connell, whose savings have been wiped out by one of Gates’s stock tips. Roberts plays Gates’s director, Patty, whom Foster calls the host’s ‘Jiminy Cricket’ and ‘the hero he can’t be.’ In addition to being a ‘Speed’-like thriller, complete with guns, SWAT teams and a ticking time bomb, ‘Money Monster’ is about a specific, now increasingly common form of male shame at its most wounding and unspoken.” 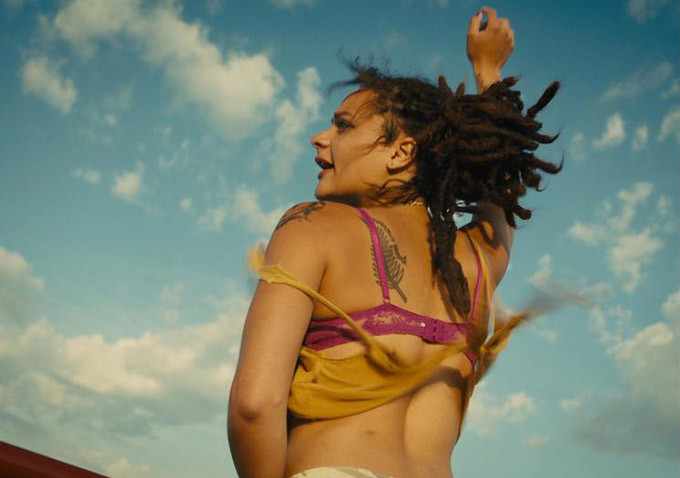 "Cannes Review: 'American Honey' Proves Andrea Arnold is One of the Best Working Filmmakers and Finds a Breakout Star in Sasha Lane": A rave review from Indiewire's Eric Kohn.

“Anchored by a stunning turn by newcomer Sasha Lane, ‘American Honey’ finds the British Arnold importing her style to the American midwest. Lane plays 18-year-old Star, a soft-spoken Texas native raised in squalid conditions by her abusive father in Oklahoma. In the opening minutes, she encounters a peculiar group of energetic youth at her local supermarket, headed by the suave Jake (Shia LaBeouf), who talks the young woman into escaping her broken home and joining the merry gang in a cross-country odyssey. Arnold's usual combination of lyrical imagery and gritty behavior reaches its apex here, as Star gets swept up in the excitement of fresh, unfiltered reboot. Before long, Star finds herself huddled in the back of a minivan with the boisterous crew as they continue through small towns selling magazine subscriptions to finance their hedonistic exploits. Through the colorful group of characters — with names like Pagan, Katness, and QT — suggest that Star has finally found her place with pariahs who, like her, don't really belong anywhere. Imagine ‘Spring Breakers’ with a clearer trajectory: ‘American Honey’ invokes the explosive sense of liberty that comes with living dangerously.” 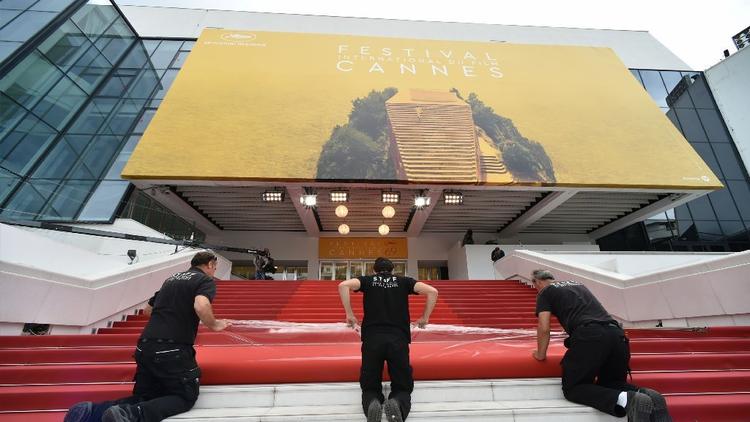 "An apocalyptic air hangs over the Cannes Film Festival": A report from Kenneth Turan of The Los Angeles Times.

“Darker thoughts seem everywhere at the festival this year. Instead of its usual story featuring smiling stars arriving at the airport, the local daily newspaper Nice-Matin ran the words ‘High Security’ on its front page followed by a two-page spread headlined ‘The 69th edition faces a terrorist menace.’ With France remaining under the state of emergency that began after the November Paris attacks, the city of Cannes has hired a top Israeli consultant to beef up security, but people are still worried. ‘I’d be happy,’ Sony Pictures Classics co-president Tom Bernard told the Hollywood Reporter, ‘to see dogs roaming the lobby of the Carlton.’ Even the billboards for forthcoming films posted around town have something of an apocalyptic air. Yes, a revolving sculpture created from enormous playing cards that advertised ‘Now You See Me 2’ is charming, but then there was the poster for something called ‘Tsunami L.A.,’ complete with an illustration of the world’s biggest wave smashing into Pacific Coast Highway and the head-shaking tagline ‘Traffic’s Gonna Be A Bitch Today.’ Still, the hope for the more than 200,000 cinephile visitors (including a mind-boggling 5,000 journalists) who annually flood this resort town is that the films, starting with Allen’s record-breaking third opening night (after ‘Hollywood Ending’ in 2002 and ‘Midnight In Paris’ in 2011) will lighten the mood.” 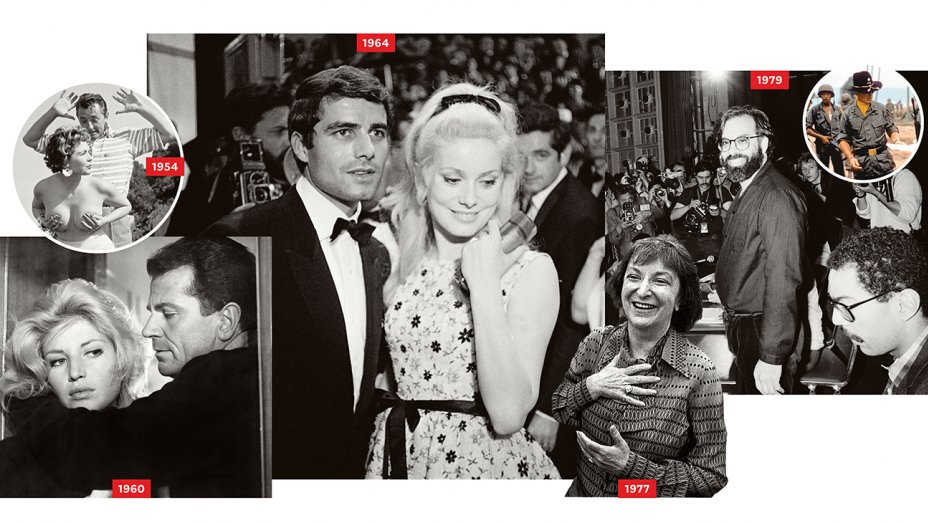 "Critics's Notebook: Todd McCarthy on How Francis Ford Coppola and 'E.T.' Turned Cannes Into a Frenzied Mammoth": A terrific piece published in The Hollywood Reporter.

“It took a long time — more than two decades — for the American press to even begin to take notice of Cannes in any serious way. The occasional glamorous or outrageous photograph — of Grace Kelly with her husband-to-be, Prince Rainier of Monaco, or Robert Mitchum being embraced by a topless French starlet — might make its way into U.S. magazines back in the 1950s. But other than in trade publications, specialized film journals and a handful of European papers and magazines, Cannes in those days was never covered extensively or in any serious way, and was perceived, if at all, primarily for its glamour. After its initial edition was aborted in September 1939 due to Hitler's invasion of Poland, and following a hiccupping relaunch from 1947-51, when insufficient financing forced its cancellation every other year, the Cannes Film Festival got rolling as an annual April event in the early 1950s. Hollywood was quick to jump on board, but it's little remembered that for nearly 20 years the American selections were hand-picked by the Motion Picture Association of America and were either established prestige titles and Oscar winners (‘Marty,’ ‘Around the World in 80 Days,’ ‘Ben-Hur,’ et al.) — or films that served as effective propaganda against the Russians and Eastern bloc nations (which were active participants in Western European film festivals in the Cold War era). Two Paris-based American fixtures at the festival from the very beginning until their deaths were Thomas Quinn Curtiss, who wrote mostly for the Herald Tribune, and Gene Moskowitz a World War II G.I. who covered Cannes for Variety from 1949 until his untimely death in 1982. But even into the early 1970s, however, precious few American journalists or critics were making the Atlantic crossing to cover Cannes. The New York Times' lead critic of the period, Bosley Crowther, did pop over on occasion, but the only legacy of his coverage was a heavily negative one: His multiple pans of Orson Welles' ‘Chimes at Midnight’ at the 1966 festival served to delay the American release of this brilliant film for two years (there were no other American critics present to counter Crowther's hostility).” 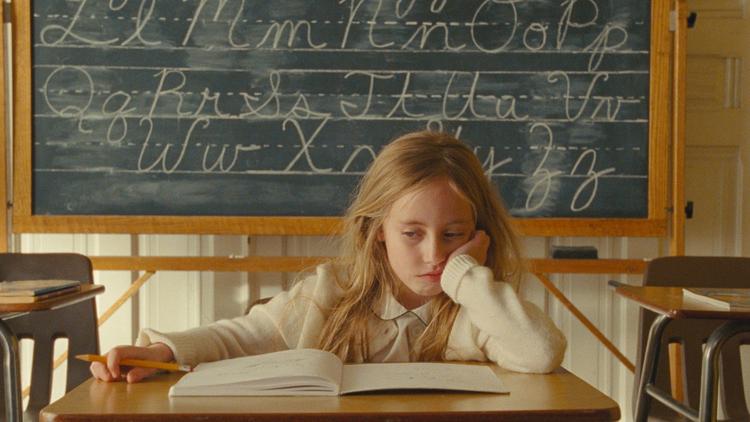 Chloë Sevigny chats with Steven Zeitchik of The Los Angeles Times about her short film, "Kitty," screening at Cannes.

Manohla Dargis of The New York Times chats with Steven Spielberg about his latest film, "The BFG."