"How Hollywood Keeps Out Women": An infuriating, essential investigation from Jessica P. Ogilvie at L.A. Weekly.

“Women are not tapped for power jobs in Hollywood. Their numbers trail far behind the percentage of females in executive positions in other heavily male-dominated endeavors, including the military, tech, finance, government, science and engineering. In 2013, 1.9 percent of the directors of Hollywood's 100 top-grossing films were female, according to a study conducted by USC researcher Stacy L. Smith. In 2011, women held 7.1 percent of U.S. military general and admiral posts, 20 percent of U.S. Senate seats and more than 20 percent of leadership roles at Twitter and Facebook — and both companies now face gender-discrimination lawsuits.In the wake of the Sony email-hacking scandal, and following Patricia Arquette's rallying cry at the Oscars, some well-known Hollywood figures are openly saying that an ugly bias grips the liberal, charitable, Democrat-dominated movie industry. ‘You have to be protective and arrogant’ to direct, says screenwriter Diablo Cody, winner of the Academy Award for 2007's ‘Juno’. ‘Those are great qualities, but people hate it in women. We talk about this on set all the time. You'll hear about a male director throwing stuff; we just laugh, because a woman would never work again, no matter who it was.It would screw her in every aspect of her life. I just think that there's a deep, rotten core in society. To me, it is just straight-up misogyny.’” 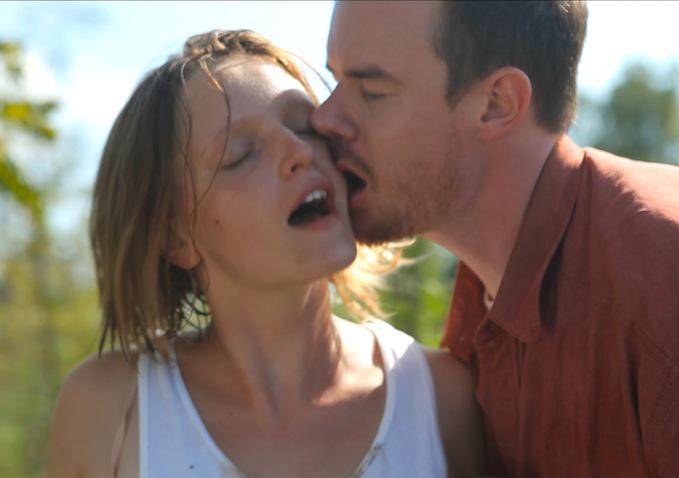 “In the color sessions that I've sat in on, one thing I've always felt self-conscious about is the language of color, and when to say things like ‘crunch the blacks’ and ‘warm up those highlights.’ Decker says she often uses non-color terminology. ‘Make it scary, make it beautiful,’ she said. One of her references for the film was actually Super Mario Kart. ‘You know that level that is all black where you're on a rainbow track? Ultimately, we didn't go with ‘rainbow', but we did get super saturated,’ she said. ‘Thou Wast Mild and Lovely’ a sensual thriller starring ‘love, death, guns, goats, and a farm in the wilds of Kentucky’ had a very vibrant look, one that Decker describes as dark, brooding, with a brilliance. ‘Almost like beauty is lurking under the surface of the darkness,’ she said. Smith has a really great way of describing how she talks about color. ‘I speak in a weird language of feeling with everyone when I'm working,’ she said. ‘You're always trying to get at things you don't have words for, so you have to often dance around the meaning until it reveals itself.’” 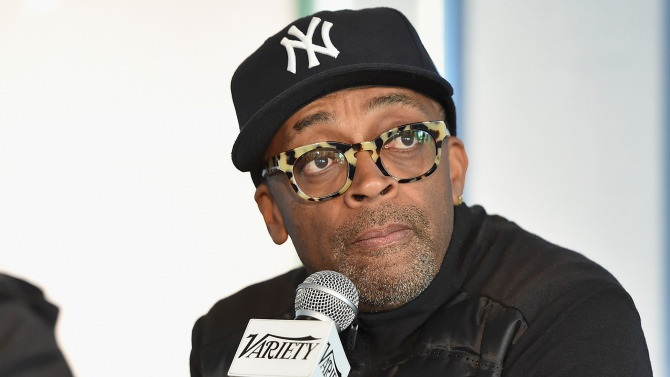 "Spike Lee On Digital Viewing of Movies: 'It's Heartbreaking'": Variety's Brian Steinberg reports on the director's comments made at the publication's Entertainment and Technology conference.

“‘I know I’m a dinosaur,’ Lee said while holding forth at Variety’s Entertainment and Technology conference in New York, but ‘there’s something still for me actually being in a movie theater’ and seeing a film with a group of people. The director said he was taken aback by the notion that some people might watch ‘West Side Story,’ ‘Star Wars’ or ‘Apocalypse Now’ on a smartphone screen. ‘I know it’s not a popular view, but as a filmmaker — we kill ourselves with editing. With lighting. With sound,’ he said, adding: ‘It’s heartbreaking.’ Lee appeared with Marc Ecko, the media and fashion entrepreneur. Lee recently agreed to join Ecko’s Complex media and marketing business, becoming a board adviser for video products and branded content. Lee is no stranger to the world of advertising, having long overseen ad work at Spike DDB, part of the large DDB Worldwide unit of ad holding company Omnicom Group. The director said he felt at home tackling commercial work and filmmaking. ‘It’s just storytelling,’ he said. ‘That’s the way I approach it.’” 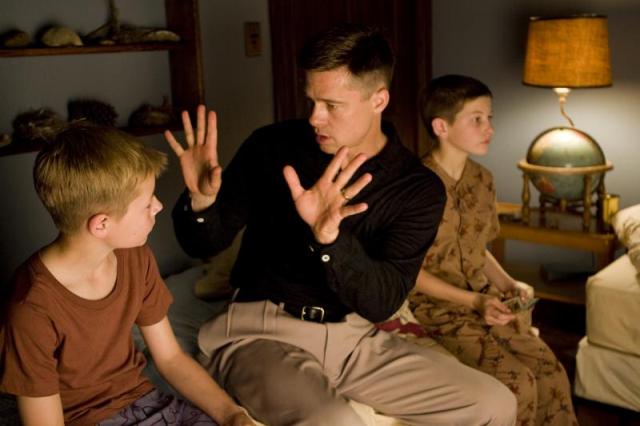 "All Things Shining in Terrence Malick's 'The Tree of Life'": At Indie Outlook, I've reposted my 2011 essay on Malick's divisive, exhilarating masterpiece, which premiered at Cannes four years ago this month.

“Once the film settles into the tale of Jack’s own evolution, the film reveals itself to be an ideal companion piece for Malick’s under-appreciated 1998 masterwork, ‘The Thin Red Line.’ Both films take place on a battlefield, though in the case of ‘Life,’ the war is one of ideas and the opposing armies are within the form of a mother and father. Mr. O’Brien’s worldview is both jaded and practical, whereas Mrs. O’Brien believes in the enriching power of grace. The father’s rigidity causes him to treat his children as if they were soldiers preparing for battle. He warns them of the dangers of being ‘too good,’ whereas Chastain teaches them to find the good in all things. To Malick, their warring philosophies seem to represent the ultimate dichotomy of the human spirit. It’s hard to watch scenes of their verbal altercations and not be reminded of the similar discussions in ‘Line’ that take place between Sean Penn and Jim Caviezel. In some ways, the adult Jack is an extension of Penn’s character in ‘Line,’ as he finds himself becoming like the father he had always loathed. He floats through life like a ghost, searching for the spark that had once ignited his soul.” 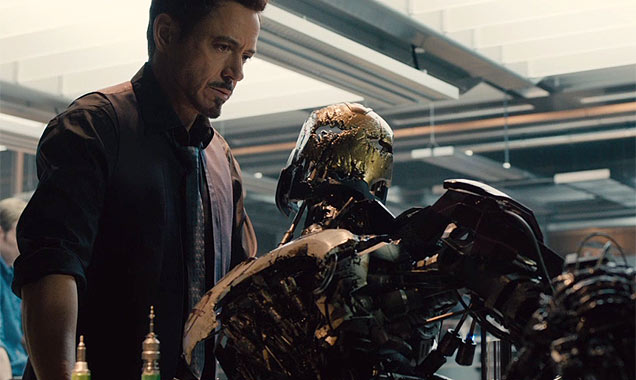 “These ‘Avengers’ movies are incredibly difficult to pull off, as they literally need to be greater than the sum of their parts. This can’t be ‘Iron Man and the Avengers.’ It has to be a group of equals. Whedon not only understands this, but underscores it in this film with the emphasis placed on the Hawkeye character. I remember when the first film came out, after watching the trailer, my wife incredulously said to me, ‘What’s Bow-and-Arrow Guy gonna do?’ It’s a good question; when we’ve got demigods and hulks running around, what can one man- albeit an extremely skilled one- contribute to the team? When it comes to the physical fighting, Hawkeye holds his own, but often realizes that he is outmatched, but goes ahead anyway, and the film champions this as true heroism. However, we see that the Hulk, possibly the most powerful member of the team, brings with him tremendous liability and danger. Tony Stark, the smartest of the team, brings tremendous amounts of ego and hubris, to the extent that the primary threat in the film is literally created by him. While these men are remarkably powerful, they need somebody like Hawkeye and Black Widow to keep an emotional and philosophical balance. So, ultimately, everybody has a part to play, and every part is important.” 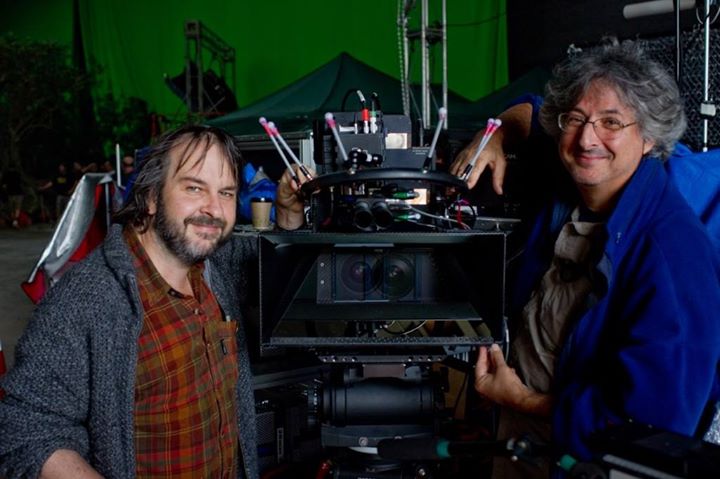 BLACK FRIDAY: an appropriated video from Nelson Carvajal on Vimeo.

This brilliant 2013 video is one of many works from the acclaimed, Webby-nominated video essayist, writer and filmmaker Nelson Carvajal that will be screened for free as part of Oracle's Aperture Series in Chicago. Carvajal will participate in post-film discussion May 1st and 2nd, and I'll be on hand to discuss the films on May 3rd.