"The Woody Allen Interview (Which He Won't Read)": An excellent piece from Stephen Galloway of The Hollywood Reporter.

“‘People often have said, 'Gee, you live in a bubble' — and maybe I do,’ admits Woody Allen as he settles into an armchair inside his private screening room on New York's Upper East Side. A creature of habit, he has been watching movies (and taking meetings) in this somber little theater for the past 35 years. ‘I get up in the morning,’ he says, ‘take the kids to school, then do the treadmill, then get into my room and work, have lunch, go back and work, practice the clarinet, see friends or go to a basketball game. It's a bourgeois, middle-class worker's life. But it's enabled me to be productive over the years.’ Productive is putting it mildly. Allen has churned out a movie a year — from classic New York comedies (‘Manhattan,’ ‘Hannah and Her Sisters’) to Bergman-esque dramas (‘Interiors’) to stylish London-set crime capers (‘Match Point’) — since the 1980s, with combined grosses of nearly $600 million. He barely missed a beat even during the tumultuous 1990s, when his split from Mia Farrow threatened to blow up his reputation (accusations that Allen abused their then-7-year-old daughter Dylan were not pursued by police after an investigation, but the battle still rages, with a grown-up Dylan reasserting the claims two years ago in The New York Times). Right on schedule, Allen is about to bring his 47th picture to Cannes — ‘Cafe Society,’ a coming-of-age tale set in the 1930s about a young man (Jesse Eisenberg) who moves from New York to Hollywood, where he lands a job with a big-time agent (Steve Carell) and falls in love with a pretty assistant (Kristen Stewart). ‘It was such a glamorous time in California,’ says Allen. ‘You'd read about the Mocambo and the Cocoanut Grove and Ciro's and all the movie stars going out at night. And then there was New York nightlife — socialites and politicians and gangsters.’ At 80, Allen no longer is the bespectacled, saddle shoe-wearing comic genius who famously was too busy playing clarinet at Michael's Pub to collect his Oscar for ‘Annie Hall’ (at least he doesn't wear saddle shoes anymore). But on this April morning, the razor-sharp director invites THR inside his ‘bubble’ for a conversation covering everything from his 20-year marriage to Soon-Yi Previn, now 45 (they have two daughters, 15 and 17; he also has three children with Farrow), to his nonexistent relationship with technology. He doesn't use a computer but, ironically, is now part of the Amazon revolution. The internet giant not only bought ‘Cafe Society’ for $15 million — marking the end of Allen's six-film run with Sony Pictures Classics — but also is funding Allen's first streaming TV series, a limited-run comedy in which he will co-star with Elaine May and Miley Cyrus.” 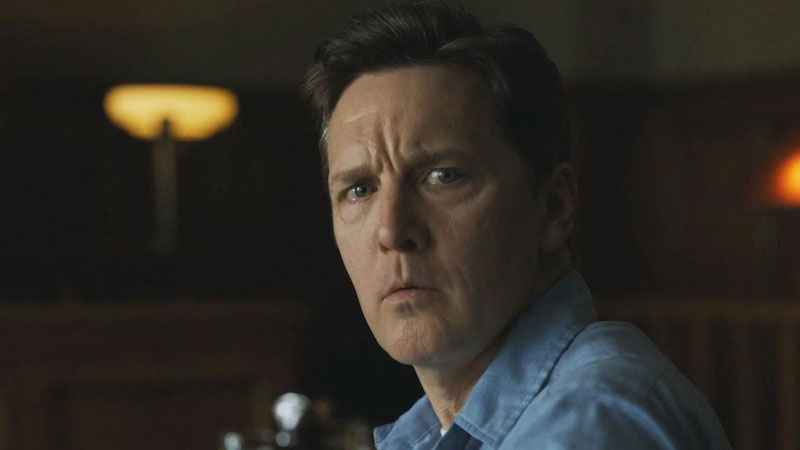 "Is Acting Really Just Being the Drunk Uncle Who Shows Up On the Couch with the Bag of Fritos? Andrew McCarthy on Directing TV": Another wonderfully titled interview conducted by Filmmaker Magazine's Jim Hemphill.

“[Filmmaker:] ‘I would think it would be challenging to lose self-consciousness in the way that you need to as an actor when you’re directing yourself, since to direct you have to be hyper-aware of everything.’ [McCarthy:] ‘I’d only done it once before, and it was the first time I ever directed episodic. I was on a show called ‘Lipstick Jungle,’ and directing that was a lot more overwhelming – mainly because it was all new to me. It wasn’t as hard as you would think on ‘The Family,’ because the guy was so specific and not really me, whereas so often characters are just an extension of yourself. Here it was like putting on a hat, because everything about Hank was so different from me both internally and physically, down to his walk. But it did take a little adjustment, because he’s very insular and doesn’t speak a lot, and directing is anything but that – you have to really take the floor and communicate well to a large group of people so that they all know what they’re supposed to be doing. So it took a few minutes sometimes to make that shift; when I was directing myself I probably slowed down a bit. But there was also great liberty because the first thing I had to check at the door with this character was my vanity, so I wasn’t ever looking at the monitor thinking, ‘Oh God, that’s not a good angle for me.’ Making sure I was attractive was removed from the equation, because nothing about this guy was attractive! [laughs]’” 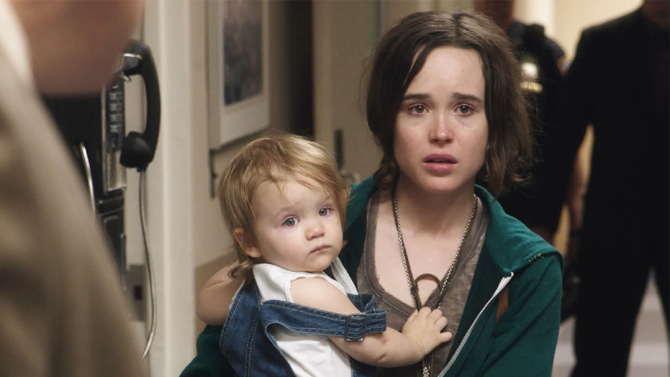 “‘Tallulah,’ the story of a homeless woman who steals a baby, reunites the ‘Juno’ team of Allison Janney and Ellen Page, but despite the film’s star power, bringing the indie to the big screen was a decade-long struggle. The reason? Producer Heather Rae pointed the finger squarely at Hollywood’s boy’s club mentality. ‘At the time this film was deemed not commercially viable, because it was a woman’s story, and it wasn’t about getting the guy,’ Rae said at a private screening on ‘Tallulah’ in New York, noting that executives said as much to her face.But despite profitability concerns, the film was snapped up by Netflix for $5 million, before it even premiered at Sundance last winter. ‘Tallulah’ will be released on Netflix on July 29, and in select theaters.Rae was joined at the panel on shifting roles for women in the entertainment industry by two prominent female producers, Lydia Dean Pilcher (‘The Namesake’) and Alix Madigan (‘Winter’s Bone’). All three said that despite increased noise about the need for diversity, and even though female-driven films such as ‘Bridesmaids’ and ‘The Hunger Games’ have been financially successful, it is still hard to get pictures driven by, starring, and directed by women financed.” 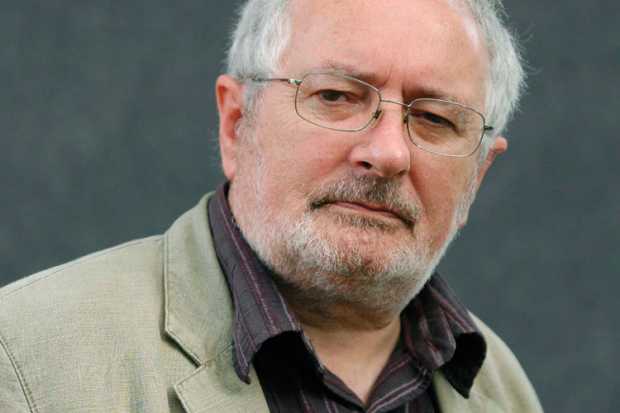 "Interview: Terry Eagleton": From the archives: An enlightening chat with the literary theorist at Times Higher Education.

“It has been 50 years since Terry Eagleton, at the age of just 21, became the youngest junior research fellow at Jesus College, Cambridge since the 18th century, thereby embarking on a career that, as early as the 1980s, made him one of the world’s best-known literary critics and left-wing public intellectuals. Given his political reputation, it was perhaps surprising that he went on to become the Thomas Wharton professor of English literature at the University of Oxford, although perhaps less surprising that he was, reputedly, once described by Prince Charles as ‘that dreadful Terry Eagleton.’ When we meet at Lancaster University, where he is now a distinguished professor, to talk about his half-century – years that Eagleton had suggested we might call the ‘disaster years’ – I begin by asking, as if to double-check his literary credentials, for his favourite novelist and poet, respectively. Proust, he says, and Wallace Stevens. And music? ‘Mozart’s Clarinet Concerto in A Major,’he replies, ‘and Teddy Bears’ Picnic, though not necessarily in that order.’ Proust, Mozart and Oxford might seem, I suggest, a long way from his childhood in Salford. He agrees, recalling that ‘they used to say of the river there that not even canned fish could survive in it.’ He is quick to mention his father, himself a socialist – ‘a highly intelligent man, a deeply intelligent man,’ says Eagleton. ‘I doubt he ever read a book in his life.’ Eagleton has no idea where he himself got the strange idea of reading books, but recalls that ‘about the age of eight, I was seized by the idea that I had to read the classics. I didn’t know what the classics were, or whether they were three books or 300, and so dragged my poor mother to a second-hand bookshop in the middle of Manchester, and there was a row of Dickens novels. I said to the man, ‘Is that the classics?’ And he said, ‘Well, yes, part of the classics.’ So my mother put down five shillings and paid the rest off in installments of two-and-six. I read my way doggedly and uncomprehendingly through quite a few of them.’” 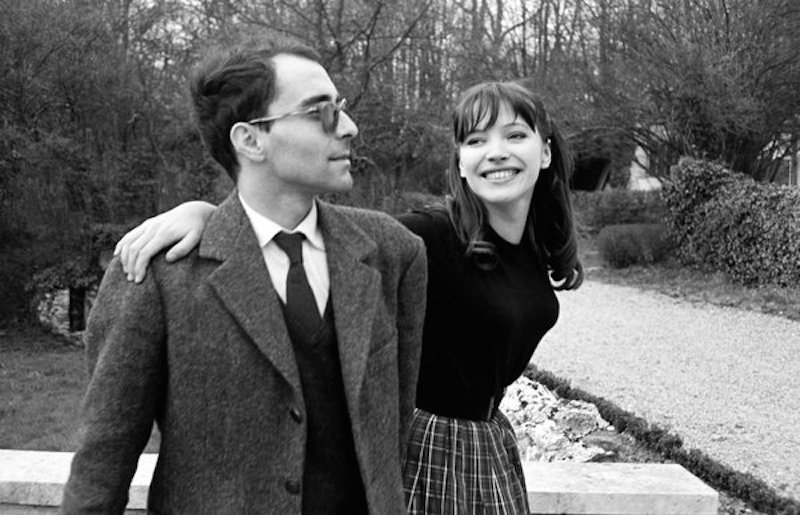 "Anna Karina Recalls Her Life in Film With Jean-Luc Godard": In conversation with our own Glenn Kenny at The New York Times.

“In ‘Le Petit Soldat,’ their first film together (although its release was held up for several years by French censors), she was the young revolutionary as object of desire. In ‘A Woman Is a Woman’ (1961) she was a stripper flirting with domesticity. In ‘Vivre Sa Vie,’ Ms. Karina played a desultory beauty who drifts into streetwalking on the way to cinematic sainthood. ‘Band of Outsiders’ saw her as naïve, coquettish but clever, with a streak of mischief. In ‘Alphaville,’ she was a robotic woman of the bleak future, introduced to love via poetry by the tough guy Eddie Constantine. For their final collaborations, Mr. Godard made his soon-to-be-ex-wife a femme fatale. (They divorced in 1965.) In ‘Pierrot Le Fou,’ she seduces and double-crosses Jean-Paul Belmondo, and in ‘Made in U.S.A.’ she gender-reverses the trench-coated noir antihero, leaving a trail of corpses. ‘We appreciated that what we were doing was different through the way Jean-Luc directed us, physically,’ she said on the phone. ‘In older Hollywood movies, a character will make an entrance, close a door, light a cigarette, sit down, have a drink. In Jean-Luc’s movies, you were doing everything at once, and sometimes you wouldn’t shut the door all the way. Sometimes your cigarette wouldn’t light on first try. You were always moving through the scene in an active way that was more like being than acting.’” 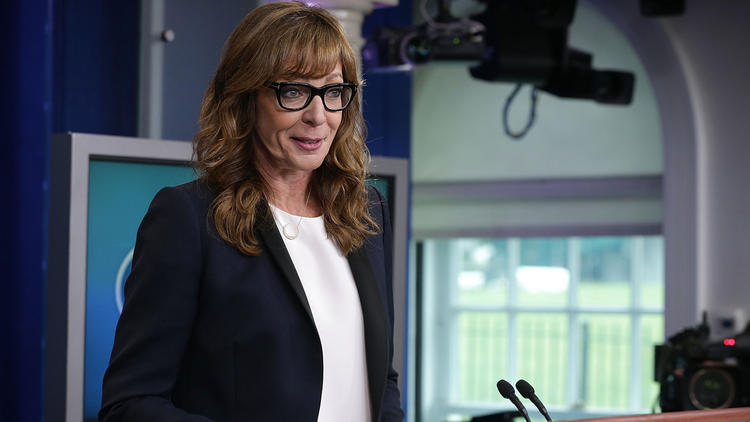