"'Personal Shopper' and the Movies That Haunt Us": An essential essay from Stephen Cone, director of "The Wise Kids" and "Henry Gamble's Birthday Party," at The Talkhouse.

“‘Haunting’ has become an annoyingly go-to descriptor for any film that speaks softly and elliptically, and yet to me ‘Personal Shopper’ epitomizes the term in new, exhilarating ways, not so much because it is, on the surface, a classically literal ghost story, but because the entire operation – as an invented work of art – feels haunted by so many presences: there is the perceived ghost within the story; the very imaginative idea of her unseen brother; the digital persona of Maureen’s boyfriend (seen only via Skype in the film); the fictional spirit that is the non-existent character of Maureen played by Kristen Stewart; the peripheral characters on screen; not to mention, the supernatural creative impulse behind Assayas’ original idea, the ghost of the movie itself, and of movies and beings, past, present and future, that continue to live inside Assayas and Stewart. When I saw ‘Personal Shopper’ last week, I was not prepared for what an overwhelming effect it would have on me; I’m not sure I’ll ever know exactly why. Oddly, though, walking out into the crisp Chicago evening before descending into the subway station below State Street, my first thoughts were about the spiritual qualities of literature. Much has been written about film as a communal experience, and indeed we’re living in a disconnected age when this feels particularly important to harp on. But the crowd around me faded away during ‘Personal Shopper,’ the experience closer to reading a passage in a book one feels is being directly and personally communicated from an outside source; a voice from beyond. As I climbed onto the Red Line train to Howard, heading home, I pondered other times that felt this way after seeing a movie. I could think of only three films: ‘Boys Don’t Cry,’ ‘A Woman Under the Influence and ‘Shoah.’” 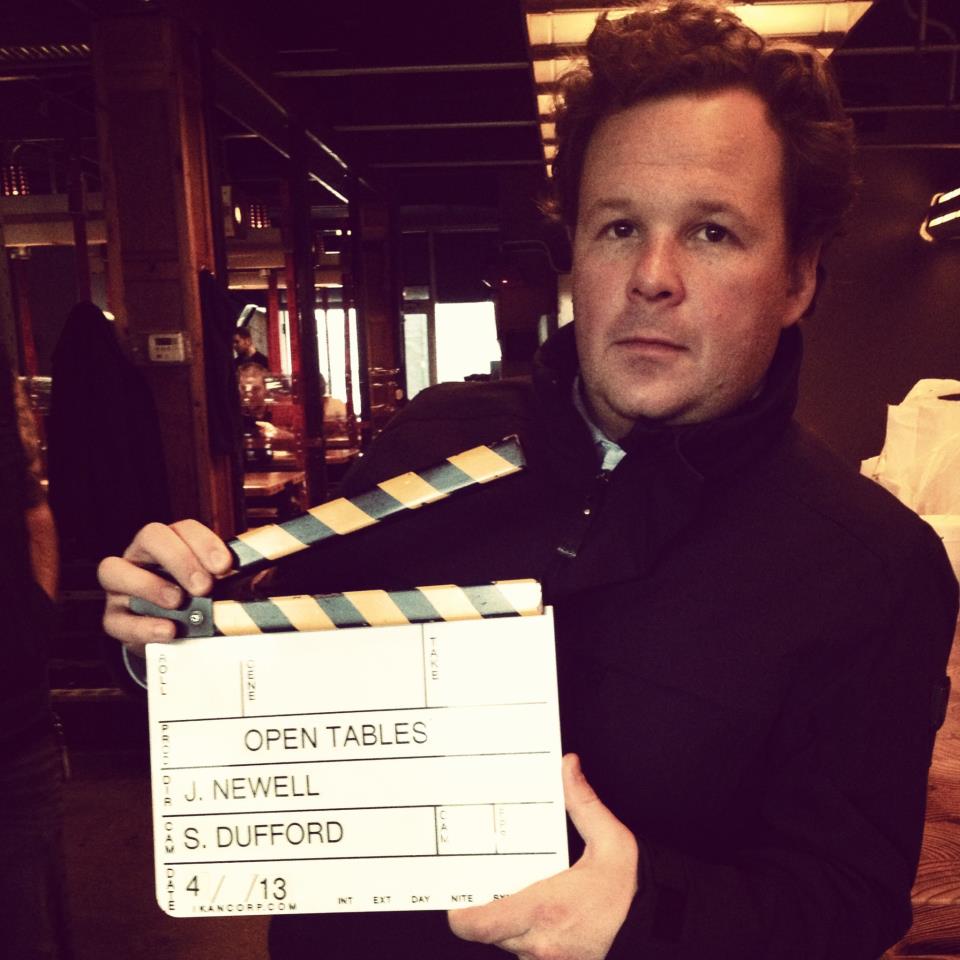 "Jack C. Newell on 'Open Tables'": From the archives: My 2013 Indie Outlook interview with the Windy City filmmaker about his terrific film, which is now available on iTunes and VOD.

“‘Close Quarters’ was an experiment in storytelling, both from a logistical and artistic standpoint. Part of my issue with the film is that it doesn’t reach a point as much as I wanted it to. One of the reasons why ‘Open Tables’ is more scripted is it allows me to guide the narrative in the direction that I want it to go. Sometimes when people hear “improv,” they think of bloopers in a Judd Apatow comedy. I believe screenplays are only supposed to be used as a blueprint or a jumping off point for a film. I don’t think they should be directly translated from screenplay to movie. Otherwise, what’s the point of making it? You might as well just write the screenplay, frame it and move on. I don’t know if I’ll ever write a 120-page script with all of the dialogue intact and expect it to be delivered exactly as it’s written. I want to hire good people, and they don’t necessarily have to be improvisers. In our case, we literally have the best improvisers in the world. I don’t think that’s a boast, I think that’s a fact. How much did the French New Wave or Italian Neorealism guys stick to the script? Was there even a script? In ‘Close Quarters,’ you have stories that are all happening at the same time, so it’s a little like spinning plates. Each one is spinning at the same time. With ‘Open Tables,’ I wanted the story to reach the sort of climax that functions as a binary moment. It’s usually in the form of a yes or no question. ‘Open Tables’ starts out as an ensemble film, but by the end, it becomes a story about two people, whereas ‘Close Quarters’ is about 18 people at the beginning and about 18 people at the end. Making ‘Close Quarters’ was like building the perfect banquet. Part of what people like about Thanksgiving is the opportunity to take some turkey, some mashed potatoes and some cranberry sauce and start flavor jamming. That’s what ‘Close Quarters’ was for me. Let’s put the inane bridesmaids next to the lovers who are going through a serious crisis, and let’s put the people who want to kill themselves next to the mourners who got back from a funeral. That approach doesn’t create a strong narrative, it creates a lot of small, interesting narratives and juxtapositions. In ‘Open Tables,’ the idea was to try and take the lessons and style learned from ‘Close Quarters,’ and create something that’s a little more streamlined.” 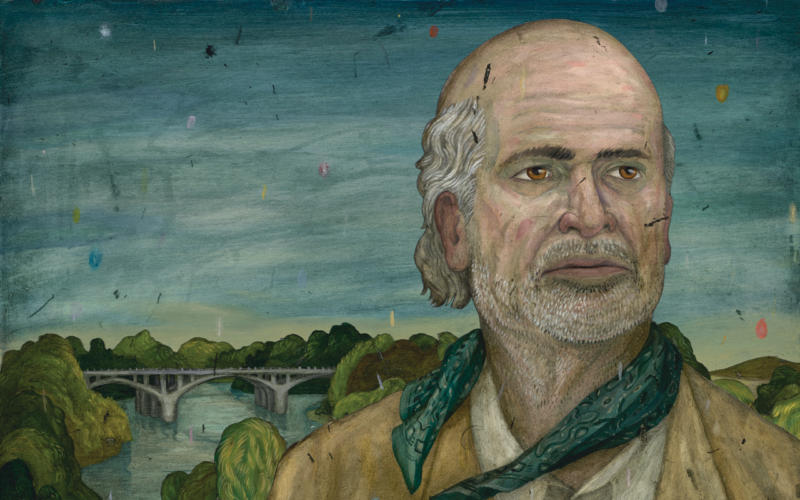 "The Not-So-Secret Life of Terrence Malick": According to Eric Benson of Texas Monthly.

“None of Malick’s peers—or, it would seem, Malick—had any inkling that he would stake out a career as a filmmaker, but he was already exploring many of the ideas that would animate his work. Students at St. Stephen’s went to chapel twice a day, and the spiritual education there was both rigorous and open-minded, with The Catcher in the Rye taught alongside more traditional religious texts in the school’s Christian ethics class. ‘It was religious in a broad humanities sense,’ Lynch said, a conception that Malick embraced. ‘Terry doesn’t like anything sectarian or dogmatic,’ Lynch added. ‘His grounding is more in a philosophical sense of wonder.’ Malick was also immersed in the arts. He was an active member of the drama club. He and Lynch would listen to classical music recordings in the dorm, then challenge each other to identify compositions from a few notes of a whistled melody. (Malick had a special affinity for Modest Mussorgsky’s Pictures at an Exhibition and Camille Saint-Saëns’s Carnival of the Animals.) Malick participated in off-campus outings led by an English teacher named Bob Pickett to see foreign films by the likes of Ingmar Bergman and François Truffaut at the University of Texas or at the old Varsity Theater, on the corner of Guadalupe and West Twenty-fourth streets. ‘We would go to Pickett’s apartment afterward and talk about the significance,’ Romberg said. ‘Terry was very involved in that.’ But for all Malick’s top-flight achievement and immersion in high art, he was also one of the guys. He played bridge with the older students after dinner, pulled pranks—Romberg remembers conspiring with Malick to trap armadillos and put them in other students’ rooms—and poked fun at his own ‘local genius’ reputation. On his senior yearbook page, the future director strikes the seated pose of Auguste Rodin’s sculpture The Thinker, his chin resting pensively on his left hand. His right hand, lying against his knee, is surreptitiously giving the sign of the horns.” 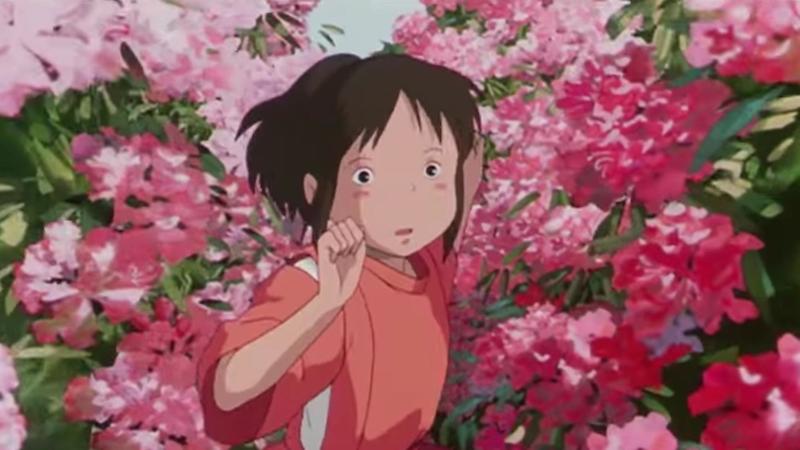 “Studio Ghibli's ‘Princess Mononoke’ (1997) emphasized its paradigm shift: There is no damsel in distress in the film, but rather, a warrior-princess who rides on the backs of wolf-gods and attacks the mining village that threatens the lush and magical forest she lives in. San is virtuous, but also independent and fierce. When she first meets Ashitaka, a young and honorable prince, she does not swoon or wish for a kiss. She just stares at him, her face covered in blood, and then tells him to ‘go away.’ The prince and princess in Mononoke do not fall in love either, which is a total departure from the traditional love-story arc that drives other animated films (Snow White and Prince Ferdinand, Sleeping Beauty and Prince Charming, Ariel and Prince Eric, Belle and the Beast, Aladdin and Jasmine, and Pocahontas and John Smith all live happily ever after). When Ashitaka, in one scene, tells San she is beautiful, she gasps and recoils. ‘What is it, San?’ asks one of the wolf-gods. ‘Want me to crunch his face off?’ Later in the film, San and Ashitaka develop a close friendship, and work together to defeat the miners and replenish the forest, but in the end, they part ways. ‘Ashitaka, you mean so much to me,’ San tells him, ‘but I can't forgive the humans for what they've done.’ ‘I understand,’ Ashitaka replies. ‘You'll live in the forest and I'll go help them rebuild Irontown. I'll always be near.’ ‘I’ve become skeptical of the unwritten rule that just because a boy and girl appear in the same feature, a romance must ensue,’ Miyazaki once explained. ‘Rather, I want to portray a slightly different relationship, one where the two mutually inspire each other to live—if I'm able to, then perhaps I'll be closer to portraying a true expression of love.’” 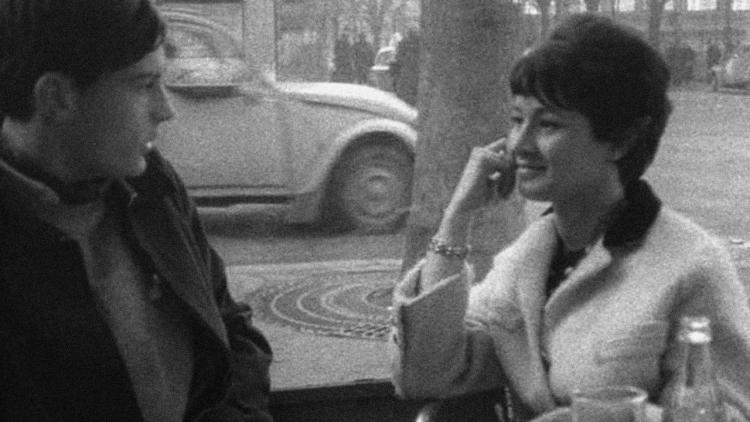 "Éric Rohmer's Battle of the Sexes": An excellent analysis from Erica Peplin of Vague Visages.

“‘The Bakery Girl of Monceau’ is a 23-minute parable about a boy who meets a girl, loses the girl, flirts with another girl and then dumps the second girl because he got the first girl back. The story is told from the perspective of a tall and handsome law student (Barbet Schroeder), but sympathy lies with his backup girl — a clerk at a Parisian bakery (Claudine Soubrier). She’s short and wears a frumpy apron, but there’s something charming about the way she wraps the cookies, plopping them on tissue paper and twisting the edges. She’s amused by the law student’s attention and bats her eyelashes like a girl who wants to be seen. The law student buys more pastries, encouraging the girl’s affection, all the while admitting that someone ‘like her’ isn’t good enough for him. His mindless consumption of the girl’s cookies comes to mirror his thoughtless treatment of the girl herself.If it’s not already clear, Rohmer’s films are undergirded by class tensions. He exposes the shallowness of educated boys who think they should only date educated girls; boys who treat working-class women like playthings, distractions and guinea pigs for men’s superior mind games. But the narrators in these films disparage women not because they are bold or wise, but because they are not. When the law student bumps into the tall blonde he liked all along (Michèle Girardon), he dumps the bakery girl like a stale croissant. She never appears again and when the man ultimately marries the tall blonde, it’s as though Rohmer wants viewers to think he did the right thing. The bakery girl gets stood up, but who’s to say the man’s visits didn’t brighten her day? Both characters are equally flirty, and yet uncertainty remains. The bakery girl must have been hurt. Love, in Rohmer’s world, is full of such small catastrophes.” 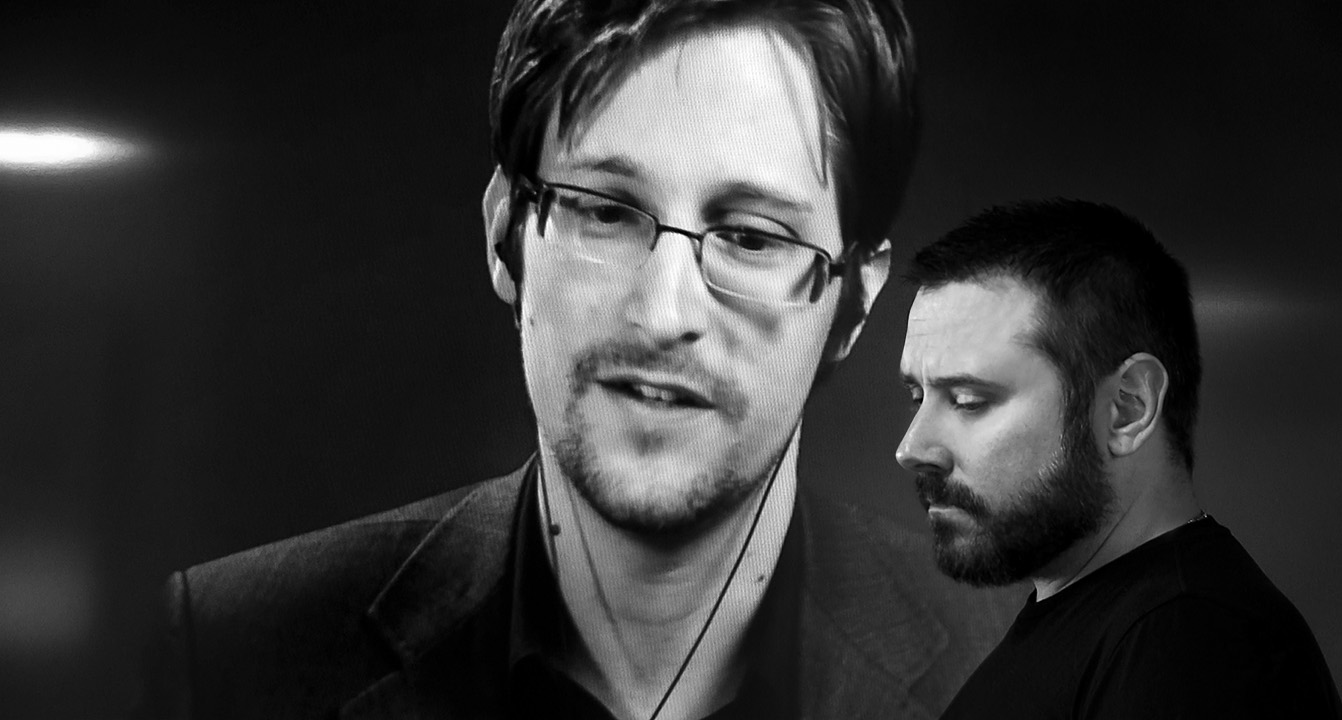 In the latest episode of his "Intercepted" podcast, Oscar-nominee and bestselling author Jeremy Scahill interviews NSA whistleblower Edward Snowden, streamed in live from Moscow, at the SXSW Film Festival. Click here for their full conversation. Full disclosure: Jeremy's my cousin and I couldn't be prouder of the guy.

Jeff Bridges reprises his signature role as The Dude while honoring his "Big Lebowski" co-star, John Goodman, during the ceremony where he received his well-deserved star on the Hollywood Walk of Fame.