"What I Learned Working on 'There Will Be Blood'": Filmmaker Michael Tyburski recounts his memories of serving as a PA on Paul Thomas Anderson's 2007 masterpiece at The Talkhouse.

“My tasks on ‘There Will Be Blood’ ran the gamut, but I embraced even the most menial of them with the same wide-eyed enthusiasm I had when I rolled into town. I learned the ropes with the usual production jobs, such as distributing call sheets, installing location signs and delivering shot film cans to the nearest FedEx (El Paso, a six-hour round trip), that got me well established amongst the crew. Unique assignments involved me escorting real-life oil drillers across the state, or acting as damage control when an injured set carpenter refused to vacate a motor lodge hired for the production. I quickly learned how many moving parts there were to a motion picture of this size. During pre-production, we suspended large sheets of black duvetyne to enclose a section of the feather factory’s warehouse-like interiors, creating a makeshift theater to screen the 35mm dailies. One evening, Anderson produced a print of Robert Altman’s recently completed ‘A Prairie Home Companion,’ and hosted an intimate screening there for the few of us that were interested. The company was made up of an even mix of Anderson’s trusted Los Angeles production team and select Austin-based crew members who were working as locals. I started as somewhat of an outsider to this tightly knit community, but as we got closer to the start of production I began to float between whatever department needed me for a variety of odd jobs. Early on, I was fortunate to be enlisted to work with the art team, whose extensive research materials on California’s oil boom and period reference photos I pored over in the production office. On location, the art director assigned a small group of us to construct each of the canvas tents that stood at the base of the film’s massive oil derrick. Shade was unsurprisingly scarce in the desert, and we were provided only with period-accurate tools to build the site as it would’ve been in the early 1900s. But the insistence on such details had me elated, and those days spent outside in the heat and blowing dust are my most vivid.” 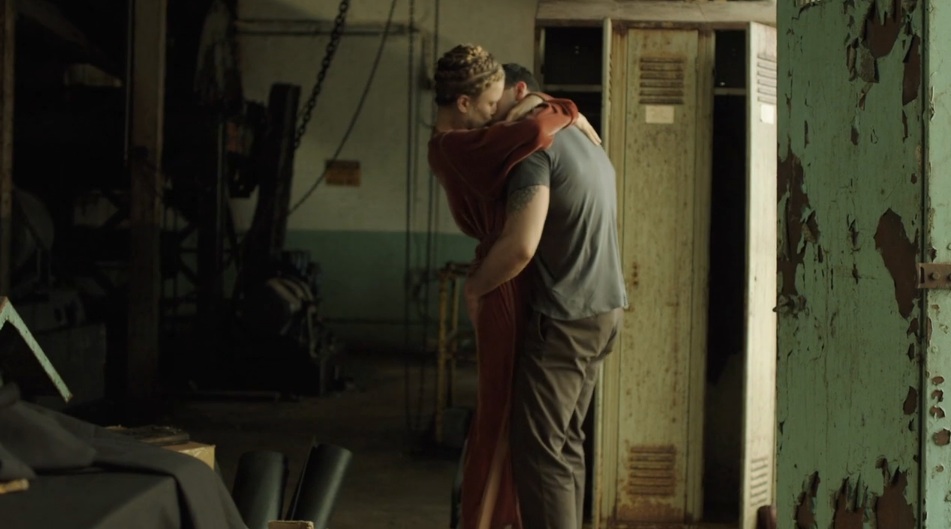 “The 18th Annual Sarasota Film Festival has today announced its full film slate, including its Narrative Feature Competition, Independent Visions Competition, Documentary Feature Competition, World and U.S. Cinema Narrative and World and U.S. Cinema Documentary sections, along with its Centerpiece and Spotlight films, Special films and Short Films. The festival's opening night film will be Chris Kelly's ‘Other People,’ which opened Sundance earlier this year. The festival will close out with Robert Mrazek and Jared Martin's ‘The Congressman.’ The Centerpiece sections are rounded out with ‘Five Nights in Maine,’ starring David Oyelowo and Rosie Perez, and the stirring doc ‘Unlocking the Cage.’ This year's festival features a bevy of fest favorites, including Sundance selections like ‘All These Sleepless Nights,’ ‘Cameraperson,’ ‘Weiner,’ ‘Tickled’ and ‘Sonita’ on the doc side, and narrative offerings like Sundance winner "Between Sea and Land," ‘Little Men,’ ‘Louder Than Bombs,’ ‘Chevalier,’ ‘The Fits,’ and ‘Morris From America.’ Other standouts include Claire Carre's ‘Embers,’ which has been building steady buzz on the festival circuit over the past few months, Ben Wheatley's much-anticipated ‘High-Rise’ and Robert Greene's stunning doc ‘Kate Plays Christine.’ Sarasota consistently provides a wonderful chance for cinephiles to catch up on new offerings from other festivals and check out some very special premieres, and this year's stacked slate is no different.” 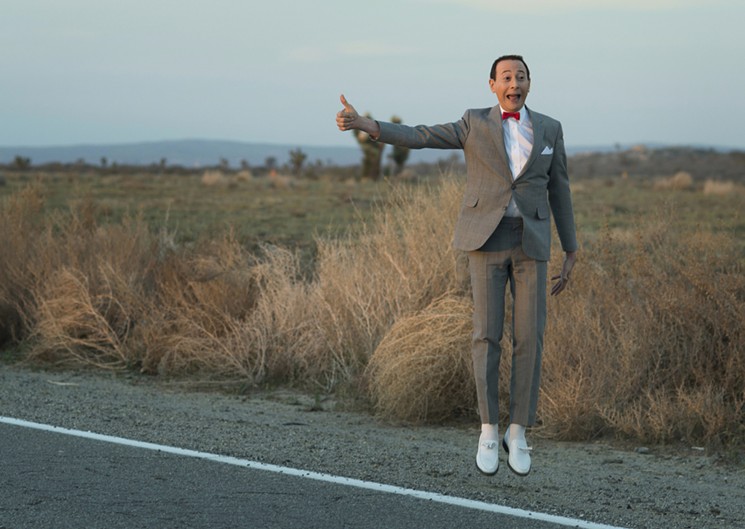 "Pee-wee's Big Friendship: Paul Reubens Talks Phil Hartman (and More)": Interviewed by our own Simon Abrams at The Village Voice.

“[Village Voice:] ‘One of your most constant collaborators for Pee-wee, in both TV and movies, was Phil Hartman. How would describe the way you two collaborated?’ [Abrams:] ‘Phil was already in [storied L.A. improv troupe] the Groundlings when I joined. He was one of the stars, and we became friends instantly. Phil split his time between being a graphic designer and being an actor. He wasn't really sure what to pursue, so he was doing both. He always loved Pee-wee Herman, but he used to give me a hard time, originally, about focusing on this instead of doing all of my other characters. I liked the idea of becoming Pee-wee, and letting the public think Pee-wee was a real person. Phil was very frustrated by that. He thought I was...uh...squandering my talent. I hired Phil to co-write ‘Pee-wee's Big Adventure.’ We didn't really know what we were doing. Sitting down and consciously writing something is very different than improvising. I bought the Syd Field book on writing screenplays, and me, Phil, and a guy named Mike Varhol did exactly what was said in that book. I mean, exactly, right down to getting three-by-five file cards and writing each beat down and putting it on a bulletin board. We did every single thing like that. As a result, ‘Big Adventure’ is extremely classical in its structure because we were literally doing it by the book. So on page thirty, Pee-wee's bike gets stolen. On page sixty, it gets found. It's a whole thing. Phil and I collaborated for years. I brought Phil and [fellow longtime collaborator] John Paragon with me to New York when I hosted ‘Saturday Night Live.’ That was Phil's introduction to Lorne Michaels. We worked together on a lot of stuff. We were going to go out and rule the world. That didn't work out very good. I think about Phil all the time.’” 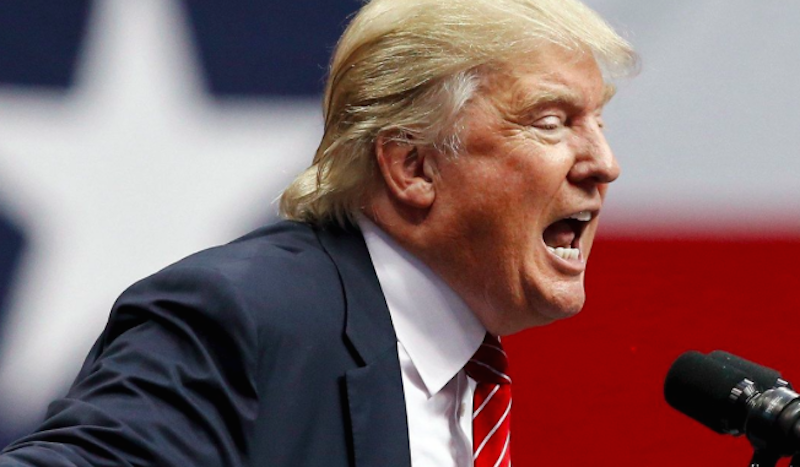 "American crossroads: Reagan, Trump and the devil down south": The Guardian's Ben Fountain traces the origins of Trump's "dog-whistle appeal to racism."

“[Lyndon Johnson] knew better than anyone the political risk. ‘I think we just gave the south to the Republicans,’ he told his staff after ramming the Civil Rights Act of 1964 through Congress. His aide Bill Moyers recalled the moment in more drastic terms: Johnson feared he had delivered the south to Republicans ‘for your lifetime and mine,’ a prediction whose proof, while not yet conclusive – we are happy that Mr Moyers is still with us – has trended ever since toward prophecy. The first hard evidence came in the presidential election that fall, when Johnson’s landslide victory over Barry Goldwater saw only Arizona (Goldwater’s home state) and the old Dixiecrat states, plus Georgia, go Republican. Goldwater had been one of only a handful of Republican senators to vote against the Civil Rights Act, and his nominating convention turned into a raucous revolt against the party’s eastern establishment. Nelson Rockefeller, millionaire governor of New York and the avatar of what’s now known as a country club Republican, was roundly booed, hooted and dissed. Goldwater delegates berated and shook their fists at the press, and African American delegates were ‘shoved, pushed, spat on and cursed with a liberal sprinkling of racial epithets.’ Something new and nasty was afoot; Republicans were acting like a bunch of Dixiecrats. One black delegate had his suit jacket set on fire. The southern caucus at the convention named its hotel headquarters ‘Fort Sumter’ after the starting point of the civil war. Jackie Robinson spent several ‘unbelievable hours’ on the convention floor, and summed up his experience thus: ‘I now believe I know how it felt to be a Jew in Hitler’s Germany.’” 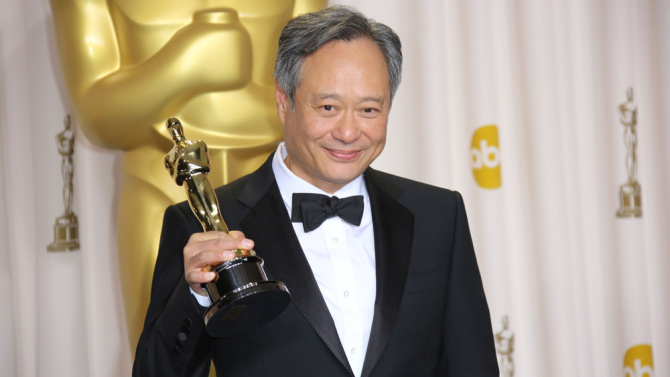 “The Academy of Motion Picture Arts & Sciences apologized on Tuesday for the Asian jokes on the Feb. 28 Oscar telecast, after receiving a protest letter signed by 25 AMPAS members, including Ang Lee.An Academy spokesperson issued the statement, ‘The Academy appreciates the concerns stated, and regrets that any aspect of the Oscar telecast was offensive. We are committed to doing our best to ensure that material in future shows be more culturally sensitive.’ The letter asked for ‘concrete steps’ to ensure that future Oscarcasts will avoid the ‘tone-deaf approach’ to Asians that was exhibited last month. The protest was delivered in advance of today’s board meeting, where the Oscar show and issues of diversity are undoubtedly on the agenda. The missive was sent to the board, AMPAS president Cheryl Boone Isaacs, CEO Dawn Hudson, and ceremony producers Reginald Hudlin and David Hill.The letter said, ‘We are writing as Academy members of Asian descent to express our complete surprise and disappointment with the targeting of Asians at the 88th Oscars telecast and its perpetuation of racist stereotypes. In light of criticism over #OscarsSoWhite, we were hopeful that the telecast would provide the Academy a way forward and the chance to present a spectacular example of inclusion and diversity. Instead, the Oscars show was marred by a tone-deaf approach to its portrayal of Asians.We’d like to know how such tasteless and offensive skits could have happened and what process you have in place to preclude such unconscious or outright bias and racism toward any group in future Oscars telecasts. We look forward to hearing from you about this matter and about the concrete steps to ensure that all people are portrayed with dignity and respect.We are proud that the Oscars reach several hundred million people around the world of whom 60% are Asians and potential moviegoers.’” 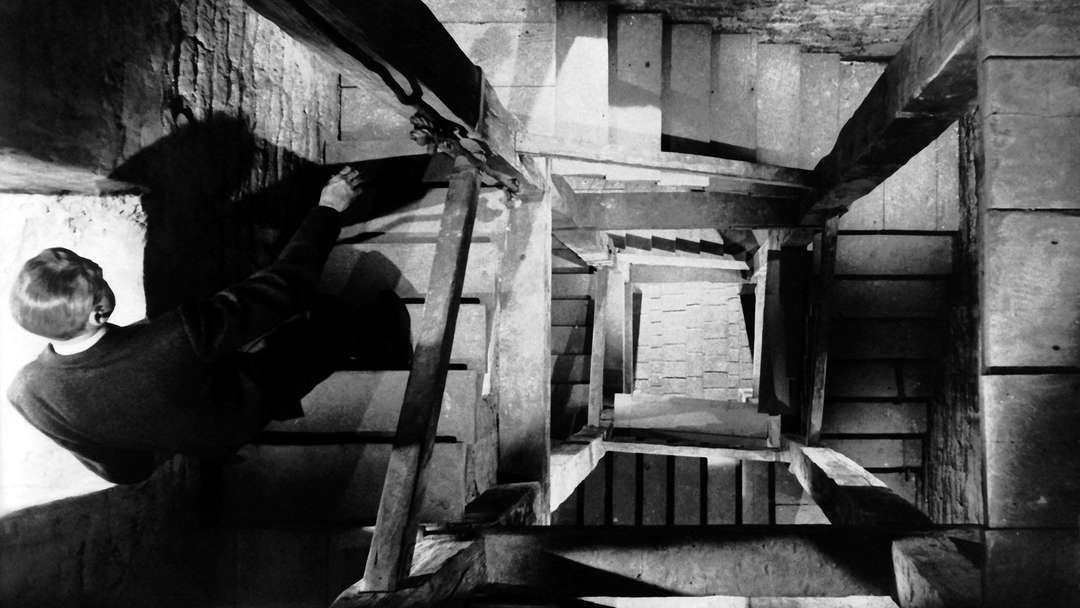 In honor of St. Patrick's Day, here's a scene from Disney's yet-to-be-remade 1959 gem, "Darby O'Gill and the Little People."