“We turn the corner and walk onto a claustrophobic TV set. And I see Ebert, his cheeks rosy like a ceramic Santa’s, wearing a sweater vest and his trademark eyeglasses, the ‘Ebert & Roeper’ logo behind him. He sees me and smiles. I approach him and shake his hand and tell him how great it is to meet him. He’s serious, but his smile is warm and his voice is grandfatherly, or at least what I imagine a grandfather’s voice could be. I tell him I’ll be sure to keep it to fifteen minutes, and he says, ‘Take as much time as you need. I’m here for you.’ The production crew asks me if a medium shot is good, and I nod. Perfect. A medium shot. Whatever the f—k that is. My hands are shaking and my knees are shaking and my voice is shaking. I read my questions directly off my sheet of paper, making occasional eye contact. I rattle off my first question— You’ve discussed the MPAA’s tendency to rate sexuality more harshly than they do violence. Can you talk a bit about why you think this is?— and Ebert nails his answer. I nod along with everything he says. He’s even better in person. I ask my second question, and Ebert stumbles a bit, stops himself, gathers his thoughts, takes the editing process into consideration with a slight pause, then fires off another answer. I wish I were a better interviewer, but I just nod and smile and go down my list, keeping my hand over the ketchup stain.” 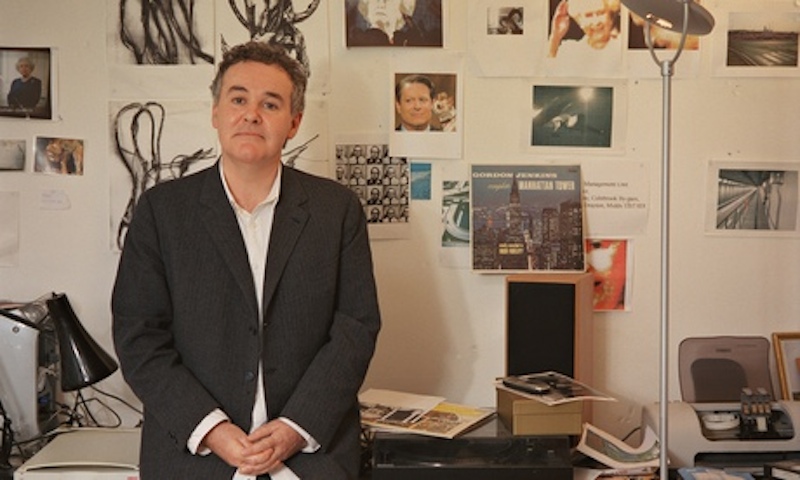 "Adam Curtis: cult filmmaker with an eye for the unsettling": The Observer's Andrew Anthony discusses the documentarian's plans to launch his latest work on iPlayer.

“Where other film-makers might feel obliged to back up such a contentious argument with supporting facts, Curtis has built a formidable career out of a more impressionistic and polemical approach to making his case. He dismisses much contemporary journalism as a delirious cycle of ‘disjointed and often wildly contradictory fragments of information.’ But he is not free of contradiction himself. He disparages the emotive nature of a lot of news. ‘If you report things emotionally it immediately depoliticises them,’ he has said. ‘No one gets judged, little gets fully understood.’ Yet he says of ‘Bitter Lake’: ‘My aim is to make something more emotional and involving – so it reconnects and feels more real.’ It’s as though he grants himself special dispensation: his emotional reporting is aimed at establishing a greater truth, whereas other emotional reporting is a failure to confront the truth. In much the same way, Curtis, who performs the role of a kind of omniscient narrator in his films, presents himself as someone who is immune to the mind control that, he argues, afflicts so much of our culture.” 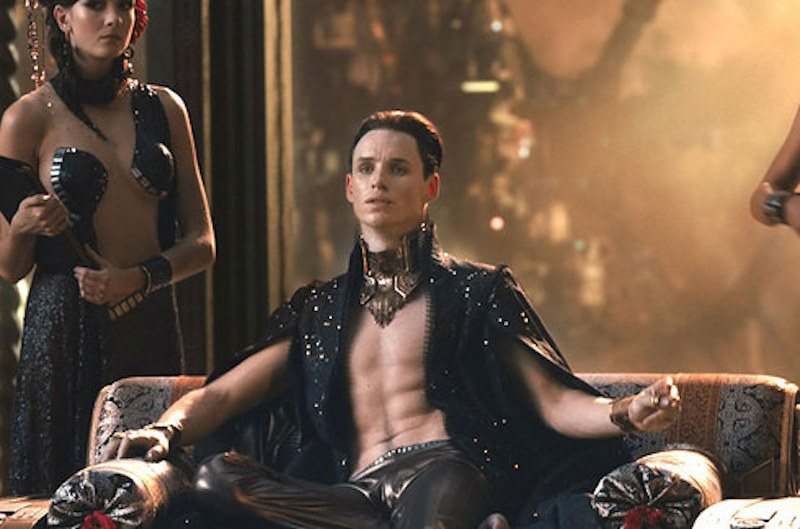 “In ‘The Theory of Everything,’ Redmayne plays the famous theoretical physicist Stephen Hawking through different stages of his physical deterioration due to ALS, showing impressive control and precision. In ‘Still Alice,’ Moore portrays a brilliant linguistics professor and mother of three grown children who finds her memory, then her awareness, then her very identity slipping away because of early-onset Alzheimer’s. They’re both nuanced, tasteful performances from drama’s classiest redheads, which is why there’s something especially delightful about seeing the same pair camping things up so spectacularly in a pair of doomed fantasy and sci-fi spectaculars coming out this week. As far as Academy Awards campaigns go, Redmayne and Moore would probably have preferred their respective turns as the villains in ‘Jupiter Ascending’ and ‘Seventh Son’ not see the light until after the Oscars. It’s not like anyone’s been in much of a hurry before — both films arrive in theaters having already been subject to major delays. ‘Jupiter Ascending’ was pushed from July of last year to February of this one, while ‘Seventh Son’ was originally slated to open in theaters back in 2013. But them’s the breaks, and this vamping from both Redmayne and Moore is a vivid reminder that, despite what the industry pretends this time of year, Hollywood does not exist entirely on exquisitely rendered suffering, and thank god. ‘Jupiter Ascending’ is a beautiful, sometimes brilliant mess and ‘Seventh Son’’s a garbled, nonsensical helping of generic fantasy soup, but Redmayne and Moore are both tremendous fun as the films’ villains, cinched into elaborately regal goth outfits and chewing scenery with verve admirably equal to that with which they approach their more serious work.” 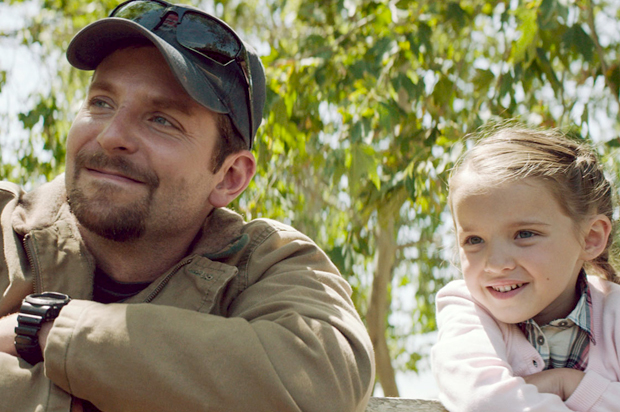 "'The truth is unspeakable': A real American sniper unloads on 'American Sniper'": An impassioned piece by Dennis Trainor Jr. published at Salon.

“In 2004, while Garett was in that life-or-death firefight, the mundane questions life presented me with could easily paralyze me. What should we do for dinner? Where to go on summer vacation? Boxers or briefs? This paralysis is a common side effect of privilege: We get to sweat the small stuff when the big stuff is never in doubt. When faced with a kill or be killed moment, one answers the former, or one is dead. It does not get any clearer than that. I fear that if I found myself in Garett’s 2004 shoes, I would have soiled my boxers and my briefs. The only time Chris Kyle says he soiled himself was on purpose. He would not leave his position to answer nature’s call so he just kept his rifle trained and went to the bathroom in his pants. Such was his commitment to God and country. In a micro sense, it served him well. In a macro sense, however, our invasion and occupation of Iraq was not a ‘kill them or they will kill us’ scenario. History has borne that fact out, and that lack of context makes ‘American Sniper’ a dangerous film. Dangerous because kids will sign up for the military because of this movie. Dangerous because our leaders have plans for those kids. Some will kill. Some will be killed. Or worse. There is no narrative existing outside the strict confines of ‘American Sniper’s’ iron sights that allows for the war on terror to be over. It’s like a broken record looping over and over: attack, blowback and attack. Repeat.”

"I'm Autistic, And Believe Me, It's A Lot Better Than Measles": A painstakingly personal essay by Sarah Kurchak at Medium.com.

“Autism Speaks isn’t really a charity for autistic people. It’s a charity for neurotypical people who have been afflicted with the horror of having autistic people in their lives. Since its inception in 2005, Autism Speaks has perpetuated the idea that people with autism are a burden and somehow ‘lost,’ and they’ve refused to listen to any actual autistic people who disagree with their party line. It’s supported a number of dangerous and dubious treatments, like electroshock therapy and chelation, a lead poisoning treatment that has many risks and no proven benefit as an ASD cure, all in the name of making autistic people appear more neurotypical. Its official statements consistently refuse to acknowledge any humanity in autistic people, or recognize that their families experience anything other than abject misery. In its 2013 Call For Action, founder Suzanne Wright, who has an autistic grandson, wrote that families with an autistic member ‘are not living. They are existing. Breathing—yes. Eating—yes. Sleeping—maybe. Working—most definitely—24/7. This is autism. Life is lived moment-to-moment. In anticipation of the child’s next move. In despair. In fear of the future. This is autism.’ And honestly, that’s one of the less offensive things she’s said about us.” 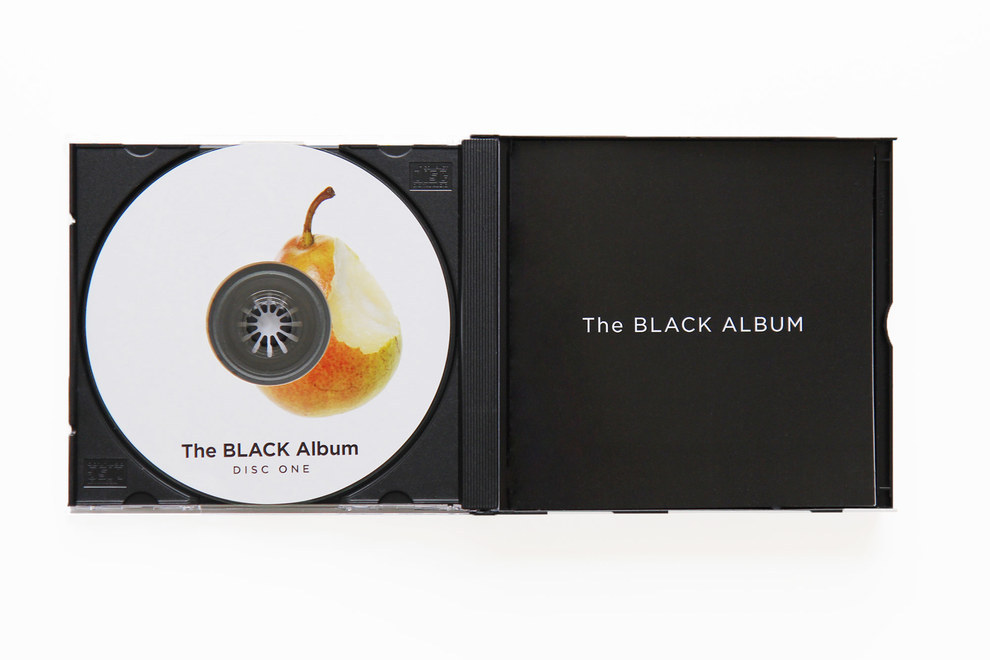 At BuzzFeed, Ethan Hawke pays tribute to "Boyhood" with his own Beatles playlist for "The Black Album."

Ethan Hawke remembers his late, beloved colleagues Robin Williams and Philip Seymour Hoffman in this unmissable excerpt from his interview with Charlie Rose on February 6th.