"Peyton Kennedy on 'American Fable,' 'XX' and 'Odd Squad'": The remarkably talented actress chats with me at Indie Outlook about her breakthrough performance in Anne Hamilton's gorgeously lensed picture, now in limited theatrical release and available on Amazon Video, iTunes and On Demand.

“[Indie Outlook:] ‘Your portrayal of Gitty was easily one of my favorite performances I saw last year. How were you able to relate to her?’ [Kennedy:] ‘Thank you, I really appreciate that. I connected with Gitty because she’s a young girl who is very close with her family—not necessarily with her brother, but with her mom and dad. She has a great relationship with her parents, and that helped me because I am really close to my family. I think that when you’re playing a role, even one that is completely different from your experience, you always have to put a little bit of yourself into it. By harnessing a little of myself to put into Gitty, I think that made her more realistic.’ [Indie Outlook:] ‘How did you go about navigating your character’s complex arc during the shoot? Was any part of the film shot in sequence?’ [Kennedy:] ‘We didn’t shoot any of the silo scenes until the end of production, and those were mainly shot in sequence. The rest of the film was not. But I think my character arcs often occurred during my interactions with Jonathan, either inside or outside of the silo. I was really grateful to be able to portray that arc every day without it being completely out of sequence. The film is really a coming-of-age story for Gitty. She starts as a very innocent young girl and eventually becomes a strong and courageous young woman. It was really important for me to portray that arc correctly. Anne Hamilton is an amazing director. Before I flew out to Illinois, we had Skype sessions together where we talked about the character and went through the whole script. I was able to see the entire script through her eyes. She didn’t tell me exactly what I needed to feel in every single moment of the story, she just gave me a general idea of it. From there, I was able to elaborate on what I thought the character would be like, and my ideas would end up being close to what Anne had in mind because of our earlier discussions.’” 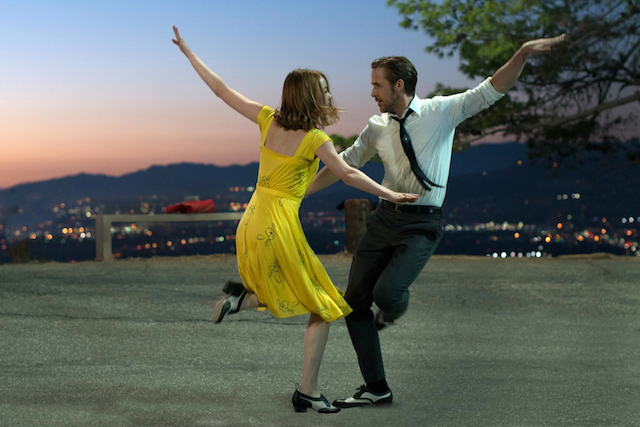 “[HollywoodChicago.com:] ‘What was the process, when you were on the set, for capturing the iconic photograph of Emma Stone and Ryan Gosling in ‘La La Land’? [Robinette:] ‘First, it was fascinating filmmaking, on the first of a two evening shoot when we arrived at the Burbank side of Griffith Park at 3pm, and were shuttled to the location for the dance scene. There was a techno-crane there, a telescoping filmmaking instrument that goes from 12 to 40 feet in three seconds or so, with a camera on the end loaded with a 1000 foot roll – which is 6 minutes of film. The crane can also sweep up to 300 degrees or just pan left or right. Our Director, Damian Chazelle, wanted his shot to be like a golden age musical, by framing Emma Stone and Ryan Gosling from head to toe. That afforded me a modest bit of room to work, as the camera was not on top of the talent, and was remotely operated. After rehearsing with stand-ins, Ms. Emma and Mr. Ryan began the dance sequence just as the light was perfect – ‘The Golden Hour’ – we only had two tries with the city lights and when the was sky so sublime. We returned the following evening for two more takes. I will come back to this moment later in our talk.’ [HollywoodChicago.com:] ‘So during those two nights, what was your assignment, and how were you positioned?’ [Robinette:] ‘My job was to capture various moments in the dance. After enjoying ‘La La Land’ at a recent screening in Hollywood, I realized the pose I captured was less than a second. The fact that still photographers are still on sets today is because a film camera could never capture Emma and Ryan’s feet, even if you went frame by frame. Their feet and hands would be in rapid motion and would be blurred. A film camera shoots at a 50th of a second shutter speed. I can alter the speed on my still camera and was able to grab three or four shots in that pose. The studio selected that shot, and I was pleased. The photograph seems to be everywhere. The film itself is a modern day classic and will not only be discussed for decades …but also loved.’” 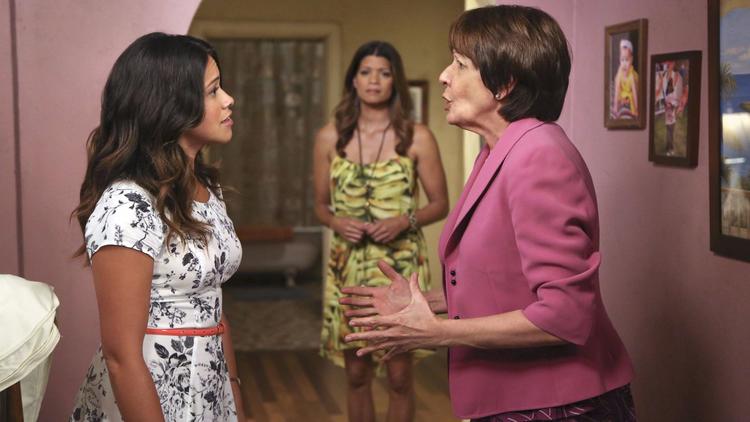 "You might see more women and minorities on TV, but Hollywood has a ways to go when it comes to diversity, report says": According to Carolina A. Miranda of The Los Angeles Times.

“The ‘2017 Hollywood Diversity Report,’ set to be released by the Ralph J. Bunche Center for African American Studies at UCLA, analyzed 168 theatrical films released in 2015 and more than 1,200 television programs released during the 2014-15 season on broadcast, cable, digital and via syndication. What  few gains  the report found came from television. ‘Television is looking up; it’s moving in the right direction,’ Darnell Hunt, director of the Bunche Center and the report’s lead author, said in an interview. ‘Film, however, that hasn’t really progressed.’ Hunt, a sociologist who has worked in entertainment diversity for more than two decades and helped to launch the annual ‘Hollywood Diversity’ report four years ago, said the massive scale of the TV industry simply offers actors and creators more breaks. ‘There is so much original television production,’ he said. ‘It used to be the big four networks, then you got the smaller networks, then the 60-plus cable networks. Now there are all the digital networks. We looked at 1,206 shows, most of them reality, but there is a ton of scripted television out there too. And on some level, the industry has to fill the space, so they can’t go back to the same 15 white guys. It’s created opportunities.’ Minority actors, for example, landed 11.4% of the lead roles on broadcast scripted television, an increase of more than  3 percentage points  over the previous year. In addition, the share of broadcast television  shows whose casts are primarily people of color, such as Fox’s ‘Empire’ and the CW’s ‘Jane the Virgin,’ more than doubled — from just 3.3% of all shows in 2013-14 to 8.9% in 2014-15.” 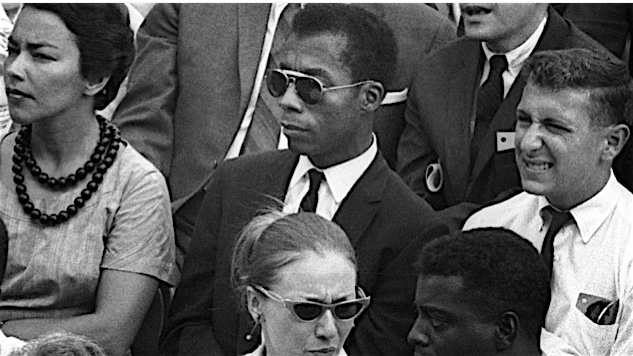 "Can I Get a Witness: 'I Am Not Your Negro' Gives the Race Problem Back to White American Film Critics": An essential essay from Paste Magazine's Shannon M. Houston.

“The film isn’t just here for us to enjoy, nor is it here for us to simply experience a baptism of Baldwin’s words over our collective consciousnesses. There is work to do, and the critic is not immune. So while many have done their jobs, I can’t help but feel that the job description must change, if only for this film, and for this moment. ‘I Am Not Your Negro,’ framed by this unwritten work of Baldwin’s, celebrates the incomplete, but perhaps it also tasks us with finishing, or working towards resolutions to the narrative Baldwin began so many years ago. Otherwise, what’s the point? Owen Gleiberman of Variety, who describes the film as ‘the rare movie that might be called a spiritual documentary,’ is that rare critic willing to address his own personal biases towards Baldwin’s words. He admits to being jolted by what feels like pessimism from Baldwin, concerning ‘the Negro’ problem. He finds himself, a white man, wondering why Baldwin told Dick Cavett that the problem might indeed be ‘hopeless.’ Gleiberman is also willing to go further than other critics, admitting in the end that although there’s a feeling of being uplifted by Baldwin’s words, watching the film is ‘to feel cleansed, but warned. It’s to feel that the fire is here.’ I agree that there is a warning here—a warning not to look away from the difficult parts, including this lingering question. In 2017, as the veil of white supremacy in America is being lifted, I don’t believe it’s enough to simply write about a film like ‘I Am Not Your Negro,’ and not push oneself beyond traditional styles of review. Can white film writers even ask themselves why they’ve no desire to sit with this question: why is it necessary to have a nigger? (I can hear them now: ‘But I do not need a nigger!’—as incredulous as all of the whites in America who insisted, ‘But I didn’t vote for Trump!’—as if they didn’t come from a world of people who did, as if a vote for Clinton absolved them of any and all possibilities of racism.)” 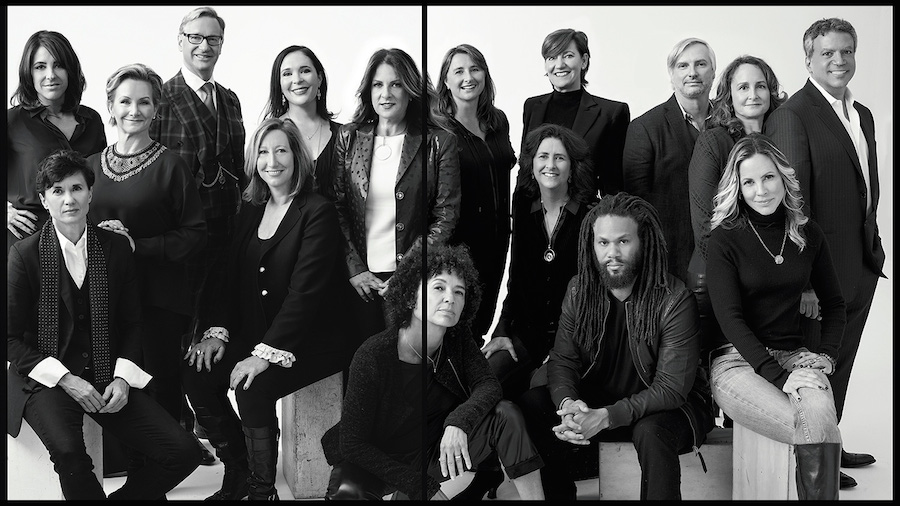 “ReFrame's third focus is protege sponsorship, which differs from traditional mentorship in that sponsors will be asked to take a proactive role in recommending proteges — starting with female directors and eventually expanding to other roles — for jobs, rather than simply offering passive career advice. ‘Can we do basically what men have been doing in the system, which is, you're a young filmmaker, somebody gives you a movie beyond your capacity and you learn on the job?’ says director Kimberly Peirce. ‘That never happens for women, who are not chosen above their experience level.’ Peirce, who developed her debut ‘Boys Don't Cry’ through the Sundance Lab, had been agitating for years for a similar program for midcareer directors. Female filmmakers work far less frequently than their male counterparts — 80 percent of female directors made just one movie in the past 10 years, compared with 54.8 percent of male helmers, according to the latest study from USC Annenberg professor Stacy L. Smith's Media, Diversity & Social Change Initiative. And a 2015 Smith study, commissioned by the Female Filmmakers Initiative that eventually spawned ReFrame, revealed a 25-point difference between the prevalence of women making independent (26.9 percent) versus studio movies (1.9 percent). ‘A lot of the way that we tackle the diversity issue in Hollywood is about finding new talent and getting them into the pipeline,’ says writer-producer Glen Mazzara. ‘But there are factors that resist systemic change, and there is a turnover at the lower end that forces people back out. Straight white men can have a bad box-office opening or a show that doesn't hit. We get to fail up in a way that other people don't. How do we give women, people of color, LGBT or older writers their second, third or fourth chance?’” 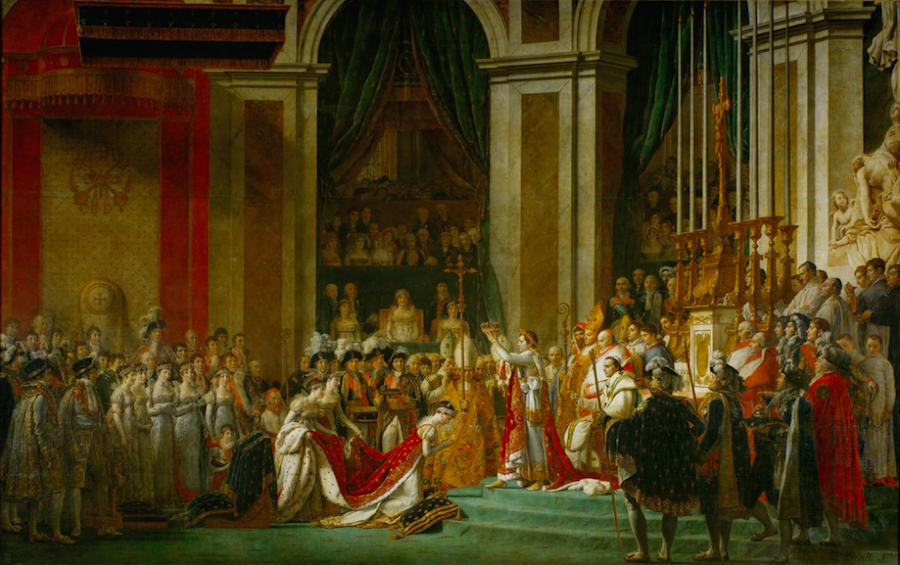 CineFix's Jon Tomlinson edits together an ingenious alternate trailer for Damien Chazelle's "La La Land" to make it appear as if it were directed by David Lynch.