"'Film Lovers' start 2017 with documentary film series": Jacob deNobel of the Carroll County Times reports on a documentary series in Maryland screening films including "Life Itself."

“The first film of the series is ‘Young@Heart,’ a British film from 2007 that follows a senior citizen chorus, which performs songs of groups like The Clash, Sonic Youth and Jimi Hendrix. The musicians, with an average age of 81, perform these lively hits at venues around the world. Baylor said they were looking for a crowd-pleaser for their debut film of the series. ‘The film rose to the top of the list after several FLICC members saw it and loved it,’ Baylor said. ‘It's heartwarming, happy, fun and interesting.’ After the light-hearted ‘Young@Heart’ comes ‘Life Itself’ a film about the life and death of film critic Roger Ebert. The film, directed by Steve James, incorporates interviews from Ebert's final months with discussions with his family, friends and filmmakers, as well as historical footage from his long career, including time with the Chicago Sun-Times and his various shows with critic Gene Siskel. As a project about one of the most popular film personas of all time, Baylor said it was perfect for the movie-lovers of FLICC, and was one of the titles floated for last year's series. In addition to his work in the film industry, ‘Life Itself’ also details his public battle with thyroid and salivary gland cancer.” 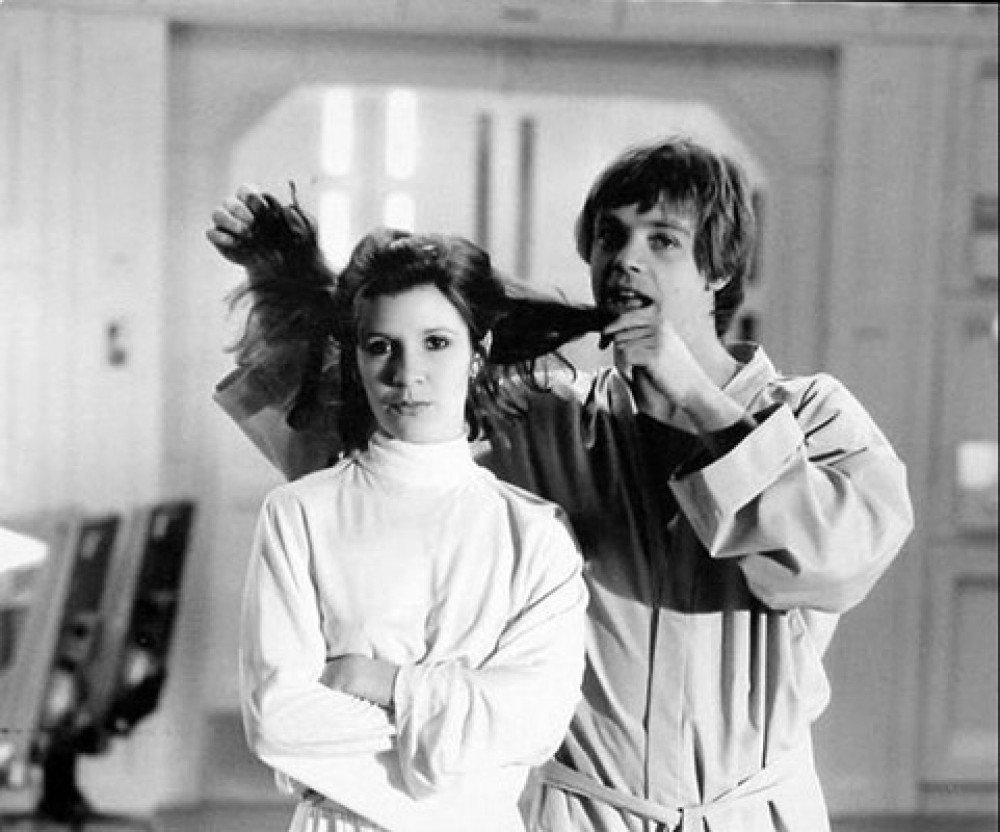 "Mark Hamill's Carrie Fisher Tribute: 'Making Her Laugh Was a Badge of Honor'": A beautiful remembrance published at Billboard.

“The first time I met Carrie was at dinner in London before we started filming together. I had been the first one to go over to Africa with Sir Alec Guinness and the robots, to do all the desert planet stuff, then I came back to London and then Harrison Ford came over. Carrie was the last piece in the puzzle to come to London. So I said to the production office, ‘I’d like to meet her before we work together.’ They worked out that we’d meet for dinner. You know, she was 19 years old at the time. I was a worldly 24. So I was thinking, ‘Oh my God, it’ll be like working with a high school kid.’ But I was just bowled over. I mean she was just so instantly ingratiating and funny and outspoken. She had a way of just being so brutally candid. I’d just met her but it was like talking to a person you’d known for ten years. She was telling me stuff about her stepfather, about her mom, about Eddie Fisher—it was just harrowing in its detail. I kept thinking, ‘Should I know this?’ I mean, I wouldn’t have shared that with somebody that I had trusted for years and years and years. But she was the opposite. She just sucked you into her world.”

"Why 'Children of Men' has never been as shocking as it is now": According to BBC's Nicholas Barber.

“If the plot harks back to two classic fictions of the 1940s, ‘Casablanca’ and ‘Nineteen Eighty-Four,’ the setting is breathtakingly contemporary. Cuarón doesn’t use captions or speeches to explain what has happened to civilization, but, judging by the old newspapers we glimpse, society has been rocked by climate change, pollution, nuclear accidents, social division, and terrorist bombings. Nevertheless, all of Britain’s troubles have been blamed on asylum seekers, who are locked in cages, and then bussed to hellish shanty towns. ‘Poor fugees,’ says Theo’s hippy friend Jasper (Michael Caine). ‘After escaping the worst atrocities, and making it all the way to England, our government hunts them down like cockroaches.’ Ring any bells? Mass migration was a major issue in 2006, so it’s not surprising that it should be so central to ‘Children of Men.’ But, a decade ago, no one had predicted the Syrian refugee crisis, or that the US’s President-elect would propose registering Muslims, or that the UK would vote to leave the European Union after a campaign that focused on immigrant numbers. Today, it’s hard to watch the television news headlines in ‘Children of Men’ without gasping at their prescience: ‘The Muslim community demands an end to the army’s occupation of mosques.’ ‘The homeland security bill is ratified. After eight years, British borders will remain closed. The deportation of illegal immigrants will continue.’ In 2006, all of this seemed plausible enough, but perhaps a little strident, a little over-the-top.” 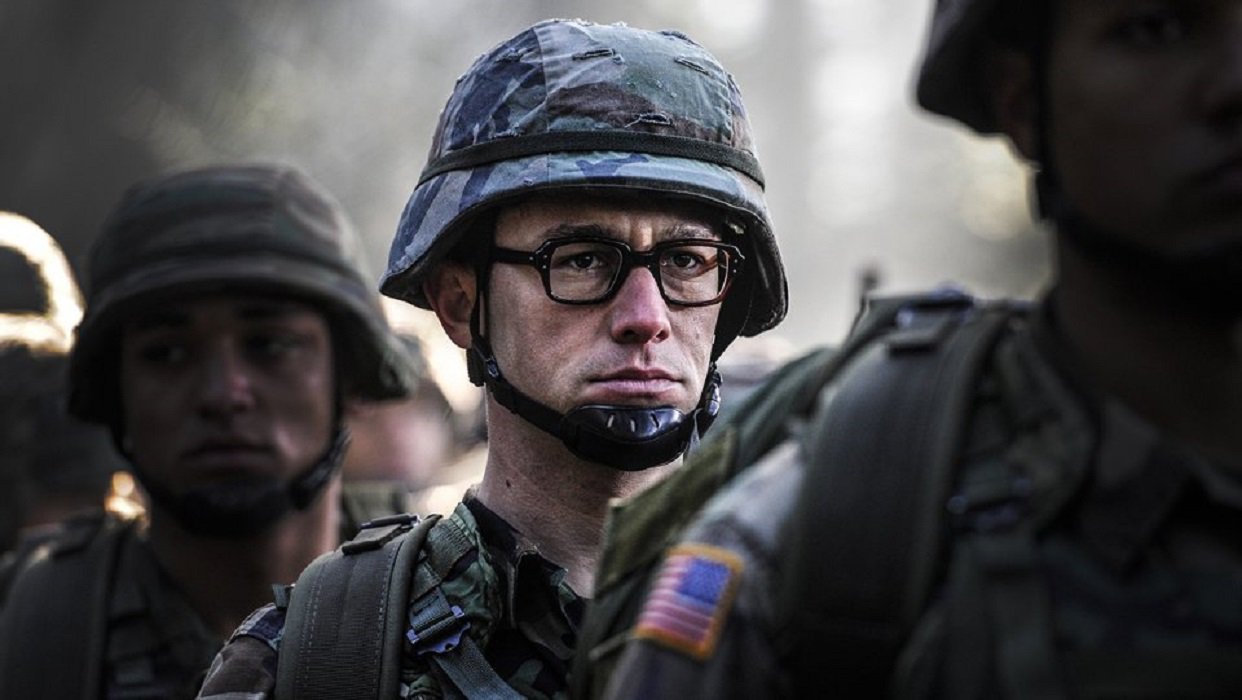 “Many of Stone’s best films (‘Nixon,’ ‘Salvador,’ ‘The Doors’) examine profoundly flawed men who are nevertheless capable of greatness, in the process exploring how heroes and icons either transcend or fall short of our – and their – expectations. He’s a director keenly aware of the power of myths who’s equally aware of the need to deconstruct or answer them. (He referred to his 1991 masterpiece ‘JFK’ as a ‘counter-myth.’) In ‘Snowden,’ there’s no need to mythologize – Stone’s dealing with recent history that has already been distorted and put at the service of a multitude of agendas many times over. Instead, he adopts a more realistic (and relatively straightforward) approach, following in the tradition of other excellent films about recent historical events like ‘All the President’s Men’ and ‘The Social Network.’ Yet his is a less linear narrative than those films, and a more visually expressionistic one – while ‘Snowden’ might seem traditional compared to more confrontational and formally ambitious works like ‘Natural Born Killers’ and ‘U-Turn,’ it still displays Stone’s constant probing for new modes of cinematic storytelling. In telling the story of Edward Snowden’s journey from idealistic soldier and government employee to fugitive NSA whistleblower, Stone adopts a technique that is both objective and subjective, alternating between clear, concise journalistic detail and stylized imagery that places the viewer in Snowden’s consciousness. There are constant shifts in perspective not only between outside and inside Snowden, but between the points of view of a variety of supporting characters – Stone’s mastery of his art is so complete that he’s able to pull off a movie that weds itself to a strong, singular protagonist without shortchanging the ensemble.” 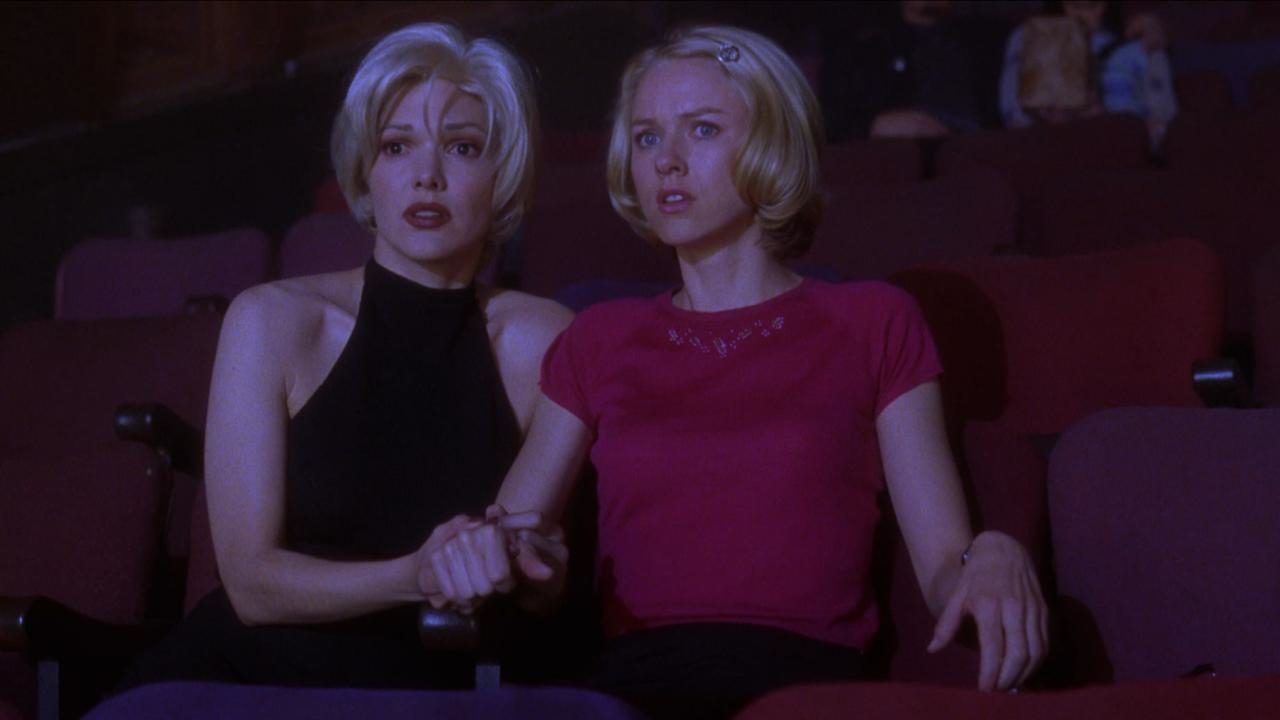 “A few years ago, I was asked by a friend to rank my Top Five Favorite Films. It was so daunting to limit my list to only five titles that I decided to add 95 more. With a new year and fresh slate of films on the imminent horizon, I thought it would be appropriate to revise my original draft of this ever-evolving list, inducting some of my recently discovered favorites into the mix. However, my top three films have conspicuously remained the same, and what struck me about them this time around was their similarities. All three pictures explore the emotionally restless psyche of characters who feel trapped. In the midst of their isolation, they experience visions of an alternate reality that may or may not be imagined. These visions epitomize the essence of cinema, filtering reality through heightened lenses while recasting and rearranging the various people and places that populate waking life. I am reminded of a quote from the Upanishads read by David Lynch prior to screenings of his tenth (and hopefully not final) feature, ‘Inland Empire’: ‘We are like the spider. We weave our life, and then move along in it. We are like the dreamer who dreams and then lives in the dream. This is true of the entire universe.’ On that note, enjoy…” 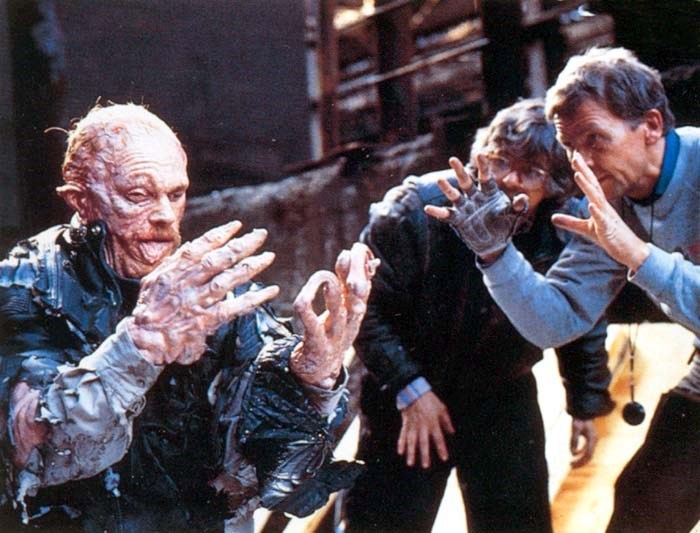