“Studies show there is still a huge discrepancy between the number of male and female filmmakers. Is it getting better? [Bernard:] ‘It’s getting better but one thing I think I’ve noticed is that the internet has empowered women quite a bit. It puts them on an equal footing with any man. If it’s a Facebook page. If it’s a blog. They can say what they want and they don’t get interfered with. That message gets across. People who might be shy. People who might have felt repressed and have not been able to speak out, can speak out and are being heard, and I think that this new generation that’s grown up with the internet is going to really integrate with the male-dominated system in the years to come, and I think we’re just seeing the beginning of that.’ [Barker:] ‘I think it’s a big problem and I think it’s great that it’s being pointed out in such a major way. Manohla Dargis’ piece on this in the New York Times last weekend was a real eye opener and I think it’s a real issue. It’s a legitimate issue and when you’re sitting here and you’re seeing the work of Claudia Llosa or [Marielle Heller] the director of ‘Diary of a Teenage Girl,’ you’re just floored by the talent, and I think it’s a real problem that so many of these women directors do not have the ability to prevail when they have talent, unbelievable talent and I’m really glad this issue is coming to the forefront in a major way.’” 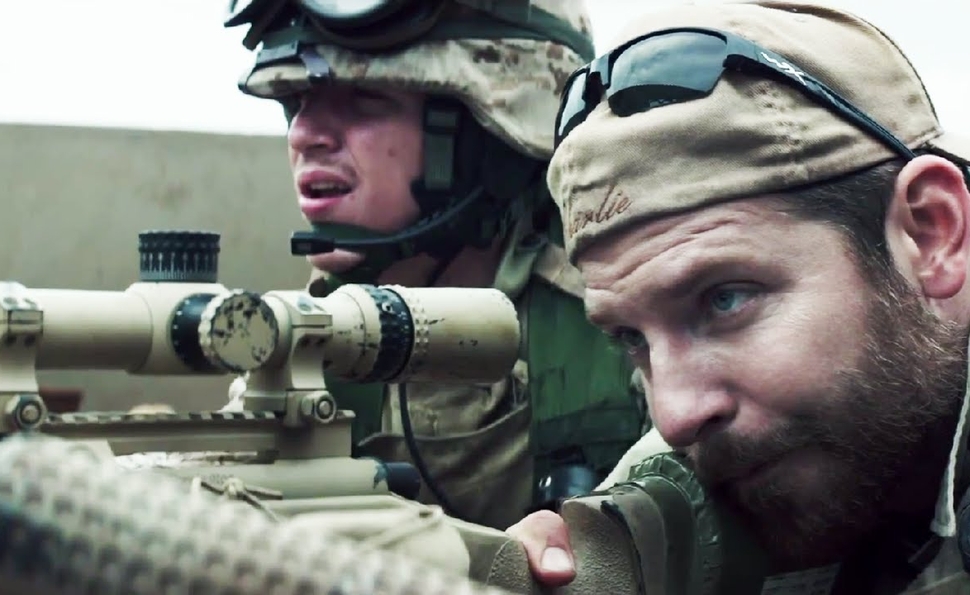 “These are all critics doing the critic’s job of digging into a film and trying to make sense of what’s there. That means putting it in a larger context that includes, in this case, the life that inspired it and the history around that life. But it also means focusing on the film’s aesthetics. What for instance, is meant by the scenes where Kyle puts a mother and her child in the crosshairs? It’s good work that’s come to strikingly different conclusions, which is what happens when smart people who know what they’re talking about engage with a movie meaningfully. It’s also, especially when a film like ‘American Sniper’ comes along, work that matters. Films mean something, and they deserve better than snap judgments and pre-determined, agenda-serving conclusions. None of the writers above, or the many others who’ve engaged with Eastwood’s film, have become the loudest voices in the conversation. But they’re necessary voices, and they’ll be the voices that last, the cooler heads that prevail long after the flames have faded.” 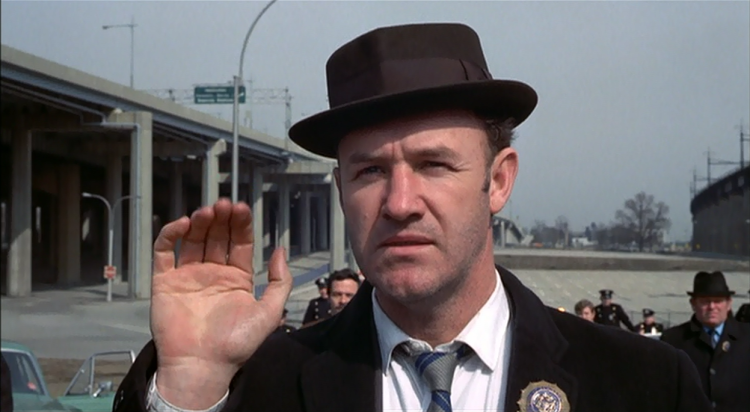 "The Greatest Living American Actor at 85: Gene Hackman Is Retired But Still In Charge": A lovely ode to the legendary actor by Grantland's Steven Hyden.

“The Gene Hackman performance that sticks with me the most didn’t occur in one of his 79 films, but rather in a profile written by Roger Ebert for the Chicago Sun-Times in 1971. Hackman stopped in town on the way to a family reunion in Danville, Illinois, where the Hackman clan settled after wandering across four different states during Gene’s early childhood. […] When Ebert interviewed Hackman over steaks at famed Chicago restaurant the Pump Room, Hackman was 41 and about to transition from Oscar-nominated actor to Oscar-winning superstar. ‘The French Connection’ had just come out and was already a box office sensation. In the film, Hackman is Popeye Doyle, one of the great ’70s antiheroes, a combination Dirty Harry/Archie Bunker who flaunts his racism and unscrupulous policing methods as shamelessly as his schlubby-chic porkpie hat. Hackman subsequently played variations on Popeye throughout his career — his type was the old-school, take-charge man’s man who must harness his inextinguishable rage or risk being destroyed by it. ‘I’m not that kind of guy. He was a physical man,’ Hackman said of Popeye in the Ebert interview. ‘We had to go back and re-shoot the first two days of scenes because I hadn’t gotten into the character enough. I wasn’t physical enough.’ Dining with Hackman and Ebert was Hackman’s dad, Gene Sr., who had made his living working on newspaper presses many years prior. Ebert asked Hackman to compare Popeye Doyle to the more passive character he played in ‘I Never Sang for My Father,’ who also happened to be named Gene. In its own way, ‘I Never Sang’ is just as unrelenting as ‘The French Connection,’ only instead of being mentally tormented by a suave French drug lord, Hackman grapples with the dread of every encounter with his distant, judgmental patriarch. And, unlike in ‘The French Connection,’ Hackman is never afforded the catharsis of shooting somebody.” 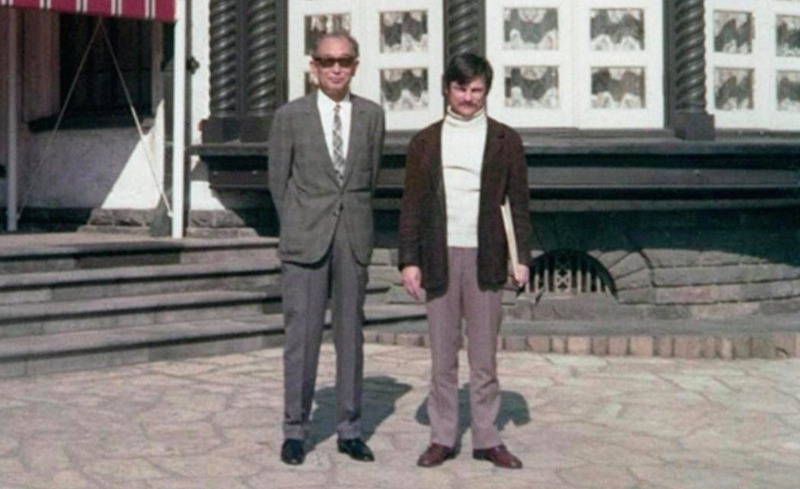 "Akira Kurosawa on watching 'Solaris' with Andrei Tarkovsky": Cinephilia & Beyond reposts an article originally published in the Asahi Shinbun Newspaper on May 13th, 1977.

“Tarkovsky guided me around the set, explaining to me as cheerfully as a young boy who is given a golden opportunity to show someone his favorite toybox. Bondarchuk, who came with me, asked him about the cost of the set, and left his eyes wide open when Tarkovsky answered it. The cost was so huge: about six hundred million yen as to make Bondarchuk, who directed that grand spectacle of a movie ‘War and Peace,’ agape in wonder. Now I came to fully realize why the boss of the Mosfilm said it was ‘a Great War for me.’ But it takes a huge talent and effort to spend such a huge cost. Thinking ‘This is a tremendous task’ I closely gazed at his back when he was leading me around the set in enthusiasm. Concerning ‘Solaris,’ I find many people complaining that it is too long, but I do not think so. They especially find too lengthy the description of nature in the introductory scenes, but these layers of memory of farewell to this earthly nature submerge themselves deep below the bottom of the story after the main character has been sent in a rocket into the satellite station base in the universe, and they almost torture the soul of the viewer like a kind of irresistible nostalghia toward mother earth nature, which resembles homesickness. Without the presence of beautiful nature sequences on earth as a long introduction, you could not make the audience directly conceive the sense of having-no-way-out harboured by the people ‘jailed’ inside the satellite base.” 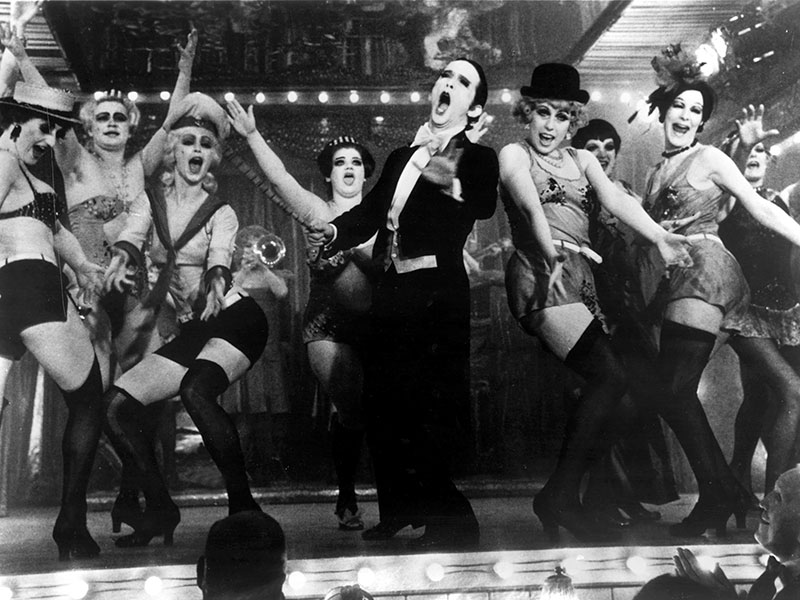 "Broadway Legend Joel Grey Opens Up About His Sexuality": The 82-year-old icon comes out to People's Liz McNeil.

“‘I don't like labels,’ says Grey, ‘but if you have to put a label on it, I'm a gay man.’ While it's not a secret to his friends and family, the entertainer's never spoken about it publicly before. ‘All the people close to me have known for years who I am,’ Grey tells PEOPLE. ‘[Yet] it took time to embrace that other part of who I always was.’ It was different for a man of his generation. Growing up in Cleveland, Ohio, the son of noted actor-comedian Mickey Katz, Grey remembers ‘hearing the grownups talk in the next room, my mother included, talking derisively about ‘fairies’ and men being dragged off to jail and even worse for being who they were.’ At about the same time, he says, ‘I came to realize, along with being attracted to girls, I had similar feelings for boys.’ Grey didn't reveal his truth for many more years to come. He was married to actress Jo Wilder for 24 years, a period he calls ‘the happiest of my life.’ Together they have two children: actress Jennifer Grey and son James, a chef.” 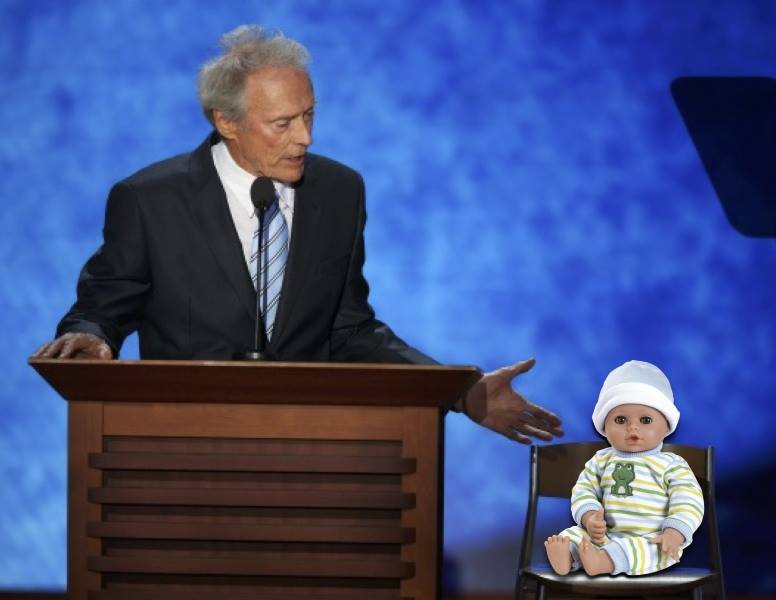 Nelson Carvajal reveals his picks for The 25 Best Films of 2014 in his latest indispensable video essay.