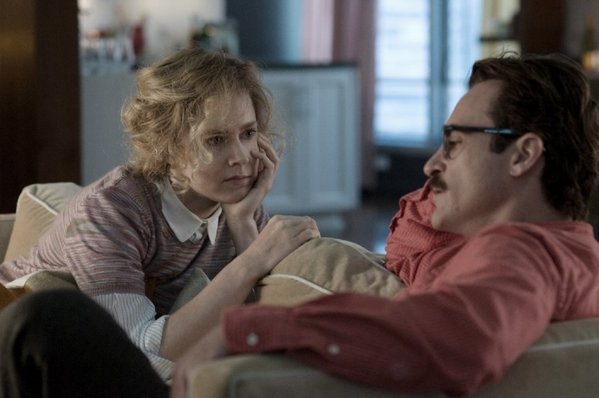 "National Board of Review Selects 'Her' as Best Picture." The Los Angeles Times' Susan King reports on the latest round of awards. Related: The New York Film Critics Circle's winners.

"Spike Jonze's quirky love story about a lonely man and his warmhearted computer operating system, was named best picture of 2013 on Wednesday by the National Board of Review of Motion Pictures. Jonze also won best director.'Spike Jonze is one of the most talented and visionary filmmakers working today,' said Annie Schulhof, NBR president, in a statement. 'He explores the age-old themes of love and human connection in a completely fresh and innovative way.' Lead actor went to Bruce Dern as an elderly man who believes he's won $1 million in a magazine sweepstakes in 'Nebraska.' Emma Thompson earned lead actress honors as 'Mary Poppins' author P.L. Travers in 'Saving Mr. Banks.'" 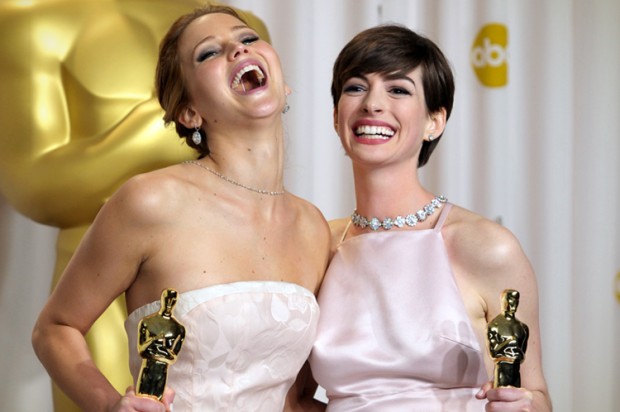 "Are We In for a Season of Jennifer Lawrence Haters?" For Salon, Daniel D'Addario wonders if Lawrence is due to be the next Anne Hathaway. We hesitated in linking to this piece lest we feed the negativity machine but it offers a useful look at the cycles of public opinion and publicity.

"People are free to like or to dislike any actor they choose, naturally. But the organized campaign against Anne Hathaway last Oscar season seemed less like a once-in-a-generation shift in public opinion and more like the way social media enables group thought now. Every Hatha-action was dissected ad infinitum — her rushing the stage at the Golden Globes, for instance, to list names she’d forgotten in her acceptance speech wasn’t just an embarrassing slip-up but evidence of narcissism. The media saturation of Oscar season coupled with the very modern volume of voices shouting combined to make Hathaway a persona non grata on TV screens even as she was the toast of the movie industry. After all, a GIF, like the ones of Jennifer Lawrence adorably tripping or goofing off, iterates endlessly; eventually one wants to close the window." 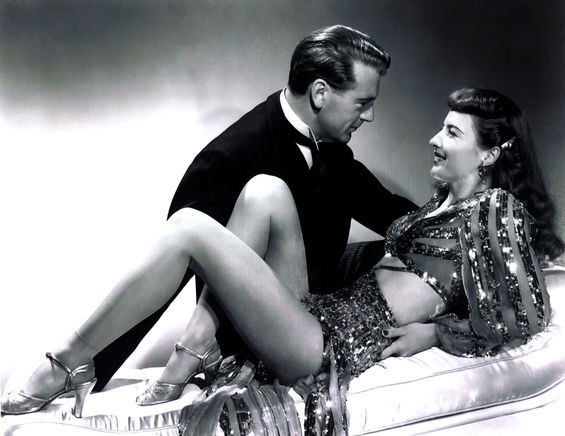 "Honoring the Range of Barbara Stanwyck." The Village Voice's Melissa Anderson considers the legacy of one of cinema's most versatile and self-possessed stars.

"It's tempting, however foolish, to conflate the actress's grit with that of several of the characters she played at the outset of her movie career. From 1929 through 1933 — the glory years of loose-morals Hollywood — Stanwyck was often cast as an indomitable cynic who frequently used sex as a weapon, whether to advance to the 1 percent in Alfred E. Green's Baby Face (1933) or to be sprung from San Quentin in Howard Bretherton's Ladies They Talk About (1933). In the latter, Stanwyck's Nan Taylor, behind bars for fronting a bank robbery, tells an inmate, "I knew it was going to be a tough fight. But nothing's ever licked me yet." This declaration, delivered without a trace of self-pity or arrogance, might sum up the actress's own drive to leave behind the privations of Kings County — achieved by being a cutie who kept cool. In many films from the 1930s, Stanwyck played proles, though she never limited herself to one tax bracket. In Leigh Jason's dizzying The Mad Miss Manton (1938), she's the Park Avenue heiress of the title, suing newspaper editor Peter Ames (Henry Fonda) for libel and leading a septet of cosseted Junior Leaguers on a chase to find a killer. In the first of their three onscreen pairings, Stanwyck and Fonda already display electric chemistry, ignited when she introduces herself to him — by slapping him across the face. The assault, as hilarious as it is startling, evinces the actress's impeccable timing in comedies." 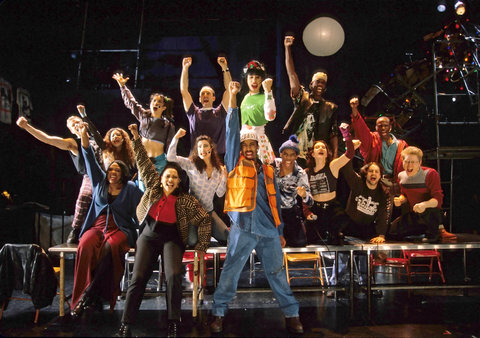 "Connecticut High School Cancels Student Production of 'Rent.'"  The New York Times' Patrick Healy  reports that a Trumbull principal is the latest administrator to cancel a drama club production because of frank sexual and drug content. Related: Howard Sherman's "How to Defend Your High School Musical."

"The school’s Thespian Society had been planning a springtime production of the school edition of 'Rent,' a profanity-trimmed version of the Tony Award-winning show. The group’s president, Larissa Mark, said on Wednesday that the principal, Marc Guarino, told her and others in late November that he was barring the production because of concerns about “sensitive” material in the show. She said administrators had never weighed in on shows before, but added that Mr. Guarino had only started at Trumbull this summer. To rally support, Ms. Mark created a 'Trumbull for Rent' page on Facebook, and she and others circulated a petition in support of the production. Roughly 1,500 fellow students signed, she said, or about two-thirds of the high school’s student body." 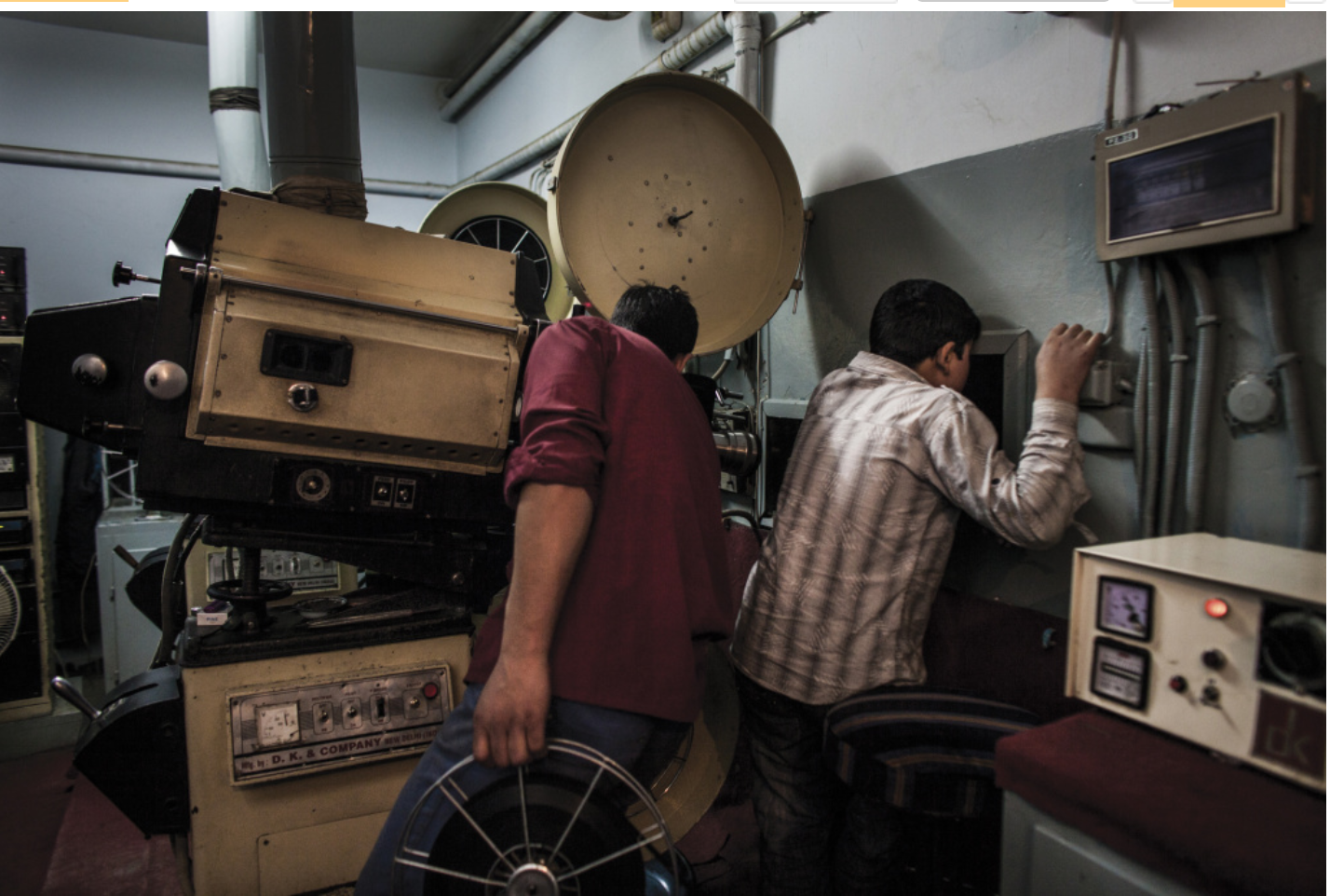 "Images From Afghanistan's Movie Culture." For SoundVision, Maya Sugarman reports that, after pushing the Taliban back, the people of Afghanistan have returned to the cinema--and photojournalist Jonathan Saruk has caught that in a series of arresting images. 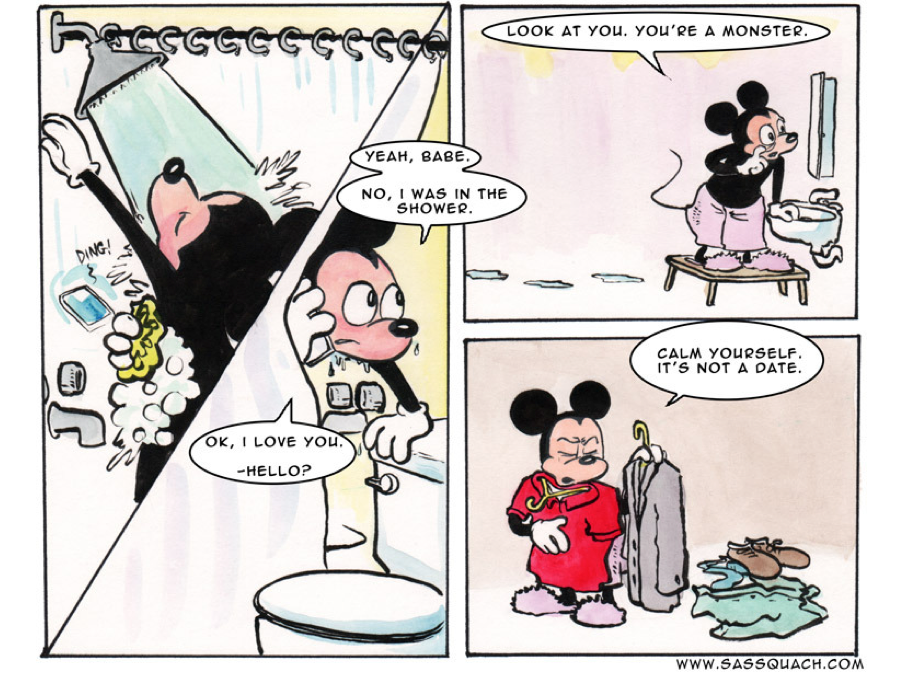