“Watching ‘American Sniper’ in the theater is an immersive, ultimately cathartic experience — but it shouldn’t be. Every war movie should make you feel like s—t. Indeed, every war movie I’ve seen over the last decade, with the exception of ‘Zero Dark Thirty’ and ‘American Sniper,’ has made me feel like s—t, in part because the man for whom I began watching those films was killed in Fallujah in 2004. I sought out those broken, ambiguous war movies that failed to fill theaters because they manifested the ambiguity and sorrow I felt about Luke’s death. I watched them because in making me feel something deeply, something that troubled me and sat thick in my stomach, they also kept the loss of Luke alive. It’s not that I wanted to wallow in sadness; it’s that they allowed me to continue to grieve him, while simultaneously giving voice to the ways in which an honorable man can fall victim to a cause that might ultimately not be. I didn’t cry during ‘American Sniper.’ I felt anxiety and fear, the way that narrative wanted me to, and elation when Kyle made his way into that truck and, ultimately, home. I felt desire for the build of Bradley Cooper, the thickness of it, the way he tucked his polo shirt into his pants, and the sullied baseball cap, because it reminded me of how Luke was built and dressed the same. But ‘Sniper’ was, at end, a superhero movie. Any frustration I might have felt after the coda was immediately dissipated by a hard cut to actual footage of Kyle’s Cowboy Stadium memorial, set to a melodramatic score, flags billowing mighty and high. That’s an excellent way to tidy the story of messy war. And while ‘American Sniper’ shows due glory to its protagonist, I fear it’s ultimately a disservice: not to the thousands of soldiers who gave their lives, but to any future actual and accountable connection between the people who fight these wars and those who watch movies about them.” 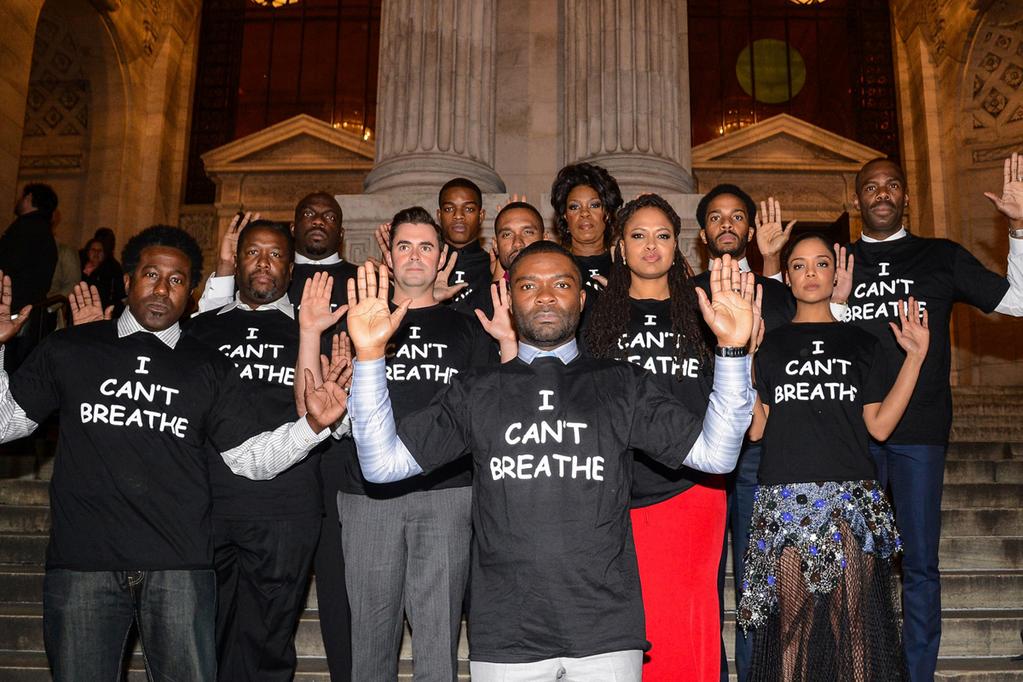 "Can America handle the truth on race?": CNN's Eric Liu ponders this question in honor of Martin Luther King, Jr. Day. Related: Newsweek's Stav Ziv reports on the protests and celebrations planned around the country today. See also: Jacobin's Thomas J. Sugrue covers the distortions to King's legacy. Pictured above: Director Ava DuVernay and her cast at the New York premiere of their Oscar-nominated movie "Selma," the first major American film to tackle the life of King.

“Consider our nation 50 years post-civil rights movement. That movement is sometimes called the Second Reconstruction. It sought to finish the fight to make truly equal citizens out of the descendants of slaves. But here we are today, still plagued post-Ferguson and post-Staten Island by divisions of color and caste -- and by an inability to talk about them without angry defensiveness.That's why it's worth asking whether the United States today could take a page from South Africa's script. Fania Davis, a civil rights attorney and restorative justice activist in Oakland, California, has proposed just that. In a widely circulated essay in Yes! Magazine, Davis argues that Ferguson, Missouri, needs a truth and reconciliation commission on extrajudicial violence against African-Americans -- and that America does, too.You can hear the objections already. For instance: Won't cataloging acts of racism from the past just make it harder for us all to get along?But of course, racism is not only in the past. It did not end with the Thirteenth Amendment of 1865 or with the Voting Rights Act of 1965. It is present in the acts and attitudes of many today. It is present in the institutional residue of past choices.That the phrase #BlackLivesMatter must be said says it all. The criminal justice system, the education system, the economic system and (as this year's so-white Oscars remind us) the pop culture system -- all of them value black lives, black voices and black experience less than fully. We must all face that fact.” 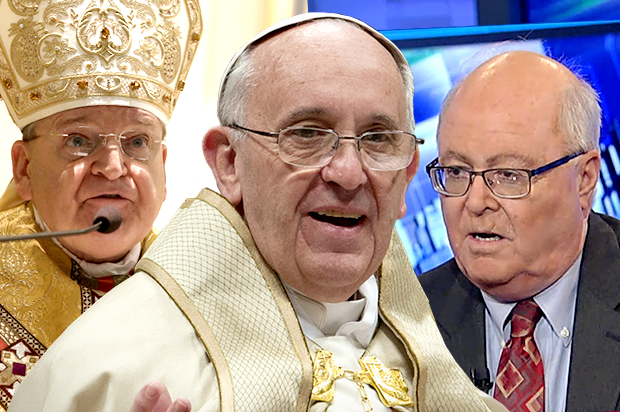 "The Pope Francis revolution: Inside the catastrophic collapse of the Catholic right": Salon's Patricia Miller reports on the decline of right-wing Catholicism.

“After years of demagoguery, why are these stalwarts of the Catholic right suddenly being tripped up by their own words? According to Jon O’Brien, president of Catholics for Choice, which has researched and reported extensively on the Catholic right, the answer is simple: Pope Francis. ‘The Catholic right found great succor—if not an outright endorsement—when Benedict was pope,’ says O’Brien. ‘It was good times for the Catholic League and C-FAM and those who wanted a leaner and mean church. Pope Francis is no left-wing revolutionary, but he has let it be known that he doesn’t like a mean church. The leadership is no longer giving them cover.’ And politically savvy bishops like Dolan, who has noticeably softened his conservative rhetoric, are distancing themselves from loose canons like Pavone who might damage them with Rome. At the same time, right-wing Catholics amped up their rhetoric to the point where even their follow conservatives are uncomfortable. ‘If you let extremism, particularly religious extremism, go where it goes, eventually it walks itself off a cliff,’ says O’Brien. ‘The rhetoric of violence embraced by the right got them on Fox and even the mainstream media was seduced for a while, but eventually they undid themselves because they are not representative of mainstream spirituality. Now, even people who are legitimately conservative want to distance themselves from people like Donohue and Ruse.’” 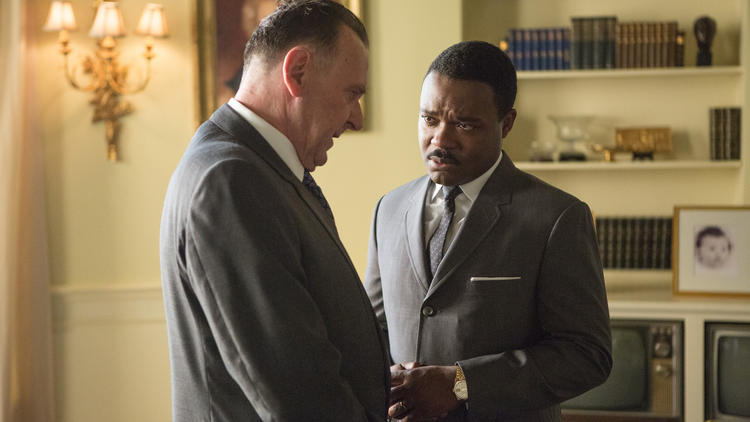 “These complaints can hurt a film, especially at Oscar time. Deadline constraints mean this story was written before it could be known whether ‘Selma’s’ nomination count was affected by the fuss, but I hope it wasn't. And that's not because I know whether ‘Selma’ got it right or not (I don't) or because I don't believe films should attempt to be as accurate as they can (I do). Rather, I think people who are as shocked as Capt. Louis Renault was to discover gambling in ‘Casablanca’ when they find errors in films are missing the point. And that's because of something I learned quite some time ago when an event I was tangentially involved in became the subject of a major motion picture. The event was Watergate, the film ‘All the President's Men.’ No, I was not Bob Woodward and Carl Bernstein's silent partner, but I was a reporter for the Washington Post while the story unfolded, and all the major journalistic players were people I knew. This was, thankfully, as close as I was going to get to having a movie about my life. I vividly remember sitting in the Kennedy Center for the film's 1976 world premiere and watching as Dustin Hoffman's Bernstein called someone for a comment and got an angry hang-up as a response. Wow, my initial thought was, how exciting, how thrilling to get hung up on in pursuit of the truth. Then, a moment later, reality hit me. Wait a minute, I realized, you've been in that situation, you're a Washington Post reporter and you've been hung up on in that very newsroom. And there's nothing even remotely exciting about it. It's as painful and unpleasant an experience as a journalist can have. Those connected moments made me realize that film by its very big-screen nature inevitably glamorizes and mythologizes. Even when it's trying its hardest to be accurate and low key, as ‘All the President's Man’ definitely did, it's going to be wide of the mark because of the intrinsic nature of the medium.” 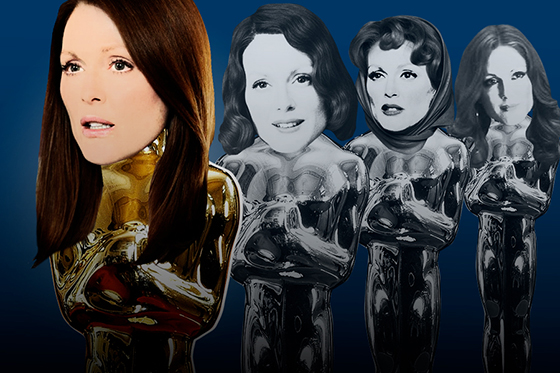 "The 8 Roles Julianne Moore Should Have Won Oscars For": Vulture's Bilge Ebiri looks back on the brilliant actress's multiple Oscar-worthy performances.

“‘Magnolia’ (1999): In Paul Thomas Anderson’s elaborate, surreal journey through the cosmically connected neuroses of different strata of Angelenos, Moore plays the much-younger wife of a dying patriarch — a woman whose coke habit, deep self-loathing, and defensiveness about her husband’s family comes very close to, and then passes, the breaking point. It’s an intense, broad, wild performance, much like the movie around it. Who won that year: Angelina Jolie in ‘Girl, Interrupted’ for Best Supporting Actress. This movie and this performance has its defenders. And this was the year Moore was herself nominated for Best Actress for ‘The End of the Affair.’ So it really should have been Moore’s annus mirabilis at the Oscars; instead, she was mostly an afterthought.” 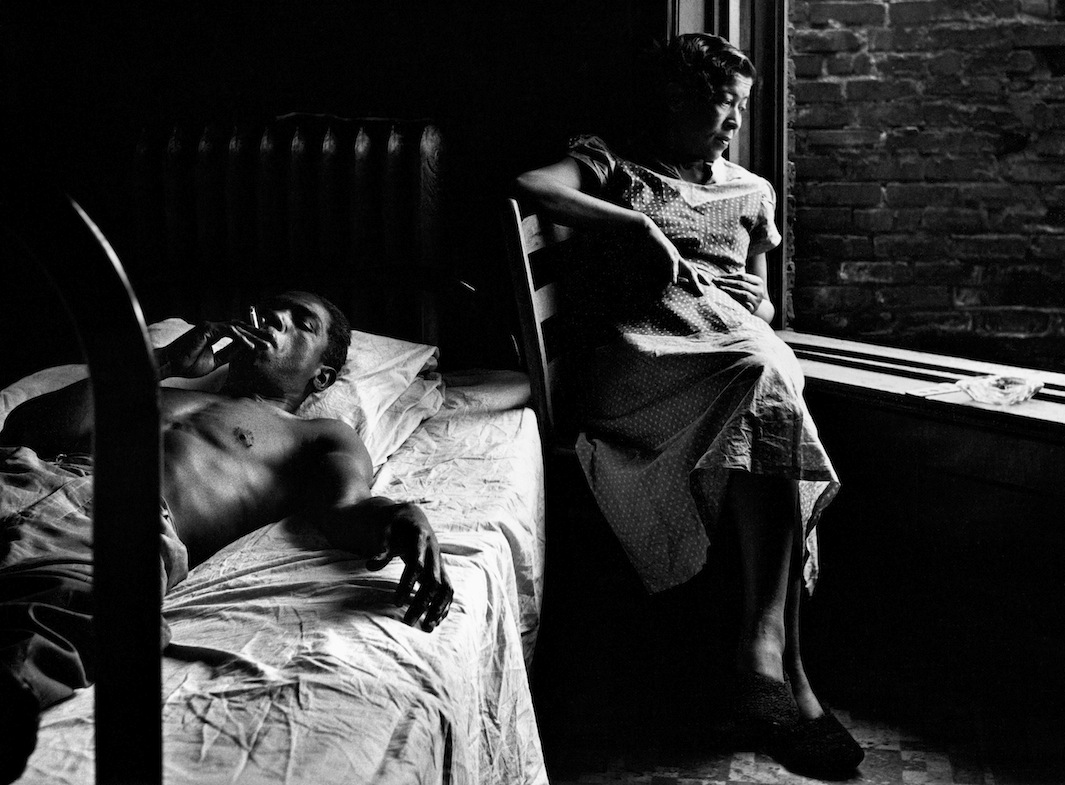 Slate's Jordan G. Teicher reports on the exhibition at Boston's Museum of Fine Arts of photographs taken by Gordon Parks that portray the lives of black Americans during segregation, including this 1950 snapshot taken in Chicago, titled, "Tenement Dwellers."