“Comparing ‘Nightcrawler’ to ‘Network’ or Lou to Travis Bickle does not quite make sense: the movie is not really just about the news business, and Lou is not a delusional loser. Instead, he is a perfect example of what entitlement looks like, and the ways in which it can act as a superpower. If Lou is mistaken for a ‘Taxi Driver’ analogue, it is because we do not have a better reference point to explain him. In the past, privileged men in the movies looked like Linus Larrabee, the dour tycoon played by Humphrey Bogart and Harrison Ford in the ‘Sabrina’ movies, or the bratty children of great advantage. Lou is not wealthy. He lives in an apartment that is modest by pop culture standards and drives a crappy car. When he becomes modestly successful, Lou splurges on a flashy red sports car, the sort of toy that reveals rather than conceals the class its owner grew up in. But Lou is entitled nonetheless, a product of ‘the self-esteem movement so popular in schools’ for whom the idea that he might fail or be refused is so alien that he is effectively rendered impervious to setback.” 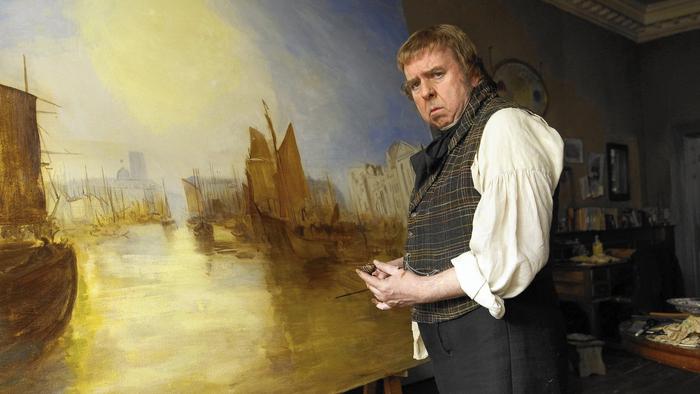 "Now showing: 'Suffering for their art' films like 'Birdman' and 'Whiplash'": At The Los Angeles Times, Steven Zeitchik contrasts some of the Oscar season's most acclaimed films.

“Popping up everywhere are movies about people buckling under their own artistic weight — the kind that comes with being a certain type of jazz musician (‘Whiplash’), actor (‘Birdman’), novelist (‘Listen Up Philip’), painter (Mike Leigh's ‘Mr. Turner’), actor again (Chris Rock's upcoming ‘Top Five,’) concert pianist (the Ethan Hawke-directed fall-festival documentary smash ‘Seymour’), actor once more (Olivier Assayas' ‘Clouds of Sils Maria’), rock singer (the Michael Fassbender-starring ‘Frank’), documentary filmmaker (Noah Baumbach's upcoming ‘While We're Young’) and actor again (Al Pacino's ‘The Humbling’). The disciplines vary; the personalities run the gamut. Yet all of these movies rest on one key dramatic idea: being a creative person is really, really hard. In an age when iPhones have created armies of Annie Leibovitzes and anyone with a Typepad account is instantly a writer, stories about artistic struggle are on everyone's minds a little more, including directors. Or maybe some creative people just don't want to stretch too far.” 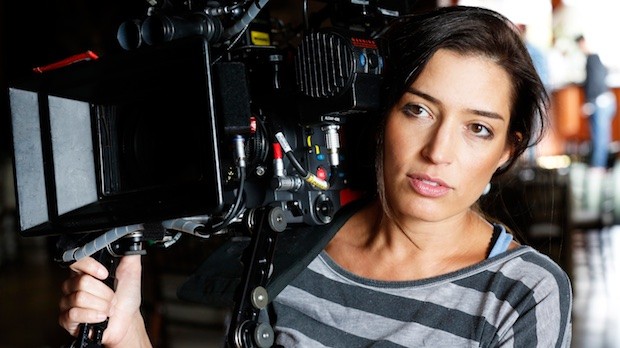 “One time I tried to watch ‘One Flew Over the Cuckoos Nest’ at Catherine Keener’s house with her and her son and it was like, ‘what the fuck am I even watching? Is this a Lifetime movie from 1990?’ I stopped the movie and sat there for ten minutes going into her TV’s menus trying to fix it, which I eventually did. It just needs to be much easier than that because only a very small portion of the population is that anal and has that kind of patience. Even worse, there was the time a few years back, before I got into the guild, when I was at another ASC D.P.’s house showing him my reel. We put the reel on his TV and everything that was 35mm on the reel looked like video. He had smooth motion on his TV and didn’t even realize. People often tell me it’s a lost cause to try and change this feature and that the average viewer cannot tell the difference. But I’ve asked everyone I know, and, since starting this petition, I’ve realized that many more people outside of the film industry are disgusted by this default setting and simply had no idea how to change it or had no idea that they could change it.” 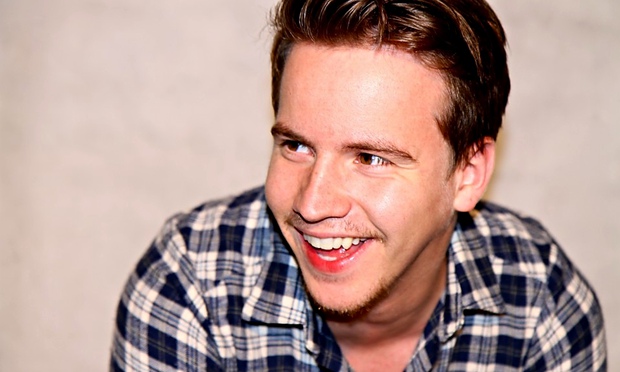 "Suicide and silence: why depressed men are dying for someone to talk to": The Guardian's Owen Jones says that "the stigma of mental illness must be challenged."

“Jane Powell is the founder and director of Calm, the Campaign Against Living Miserably, which specifically deals with male suicide. ‘If you're a mum, a dad, a loved one, you want to worry about the biggest threat,’ she says. ‘And yet we worry about assault levels, rather than the real killer – suicide.’ She makes a provocative case: that while breast cancer does kill men, we rightly focus on it as a female disease. In the same way, suicide prevention has to focus on men. ‘We need to name the issue,’ she says. Why are so many more men killing themselves than women? ‘Is it biologically set in stone that men take their own lives – or is it cultural?’ Powell asks. ‘If you look at how the suicide rates have changed, how they go up and down, you can see that it's cultural – it's about what we expect.’ And this is what is so troubling about male suicide. Women are actually more likely to suffer from depression, but more likely to seek help when they encounter trouble. The uncomfortable truth is that stereotypical forms of masculinity – stiff upper lips, ‘laddishness’ – are killing men.” 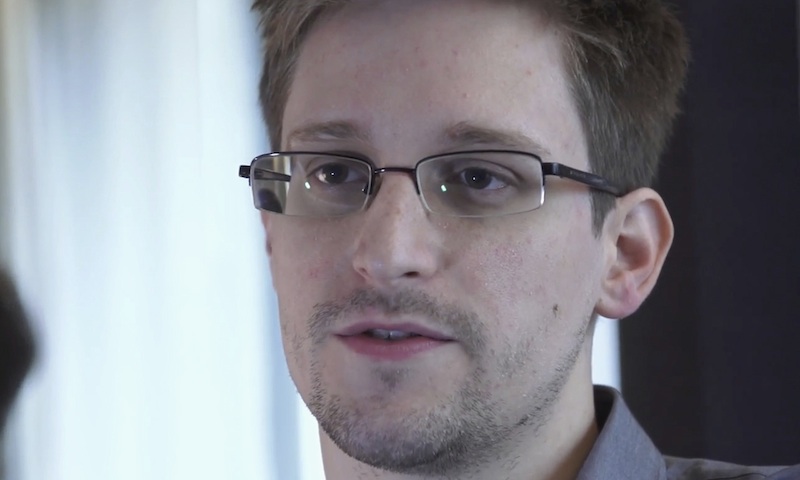 “Open Road Films has acquired U.S. distribution rights to the untitled Oliver Stone-directed film that will star Joseph Gordon-Levitt as Edward Snowden, the American who fled to Russia seeking asylum after making public more classified documents than anyone since Daniel Ellsberg leaked the Pentagon Papers during the Vietnam War. I’m told that Stone and producing partner Moritz Borman will make this deal as soon as today, partly because of the job that Open Road head Tom Ortenberg did in championing the release of the Stone-directed George W. Bush film ‘W’ while he was at Lionsgate. The deal follows one earlier today in which French sales agent-distributor-producer Wild Bunch acquired international rights to sell on a film that Stone begins shooting late January in Munich. Snowden has been a hot-button topic in town — the documentary ‘Citizenfour’ premiered at the New York Film Festival.” 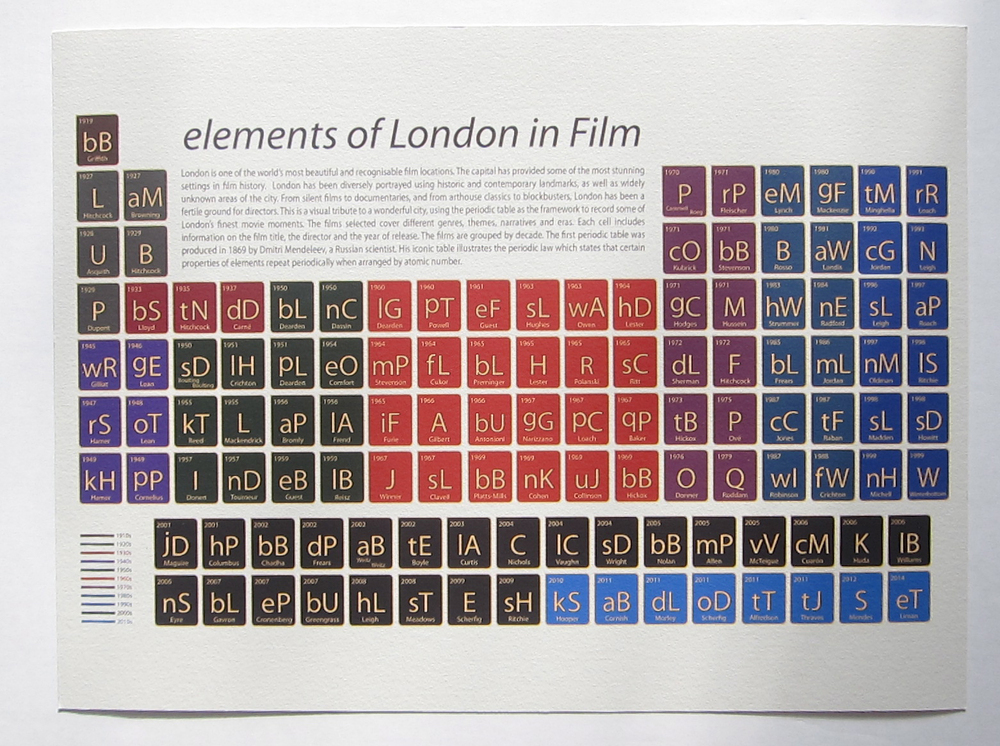 On a Sixpence displays a clever art print honoring the greatest London movies of all time that uses "the periodic table as the framework."

ASTRO//SPLICE from Nelson Carvajal on Vimeo.

The spectacularly talented video essayist Nelson Carvajal shares "ideas on space, extraterrestrial life and even some 'Interstellar' imagery" in his latest marvel, "ASTRO//SPLICE."