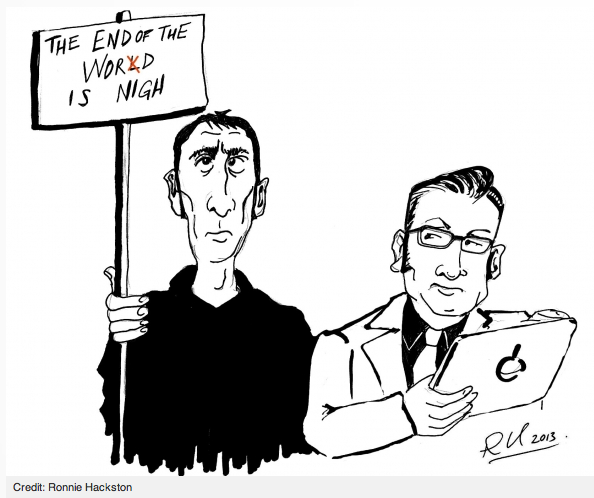 "A Critical Confusion." For Sight & Sound, Brad Stevens gets his dander up about the alleged death of criticism, as well as the conflation of reviewers and critics.

"The reviewer offers a consumer guide, recommending or warning against the latest films, books, plays, etc. The critic, on the other hand, offers analysis and interpretation. The essential difference relates to the audiences addressed by these discourses. The reviewer addresses a reader who is assumed to be unfamiliar with the work under discussion, and is wondering whether or not to seek it out. The critic addresses a reader who is assumed to be familiar with the work, and is interested in seeing what somebody else made of it. Needless to say, the distinction is rarely clear-cut: all reviews involve an element of criticism, and all criticism is at least implicitly a review. Those texts that appear in Sight & Sound under the heading ‘Reviews’ seem to me to combine reviewing with criticism, and it is hardly surprising that readers frequently take the magazine to task for including ‘spoilers' in this section. Yet these complaints also suggest a lack of knowledge concerning criticism’s function. The objection made by certain individuals is not that they have encountered a piece of criticism where they might reasonably have expected to find a review, but rather that they believe criticism as a practice should limit itself to those elements which do not clash with the objectives of the reviewer. Fundamental questions about the nature of today’s culture and our relationship to it are involved in this misunderstanding. Consider Will Self’s review of Mark Kermode’s book Hatchet Job, which appeared in the print edition of the Guardian on 12 October (and online three days earlier). Self complains that, although Mark Kermode realises how, 'in the age of the internet and the worldwide web,' the critic’s role is changing, he is nonetheless 'unable to grasp the full extent of the change.' Self is eager to set us straight on this point, yet his remarks on the death of criticism (not to mention cinema, literature and music) are rendered more than a little problematic by the fact that he clearly isn’t discussing criticism at all. What he’s discussing is reviewing." 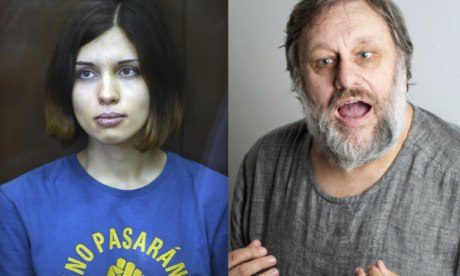 I hope you have been able to organise your life in prison around small rituals that make it tolerable, and that you have time to read. Here are my thoughts on your predicament. John Jay Chapman, an American political essayist, wrote this about radicals in 1900: 'They are really always saying the same thing. They don't change; everybody else changes. They are accused of the most incompatible crimes, of egoism and a mania for power, indifference to the fate of their cause, fanaticism, triviality, lack of humour, buffoonery and irreverence. But they sound a certain note. Hence the great practical power of persistent radicals. To all appearance, nobody follows them, yet everyone believes them. They hold a tuning-fork and sound A, and everybody knows it really is A, though the time-honoured pitch is G flat.' Isn't this a good description of the effect of Pussy Riot performances? In spite of all accusations, you sound a certain note. It may appear that people do not follow you, but secretly, they believe you, they know you are telling the truth, or, even more, you are standing for truth. But what is this truth? Why are the reactions to Pussy Riot performances so violent, not only in Russia? All hearts were beating for you as long as you were perceived as just another version of the liberal-democratic protest against the authoritarian state. The moment it became clear that you rejected global capitalism, reporting on Pussy Riot became much more ambiguous." 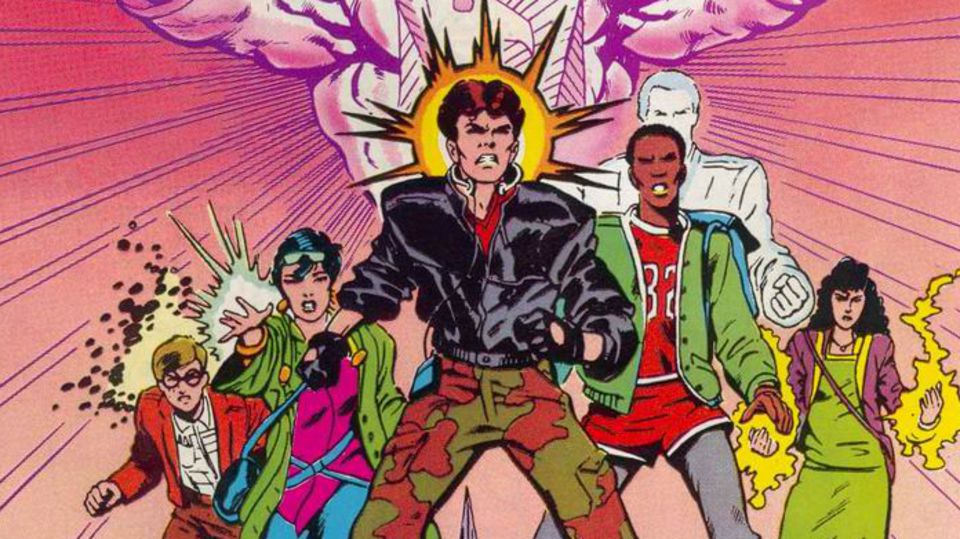 "How Marvel's New Universe Holds Up--or Not--Three Decades Later." The A.V. Club's Jason Heller wonders if that world was really so great before its 1987 implosion.

"Last month I placed a mail order for the first three issues of all eight New Universe titles. A week later the package came. It had been many years since I’d ordered comics through the mail, and I felt like a kid as I tore open the package. I felt even more like a kid as The New Universe tumbled out. There they were, just as I remembered them—only a little more faded from 27 years of newsprint decay. The covers were like yearbook photos of half-forgotten high-school friends: the unmistakably Superman-like image on Star Brand #1; the retro-Fantastic Four caption of 'WHERE WALKS THE ROBOT!' on Kickers, Inc. #2; the Doctor Strange-esque dreamscape of Nightmask #3. Then it hit me: These were derivative as shit. Spitfire looked like Iron Man. Justice looked like Longshot. Merc looked like The Punisher. D.P. 7 was such a bald-faced X-Men rip-off, it was embarrassing. For that matter, so was Psi-Force. In fact, D.P. 7 and Psi-Force were the same comic book, really—slight variations on the pariah-hero archetype that Marvel had flogged for so long before The New Universe came around. Then I re-read them. They were not good." 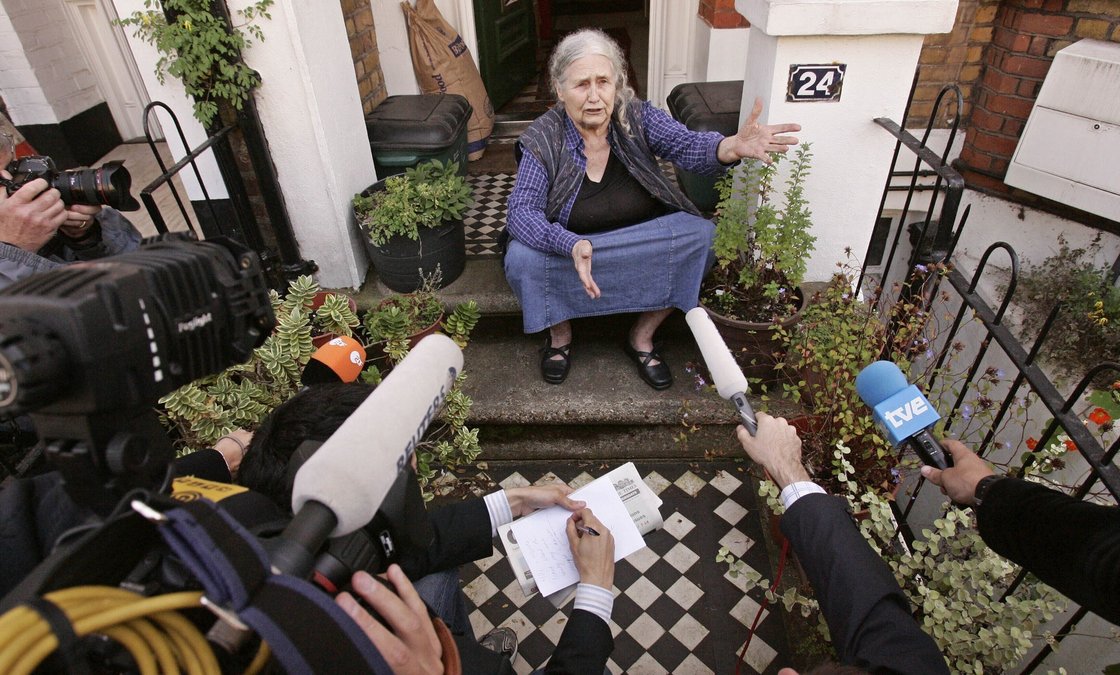 "Doris Lessing Dies Aged 94." The Guardian's Maev Kennedy compiles tributes to the Nobel prize-winning author. For Salon, Laura Morgan Green compiles a handy tour of said literary giant's many contributions. (Not everyone remembers her big sci-fi period!). NPR's Vicki Barker remembers how Lessing didn't want to be remembered. A 1970s baby's tiny swan song for her icon. And here's a Roger Ebert 1969 interview with Lessing, which he conducted in the great Studs Terkel's home. 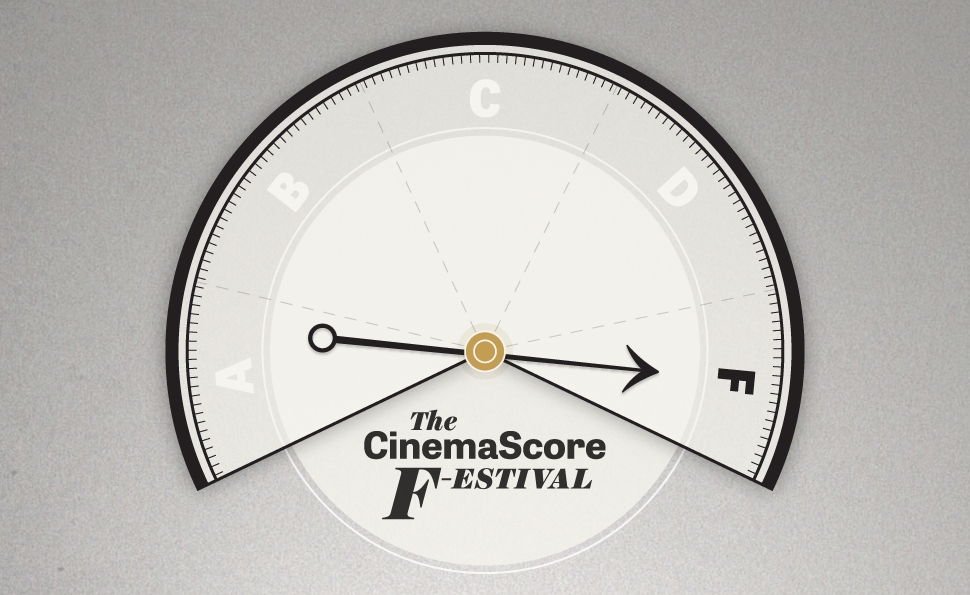 "The CinemaScore F-estival." The Dissolve's Scott Tobias champions the films deemed most disappointing by general audiences, as represented by the polling outfit CinemaScore.
Advertisement

"The idea of an F CinemaScore Film Festival came to me because I happen to like (or at least find redeeming) five of the eight movies on that list: Solaris, Killing Them Softly, Bug, Wolf Creek, and The Box. To me, what these cases reveal about CinemaScore is that it isn’t a metric of merit, but a barometer of comfort, with satisfaction on one end and estrangement on the other. But estranging qualities are qualities nonetheless, even if they break from expectation. The romantic comedies of Gerard Butler may be dull, deplorable, or some combination of the two, but they aren’t going to alienate people who unaccountably enjoy the romantic comedies of Gerard Butler. But when Killing Them Softly, a crime thriller starring Brad Pitt, forgoes action in favor of commentary on the 2008 financial crisis and election-year politics, it’s roundly rejected for the crime of cutting against the grain." 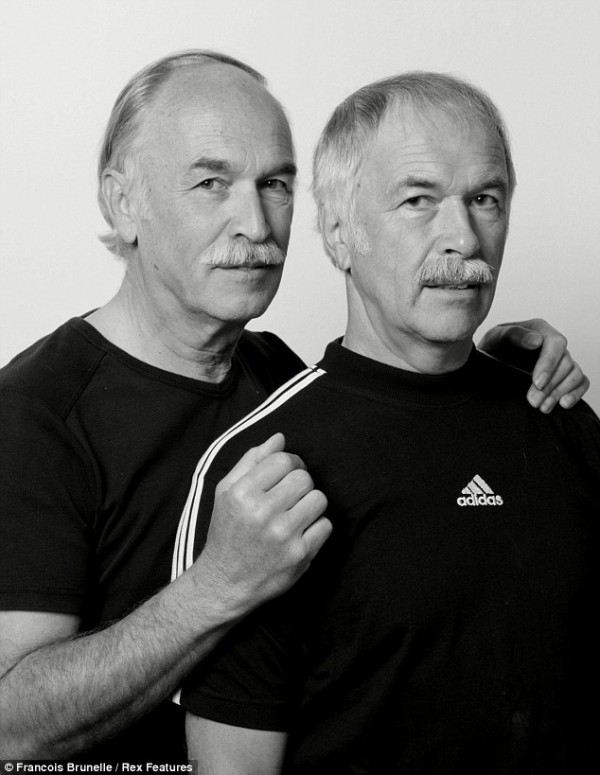 From "Portraits of Unrelated Doppelgangers Who Have Found Their Match."