"Undocumented Dreamers": A magnificent speech from Alejandro González Iñárritu, director of the Oscar-winning "Birdman" and the upcoming "The Revenant," published at Medium.

“Unfortunately, there are currently people proposing we build walls, instead of bridges. I must confess that I debated with myself, if I should bring up this uncomfortable subject tonight. But in light of the constant and relentless xenophobic comments that have been expressed recently against my Mexican fellows, it is inevitable. These comments would be unacceptable if they were targeted against another minority, nevertheless, these millions of people do not have a voice or any rights—even though they have lived here all of their lives. These sentiments have been widely spread by the media without shame, embraced and cheered by leaders and communities around the US. The foundation of all this is so outrageous that it can easily be minimized as an SNL sketch, a mere entertainment, a joke. But the words that have been expressed are not a joke. Words have real power; and similar words in the past have both created and triggered enormous suffering for millions of humans beings, especially throughout the last century. If we continue to allow these words to water seeds of hate, and spread inferior thoughts and unwholesome emotions around the world to every human being, not only will millions of Mexicans and Latin American immigrants be in danger, but immigrants around the world now suffering, will share the same dangerous fate.” 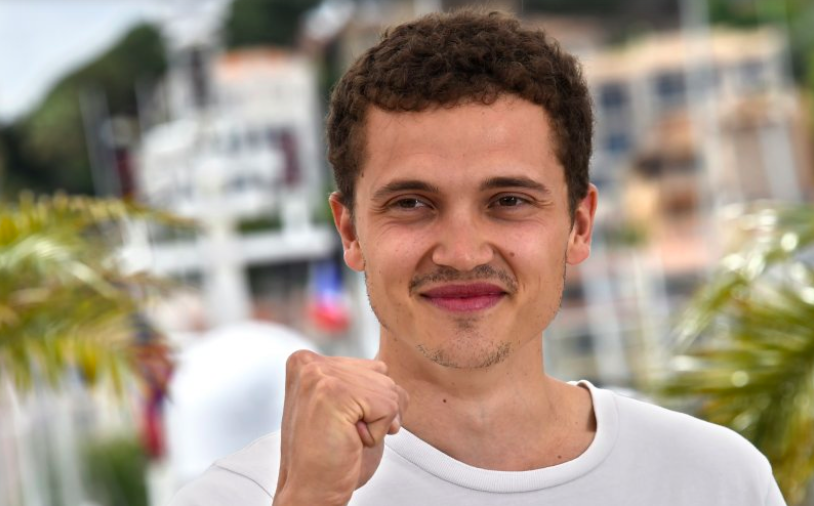 “For the record yes, it is Glusman’s real dick you see onscreen, and often. Noé was upfront about the demands the role would require from their very first conversation, which led to emails and a two day party-along in which Noé flew Glusman to Paris to hang, feel each other out, and club hop in search of potential actors to fill out the rest of the cast. […] Glusman was already such a fan of Noé and his ‘Enter the Void,’ he’d already made a short video inspired by the film. He sent it and other videos to Noé when they started corresponding. Still, he admits, he wasn’t sure what to make of the 51-year-old at first. ‘I thought he was kind of creepy and weird and I didn’t really know if I should trust him at all,’ he said. Then Noé had Glusman screen test with a child to feel out his scenes with the young son he adores, the moments that reveal glimpses of why a miserable Murphy would ever stick around instead of searching for Electra. ‘I think he was trying to see if I repulsed children or got along with them,’ Glusman joked. ‘But to see him with his godson and how gentle he was, that was kind of the moment I decided, ‘Okay, this is a good guy.’’ Once filming began, Noé immediately put that trust to the test. Glusman’s first kiss with Muyock was captured onscreen as the cameras rolled. All of the cast’s love scenes – most but not all of them unsimulated – were front loaded for the beginning of the shoot. […] I asked Glusman, whose curly hair has since grown out, to take me back to ‘Love’’s much talked-about 3D ejaculation scene – filmed, in all its spurting glory, on the first day of shooting. ‘You kind of have to get it in one take,’ he grinned. ‘You have to jump off the high board. You have to just go for it.’” 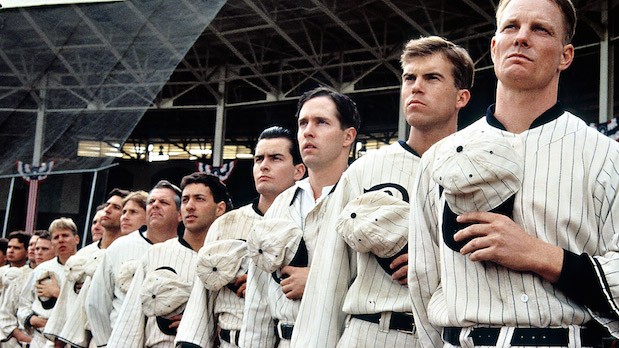 "'We Got Over 90 Setups One Day': John Sayles on 'Eight Men Out'": In conversation with Jim Hemphill of Filmmaker Magazine.

“Filmmaker: ‘Part of a director’s job is figuring out what each individual actor needs to do his or her best work. Here, you’ve got many scenes with a multitude of performers, some of whom may have very different ways of working or who are susceptible to different directorial approaches. Was that ever a problem, and if so how did you solve it? How do you keep egos in check on a movie like this where you’ve got a lot of guys and a lot of testosterone?’ Sayles: ‘You learn to handicap your actors as quickly as you can – who is great on early takes and begins to fade, who needs some warming up – but we were shooting so much in so little time, especially on the ball field, that everybody got into the rhythm of it and tried to bring their A-game right away. I would run from a camera set-up on the field to one ready in the stands, while a second unit was in the outfield filming numbers on the scoreboard or whatever – I think we got over 90 setups one day. We’d set the camera up over the pitcher’s shoulder toward home plate, then rotate different pitchers and batters in till we’d shot that angle out for all the home games (uniform change between home and away), then point toward first base and do the same. It always felt like an easy day when there was just ‘acting’ and nobody had to hit a triple on cue. Our days weren’t too long because there was no night baseball in 1919 and I don’t like shooting to drag on – things were very well planned and we had a great crew. Testosterone was appropriate in much of the film – you just try to direct it in the proper direction, like any good coach.’”

"Not So Securus": The Intercept's Jordan Smith and Micah Lee report on the hacking of 70 million prisoner phone calls that indicate "violations of attorney-client privilege."

“The blanket recording of detainee phone calls is a fairly recent phenomenon, the official purpose of which is to protect individuals both inside and outside the nation’s prisons and jails. The Securus hack offers a rare look at this little-considered form of mass surveillance of people behind bars — and of their loved ones on the outside — raising questions about its scope and practicality, as well as its dangers. Securus markets itself to government clients as able to provide a superior phone system — its Secure Call Platform — that allows for broad monitoring and recording of calls. The company also promotes its ability to securely store those recordings, making them accessible only to authorized users within the criminal justice system. Thus, part of the Securus promise is not only that its database is vast, but also that it meets rigorous standards for security. ‘We will provide the most technologically advanced audio and video communications platform to allow calls with a high level of security,’ reads the company’s Integrity Pledge. ‘We understand that confidentiality of calls is critical, and we will follow all Federal, State, and Local laws in the conduct of our business.’ But the fact that a hacker was able to obtain access to over 70 million prisoner phone call records shows that Securus’ data storage system is far more vulnerable than it purports to be. More broadly, the Securus leak reveals just how much personal information the company retains about prisoners and the countless people to whom they are connected. It is information that, in the narrow context of incarceration, may not be considered private, but in the larger world raises serious questions about the extent to which people lose their civil liberties when their lives intersect, however briefly, with the criminal justice system.” 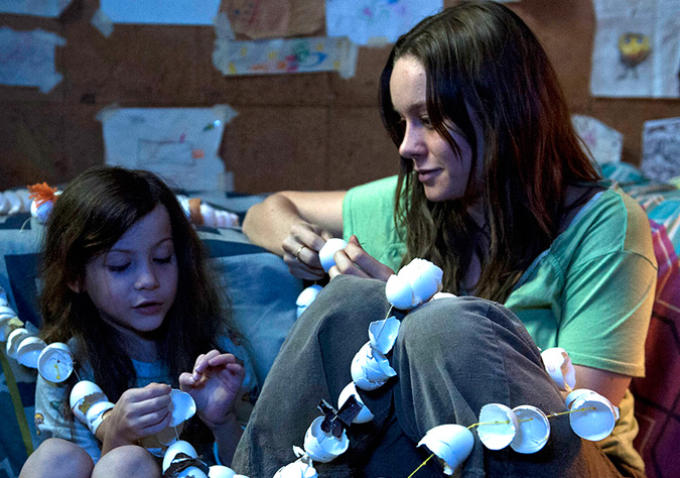 “To say more about the plot would be to destroy that horrifying empathetic experience. Even the trailer gives too much away about what happens later in the film. ‘Room’’s opening hour is so claustrophobic, so upsetting (without any of the typical cinematic devices to ‘up’ the ante – music, quick-cuts) that it will be tough to endure for some audiences. It is brutal. The room is the room. That’s it. There is no other space. There’s a ratty bed in the corner. There’s a wardrobe with clothes in it. There’s a tub and a toilet. There’s a sink, a fridge, and a tiny counter-top. There’s a skylight. And that’s it. Brie Larson said in an interview: ‘Nothing would be in there unless it had a reason to be in there. Why is it there? The rag that I’m cleaning the floor with are baby clothes cut up from when Jack was a baby.’ ‘Room’ has that level of detail in its props and atmosphere, and it’s felt by the audience in a visceral way. Her sweat pants. His little Underoos. The little saucepan. The washcloth. That horrible rug on the floor that will play such a huge part in the film. Stained. You know it stinks. It should be thrown out with the trash. But it’s all they have to cover the concrete floor.” 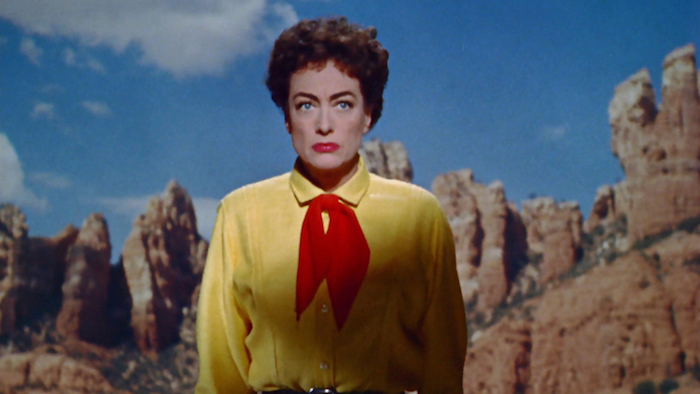 Our own Scout Tafoya recommends "Johnny Guitar" as an "NYC Repertory Cinema Pick" at Brooklyn Magazine.

Check out the Indiegogo campaign for the upcoming film from Chicago director Dan Marcus, "Closure." It's mightily intriguing.