"The New York Film Festival Grapples With the Death of an Icon": A lovely piece about the late genius, Chantal Akerman, penned by Mark Harris at Grantland.

“So although ‘No Home Movie’ has its longueurs and frustrations, I knew at least a little about what I was getting into, and I got into it. The movie is about Akerman’s aged, declining, now deceased mother; it is filmed largely in her apartment, and Akerman herself is a frequently heard and tangentially seen presence, questioning her mother, chatting with her at a kitchen table, talking to her via Skype, trying to keep her alert and interested as she slides into decline. The title has a double (at least a double) meaning; Akerman is telling you this isn’t merely a home movie, but she’s also telling you that it’s a movie about having no home; her mother was a Holocaust survivor, and the horror and acceptance of uprootedness and displacement emerges slowly and deeply through Akerman’s rigorous technique. In the film, she holds for a long time on empty rooms — rooms her mother has not yet entered or has just left. We look at the furniture, probably arranged ages ago; we’re confronted with lack of movement and oppressive silence; and we start to realize on an almost cellular level that this is a movie about pending absence and death — a movie about someone who isn’t going to be in these rooms anymore and about the space she will leave behind — almost before it becomes apparent in the text of the film itself.” 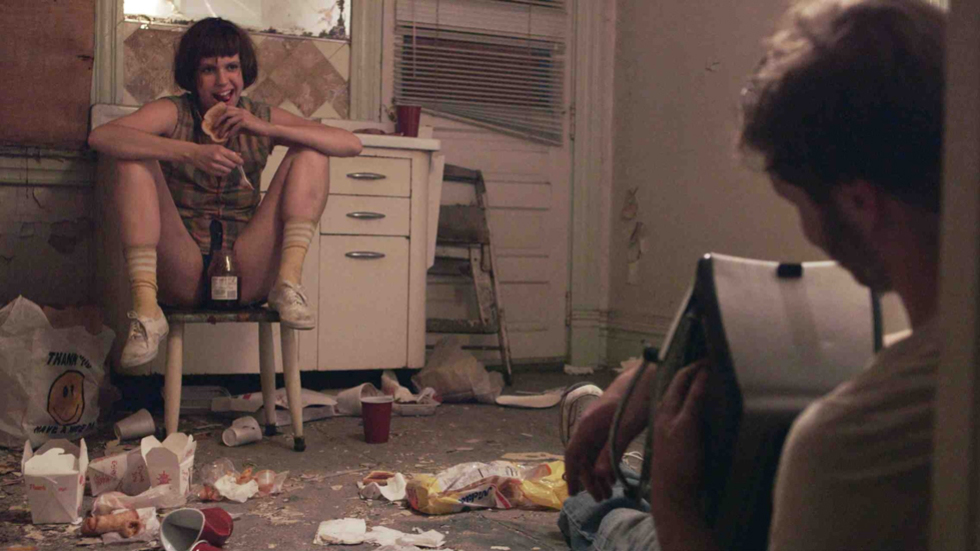 "Colin Healey on 'Homemakers'": At Indie Outlook, I interview the writer/director about his terrific debut feature, premiering in Chicago tonight at Facets.

“The situation is that people seem to be watching less movies, which I think is a mistake on people’s parts, and they seem to be making more of them, which I think is okay. Some of these movies are very good. When you look at the quality of Sundance movies right now, they are a lot better than they were when I was a kid. I do think that there have been improvements artistically, but it’s tough. We’ve got a system that’s built for less movies in terms of how many curatorial standard-bearers we have in the states. We really just have Tribeca and SXSW, and then things kind of fall from there, in terms of regard. We premiered at the independent film festival in Boston, which was fantastic, and we played lots of other great film festivals. We played Cleveland, where they were incredibly classy, and New Orleans, which is the most fun film festival I’ve ever been to. Any film that I saw at any of those festivals was absolutely top-notch. I think it’s time for us to expand our ideas of where we find our great films in America, but that said, it’s a real hustle. Premiering at IFFBoston was great, but it doesn’t come with the brand of Sundance. We needed to make up for that by meeting people, doing a PR push and stuff like that. I’m so happy that Factory 25 exists. If it didn’t exist, there would be so many movies that wouldn’t ever get distributed because [founder] Matt Grady is the only person who has seen the commercial potential in them. I think that he’s preserving a very special moment in independent film history that the commercial system is not going to be preserving. He’s figuring out how to make enough money on it to save these films and get them onto people’s shelves.” 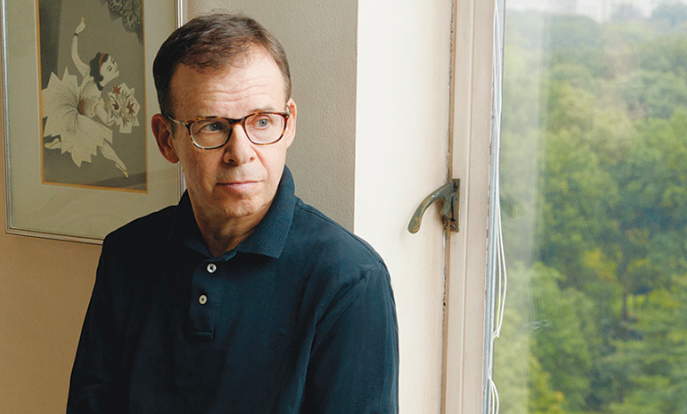 "Rick Moranis Isn't Retired (He Just Doesn't Know How To Change His Wikipedia Page)": A rare interview with the beloved actor, conducted by The Hollywood Reporter's Ryan Parker.

“A generation of comics has come and gone since Moranis first came to Hollywood during the early 1980s, riding the craze created by the McKenzie brothers, his Canadian beer-nuts bit with Dave Thomas on SCTV, which became a sort of pre-Internet-era meme (spawning a platinum comedy album in 1982, ‘The Great White North,’ and a movie in 1983, ‘Strange Brew’). Of all the Canadian comics who broke through on SCTV, Moranis was the one who seemed to be building the most momentum. ‘He's more than a funny actor, he is very creative,’ says George Wyner, who played Colonel Sandurz opposite Moranis' Dark Helmet in Mel Brooks' 1987 ‘Star Wars’ spoof, ‘Spaceballs.’ ‘I always thought he would make a fantastic director.’ Moranis never got the chance to carry a film the way his late countryman John Candy did. But he did land major roles in a series of hits, like ‘Honey, I Shrunk the Kids;’ ‘Parenthood;’ ‘Little Shop of Horrors;’ ‘The Flintstones’ and, of course, the two ‘Ghostbusters’ films (in which he played accountant Louis Tully, also known as the Keymaster, harbinger of Gozer the Destroyer). ‘I was working with really interesting people, wonderful people,’ says Moranis of his Hollywood heyday before the death of his wife. ‘I went from that to being at home with a couple of little kids, which is a very different lifestyle. But it was important to me. I have absolutely no regrets whatsoever. My life is wonderful.’”

"How Women in Hollywood Are Finally Taking a Stand Against Sexism": As reported by Variety's Ramin Setoodeh.

“For years, women in Hollywood have quietly endured sexist work environments, wage disparity, lack of job opportunity both in front of and behind the camera, and other wrongful behavior. But 2015 has marked a turning point. Hardly a week goes by in which a prominent actress or director doesn’t make headlines by blasting Hollywood for treating women as second-class citizens.The push for equal work opportunities has gone hand in hand with an increasing outcry over sexual assault, both on college campuses and elsewhere, involving major figures such as Bill Cosby and radio host Jian Ghomeshi. The issue reached new heights when New York magazine ran a July cover story titled ‘I’m No Longer Afraid: 35 Women Tell Their Stories About Being Assaulted by Bill Cosby, and the Culture That Wouldn’t Listen.’The conversation about how women are treated in Hollywood is reaching a fever pitch amid a national spotlight on feminist issues, fueled in part by presidential candidates like Hillary Clinton and Carly Fiorina, as well as author Sheryl Sandberg’s ‘Lean In’ campaign. Indeed, there’s a new wave of feminism bubbling up whereby more women are speaking out publicly against long-endured injustices.Even Pope Francis, on his just-concluded visit to America, preached about the importance of treating women fairly in religion, insisting it was time the church valued their ‘immense contribution,’ and suggesting that places of worship could not afford to remain mired in old ways.” 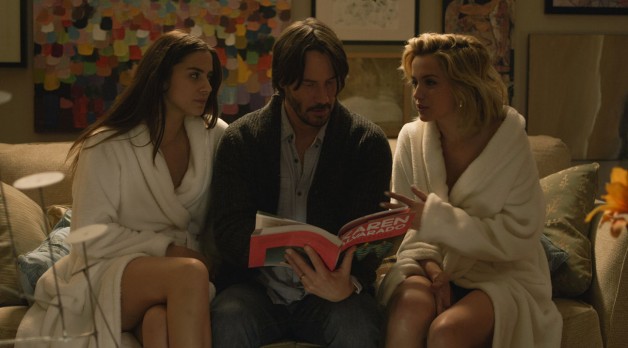 “I love what Tarantino does, where he never judges his characters. There’s this bulls—t concept that you have to make every character likable; it results in movies where no one is real, because everybody’s trying so hard to be politically correct and not create a character who someone might not like. My job is to write characters who are honest, and some people will like them and some people won’t. But my feeling is that there is no such thing as evil – everybody is doing it from their point of view. In ‘The Green Inferno,’ when Aaron Burns is squealing as he’s getting killed so horribly, it should be upsetting to the audience, but at the same time, you can understand why it’s happening. The bulldozers are at the edge of the village, they’re ripping up the trees; the natives see the kids in construction uniforms because they’ve infiltrated the construction site, so to them the activists are invaders and they’re going to treat them that way. They see themselves as under attack and they’re going to send a strong message to defend themselves. And in the end, the question with Justine is whether she was really there to save the village, or was she just there to trend on Twitter?” 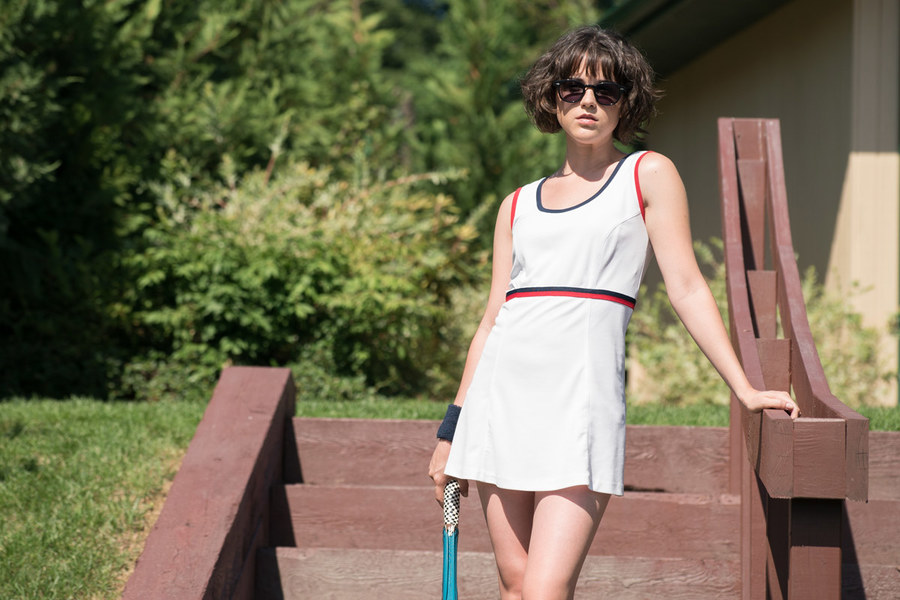 THE MARTIAN Snapchat from Nelson Carvajal on Vimeo.