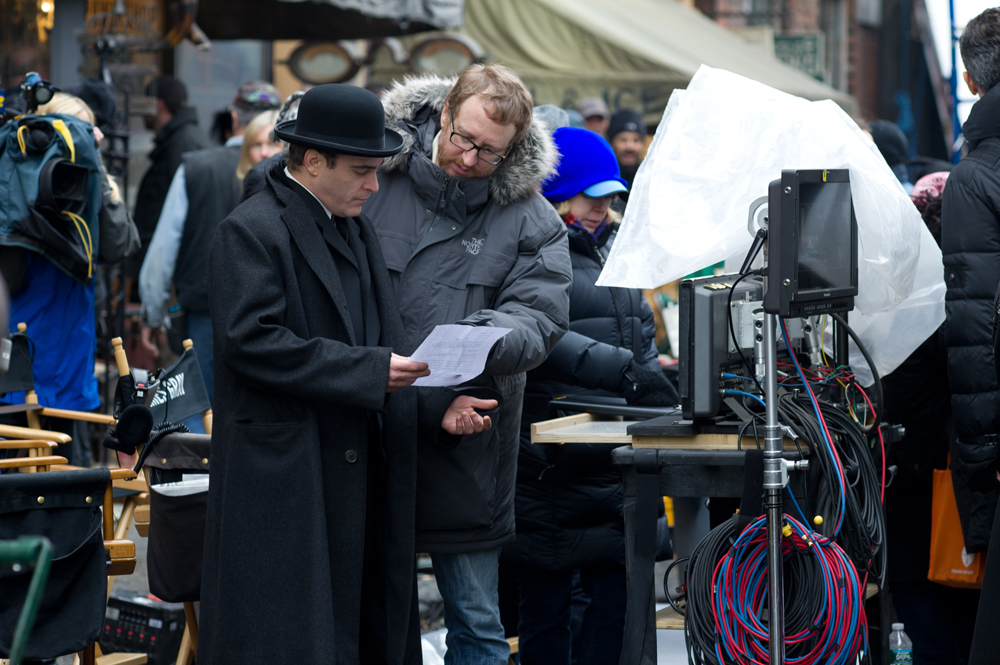 "Love & Sincerity: A Conversation With James Gray." "The Immigrant" director discusses the rigors of making a historical film with MUBI's Adam Cook.

"The idea of making it about a woman and told through a woman’s point of view came from an opera I had seen: Puccini’s Il Trittico, which is a triptych, the second part of which was Suor Angelica, directed by Bill Friedkin for the L.A. opera. It seemed very emotionally direct and I was very excited by that. It seemed very disinterested in anything macho, and I was anxious to get away from gunplay and all that, and even Two Lovers was sort of spiraling up a man’s ass. I was just amazed even when I went to Cannes in 2009 when I was part of the jury, and also when I was on the jury in Marrakech last year, you see all these movies and none of them has a woman in the lead role. There were so few films starring women and you think to yourself that’s most of the population. I just sensed that there was an ability to make something emotionally very honest, and for reasons that are cultural of course, not anything else, that’s always associated more with the feminine side. It was just my way of getting easy access to that mood, that mode of expression. Everything I’ve done and everything that has been done that I find interesting has been a move, as close as possible, to emotional identification. I’ve said it before: authentic emotion, the most direct way to our emotional core. Anything that gets in the way of that, I find harmful." 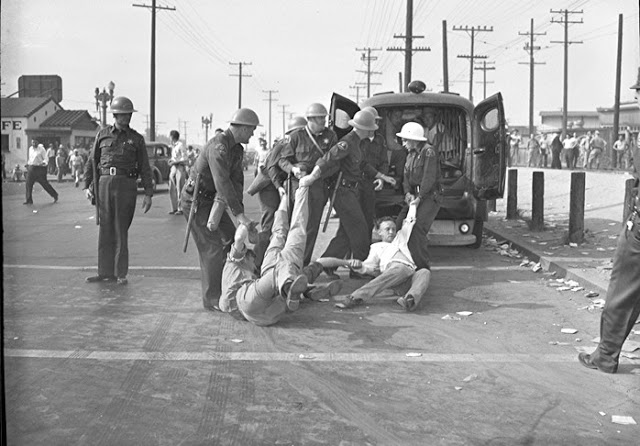 "Hollywood Black Friday Riot 1945." From The L.A. Morgue Files, an account of a seminal (and bloody) moment in a six-month strike by set decorators at the Warner Brothers gates.

"Temperatures were abnormally warm for the already hot LA autumn. When non-strikers attempted to report for work at 6:00 in the morning, the barricades went up and tensions flared. As replacement workers attempted to drive through the crowd, their cars were stopped and overturned.Reinforcements arrived on both sides as the picket increased to some 1,000 people and Glendale and Los Angeles Police came to aid the Burbank Police and Warner Security attempting to maintain the peace. When more replacement workers attempted to break through to the gate, a general melee ensued as strikers mobbed them and strikebreakers responded by attacking the strikers with chains, hammers, pipes, tear gas, and night sticks. Warner security rained more tear gas down from the roofs of the buildings adjoining the entrance. Warner firefighters sprayed the strikers with fire hoses. By the end of the day, some 300 police and sheriffs had been called to the scene and over 40 injuries were reported." 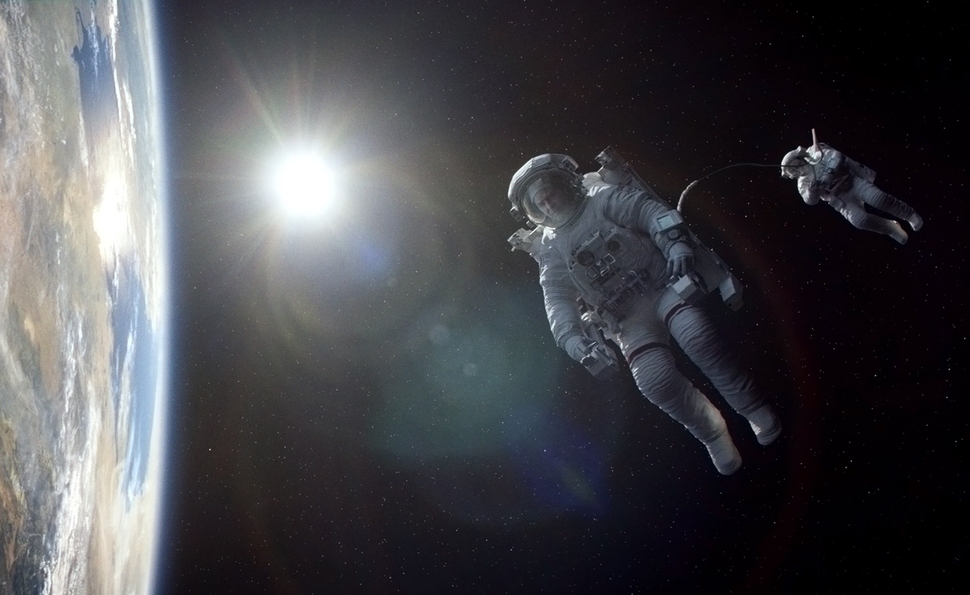 "How 'Gravity's' Triumph Reveals CGI's Limitations." For The Dissolve, Scott Tobias suggests that director Alfonso Cuarón's successful use of CGI stems from the special effect's particular lack of impact. Great for depicting outer space; not so much for more earth-bound endeavors.

"While I should say upfront that CGI can be used in many different, often effective ways, from creating backdrops that would be unthinkable as practical sets to more subtle forms of image-tinkering, it’s always had a hard time making the visceral count. Because CGI doesn’t have to abide by the laws of physics, there are no rules dictating what CGI-heavy spectacles can or can’t do, which sounds liberating, but creates a new set of problems. When Apollo Creed punches Rocky Balboa repeatedly in the face, we can imagine the force that ruptures his cheek and causes his knees to buckle. But when Neo and Agent Smith have one of their epic battles in the Matrix movies, their mortality doesn’t register in the slightest—we can only guess what blow will finally be enough to punch their ticket. We have to resign ourselves to admiring their form. By their nature, CGI action sequences differ from brick-and-mortar counterparts in that they aren’t about impact, they’re about the pursuit of perfection." 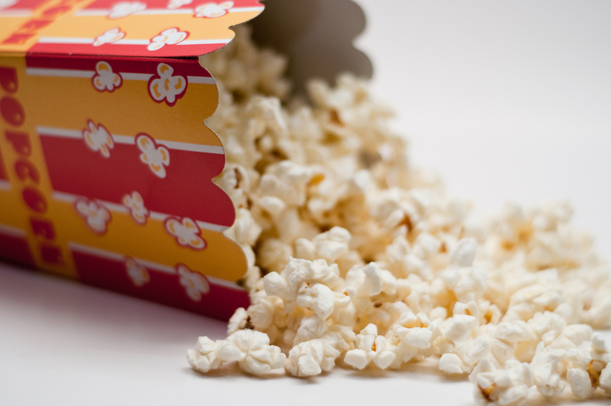 "Why Do We Eat Popcorn at the Movies?" Natasha Geiling for The Smithsonian explores the historical and economical underpinnings of the wonderful codependence between this foodstuff and cinema.

"The Great Depression presented an excellent opportunity for both movies and popcorn. Looking for a cheap diversion, audiences flocked to the movies. And at 5 to 10 cents a bag, popcorn was a luxury that most people were able to afford. Popcorn kernels themselves were a cheap investment for purveyors, and a $10 bag could last for years. If those inside the theaters couldn’t see the financial lure of popcorn, enterprising street vendors didn’t miss a beat: they bought their own popping machines and sold popcorn outside the theaters to moviegoers before they entered the theater. As Smith explains, early movie theaters literally had signs hung outside their coatrooms, requesting that patrons check their popcorn with their coats. Popcorn, it seems, was the original clandestine movie snack. Beyond wanting to maintain appearances, early movie theaters weren’t built to accommodate the first popcorn machines; the theaters lacked proper ventilation. But as more and more customers came to the theater with popcorn in hand, owners couldn’t ignore the financial appeal of selling the snack. So they leased “lobby privileges” to vendors, allowing them to sell their popcorn in the lobby of their theater (or more likely on a bit of street in front of the theater) for a daily fee." 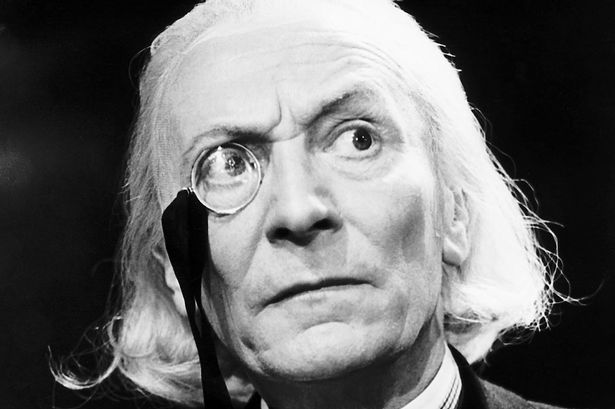 "Over 100 Long-Lost 'Doctor Who' Episodes Found by Dedicated Fans." The Mirror's Halina Watts reports that 106 lost episodes from the BBC program's first two seasons have been unearthed at the Ethiopian Radio and Television Agency.

"It was feared the BBC ­programmes from the 1960s – featuring the first two doctors William Hartnell and Patrick Troughton – had vanished for all time after the Beeb flogged off a load of old footage. But after months of ­detective work the tapes have been unearthed at the Ethiopian Radio and Television Agency. A television insider said: 'It is a triumph and fans ­everywhere will be thrilled. 'This is a really big deal for the BBC and is set to make them millions from the sale of the DVDs.'" 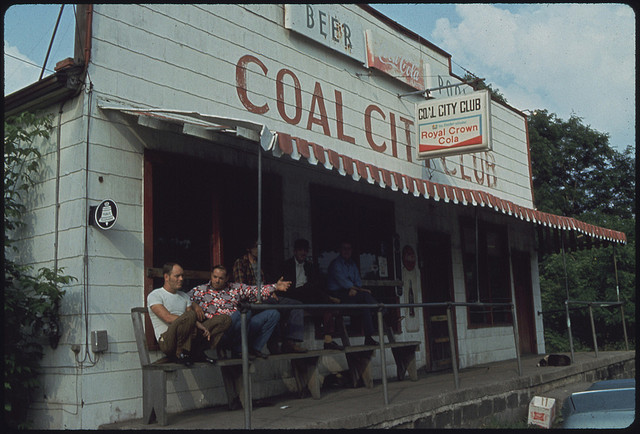 A 1974 West Virginia image from this 1970s photography series.