"'Defending Your Life' at 25: Albert Brooks on Making a Comedy Classic": A great piece by Rolling Stone's Jennifer Wood.

“I’ve got a lot of favorite scenes from the movie, but I'm pretty fond of the Past Lives Pavilion. One of the things about ‘Defending Your Life’ I have to mention is that the cinematographer was Allen Daviau, [who had worked a lot with Steven Spielberg]. He was brilliant. I just got a fan letter through my website two days ago — I swear to God, two days ago — that said, ‘I’m looking for the film that Mr. Brooks used in the Past Lives Pavilion, where the native was running through the forest. Can you tell me what film that was from?’ And, of course, that wasn't from a film. All of that was shot. But the way it was shot and put into miniature? I guess I was sort of tickled that I even thought of something like the Past Lives Pavilion. I thought it was sort of a cool Disneyland ride. And then to have Shirley MacLaine. Think about that: There is no person on this planet that can get you a laugh just by telling you about the afterlife. She had that wrapped up entirely in her personality. I met her at a hotel, I did my pitch, and I couldn't even imagine getting a ‘no.’ I must've sold it well because she did it — ‘Welcome to the Past Lives Pavilion.’ Nobody else could get you that laugh. All of my movies had to go through the normal testing processes, and I never got ‘E.T.’-type test scores. From ‘Real Life’ to ‘Modern Romance,’ some of the cards were like, ‘What's wrong with this person?’ So it was funny because this movie got like a B+ overall, but it got an A+ from young people. Literally, from 18 to 25, the cards were off the charts. I was all excited, and the studio basically said to me, ‘Well, we're not going to market an Albert Brooks movie to that group anyway. So it's nice, and you should feel good about it, but it doesn't matter. We're not going to release it to that group. That's a big, expensive group.’ And that's where the fear aspect comes in, because people at that age don't know what the hell's going on, and the movie resonated with them. It was not about life or death or Earth; I think it was about trying not to be afraid.” 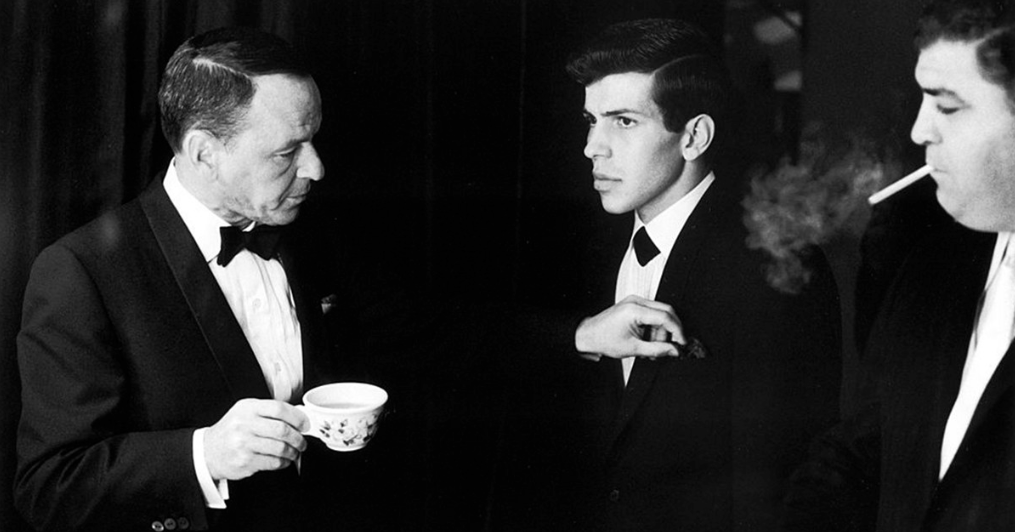 “Frank Jr. is closing in on the September of his years. At 41, he is jowly and melancholy and almost chillier than the winter wind blowing in from across the sea. He has grown to look like a partner in an accounting firm—albeit one with a Sinatra swagger. He does not smile. When he cracks wise or when he ring-a-ding-dings, he never so much as winks one of his brown eyes; instead, he stares unblinkingly with no expression or emotion creasing his genetically-replicated puss. His most frequent mannerism is to adjust the left arm of his wire-rimmed eyeglasses at regular intervals and then launch into the next song, rarely waiting for applause to begin or end. That’s life for Frank Jr. Having sprung from legendary loins, he has attempted since his teenage years to build a career on chromosomes and good grooming. He is an anachronism with a fine vibrato and a bootcamp buzzcut. Like Frank Sr., he is comfortable only when performing in a tuxedo (even though he has nowadays come to endure the informality of three-piece suits). But the Old Man’s shoes have never quite fit and Frank Jr. has long since given up looking for tissue to stuff in the toes. Destined never to be the eternal-crooning swoon, he is good-naturedly resigned to stoically languish in lounge-lizardom. Glibly, he jokes onstage, ‘I once told Redd Foxx that if I picked the right songs, I’d see my name in lights. He said, ‘Baby, the only way you going to see yo’ name in lights is if you change it to EXIT.’ He then vaults into a medley of classics owned, he says, ‘by my famous parent,’ which begins: ‘So I’m down and so I’m out, but so are many otherrrsss…’” 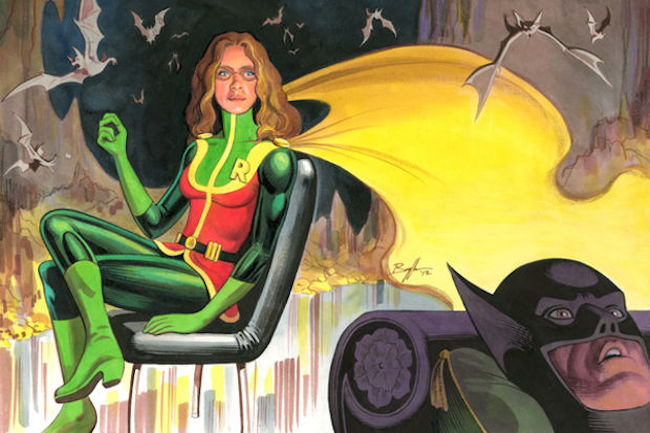 “The shrink wants to know how Batman is feeling. In this case, Batman is a husky mid-40s native of uptown Manhattan’s working-class Washington Heights neighborhood, his own personal Gotham. Under his thick black rubber mask, he grunts in his best Christian Bale, ‘The person that’s under the mask doesn’t exist.’ But the woman he’s talking to wants to get deep under that mask. She’s Robin Rosenberg, a middle-aged Palo Alto psychologist in private practice who specializes in an unusual clinical cohort: superheroes. Rosenberg, a columnist for Psychology Today and the author and editor of several books, including the anthology The Psychology of Superheroes, wants to know what motivates Batman. Yes, Robin is questioning Batman. There’s no leather couch in the Batcave, so Rosenberg has to settle for walking the floor of New York’s cavernous Javits Center — which, on this rainy October afternoon, is the perfect place to shine the Bat-Signal. The center is host to New York Comic Con, one of the largest gatherings of the comic book industry, where all the major comics publishers come to hawk their wares, and ‘cosplayers’ — fans in elaborate costumes — adopt the personas of their favorite characters. These aren’t just people in dress-up. There’s something, Rosenberg believes, more psychologically complex going on. Two or three times a year, Rosenberg attends the major U.S. comics conventions and starts conversations with fans — especially the cosplayers, whom she greets with a business card identifying herself as a psychologist. ‘I don’t want people to think I’m a freak,’ she says.” 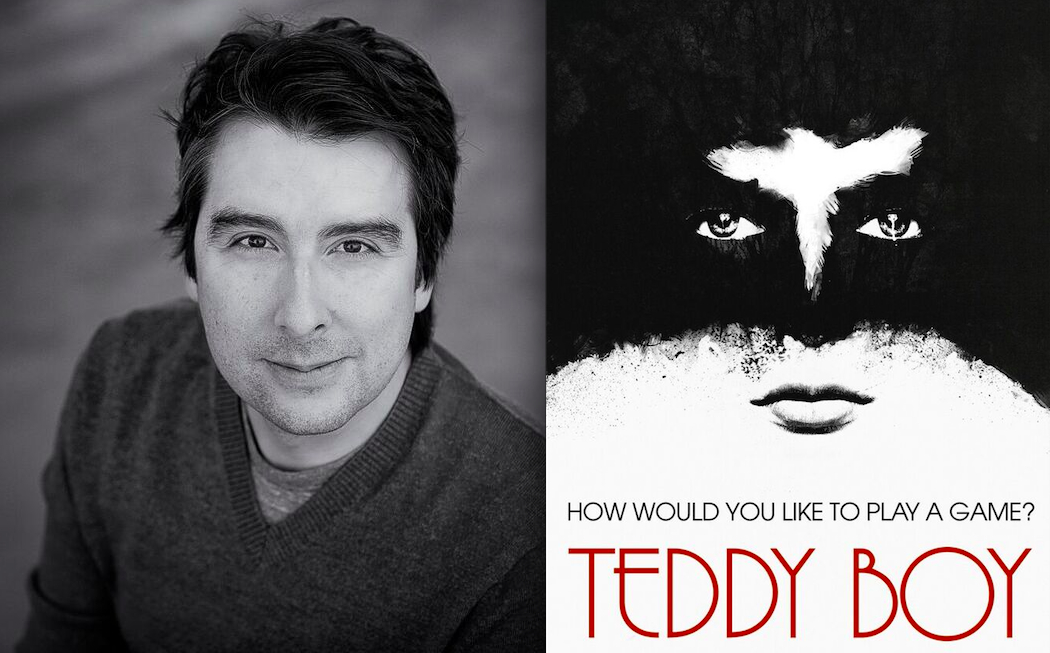 "Sean J.S. Jourdan on 'Teddy Boy'": At Indie Outlook, the promising filmmaker chats with me about his feature debut, premiering on iTunes April 5th.

“Making a film with no reputation and modest resources is very hard work. I may have given birth to ‘Teddy Boy.’ There are stretch marks. It’s hard work even if you have a stellar box office/critical reputation and gobs of resources…but, in many ways, it’s harder without. I was—and still very much am—a struggling filmmaker. I remember going to panel after panel with themes similar to ‘how to get your feature film off the ground’ and the underlying message tended to be, ‘this is my serendipitous story, yours will be different.’ Ultimately, you have to get up off your tail and do the best you can with all the resources you can gather, no matter how meager. Money may be the greatest obstacle—but that’s true for literally everyone. So you have to learn how to solve problems without throwing money at them. It’s tremendously difficult but simply part of the gig. You have to be very passionate about your film because it’s that passion that forces you to make phone calls and knock on doors asking for help. And you have very little to give in return. But there are a number of fine examples—Joe Swanberg is one—who did not give in. He kept at it, no matter what, and now, finally, he’s getting the recognition he deserves for talent that measures up. We live in a world where technology is not as big of a barrier as it once was. That’s not an excuse anymore. And people are becoming accustomed to non-traditional shooting schedules (weekends, for instance). Since some of these barriers are lessened, the one obstacle that has, perhaps, increased is film recognition. How do I get this movie seen? There is, without a doubt, an over abundance of supply right now, and it’s not going to lessen. Your role, as a critic, has become even more important. We’re not there yet but low-budget independent filmmaking, with unknown talent, is going the way of the novel. A lot of people are writing and (self) publishing them, but are they being read? Prestigious film festivals and awards help. Distribution helps. In that respect, nothing there is new. Truth be told, it’s something I struggle with.” 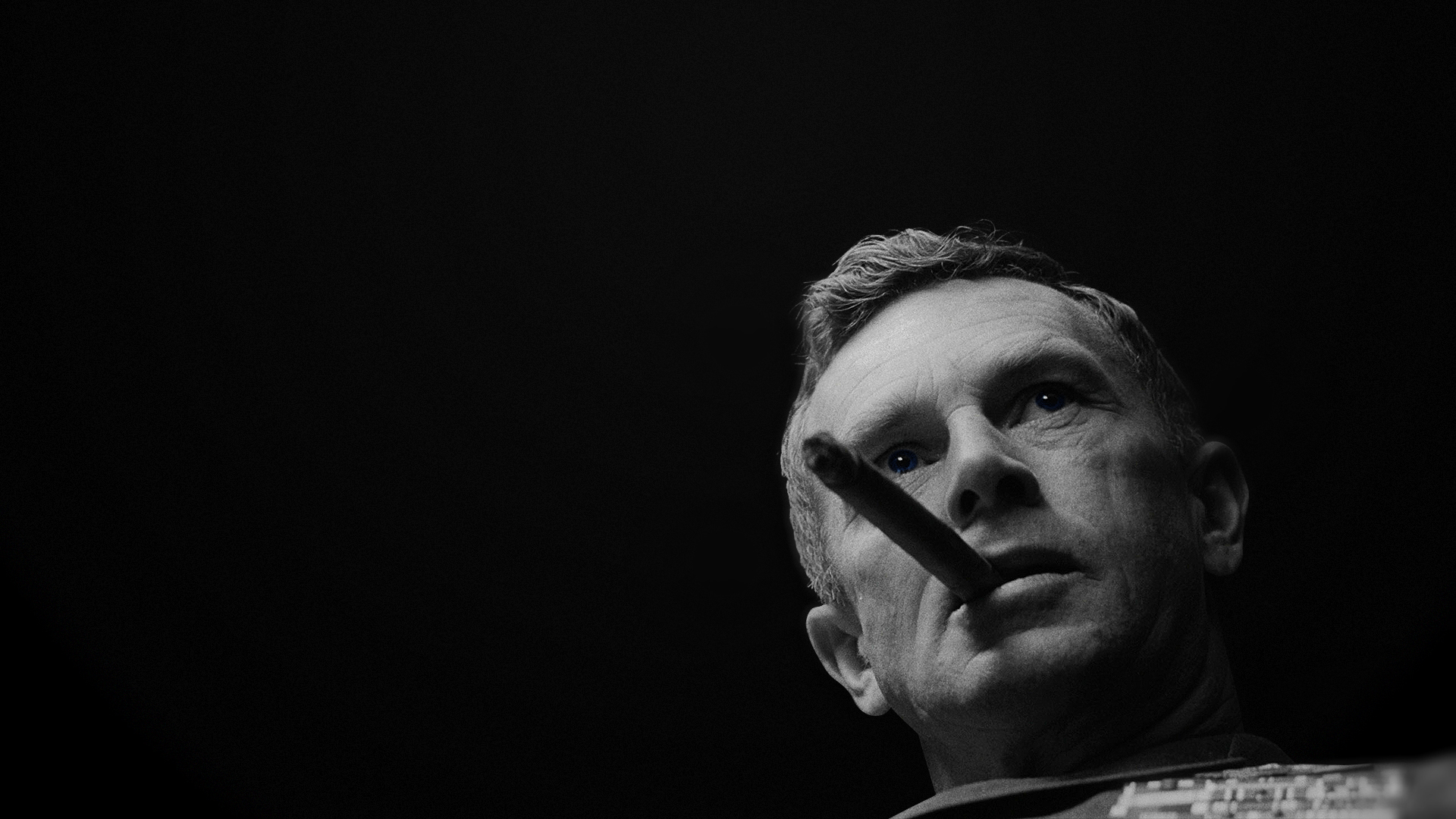 “You need to be a certain type of movie fan, or else of a certain age, to know who Sterling Hayden was. Hayden would have turned 100 on March 26. He died in 1986. Search his name on the Internet Movie Database and you get ‘Sterling Hayden, Actor, ‘The Godfather’ (1972),’ along with a thumbnail of Hayden in ‘Dr. Strangelove’ (1964). As one-two punches go, that’s hard to beat. Captain McCluskey, in ‘Godfather,’ is the crooked cop who breaks Michael Corleone’s jaw, later getting a bullet each through throat and forehead as comeuppance. General Jack D. Ripper, in ‘Strangelove,’ not only sets off nuclear Armageddon — in a comedy, no less— but bestows on an unsuspecting world the phrase ‘precious bodily fluids.’ Either role would have secured its actor a place in movie history. So what if McCluskey has barely nine minutes of screen time, and Ripper does himself in well before fistfights break out in the Pentagon War Room. Sterling Hayden didn’t need much time to make an impression.He mostly played cops and crooks and cowboys, the type of guy whose necktie (when he wears one) barely reaches his sternum. Yet for someone who could just crank them out, starring in no fewer than six movies each in 1952, ’54, ’55, and ’57, Hayden managed to appear in some terrific — and more-than-terrific — movies. Preceding ‘Godfather’ and ‘Strangelove’ were ‘The Asphalt Jungle’ (1950), ‘Johnny Guitar’ (1954), and ‘The Killing’ (1956). Still to come were ‘The Long Goodbye’ (1973) and ‘1900’ (1976). It takes a special kind of actor to get cast by John Huston, Nicholas Ray, Stanley Kubrick (twice), Francis Ford Coppola, Robert Altman, and Bernardo Bertolucci.” 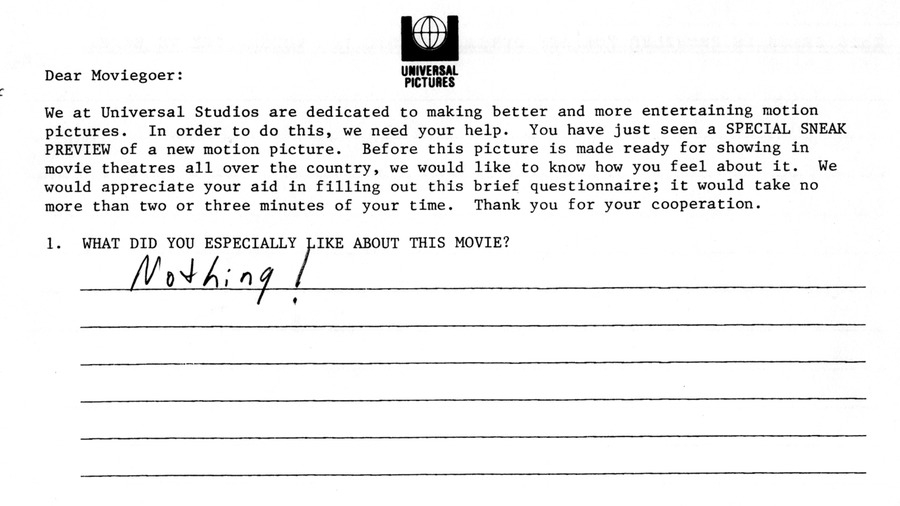 Filmmakers Zach Crosswait and Mary Jorgenson capture an endearing slice of college life in their short, "Listen to my voice."