“It’s obvious at this point that Hollywood has a problem with only paying attention to non-white people when they’re playing a stereotype. Their love of the slave movie genre brings this issue out in the worst way. I’m tired of watching black people go through some of the worst pain in human history for entertainment, and I’m tired of white audiences falling over themselves to praise a film that has the courage and honesty to tell such a brutal story. When movies about slavery or, more broadly, other types of violence against black people are the only types of films regularly deemed ‘important’ and ‘good’ by white people, you wonder if white audiences are only capable of lauding a story where black people are subservient. Of the six films actually produced by black people that have been nominated for Best Picture at the Academy Awards, three are about slavery or slavery-adjacent violence against black people (‘The Color Purple,’ ‘Django Unchained’ and ’12 Years A Slave’). The fourth is ‘Selma’ and the fifth is ‘Precious,’ two movies that focus on black women being emotionally and physically beaten down in almost every way possible. The last is the ‘The Blind Side,’ where a white woman who butts in and makes a black kid who was already a promising athlete into an even better athlete. From a simple visual perspective, I’m tired of being told that I have to watch black actors in physical pain and endure mental abuse for two hours in order to be worthy of a distinction. I don’t want to watch a black body being lashed open so white people can finally ‘get it.’ I’m tired of black actors not only having to live through the trauma of acting in those films, but for also having few other options in front of them.” 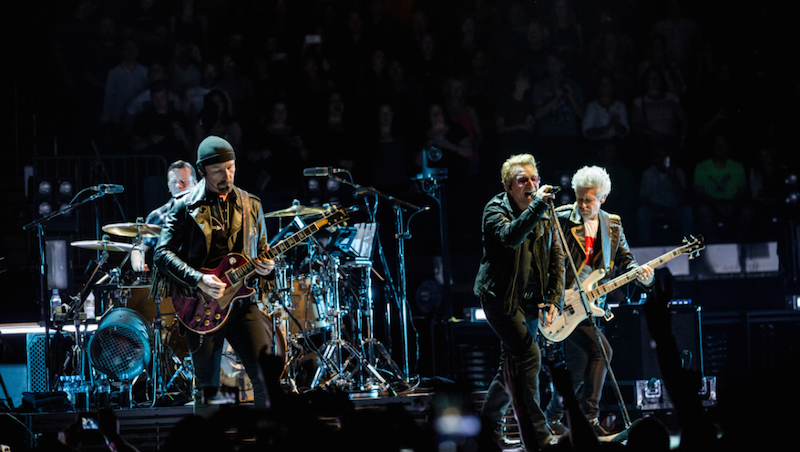 "Report Exposes Widespread Abuses in Ticketing Industry in New York": According to Ben Sisario at The New York Times.

“Free tickets to an appearance by Pope Francis were resold for thousands of dollars, in ways that most likely violated New York State law. As many as half the seats for many popular concerts are not offered to the general public. And for one U2 show at Madison Square Garden, a single high-tech scalper bought more than 1,000 tickets in less than a minute. Those are some of the findings in a detailed report to be released on Thursday by the New York attorney general, Eric T. Schneiderman, about the opaque world of ticket scalping for concerts, sports and other entertainment events.The report, titled ‘Why Can’t New Yorkers Get Tickets?’ is the result of a three-year investigation of the online ticketing market, and portrays a complex business in which technologically adept ticket brokers are able to profit at the expense of ordinary fans. ‘Ticketing is a fixed game,’ Mr. Schneiderman said in a statement. ‘My office will continue to crack down on those who break our laws, prey on ordinary consumers and deny New Yorkers affordable access to the concerts and sporting events they love. This investigation is just the beginning of our efforts to create a level playing field in the ticket industry.’” 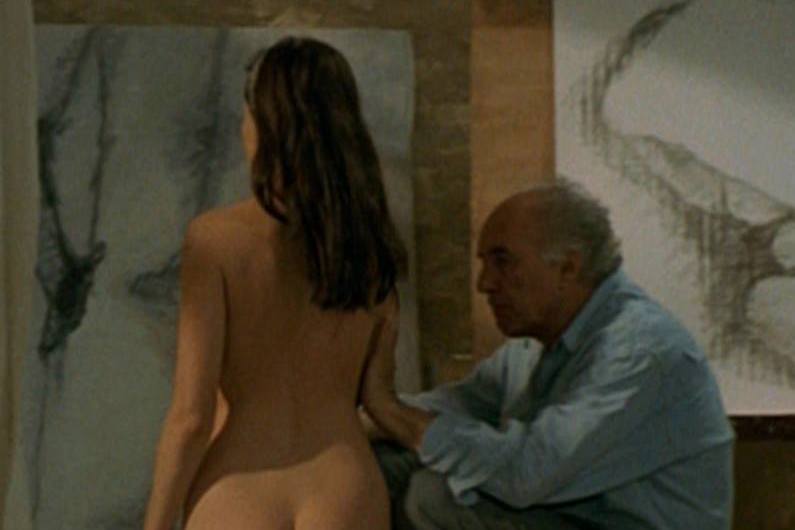 "The Choice Between Art and Life ('La belle noiseuse')": From the archives: Jonathan Rosenbaum shares his 1992 review of Jacques Rivette's masterpiece at his blog.

“For spectators unfamiliar with Rivette, ‘La belle noiseuse’ provides an ideal introduction, requiring no pointers or background material. But it’s also an unusually personal and autobiographical work — even a testament of sorts — from a man whose life is so hermetic that it scarcely seems to exist at all apart from his activities as a filmgoer and filmmaker. In Claire Denis’ excellent two-hour documentary about Rivette made for French TV a couple of years ago, Bulle Ogier, the actress he has worked with most often (in 7 features out of 14) is asked at one point if Rivette regards her as a friend. She replies, quite plausibly, that Rivette has no friends, at least in any ordinary sense. Having met Rivette on numerous occasions — at screenings, festivals, and during the shooting of two of his features — I can only assume she’s right; while one can speak to him for hours about film and other arts, his timidity and his monastic air are so absolute that he calls to mind the ravaged, semimad poet Antonin Artaud. Now in his mid-60s, Rivette seems to have mellowed since the wilder forays of his earlier work as a founding member of the French New Wave, much of which teetered on the edge of madness. The four-hour ‘L’amour fou’ (1968) alternates between scenes of a theater company rehearsing Racine’s Andromache and glimpses at the tragic relationship between the play’s director and his alienated wife (Ogier), who drops out of the production in the first sequence and begins a gradual descent into madness as she festers in isolation. Like ‘La belle noiseuse,’ it’s a film about the struggles and choices that have to be made between art and life.” 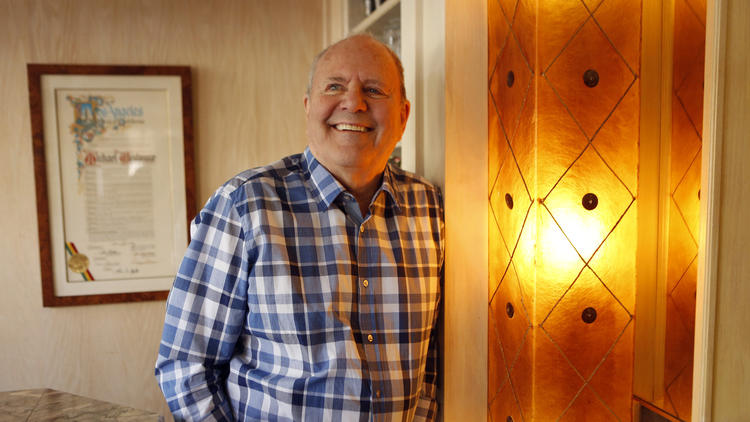 "Hollywood's Westmore family? They're like the Barrymores, but makeup artists": A Los Angeles Times profile from Susan King.

“George Westmore, a British hairdresser and wig maker who was Winston Churchill's barber, established the first makeup department in Hollywood in 1917. Six of his sons — Monte, Perc, Ern, Wally, Bud and Frank — followed in their father's footsteps. Initially, Oscar and nine-time Emmy Award-winning Michael Westmore didn't want to go into the family business. The son of Monte Westmore, who was Rudolph Valentino's makeup artist and also provided the makeup for such films as ‘Gone With the Wind,’ Michael Westmore was an art history major at UC Santa Barbara with dreams of going into archaeology and museum work. ‘I was planning to go to Berkeley after I graduated from Santa Barbara,’ said the 77-year-old Westmore, relaxing in the living room of his expansive and quirky Encino house filled with such diverse decor as posters of his films, carousel horses, his Emmys — he won for such ‘Star Trek’ series as ‘The Next Generation,’ ‘Deep Space Nine’ and ‘Voyager’ — and his Oscar for 1985's ‘Mask.’ But when Westmore was trying to decide on a master's degree, things began to look bleak. ‘I didn't speak any foreign language, so I couldn't do anything in Europe except maybe England and America. I wasn't interested in American art.’ Then he received a call from his Uncle Bud, who worked at Universal on such films as the sci-fi favorite ‘Creature From the Black Lagoon’ inquiring if he would like to be an apprentice at the studio makeup department. ‘I really wasn't interested,’ said Westmore. ‘I wanted to graduate and enjoyed going to school.’” 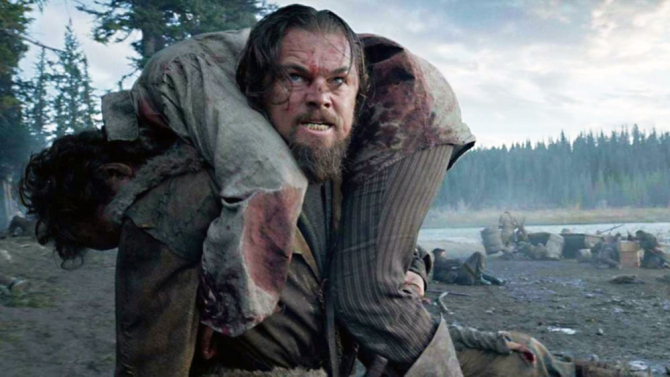 "After Oscar Piracy, Studios Step Up Push for Digital Screeners": As reported by Variety's Tim Gray.

“Hollywood and Oscar have many ongoing issues aside from diversity, and high on that list is piracy. Earlier this month, the pirate-tracking firm Excipio said that all eight best-picture contenders are available on file-sharing sites, up 59% from last year. The film industry has been talking with vendors of streaming/digital screening for years, but wanted guarantees before they embraced a new system. However, the piracy this year is a reminder that the DVD process has serious vulnerabilities, so many film execs expect streaming to become a major factor in 2016-17 Oscar campaigns. This year, the Academy of Motion Picture Arts & Sciences is said to be conducting a beta test, allowing overseas voters to digitally view entries in five categories: the three shorts, docu feature and foreign-language. The Academy would not comment. Systems are already in place for voting on Emmys and most showbiz guilds. But the DVD-to-digital shift has been delayed in terms of Oscar because there are higher stakes in terms of box office.The biggest fears are tech glitches and piracy. In addition, many filmmakers balk. Over the years, they have learned to live with the idea that their bigscreen work can be viewed at home. But they dislike the idea of digital, because that means some voters will be watching on a tablet or iPhone — not the best way to judge a film or such key elements as cinematography, production design and sound, for example.” 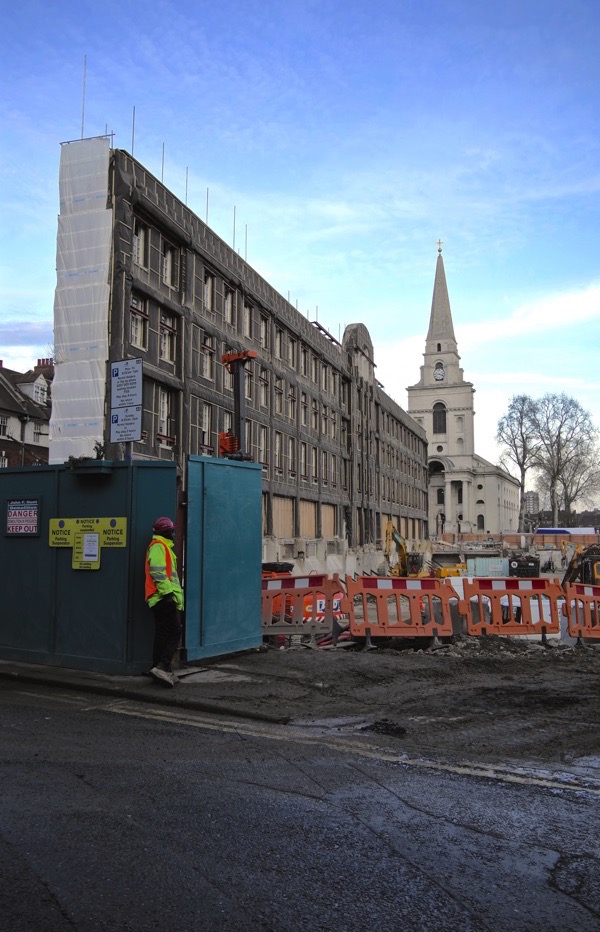 Spitalfields Life takes a lingering look at "the creeping plague of ghastly façadism" in London architecture.

Rock Hudson played a Native American in the 1950 western, "Winchester '73," one of "100 white actors who played someone who wasn't white," as compiled by The Washington Post's Meredith Simons.