They had faces then: Mike Leigh's "Life is Sweet"

When "Life is Sweet" arrived in American theaters, its effect was revelatory in a way Mike Leigh's previous work had not been. His films for TV and the cinema had gained him a loyal following but operated on a fainter register than this work, making their points with slightly less force. "Life is Sweet" gave viewers insight into where Leigh had been, artistically, with the telling dialogue (largely shaped, as is widely acknowledged by now, from improvisation) and mordant eruptions of argument. It also hinted at where he was going: into territory with far more visual and verbal polish, and gentler exposure of open psychological or sociopolitical wounds.

The film's arrival on a Criterion Collection DVD this week is cause for celebration. To say it's not plot-driven would be an understatement. Andy (Jim Broadbent) is one of the head chefs for a caterer. His wife Wendy (Alison Steadman) divides her time between teaching dance classes, waitressing and what she views as her homemaking duties. One of the family's daughters, Nicola (Jane Horrocks), who is very troubled, has a boyfriend and then loses him. Family friend Aubrey (Timothy Spall) tries to open a restaurant, which fails. Another friend, Patsy (Stephen Rea) persuades Andy to buy a sandwich van, which goes nowhere. Life continues. All of these events are both important and utterly unimportant in this story of a family's seesawing between function and dysfunction. 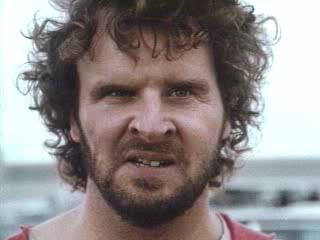 More important are the faces: each tells an entire story. These faces reach out to us, more than they might have in Leigh's previous works.  It's fun to remember the first time one watched Nicola's pinched, tortured, twitching, near-cartoonish teenage visage screaming "Capitalist!" or "Fascist!," reaching for terms she doesn't entirely understand — but which sound good — in moments of vulnerability. Or the soft, dissipated, untrustworthy stare of Patsy, a local ne'er-do-well in the down-at-heels London neighborhood where the film takes place. Or Wendy's wide, simultaneously sensitive and blunt features, and her nervous, staccato, birdlike laugh about various foibles of her family's life and economic struggle, a laugh which would be infectious if anyone but Steadman could pull it off.

The film is ultimately a commedia dell'arte built around human imperfection, in which each character's flaws are exaggerated so much that he or she might be as well be wearing the makeup of the stage clowns of old. Leigh looks at everyone's problems so closely that, by the film's end, character development is almost beside the point. We are left looking at "Life is Sweet" mainly to find our own traits, and the thin mini-plots — about a failed restaurant or a broken ankle, for instance — are all but tossed aside. 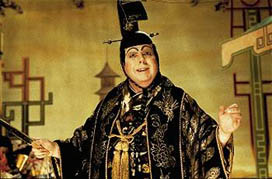 If you were to watch "Topsy Turvy," Leigh's 1998 Gilbert and Sullivan biopic, after watching "Life is Sweet," you might think the two films were by different directors. "Topsy Turvy," the story of the two artists' famed difficulties with each other is framed within a streamlined narrative. As a result, the film bears little of the mark of spontaneous development that earlier works had — even if the two films share the presence of Jim Broadbent, who plays W.S Gilbert, a very different role from the proletariat Andy in "Life is Sweet."

This is also true, to a certain extent, of Leigh's 1993 drama "Naked," a character portrait of a wildly verbose failed lothario or possible rapist; the dark streets of this urban travelogue are a long way from the bleak, well-lit spaces of "Life is Sweet"", as is the later film's love of language for language's sake, expressed through David Thewlis's logorrheic monologues. (Thewlis's memorable role as Nicola's boyfriend in "Life is Sweet" eschews these dramatic monologues, save one moment when he confronts her witheringly about her intellectual pretensions.)

Very little of the conversation in "Life is Sweet" is substantive; it concerns itself with daily things — so much so, indeed, that when two characters do actually speak of anything more grave, such as the physical crisis which defines Nicola's life, the moment registers with all the greater intensity. And yet, though the talk might often be light, talk is everything here; in some scenes the characters simply sit staring and motionless, life revelations traded as offhand remarks. 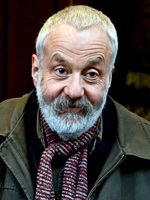 The DVD includes supplements that deepen our understanding of the "Life is Sweet" without spoiling its fun. The essential extras are five 5-minute films Leigh made for BBC TV in the mid-1970s. These were originally intended to be parts of a series of 30-40 films with interwoven storylines and characters; Leigh walked away from the project when the studio suggested that other directors take on various entries. Aggressively everyday in their focus and aggressively offhand in their dialogue, the shorts nevertheless do as much as could be done in five minutes, suggesting to us, touchingly, what kind of director Leigh would become. In one of the most moving films, a young black man has a conversation with a white parole officer; they don't reach any conclusions, but the young man keeps a smile on his face throughout the rather depressing conversation about a recent act of violence. His expression and this whole conversation might remind you of moments in "Life is Sweet," such as the faint scowl on the face of a young and slightly off-kilter cook that Aubrey hires to work in his restaurant, as the venture collapses around her. The other films are similarly minute and grand at once: one traces five years in the life of a baby, another shows us two soused young women dropping hints at their jaded points of view between drunken giggles, still another shows us the growing tension between two old school chums, hostility expressing itself in small gestures and facial expressions.
Advertisement

The director's commentary on "Life is Sweet" offers far less insight, though it does show Leigh's love for his actors. The most surprising statement he makes is at the film's conclusion, when he calls the film, oddly enough, his "least favorite," without much explanation. The DVD also contains a wonderful hour-long interview with Leigh, in which he talks memorably about the difficulty he had resolving the film's plot, as well as describing his improvisatory process (after apologizing for repeating it) — among many such nuggets.

And yet none of this is crucial information, and it does not communicate nearly as much about Leigh as his work does: that its director understands that moments of contentment might occur in the midst of an awful life, and though we might not notice them when they come along, he can dramatize them for us so we'll notice them next time.

Max Winter is a poet and critic, and the managing editor of the IndieWire blog Press Play. He has published reviews in The Boston Globe, The San Francisco Chronicle, Time Out New York, Bookforum, and other publications. His first book of poems, The Pictures, was published by Tarpaulin Sky Press. He co-edits the press Solid Objects, and he is a Poetry Editor of Fence.