"The Wicker Man": The cut may be final, but the film is still incomplete

The news was posted to my Facebook wall through links to articles in Badass Digest and shocktilyoudrop.com. "Restored Cut of 'The Wicker Man' is Coming to the U.S.!" so much hypertext informed me. A 35-minute "release print" had been discovered in the Harvard Film Archive of all places. Upon seeing it, director Robin Hardy anointed it as "the final cut." A digital restoration was going to hit the big city art houses in September and October, with a gorgeous Blu-ray release to follow.

The news sounded too good to be true, because we'd been down this road before with "The Wicker Man," a film whose video releases are just as arcane and complicated as the 1973 pagan horror film itself. There were three different edits of "The Wicker Man" floating around the home video market in the 1980s, but 102-minute version, the longest, was by far the most coveted, mostly because it was the only one where everything set up in the film's prologue is tied up neatly in its conclusion, giving "The Wicker Man" a quirky kind of symmetry. The 102-minute cut was also the only one that really made any sense at all.

So when I found out that Videoscope in Palo Alto, CA (or maybe it was Mountain View), had the 102-minute version, I meticulously copied it tape-to-tape on the two-hour speed to ensure maximum quality before returning it. This was back when I was happy to cram "The Slime People" (1963), "It Came from Beneath the Sea" (1955), "Yog Monster from Space" (1970) and "Fiend Without a Face" (1958) all onto one cheapie Kodak videocassette on the crappier six-hour speed, picture quality be damned. 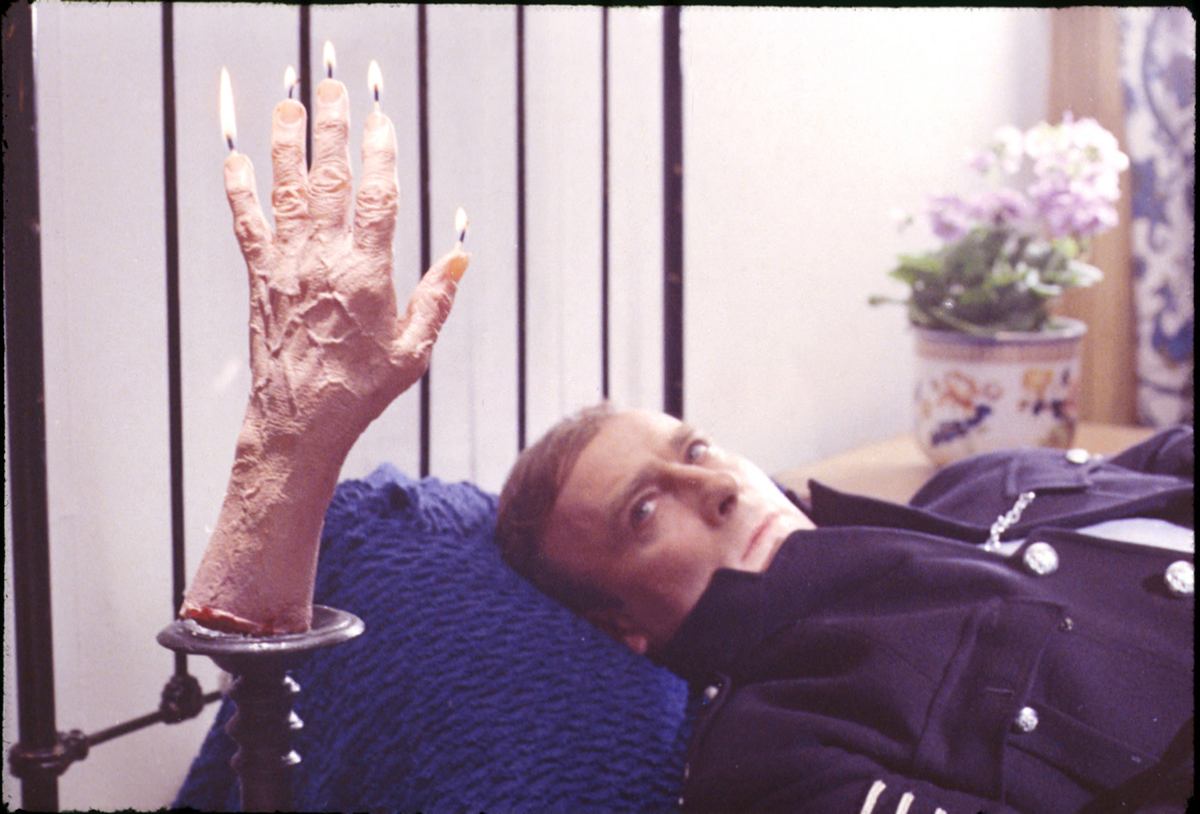 Once armed with my very own copy, I became an evangelist for "The Wicker Man" as intense as Edward Woodward's Christian cop in the film. I forced (or at least cajoled) friends to sit down and watch every last minute of this, the only complete version of it that you could find on the entire San Francisco Bay Area peninsula. Most of my friends were all just as won over by its death and duality mixed with sex and Scottish song as I was. Many of them made their own copies of my copy, the analog equivalent of going viral.

While that tape with "The Slime People" et al had long since gone into the dumpster, I kept that copy of "The Wicker Man" through several moves as if it were some runic script on a piece of old parchment that had to be passed down from generation-to-generation. As VHS gave way to DVD, there were a few special editions of "The Wicker Man," but all of them—even the 2-disc set from the reputable Anchor Bay—fell far short of the the version that I had preserved on a hand labeled videocassette.

Unfortunately, this newly restored version that's making its way through a limited theatrical release right now is just 92-minutes long, dashing my hopes that I could retire that old home-recorded tape. In his Salon.com review of the new print of "The Wicker Man," Andrew O'Hehir paraphrases director Robin Hardy to assure us that most of the missing 10-minutes contain "irrelevant back-story scenes on the mainland" and "an extended conversation on the cultivation of apples."

"It fulfills my vision," the 83-year-old Hardy said in a press release quoted in O'Hehir's piece and just about every other article on this new, but still truncated version. 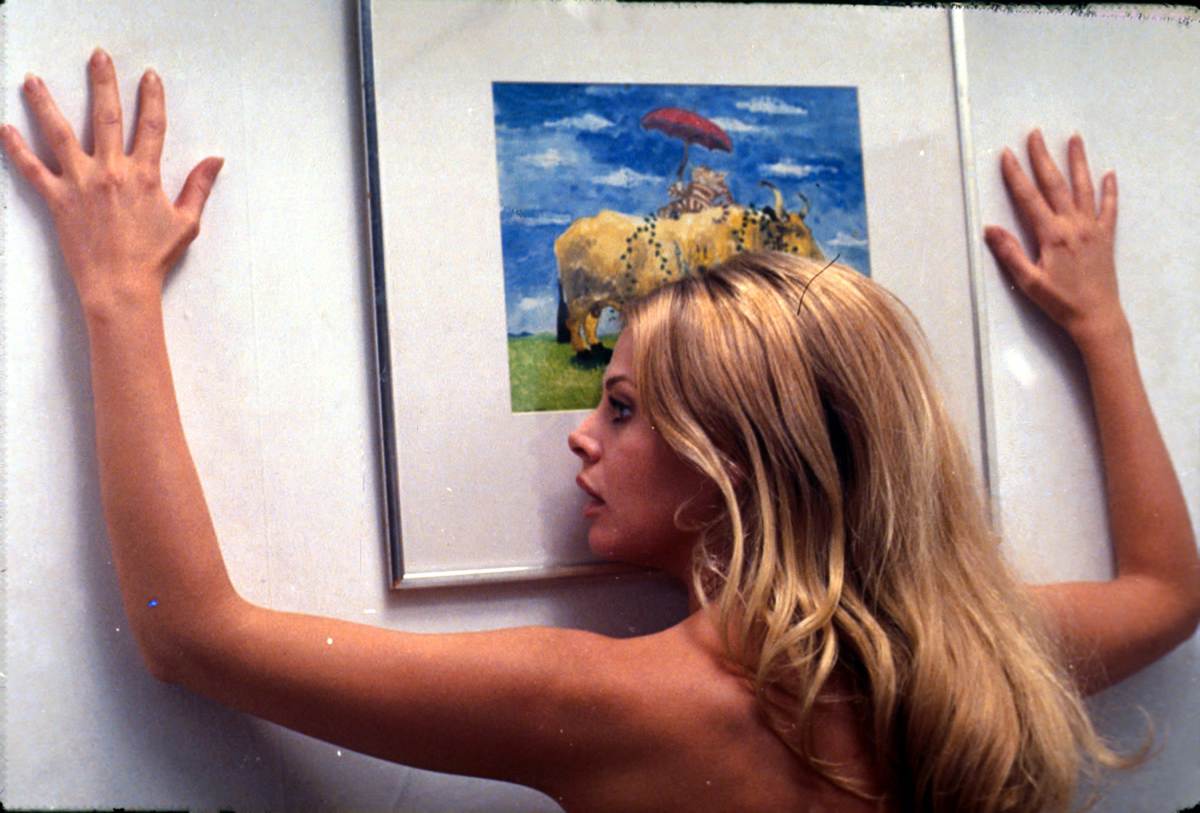 Once again, "The Wicker Man" taunts us like a naked Britt Eckland pounding on the walls of Edward Woodward's hotel room. "Why do they keep doing this?" my friend asked on Facebook, as the brief elation we felt turned back to frustration with the realization of the missing ten minutes. He also clung to his VHS copy of "The Wicker Man." Having sat through shorter versions of the film (but not the one in question as it doesn't open in my city until a few days from now), I can't fathom how anyone can understand the movie without the missing exposition as the setup for the entire film comes in that now expurgated prologue.

I might be about to engage in spoilers here as I describe what's missing, but I'm not sure I can spoil scenes that are no longer there. In one of the missing scenes, the stern Sgt. Howie (Edward Woodward), who is engaged to be married, walks in on two of his fellow officers gossiping about him. "In two years, he (Howie) hasn't so much as tickled her fancy," one of the officers says about the engaged couple. "He's keeping himself pure for the wedding night."

"When those two are married, she'll spend more time on her knees in church than on her back in bed," the other officer says just as Howie walks in.

Without this scene, there's really no reason to assume that Sgt. Howie isn't locked in some loveless marriage back on the Scottish mainland like other Christian men of his age and time. When Howie's virginity is mentioned later in the film (a key detail), we have to take Christopher Lee's word for it, instead of hearing this from the people who knew and worked with the character. Having Howie put-upon by his own men, while emasculating, also makes his character a much more sympathetic figure, even with his rigidity. 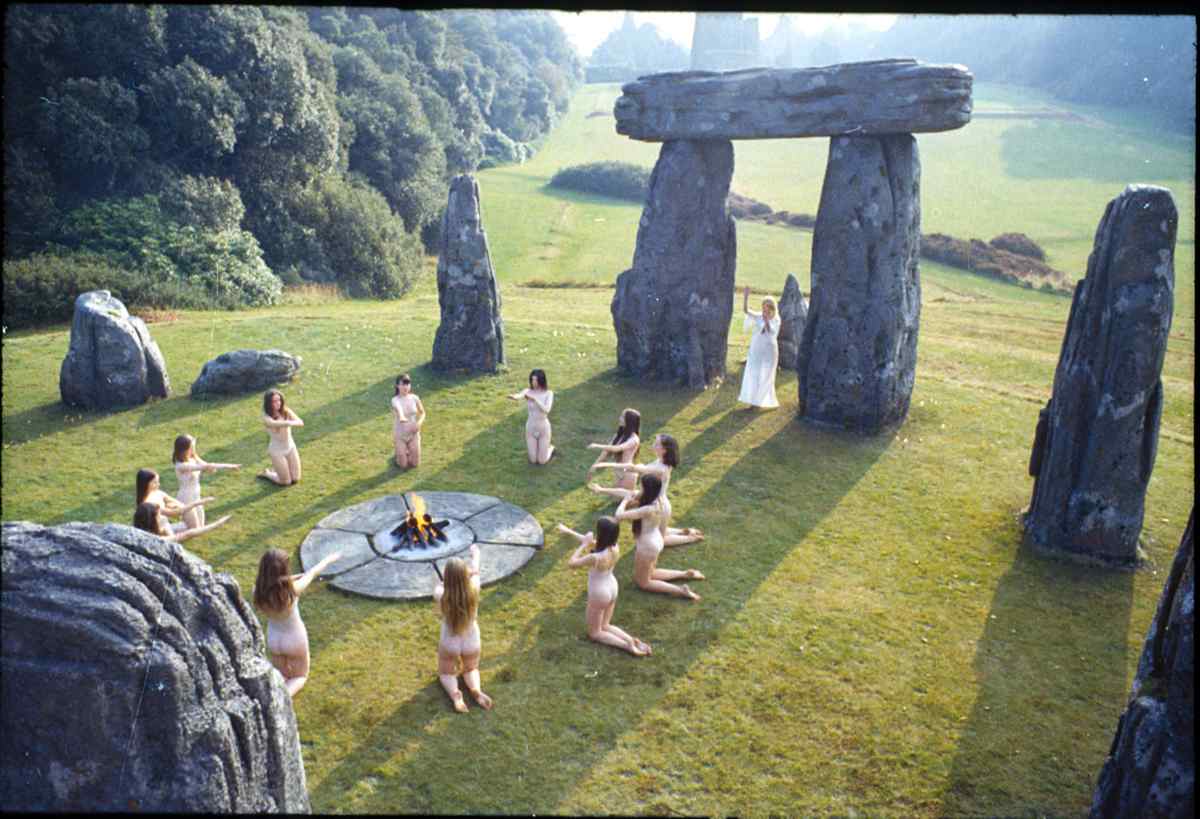 It is also during this sequence in the police station where Howie receives the anonymous letter that draws him to the small island of Summerisle in search of the missing girl, Rowan Morrison, setting the film's bizarre chain of events in motion. To give Hardy the benefit of the doubt though, Howie does quote from this letter when interrogating townspeople on the island, but "The Wicker Man" is a film that can easily slide into near incoherence at the slightest disruption. The refreshers definitely help you come to an a-ha moment in the movie's final reel.

That lengthened conversation on apples that is also missing might sound inane if you haven't seen it played out, but the confrontation between Sgt. Howie and Lord Summerisle (Lee) is plenty tense in the version that I have. And the apples, as silly as they may seem, are why the events in the movie are a major part of Howie's investigation, and the main reason the pagans have called Howie to Summerisle in the first place. Also, any extra inanity just adds to the film's overall phantasmagorical weirdness. I mean, this is a film where Christopher Lee spouts odd Pagan poetry over lovingly photographed snails intertwined in the act of mating. And yes, those snails, like the talk of apples, are there for well-calculated reasons.

Perhaps Hardy's vision isn't the one we should ultimately be concerned with here. The film's opening titles read "Anthony Schaffer's The Wicker Man" in one of the rare instances where the screenwriter is given ownership of a film over its director. In 1972, Schaffer had adapted his play "Sleuth" for a screen version with Laurence Olivier and Michael Caine, and he wrote the screenplay for Hitchcock's only R-rated film, "Frenzy." By the time Schaffer came to "The Wicker Man" a year later, he had enough clout to get his name above the title. While Schaffer is no longer around to oversee new edits of his film (he passed away in 2001), we can only assume that he meant for the dialogue he wrote to be there.

Despite my crushing disappointment at yet another incomplete cut of "The Wicker Man" being foisted on the public as somehow being complete, I can't fault the 83-year-old Hardy for getting behind what may be the best, most complete cut of his film he'll see in his lifetime. For Hardy, "The Wicker Man" has always been a towering achievement cast in a shadow of inadequacy; first from the film's own distributors who wanted to bury it (maybe even literally), and then from fans like me who keep insisting Hardy give us more than what can be excavated from archives. How some fly-by-night outfit such as Magnum Entertainment got their hands on the 102-minute print in the 1980s, and what they did with it, remain a mystery. 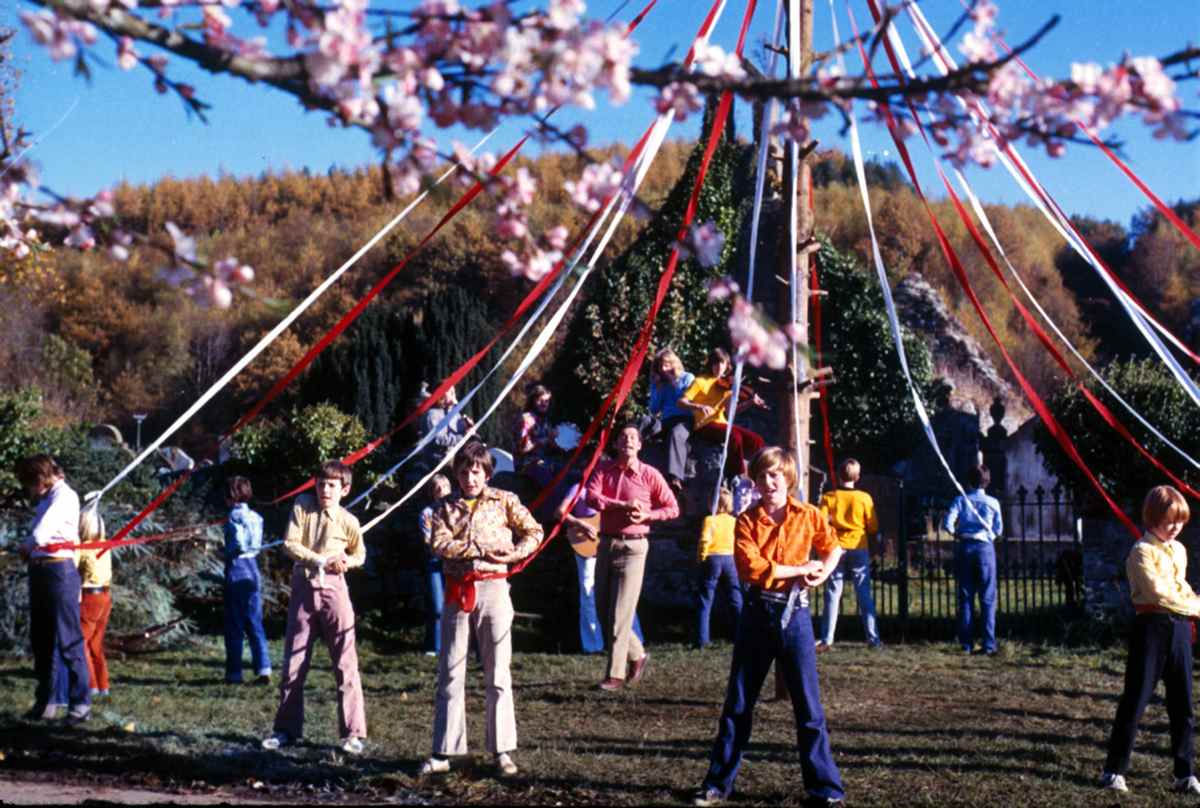 But not being able to find a workable print with those ten minutes doesn't make them irrelevant. "The Wicker Man" is a puzzle of a film. Without that lost footage, we can still make out the image that it conveys (and probably more clearly considering the digital restoration), but there'll still be several pieces missing in the upper right corner, and a few here and there in the middle. Those of us who've seen the 102-minute "Wicker Man" won't be able to see this new 92-minute cut as anything other than incomplete. And while the Blu-ray of "The Wicker Man" will be tempting for its final conflagration alone, I'll still probably find myself watching my old videocassette of it despite its increasing analog blurriness—at least until such time as the tape finally snaps within its black plastic cartridge.