The Top 11 Female Film Characters of All Time

All month, the Alliance of Women Film Journalists has been counting down the top 55 female film characters of all time, their "Wonder Women." You can read more about the project here and in a piece we published a few weeks ago here. Exclusively for RogerEbert.com, AWFJ member Susan Wloszczyna takes a look at the top 11 below.

The Olympics has its Final Five.

And the Alliance of Women Film Journalists has its Elite Eleven.

Every week during the month of August, the AWFJ has released portions of its 55 Wonder Women, a list of fascinating, inspiring, sometimes vexing but always singular fictional females of film who were selected by its 76 members in honor of the group’s tenth anniversary.

As a participant in this project, I have been eagerly looking forward to the ultimate countdown. Of particular interest was which name would claim the No. 1 spot, considering such estimable ladies as Dorothy in “The Wizard of Oz” (No. 12), Martha in “Who’s Afraid of Virginia Woolf?” (No. 13) and Margo Channing in “All About Eve” (No. 17) didn’t even make the cut for the top 11.

It turns out our top pick brought a smile to my face and touched my heart. AWFJ’s numero-uno Wonder Woman represents the everyday American working woman at her finest. She doesn’t need super powers to get the job done even if she is seven months pregnant and must withstand almost daily tundra-like weather conditions. She is large, in charge and is Marge—Gunderson, that is, from 1996’s “Fargo.” This cool-headed chief of police in Brainerd, Minn., puts the likes of Sgt. Joe Friday to shame as she stealthily deploys her native “Minnesota nice” attitude to disarm those she interrogates and picks up on clues that defy the eyes of others on the case.

What pleases me even more about Marge’s No. 1 position is that the character was an Oscar-winning labor of movie-making love, created specifically for actress Frances McDormand (who took home the best-actress trophy that year) by husband Joel Coen and brother-in-law Ethan (who snared an Academy Award for their script). Even better, those close-knit feelings are reflected in the warmly supportive relationship shared by Marge and her stay-at-home artist spouse, Norm.

“Marge is the perfect choice for the No. 1 spot,” says Marilyn Ferdinand, an AWFJ member and co-coordinator of the Wonder Women project along with the group’s president, Jennifer Merin. “The members were overwhelming in support of her, and I think it’s because she’s so relatable, so real, and so much exemplifies what we’d like to be and see more of onscreen.”

As for the rest of the 11, they can be viewed in their entirety here along with the reasons for their selection. No surprise for anyone who knows female-driven cinematic history that Thelma (No. 3) and Louise (No. 11), Mildred Pierce (No. 10), Norma Rae (No. 9), Clarice Starling (No. 7), Scarlett O’Hara (No. 5) and Ripley (No. 2) are perched so high on this list. In the case of the practically perfect nanny Mary Poppins (No. 6), who is as much a master manipulator as she is a magical singing caretaker, it could be that she helped raise many of the baby boomers in the AWFJ (including me). 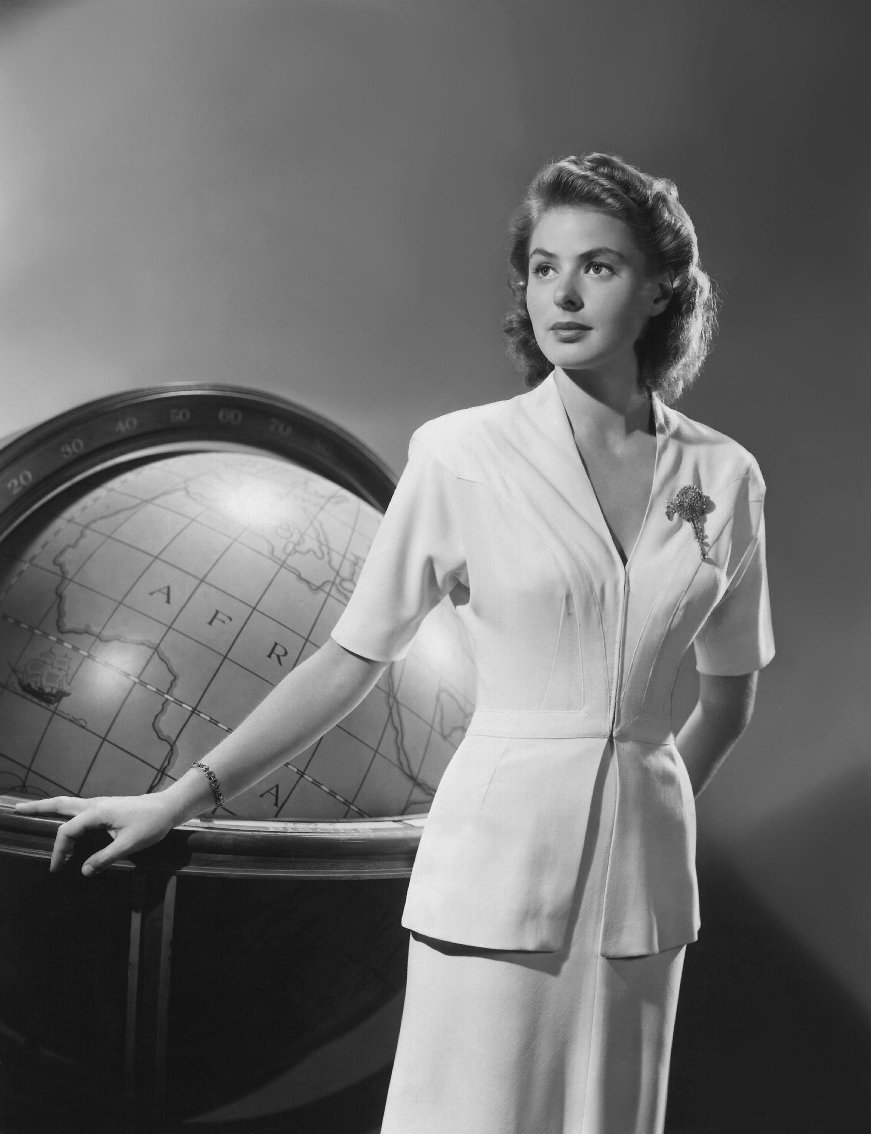 But some might wonder about two other, less obvious names finding their way into the top 11. Take Ilsa Lund (played by Ingrid Bergman and ranked at No. 4), torn between her heroic husband Victor Laszlo (Paul Henreid) and former lover Rick Blaine (Humphrey Bogart). Or Nora Charles (No. 8, brought to life by Myrna Loy), a swanky, playful socialite who helps her hubby Nick (William Powell) solve mysteries in between downing martinis in the six-movie “Thin Man” series.

Ferdinand has the answers. Nora Charles, she says, “is a lovely character with a great relationship with her husband. She’s curious and self-confident, but also naïve. She gets into jams, from which she sometimes has to be rescued. But who among us doesn’t? She’s a wonderful, sparkling Wonder Woman of the type we rarely see today.”

As for “Casablanca’s” dreamy Ilsa, trapped in one of filmdom’s most famous triangles, Ferdinand says, “She is a little more problematic for me because she gives up her agency to Rick when she finds herself helpless to decide which man to be with. She seems more buffered by fate than standing up to it. But she offers a look at pure romance and what a lot of people must have been feeling like as pawns of war. Her choice is to be loyal to Victor, but sacrifice is what ‘Casablanca’ is all about.”

One other observation: White characters completely dominate the top 11. In fact, just five women of color are represented among the 55 selections: Mammy from” Gone With the Wind” (1939), Rebecca Morgan in “Sounder” (1972), the title character in “Jackie Brown” (1997), Yu Shu Lien in “Crouching Tiger, Hidden Dragon” (2000) and Paikea in “Whale Rider” (2002). Should we be concerned or does this outcome simply reflect the film industry’s ongoing problem with diversity?

“Most of the history of movies has been a history of marginalization for anyone who isn’t a white man, both in front of and behind the camera,” Ferdinand says. “Racial prejudice in the form of demeaning roles for African-American, Latino and Asian actors has existed since the dawn of film, including today.” During the AWFJ nominating process for the project, which started with 500 possibilities that eventually were whittled down to a ballot of 250, “Our members showed sensitivity to problems of inclusion," she notes. Among those who did not make the final list were Carmen Jones, Helen Ramirez from “High Noon,” Cleopatra Jones, Coffy, Honey Daniels from “Honey,” Yuki Kashima from the "Lady Snowblood” series and Kumiko from “Kumiko, the Treasure Hunter.” 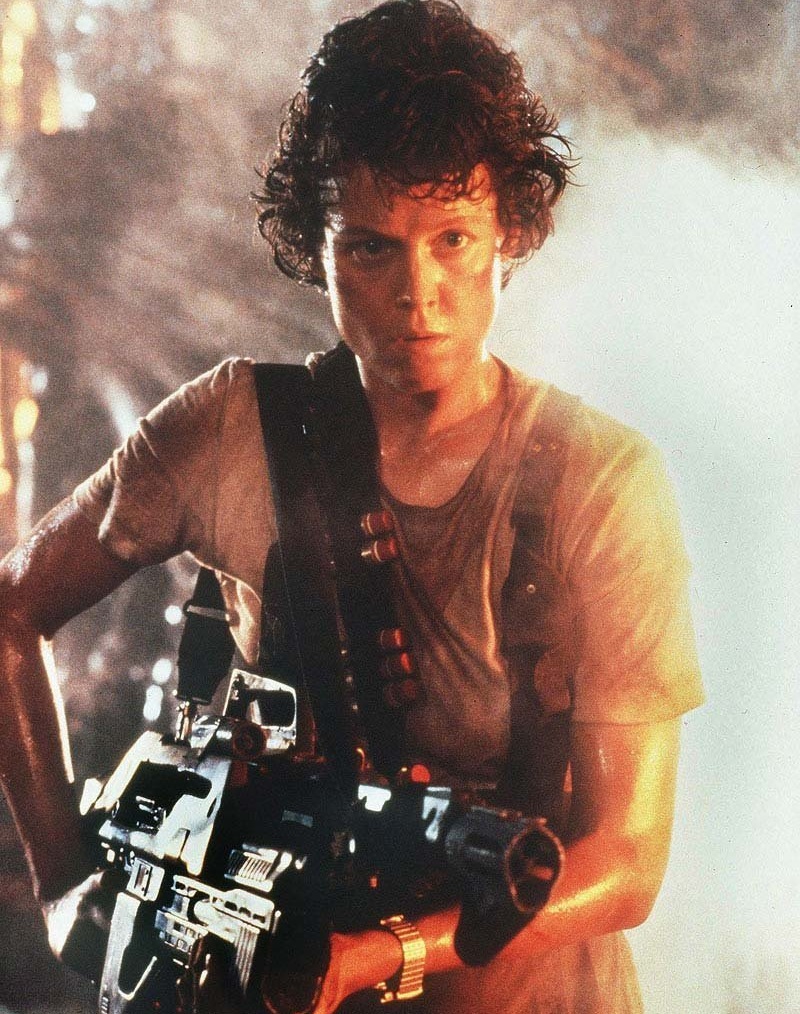 While the rest of the 44 choices have been previously announced—and can be found via these links "55 through 44," "43 through 34," "33 through 23," and "22 through 12"—I decided to take a closer look at the specifics of the results to see what they say about these Wonder Women whose influence endures well into the 21st century. Here is what I found:

*The most-represented decades: The ‘70s and the ‘80s, responsible for producing eight characters each. “The women’s movement of the ‘70s and ‘80s gave us a toehold behind the camera and better women’s stories on screen, stories of women asserting themselves in the workplace as a reflection of reality,” Ferdinand observes.

*The least-represented decades: The ‘40s and the ‘60s, with only four characters each. “Those were not great years for women characters,” Ferdinand says. “In the ‘40s, the war effort saw a burgeoning of combat-related films as well as escapist movies in the form of musicals and romance. Film noir also sprang up, and women were often the enemy, the femme fatale. Meanwhile, the ‘60s carried over the ‘little woman’ portrayals of the conformist ‘50s without retaining that decade’s ‘women’s films’ that put females front and center.”

*Of the choices representing the current decade, one of the six is from 2010 (Ree Dolly in “Winter’s Bone”) but the rest are from 2015, if you include Katniss Everdeen from “The Hunger Games” franchise (2012-15). “Quite frankly, the 2015 picks may have something to do with their freshness in people’s minds,” Ferdinand suggests. “But I also think these characters are unique. Have we had an openly gay grandmother in films before (Elle Reid from “Grandma”)? How about a kidnapped girl who becomes an adult and mother in one locked room (Ma in “Room”)? These people exist and their stories are worth telling.”

*Among the most popular types of characters, based on how they are primarily portrayed onscreen, few are mainly defined by their relationship to a man or a child. There are six action heroes; five journalists/writers/editors; five girls in their teens and younger; four upper-class/socialite/royalty types; two housewives, one mother and one mail-order bride and mother; two office workers; two waitresses; two teachers; two business owners; and two law enforcers.

*18 of the characters resulted in acting Oscars for the actresses who played them, with many more leading to Academy Award nominations. In other words, if you build great female characters, they will likely be noticed and rewarded.

*Only three films that produced worthy Wonder Women had female directors—the 1994 version of “Little Women,” “Whale Rider” and “Winter’s Bone.”  However, 18 out of the 55 characters—almost a third—were conceived wholly or in part by women screenwriters and/or authors. “I don’t think men can’t write great parts for women, since we have many on our list,” Ferdinand says. “However, the insight that women can bring to these characters and their lives is self-evident in the results. We know when something feels true and right to us.”

We will let AWFJ’s own Wonder Woman, founder Merin, have the last word. “These characters represent our good friends,” she says. “This is a list of films that every mother will want their daughters (and their sons) to see. It could serve as a primer for a course on women’s images in film through the years.”

Merin also suggests there might be a follow-up list featuring Wonder Women found in films based on the stories of real-life individuals such as Erin Brockovich or Queen Elizabeth II. “I am extremely proud of what we have accomplished and I look forward to equally successful collaborations in the future.”