The Six Questions TV Audiences Will Be Asking in 2014

After arguably the most creatively vital year in the history of television, where does the medium go from here? What are the questions that we should be asking about the upcoming year in TV, a year that looks like it could creatively eclipse the incredible one that you're still rushing to clear from your DVR? The bad news is you have no time to waste. January 2014 starts the year off with an incredible explosion of new and returning shows, from the premiere of HBO's "True Detective" to the return of FX's "Justified" to the debut of mid-season network programming like FOX's "Rake" and CBS's "Intelligence." New episodes of "Sherlock" and "Downton Abbey" would be enough to make most TV fans take notice, but they are merely the tip of a programming iceberg that includes "Archer," "Chozen," "Girls," "The Spoils of Babylon," "Episodes," "House of Lies," "Shameless," "The Following," and many more in January alone. But, even though the first month of the year is already packed with content, I'm already looking beyond January and wondering, "What are the questions we should be asking ourselves about where TV is headed in 2014?" Here's what I came up with so far.

1. What's the next chapter for Netflix and The Sundance Channel?

Possibly the biggest creative story in 2013 was the emergence of these two new major players in the TV marketplace. For years, we've looked to networks like HBO, Showtime, FX, and AMC for our quality television options beyond network programming, but the streaming service Netflix and the cable network The Sundance Channel made top ten lists around the world with their original offerings in 2013. Netflix broke ground with "House of Cards," "The Fall," "Derek," "Arrested Development," and, their best program, "Orange Is the New Black." Sundance Channel didn't attract the same attention, but their two masterpieces, "Rectify" and "The Returned," continue to find loyal audiences through word-of-mouth buzz. They're both must-sees.

So, what's next? "House of Cards" returns on Valentine's Day with 13 new episodes, all available at the same time for those who like to stack their political dramas. New seasons of "Hemlock Grove" and "Orange Is the New Black" are in production and scheduled to premiere this year, although a potential return for "Arrested Development" appears to be a 2015 proposition at best. While it's unclear when the final, six-episode season of the immortal "The Killing" will air, perhaps the next truly major step for Netflix, in terms of commercial appeal, will come in 2015 when the production of four series based on Marvel Super Heroes—Daredevil, Jessica Jones, Iron Fist, and Luke Cage—will inevitably turn the streaming service into one of the hottest properties at Comic-Con that year. With such potential lined up for their 2015 season, Netflix's 2014 programming might sound a bit like treading water, but they made such a splash in 2013, it's hard to blame them.

The Sundance Channel hopes to continue their dramatic original series success with "The Red Road," premiering in February. 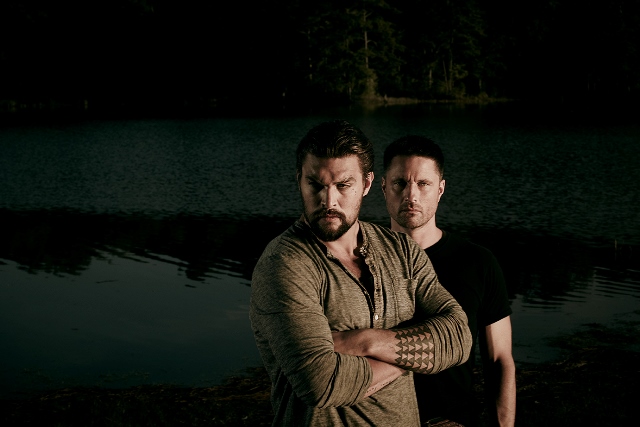 "Rectify" is scheduled to premiere a second season later this year, but "The Returned" looks more likely to be broadcast in 2015 as a French date in '14 hasn't even been announced and it's a show that's likely to be imported after its European run. On a similar note, "The Honourable Woman," a British spy mini-series with Maggie Gyllenhaal and Stephen Rea, will debut on Sundance after its BBC Two run, and the network hopes for the same buzz that greeted their 2013 mini-series, "Top of the Lake."

One of the biggest television stories of 2013 was the adieux bid to Walter White and the gang of AMC's "Breaking Bad," the best dramatic program of the year. It seems like a lifetime ago, but we also said "ta-ta" to Liz Lemon and the gang at "30 Rock" in 2013 and the less said about the creatively disappointing end to Dexter Morgan's saga on Showtime's "Dexter," the better. With so many iconic programs departing last year, it raises the question—what shows are preparing their swan songs for 2014? 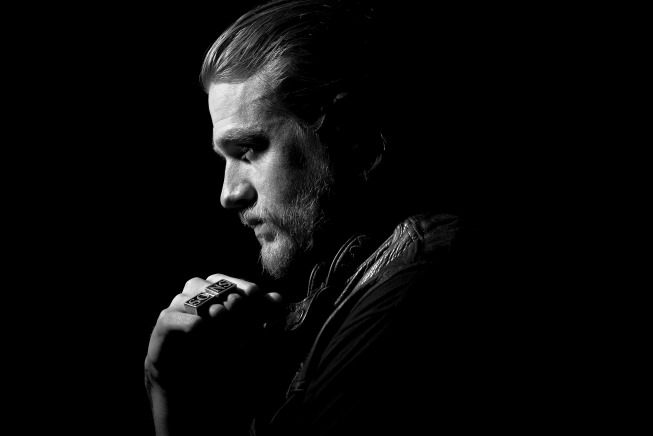 The biggest and boldest is likely to be Kurt Sutter's hit "Sons of Anarchy," a show that feels like it's been barreling toward an explosive conclusion for a few years now. At the end of 2013's penultimate season, Sutter went nuts, killing several major characters and setting up the end game for his riff on "Hamlet" and Greek tragedy. The show has only built its following over the years and could, like "Breaking Bad," go out on at a ratings peak. Let's hope it does so creatively as well.

At the moment, the rest of the field is a little slight when it comes to series preparing for their final wrap parties. There have been rumors that "Boardwalk Empire" could make its fifth season its final one and that would certainly garner some attention and likely inspire the writers to end strong. HBO's "True Blood" is biting its last jugular, but it feels like it's come a little too late to make the impact it might have before its recent creative lull. Showtime's "Californication" is ending, but that show never really found too big of an audience. Finally, there still could be some players not yet known, like a finale announcement for "Parks and Recreation," "Community," or the show that seems to be revived from the brink of series finales every year, "Parenthood."

3. What veteran show could bounce back from a creative dip?

Much has been written about the creative revival of CBS's acclaimed "The Good Wife," earning more rave reviews lately than during its entire run. Are there any signs that other shows could bounce in a similar way? Fans of "Community" who gave up on the show during its horrendous fourth season should take a look when it returns tonight, January 2nd, with a two-episode premiere. Before last year, show creator Dan Harmon was unceremoniously shown the door, but he has returned to bring stability back to the program and it shows on the very first night. The writing is, as fans will expect, very self-referential regarding its back-stage drama, but it's also smart, crisp, and confident. The characters aren't just back to season three form; in some cases, they're actually improved. It's back to being one of the smartest comedies on TV. 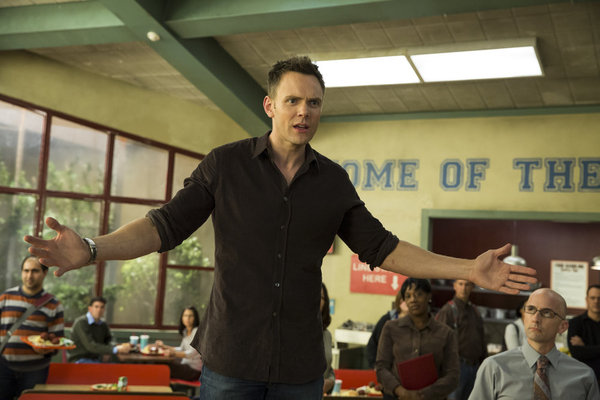 Will "Community" be the only "comeback player" of 2014? If "Boardwalk" ends, I could see that show really going out on a high note given the caliber of the people involved and I know some who considered season four a creative dip. After that, the crystal ball is a little hazy. I'd love to say that "Homeland" will rebound, but it seems unlikely at this point to ever be as dramatically sound as it was in the first season again. I hope I'm wrong.

The networks are not done with you. In fact, they would say that the reports of their demise have been greatly exaggerated, given the strength of their midseason schedules. The truth is that the network programs about to debut in this upcoming midseason are MUCH stronger than their Fall offerings, which comprised one of the weakest slates in TV history. However, this midseason is a different story. Over the next few months, NBC has Alfonso Cuarón's engaging "Believe" (which is essentially a riff on his "Children of Men") and a clever adaptation of Nick Hornby's "About a Boy." FOX launches the Greg Kinnear vehicle "Rake" (1/23) in the hopes of turning the film star into the next TV anti-hero. ABC longs for a bit of "LOST" magic with the intriguing "Resurrection" (3/9) and CBS is going for another "Person of Interest" hit with the Josh Holloway spy drama "Intelligence" (1/7).

As for cable, the biggest event of the year comes early as HBO debuts "True Detective" with Matthew McConaughey and Woody Harrelson on 1/12. The highly-buzzed crime series will be covered here next week, but it's far from the only high-profile new cable show you can expect to build buzz in 2014. At various points later this year, Sean Bean will be returning to TV in TNT's thriller "Legends," Sam Mendes and "The Orphanage" director Juan Antonio Bayona are bringing something that could be wonderful to Showtime with "Penny Dreadful," M. Night Shyamalan is delivering a mini-series to FOX in "Wayward Pines," David Tennant and Anna Gunn are starring in the remake of "Broadchurch" (now called "Gracepoint"), and then there's something new that's also something old – the return of Jack Bauer in "24: Live Another Day."

5. Which sophomore shows will avoid the slump?

2013 was an incredible year for new programming. So, which shows will build on the audience and buzz earned in their first frame? I expect word-of-mouth and streaming to make season two audiences for FX's "The Americans" and A&E's "Bates Motel" truly enormous, if the creators can maintain the level of quality in their second years. I'm curious to see what the writers of Showtime's "Ray Donovan" have planned for season two and whether or not "House of Cards" will be able to maintain its buzz factor now that the very way it's being delivered is no longer a major part of the story. I'm also interested in seeing what the writers of "The Bridge" have in store for season two and seeing if Showtime and HBO can build audiences for "Masters of Sex" and "Hello Ladies," respectively. Beyond that, looking at network programming, there are enough talented people involved in FOX's "The Following" (1/19) that I really hope they can deliver a stronger product in round two. But the sophomore season I'm perhaps most interested in comes early in 2014 as NBC's "Hannibal" returns on February 28th for a second course. Please don't let this one be the last. Network TV needs more programming this smart and unpredictable. 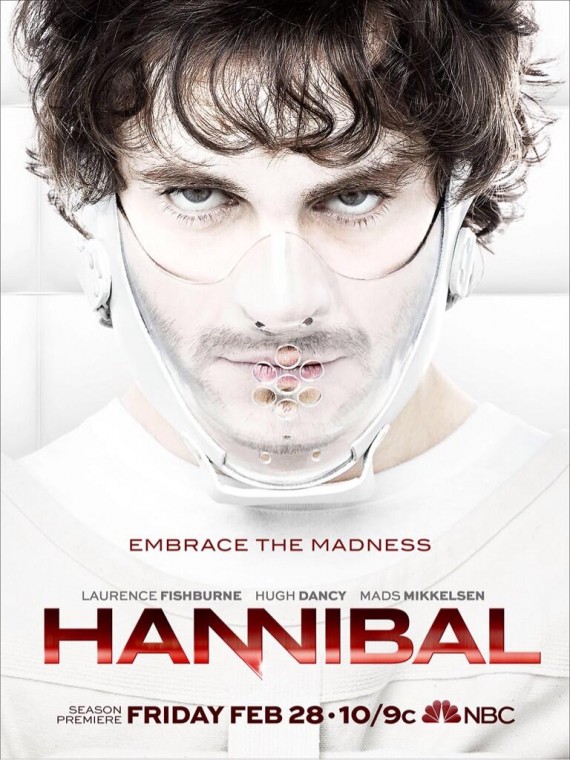 All of the above may pale in comparison to the true story of TV in the '10s—the changing ways in which we watch it. On phones, tablets, computer screens, streaming services—networks are finally embracing the fact that their programming is no longer appointment television. It's on our schedules now. And it will be the networks that offer the most options that win the fight for viewers and buzz. More series will be available on Netflix not when they're released on DVD, but after they finish their broadcast runs. More networks will embrace streaming options for new shows and the ones that don't will fail to find an audience. The real sea change will come when a service "wins," much as when VHS won out over Beta and Blu-ray won over HD-DVD. 2014 could be the year that more people watch programming on Netflix or Hulu than they do through their DVR or live. It's been a trend for the last several years and 2013 was the first year that the networks and cable services really jumped in the pool with offerings like HBO Go and Fox Now. There's no turning back now.