The enemies within the work of Andrew Niccol

He looks up and daydreams about flying away. The trouble is that he is part of an impersonal bureaucracy, one that actively dissuades him from serving as a pilot. This is the basic premise of “Good Kill,” the new film from writer/director Andrew Niccol. It is also the premise for “Gattaca,” Niccol’s debut. Both films star Ethan Hawke as a man who grows uneasy, even a little mad, because he is part of a world that subverts his ambition. The difference is that “Good Kill” is of the present, while “Gattaca” is set in the not too distant future. These films also mark an evolution in Niccol’s worldview. While “Good Kill” has many elements that are common to Niccol’s work, his latest film also represents a transition from hope to skepticism.

In “Good Kill,” Hawke plays Tom Egan, a drone pilot who hates where he works. Instead of sitting in a cockpit and experiencing actual danger, Tom sits in a windowless, air-conditioned cube. There is no overseas tour; now he commutes from his Las Vegas suburb to a nearby military base. While his new job is relatively safe and gives him ample time to see his wife and children, there is unintentional psychological consequences to this professional life. In Tom’s mind, military service meant a literal break from home (sometimes for months at a time), and the daily transition from precise, drone-operated murder to domesticity is too much. 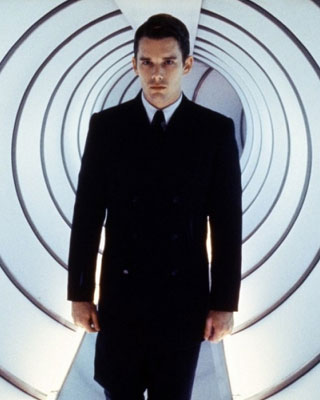 Vincent Freeman, the Hawke character in “Gattaca,” is a more subversive hero. In a future where genetic engineering is the ultimate job prerequisite, Vincent is naturally-born with inherited problems like myopia and heart disease. His health would normally prevent him from pursuing his dream—he wants to fly to Titan, one of Saturn’s moons—so he borrows someone else’s identity in order rise through the ranks of the space academy. While Tom’s world gnaws at him, Vincent’s inspires intense determination.

Detailed world-building is Niccol’s chief strength as a filmmaker. His scripts, cinematography, and performances all serve the story, which starts out simply, only to reveal more depth. The most immediately recognizable aspect of a Niccol is how he uses jargon. He creates clever phrases that serve as a sort of immersion: one character in “Gattaca” calls Vincent a “God-child” because he was not engineered. The sneaky thing about “Good Kill,” on the other hand, is how Niccol did not create any phrases at all. “I didn’t come up with the words I used,” Niccol explained to me, “so I owe a writing credit to the CIA. Words like ‘pre-emptive self-defense’ would have Orwell spinning in his grave.” His shot composition is also in service of his broader themes: the desert of Las Vegas bears a deliberate resemblance to the desert where drones fly overhead, except Las Vegas has pockets of water and grass in its backyards. The vulgar, inauthentic suburbs of “Good Kill” resemble “The Truman Show,” a Niccol-penned film about a man who hates manufactured landscapes and yearns for adventure. The difference, of course, Tom is somewhat complacent in his circumstance, while Truman is a victim of it.

For “Good Kill,” Niccol has a film with “no design,” which is another way of saying it’s authentic. His focus on authenticity is revealing, particularly when we look at what becomes of Tom and Vincent. While “Gattaca” was billed a thriller—its trailer is so misleading it’s unintentionally hilarious—it is really about Vincent’s triumph over adversity. He goes to incredible lengths to get into space, including breaking his legs and removing dead tissue from his body, and yet he cannot accomplish his goal without a handful of people who help him sneak through the ranks. “Good Kill,” on other hand, lacks the compassion of Niccol’s debut. No one wants to help Tom fly—his boss (Bruce Greenwood, in a terrific supporting performance) halfheartedly goes through the usual channels—yet this is the actual American military, not a dystopian future, so there is no underground way for Tom to channel his frustrations. The difference between these worlds indicate Niccol’s growth into a more mature filmmaker, and also a more cynical one. Niccol explained, “I see a connection between ‘Gattaca’ and ‘Good Kill’ because they’re both about technology, and how wisely we use it.” The difference is that our current technology is more dehumanizing than any future Niccol can envision. 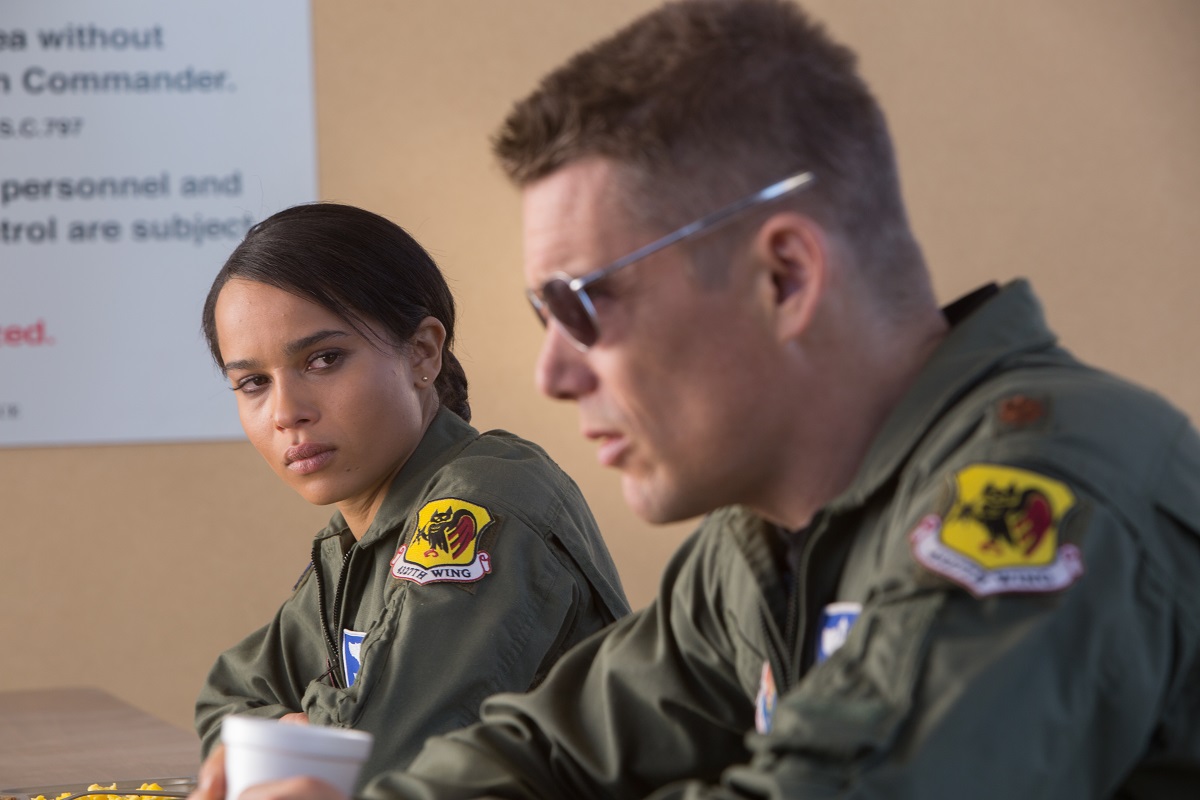 While Tom and Vincent are different iterations of the same Niccol hero, they also exist without antagonists. No Niccol protagonist, not even the arms trafficker of “Lord of War,” is a villain in a traditional sense. Instead, they push against a system that is fundamentally unfair. Each film goes to great lengths to show a system’s flaws; we see the precision of the drone program, for example, and we see the difference between a precise target and a correct one. We see hundreds of small cameras in “The Truman Show,” a film about the unknowing star of a reality television show, then Truman succinctly cuts through the immorality of it with, “You’ve never had a camera in my head.”

Ironically, when I asked Niccol about antagonists, he responded with, “The enemy is us. It is within.” This is certainly the case with “Good Kill,” since Tom has more demons than any previous Niccol hero. He has reserves of misanthropy and self-loathing. He drinks too much, hates his wife, and has a destructive violent streak. Hawke’s performance in “Good Kill” is more focused, angrier than the one in “Gattaca.” He plays Tom like what would happen if Vincent got to Titan, and was given a pile of paperwork.

The alternative ending for “Gattaca” is a pointed criticism of genetic engineering. It looks at famous geniuses from history, including Emily Dickinson and Albert Einstein, and points out their inherited flaws. Had genetic engineering existed, Niccol argues, we wouldn’t have had Van Gogh since he was epileptic. The actual ending is the right one—it strikes a graceful mix of wistfulness of melancholy—and more importantly, it does not critique our world in a direct way. Niccol says, “I’m a filmmaker, not a policymaker, but I like to provoke thought. I only want to ask questions.” Coming from a man who once considered and filmed an epilogue devoid of any subtlety, his current thinking is a mark of maturity. “Good Kill” has a learned wariness to it, in a way that makes “Gattaca” seem less like science fiction and more like fantasy. Vincent has his answer, while Tom knows he cannot find one, so the youthful optimism in “Gattaca” is the least plausible thing about it.