In the wake of the Isla Vista shooting and the #YesAllWomen movement that followed, there was a Margaret Atwood quote that kept appearing, "Men are afraid women will laugh at them. Women are afraid men will kill them." While that serves as a devastatingly accurate summation of what many women feel, it  is not a wholly accurate representation of what Atwood actually wrote. In relaying a conversation between herself and a male friend the author asked, "Why do men feel threatened by women?" His reply was, "They’re afraid women will laugh at them. Undercut their world view." She then asked female students in a poetry seminar, "Why do women feel threatened by men?" getting the reply, "They’re afraid of being killed."

Relatively early in Disney’s latest fairy tale reboot, "Maleficent," the eponymous character, not yet transformed into the villain of our memory, reconnects with an old friend. They talk late into the night until eventually he offers her a drink. She accepts willingly and falls into a drug-induced sleep. While unconscious, her friend violates her and robs her of something precious. She awakens in intense pain and howls to the sky at her loss and betrayal. She is forever changed. Why would such a good friend do this to her? Because she was a threat. Because she was different. Because she threatened an entire kingdom’s world view. 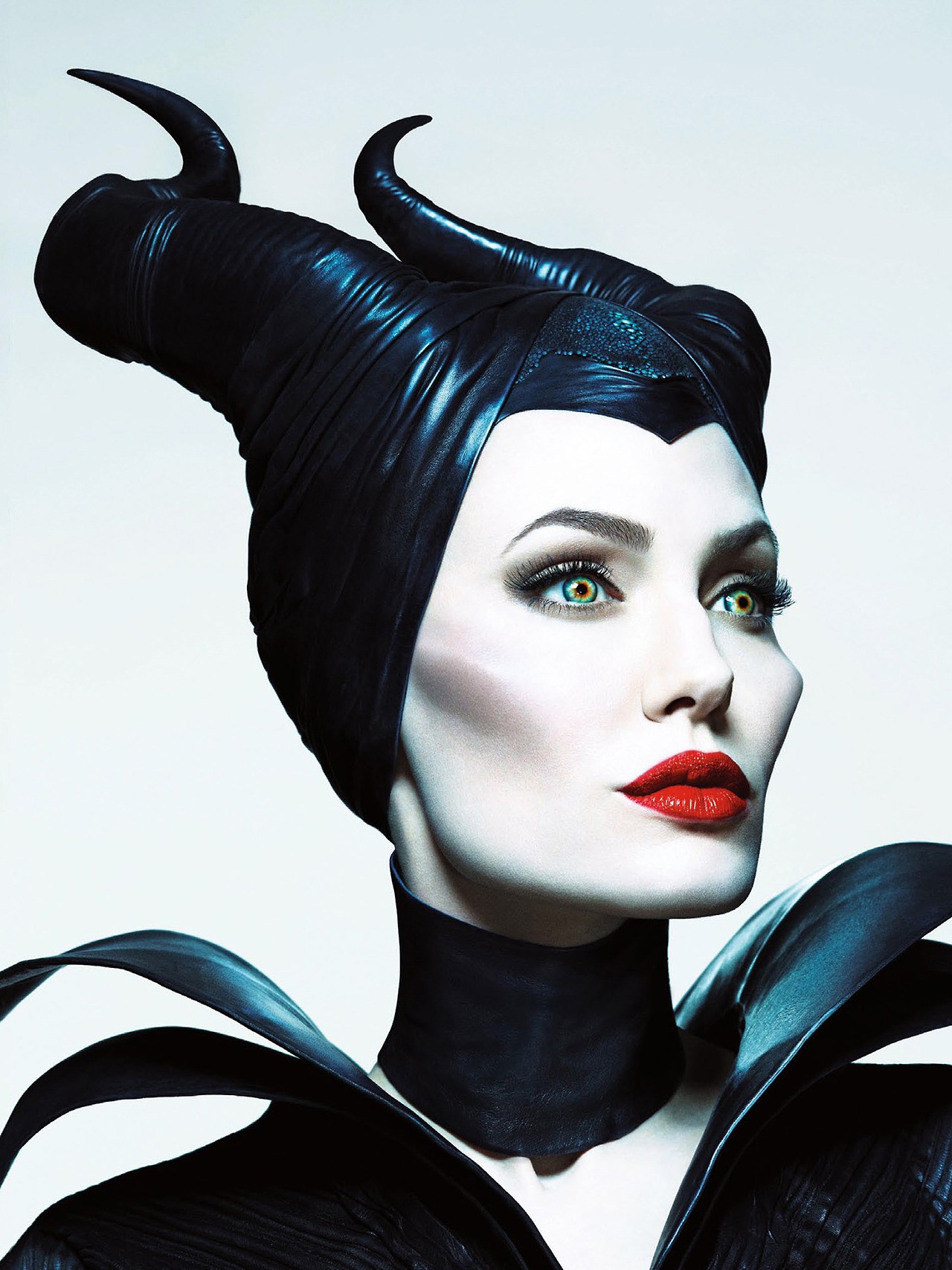 Maleficent was, of course, introduced to the world via "Sleeping Beauty" in 1959, the final film in Disney’s original batch of princess movies, an era that included "Snow White and the Seven Dwarfs" and "Cinderella" alike. The princesses in those films were sweet and demure, hard-working and kind, and, to a one, curiously good with animals. The villains in each film were nasty and heartless, jealous and cruel. They were also all women. In two of the cases, they were evil stepmothers, women who were supposed to love and protect their wards and instead treated them like hired help or, worse, wanted their heart in a box. But Maleficent was different. Maleficent was just evil.

These were the dynamics between women at work in early female-based fairy tales. However, these were adaptations from the works of the Brothers Grimm and Charles Perrault, respectively, so their faithfulness is not necessarily something requiring condemnation. That said they remain notable in a sense of context. It represents the well from which the stories sprang and the relationships fairy tales have been representing and society has been internalizing for years. These are simple tales where a virtuous girl is endangered, a man enters at the last moment to save her, an evil woman is vanquished, and the hero accepts his female prize. These narratives have existed since time immemorial and are accepted as representations of the world we live in. These narratives have established our world view.

Within fairy tales there are two elemental thrusts, one for men and one for women. For men, the thrust is such: They see something, they wish to acquire it, they fight for it, and eventually, they are successful in their quest for acquisition, though not without growth and loss and struggle along the way. For women, the thrust is a little different: Survive. Make the best of it. Be worthy of love. 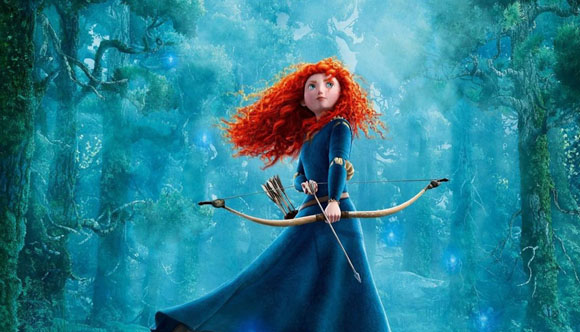 Ultimately, this is where the most recent crop of fairy tale adaptations makes the cleanest break. Increasingly, the protagonists are what some might define as "difficult women." In 2012’s "Brave" (though not purely fairy tale based, director Brenda Chapman likens the film to the work of Hans Christian Andersen), the protagonist, Merida, is often openly unlikable. A difficult child at a difficult age, she is willful and often openly destructive. To that end, saying she’s a difficult child reflects the societal view with regards to teenage girls. There is no "boys will be boys" for a teenage girl. You are proper, or you are a pain-in-the-ass. A more accurate description of Merida would be "teenager." In 2013’s enormously successful fairy tale adaptation "Frozen," Elsa is complicated and sad, afraid to hurt others but tired of hiding her true self, and of pretending to be something she’s not. And Maleficent is raw and primal, powerful and emotional.

These are women who are allowed to feel their feelings, whether good or bad. They survive awful things and are confronted with the awful things they’ve done. They suffer the tolls of those awful things. Difficult feelings aren’t swept away or stigmatized as being bad or evil. They face trauma, and they survive, but they bear the scars still, in a way that most princesses just don’t. None of these women adhere to the traditional fairy tale narrative, and the trend continues in other more mature fare like "Snow White and the Huntsman" or "Hansel and Gretel: Witch Hunters," each featuring a powerful reimagining of their female protagonist, to say nothing of the stellar makeover of Glinda and Elphaba in "Wicked," both novel and musical alike. 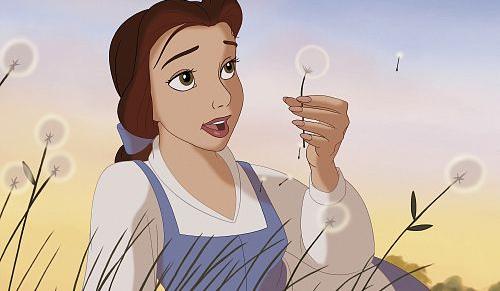 But this transformation isn’t wholly a recent development. Beginning with 1991’s "Beauty and the Beast," princesses began to act a little differently and face different foes. In that film, Belle is bookish and wise, kind and lovely, yes, but willing to be brave in the face of oppressive circumstances. She is smart and has a thirst for knowledge no matter what people thought of that. This is also the first time we see a princess being threatened by a male villain. In fact, Gaston is a fascinating character, in that his villainy is spurred largely because he cannot possess the woman he desires, and she refuses to yield her agency to his desires. The progressive subtextual sexual politics at work are not unlike those in "Maleficent," unsurprising in light of both being penned by Linda Woolverton. (Though her work on "Beauty and the Beast" was assisted by a story team that included "Brave" director Brenda Chapman.)

This period began the subtle reimagining of what it meant to be not only a princess, but a woman, a trend that is only gaining momentum. What makes "Maleficent" such a fascinating addition to the fold is how much of this changing of the guard it incorporates into the film itself. The film has an innate duality in which Maleficent and Aurora represent two different versions of womanhood. Aurora is everything fairy tales have been encouraging women to be since their inception. She is beautiful and kind and good. But in this film, she has agency. She makes choices, she is active, and she is an agent of change. Maleficent, no longer the villain, is emotional and scarred, with anger and resentment she can’t come to grips with. She is everything that women are taught to secret away inside of themselves, lest they become the wicked witch. It is a tale about who we think we should be versus who we are. At least, that’s what it presents as. Eventually, it reveals itself to be about the integration of who we are and who we are, the good and the bad, the beautiful and the ugly. The relationship Maleficent and Aurora have is maternal because of how much of herself the former sees in the latter. She remembers a time when she had joy and love and she wishes to protect Aurora from grappling with the demons she has, in a way that no one did for her. Yet, these are things that Aurora needs to learn about in order to become her best self and a good queen. It is necessary for Aurora to understand how people who make bad choices are more than just those bad choices and that they are still capable of goodness and love. Aurora needs to understand these things so someday, if necessary, she has the capacity to forgive herself the way she forgives Maleficent.

Beyond that integration, perhaps the most significant trend running through many of the recent crop of Disney fairy tales is that of repaired female relationships. In a far cry from the days girls were tortured by bitter old women, we now see tales about mothers and daughters, sisters, kindred spirits. The relationships are complicated, but throughout each of them runs a deep and abiding love. It’s no accident that "Frozen" and "Maleficent" have such similar endings. Anna and Aurora alike can only be healed through an act of "true love," be it expressed in a kiss or an action. But in both films, it is not a charming prince or a dashing rogue who can bestow such love. Aurora is awoken with the kiss of the "fairy godmother" she found in Maleficent and Anna is saved by the goodness and sacrifice of her own heart, spurred on as she was by her love she for her sister. The norm is being reshaped into something that moves away from woman vs. woman and toward something far more inspiring.

At the end of "Maleficent," there is an exchange of power representing the end of one reign and the beginning of another. It is necessary and a healing coda for all involved. The moment is a symbol, just as the reinvention of the fairy tale is a symbol. It may be too late for the old guard to change the world, those of us raised on the old fairy tales and indoctrinated into the world of good girls and bad girls. But there is hope yet, in those younger generations just learning about what it means to be a woman in the world and which emotions are acceptable to express. These stories are our exchange of power, our passing the mantle, our hope for a better world to come.