It was December 1989, and the filmmaker had been in labor for 14 hours with the baby who would become her first and only child, her son Ozzy. At some point during the frustration and exhaustion of it all, Seidelman looked up and noticed that a television was on. The program was "Siskel & Ebert," and the influential film critics just happened to be reviewing another baby she'd birthed recently: "She-Devil," a then-rare comedy for the estimable Meryl Streep as a flashy romance novelist and the film debut of Roseanne Barr as the frumpy housewife whose husband Streep's character seduces away. 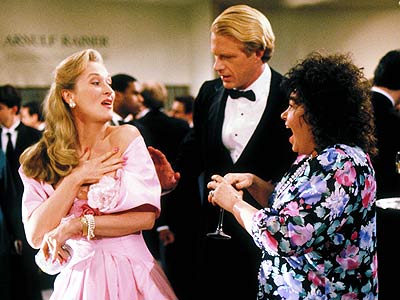 (For the record, they were split on it. Roger Ebert gave it a thumbs-up, praising Barr for not only holding her own but creating a full character opposite the veteran Streep. Gene Siskel, however, was thumbs-down: "I didn't like the picture at all in any way," he said simply, witheringly.)

It's an extreme example, but the anecdote does seem rather fitting given Seidelman's history of seamlessly blending femininity with filmmaking. As a writer and director, she's been a pioneer among female, American independent filmmakers for more than three decades, starting with her 1982 debut "Smithereens," a sort of punk-rock version of Fellini's "Nights of Cabiria" set in downtown Manhattan, and 1985's "Desperately Seeking Susan," the playful Madonna romp that put her on the map.

She's had her highs and lows in this business, but she's always returned, always survived. Now, Seidelman is back this week with the ensemble comedy "The Hot Flashes," starring Brooke Shields, Virginia Madsen, Wanda Sykes, Daryl Hannah and Camryn Manheim as former basketball stars — now menopause-age women — who suit up one more time to challenge the local high school girls team to a breast-cancer charity fundraiser in a tiny Texas town.

It very much fits within the themes that always have inspired her. The women in Seidelman's films are often trying to find their place in the world, their voice. And despite a frequently off-kilter, surreal sense of humor that permeates her storytelling, Seidelman celebrates the way in which women draw strength by remaining loyal to each other.

"At times I've thought, am I just repeating myself? But then I think that there are male directors — Woody Allen is making some variation of his main issue – whatever the thing is that obsesses you in life," said Seidelman, smiling and laughing easily and often during a recent interview. "It's not like you can figure it out, but you can just keep exploring different angles of it. And certainly as I've gotten older, the questions change because I'm at a different stage in my life, but they're still similar questions: How do I fit in, who am I inside and who am I on the outside?"

Now 60 with a long-lasting marriage and a 23-year-old son, Seidelman grew up in suburban Philadelphia and attended Drexel University, thinking she would pursue a career in fashion design. But while she was there, she took a film appreciation course, and "the world opened up," she said.

"Watching early Godard movies, Truffaut, 'The 400 Blows,' the French New Wave, and then Ingmar Bergman movies — it was like, 'Oh, movies can be like THAT,'" she recalled.

She applied that eye for artistry at New York University's film school. ("This was in 1974, and to be quite honest, it was much easier to get in," she joked.) Back then, Seidelman only knew of a handful of female filmmakers, none of them American — Ida Lupino, Lina Wertmuller, Agnes Varda — but she longed to be among them.

"There was a part of me that was very naïve about how hard it is to be a filmmaker and get movies made, and that ignorance is bliss." she said. "It definitely was like Judy Garland and Mickey Rooney, let's put on a show in the garage: 'Hey let's make a movie! Let's make a feature film!' Which turned out to be `Smithereens.'"

For her next film, "Desperately Seeking Susan," about a bored New Jersey housewife who lives another woman's life in New York City, she didn't have to look far to find the actress she wanted to play the title character. Madonna lived down the street from her in SoHo at the time. The up-and-coming pop phenomenon was a fixture in the local dance club scene that Seidelman knew well. 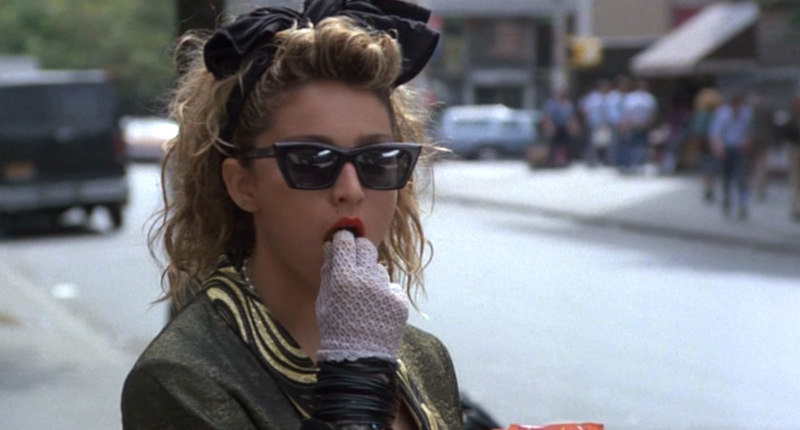 Among the actresses who auditioned for the role of the mysterious Susan opposite a young, little-known Rosanna Arquette and Aidan Quinn: Ellen Barkin, Melanie Griffith, Jennifer Jason Leigh and Kelly McGillis. But it was obvious even then that Madonna had an irresistible certain something — and because most of the production took place before the frenzy of her superstardom, Seidelman could shoot on the streets of New York without much hassle. "This was early MTV, and she had one of the first MTV videos that started to play, it was called 'Lucky Star,'" she said. "There's just something interesting about that character, something appealing about her, and I could see that she had that quality that other women would say, 'Ooh, I'd like to be like that': free-spirited, sexy and free-spirited, or in control of my destiny like that character."

After the surprise success of "Desperately Seeking Susan," Seidelman made her next two films for studios. The mob-centric "Cookie," starring Peter Falk, Dianne Weist and Brenda Vaccaro, and "She-Devil." They weren't received nearly as well.

"You just try to stay at the poker table. That's what I've learned," Seidelman said. "One of the things about making a movie that's a flop or doesn't do as well as you hope it will do is that you can't take it personally. You have to kind of put blinders on. The one thing my mother said to me which I thought was really smart was: 'Don't let success go to your head and don't let failure go to your heart.'"

"I don't think she ever took a job just to have a job. She always has to find a project she enjoys," said O'Brien, whose other films include the William Friedkin thriller "Killer Joe."

"She's also chosen to go without representation for the last six years I've known her," he added. "I have managers, talent agents I know who say, 'Introduce me to her.' I say, 'She's not looking for representation.' That's sort of being outside the system again. She's carved her own path, which is part of the reason she hasn't reached the highest echelons. She's not playing the game they want her to play." 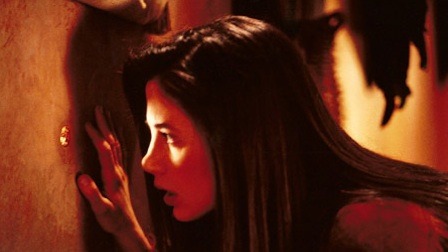 Seidelman is, however, an Oscar nominee: for a funny, sexy short film from 1993 called "The Dutch Master," which she directed and co-wrote with her husband, former music industry attorney Jonathan Brett. The cast includes a pre-"Sopranos" Aida Turturro and Vincent Pastore and is led by a young Mira Sorvino, who doesn't utter a single word as an engaged dental hygienist who becomes obsessed with a painting at the Metropolitan Museum of Art. Originally made as part of a German television series called "Erotic Tales," the short played at the Telluride Film Festival, which led to other festivals, which led to Academy screenings and a nomination.

Another cool and eclectic entry in Seidelman's filmography — but one that meshes nicely with her preferred theme of strong womanhood — is the 1998 pilot for the groundbreaking "Sex and the City." Series creator Darren Star had seen her earlier work, liked it and thought she'd be a good fit to direct; Seidelman, in turn, loved the script. 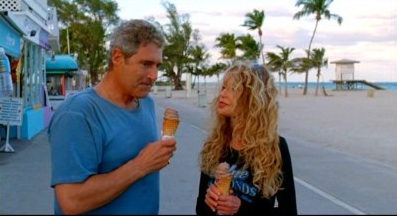 The bittersweet realities of love and heartbreak are what make Seidelman's films so relatable, and so crucial for audiences over 40 that too often are underserved, said Dyan Cannon, star of Seidelman's 2005 comedy "Boynton Beach Club," about seniors finding romance at a Florida retirement community. (Seidelman's own mother, now 81, lives in such a Florida community herself "and she goes to the movies more than I do," she said. "There are older audiences out there for these kinds of movies that the studios don't tap into.")

"After the first read-through, she asked me if I would sit down and go over the whole script with her, which was a very kind and generous thing to do," she said. "She's smart, she's open, she's willing, she's flexible, she's compassionate, she's interesting and I think interested in people, which makes her interesting to be around. To be current, you don't have to have purple hair and wear eight-inch heels. To be current, you just have to understand that the real issues of life, the things that matter, really don't change from generation to generation."

Asked why Seidelman isn't a better-known name among female directors such as Kathryn Bigelow, despite her longevity and flair, Cannon replied: "Well, I think she is a big name. Why she isn't bigger, I have no idea. I don't think she wants to make movies about war and killing and fatalities." 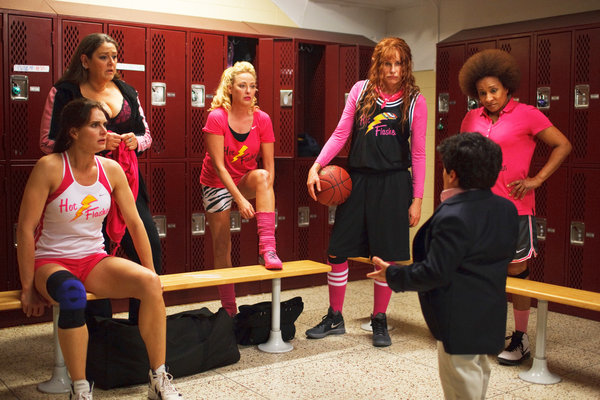 And now, another film that speaks to Seidelman's heart: "The Hot Flashes."

"Kind of like Rosanna Arquette wanting her inner Susan to get out, these women want their inner, better part of themselves to get out because they feel a little bit underappreciated or undervalued at this stage of their lives," Seidelman said. She also saw five great parts for five underemployed actresses whose work she enjoys. 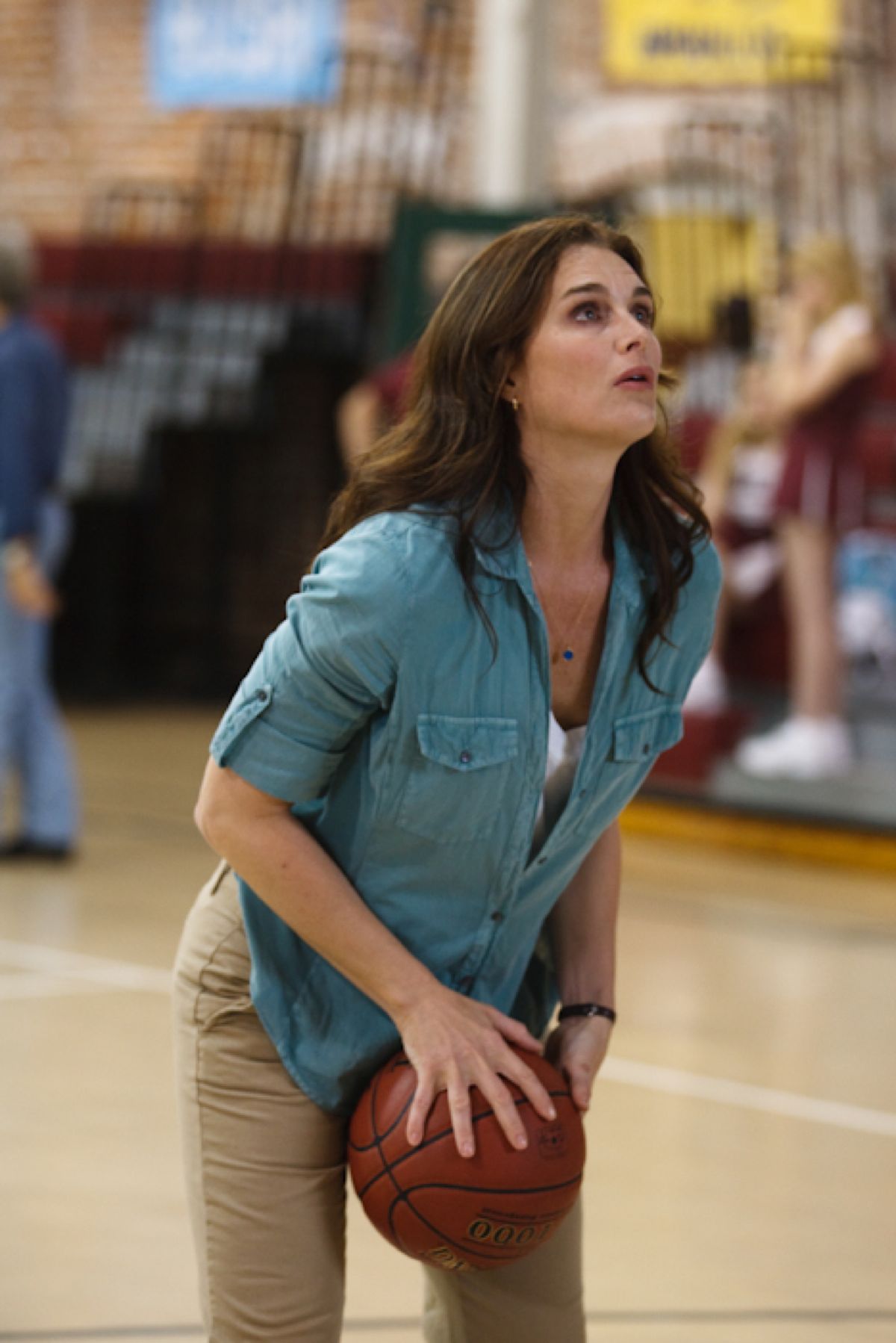 "She really believes in her characters but she also believes in her actresses and she really wanted to show women at a certain age in their life and give them as much credibility and show how versatile they were," says Shields, who's in every scene as the bored housewife who comes up with the idea of assembling the team to honor a departed friend. 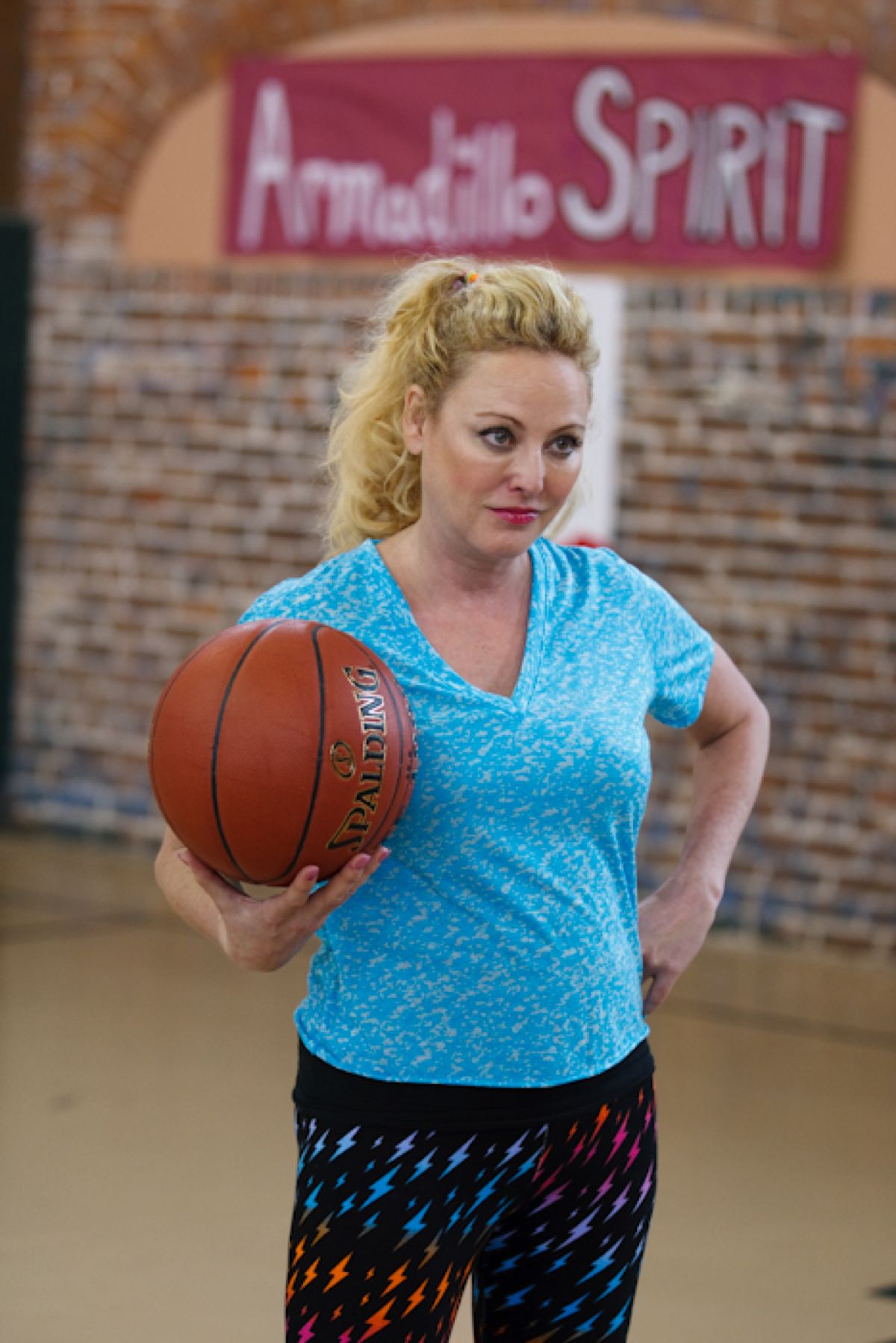 Co-star Madsen, who gets to vamp it up as the much-married town tart, said she and her co-stars enjoyed an instant camaraderie because they'd all been around so long, and Seidelman created an environment on the set that allowed that sense of sisterhood to flourish. That included three weeks of basketball camp before shooting started to ensure that the actresses themselves were really playing those games and bonding as a team, rather than using body doubles.

So what's the secret to longevity, either in front of or behind the camera?

"One, you have to have a great sense of humor about yourself, about life," Madsen said. "It is very hard to stay here for so long. You have to learn how to be broke and unemployed, and you have to learn how to do that with style. It can be done – I'm definitely proof of that. That's certainly one thing all of us on the movie had in common: We've all been in it since we were young. Brooke's been here the longest. She was just a baby.

"In a sense, all of us grew up in this industry," she said. "We're survivors."