At the end of David Byrne’s 1986 film “True Stories,” Byrne remarks that only by leaving a place and forgetting it can he really see it again for what it really is. It makes sense, especially as one gets older and returns to a childhood home or visits a school for the first time since being a student. Buildings seem smaller, more flawed and less of an idealized space. Then there is the history of that particular space, a history that took place long before you ever set foot in it. It can sometimes be of great importance, but what matters most is the time you spent in the building. You are now a part of the history of that home, school or workplace. Your perception of it will not be quite the same as anyone else’s.

Casimir Nozkowski’s film “70 Hester Street’ is about saying goodbye to a place that had been home for 46 years for his parents and Nozkowski’s home for 18 years. This film had been completed in 2012, the year his parents moved out. Nozkowski takes one last look at this odd loft space in the lower east side of Manhattan and notices (again) all the little details; the odd bits of prayerbook randomly found in the crevices, the white banister, the sounds the floor makes when walked on. Everything. He takes it all in one final time before it gets purchased and becomes unrecognizable, as has happened to so many other buildings in the area. Nozkowski’s home started out as a synagogue back in the 1800s, then became a whiskey still, then a raincoat and shower curtain factory. And then a home.

“70 Hester Street” is a personal video essay that will speak volumes to anyone who is going through the process of moving or who has taken that dramatic step of leaving a place after ten or twenty or more years. Personally, I would love to live in a building like this and can understand Nozkowski’s need to document it one last time. The static shots are beautifully composed and the decision to hold off on revealing the parents until near the end is a wise one. Nozkowski beautifully drives home the points of gentrification and the fading of an era without being overtly sentimental or preachy. It is the perfect summation of a memory of a place that has great, personal significance. 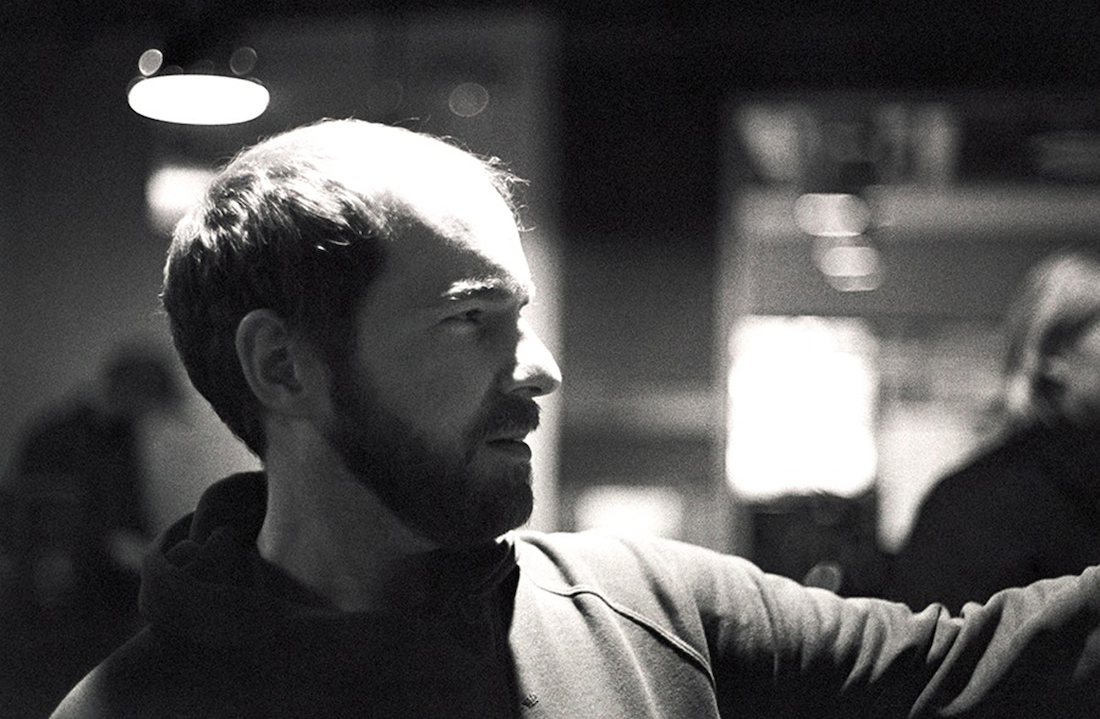 At what point did you realize this needed to be documented as a short film?

Pretty much since I figured out I wanted to be a filmmaker (around the age of 15), I've wanted to document the unique home I grew up in. I've made a lot of narrative and documentary shorts (over 100!) and many of them take place in and about New York City so I had no doubt that 70 Hester Street would one day get its own film. But I definitely took for granted having access to it and it was a real wakeup call when the owners of the building told my parents that they were selling it. Not only was I going to be unable to get into the building but I just assumed in the current climate of development, that the building would be bought and torn down. So once we even got a hint of the forthcoming sale of 70 Hester Street, I set to filming pretty much every aspect of it. And once I started doing that, I felt like there might be a way to make a movie that was in conversation with some themes of gentrification, overdevelopment and changing values in New York City; themes that I've been interested in as a filmmaker and a born and bred New Yorker.

Most would have ended the film on a more somber tone, but you seem to have went the other direction. What went into that decision?

The tone at the end may be upbeat and energetic but I'm hopeful the takeaway is actually more somber. The last shot with the One Way sign in focus and the building disappearing, that was my little nod to how unchecked progress, especially in New York City these days, can be a steamroller. I felt like there was an inevitability to rent-controlled (official and unofficial) spaces being taken away from longtime residents and repurposed by people coming into the neighborhood with money and resources to burn. So the 'One Way' sign and the building "disappearing" in that one tracking move just echoed that inevitability for me. The music at the end is upbeat but also it's a callback to the building's Jewish heritage. I wanted that last track of music (gloriously composed by Alexander Strung and the Virtuous Orchestra) to be doing battle with the sounds of the construction and renovation that were invading 70 Hester Street after we left. If you listen close in that epilogue and into the credits, ultimately the music is swallowed up by the construction sounds, just like I anticipated the building and its history as a synagogue, whiskey still, shower curtain factory and artists' studio (and other things) to be swallowed up and erased by its new owners and architects. Having said that, I've been pleasantly surprised that the people who bought the building in 2012 (and then sold it again in 2015) still haven't knocked it down.

But to go back to your question, in general I tried to avoid being too sentimental or too somber. I think with autobiographical documentaries or documentaries that are tackling a potentially sad subject, you really need to be careful with piling on with sentimentality.

Gentrification seems to be at the heart of the matter here, but it's never really addressed directly. Was it hard to narrow down the focus of the piece and keep it purely personal?

I think the facts and visuals speak for themselves. I mostly just wanted to examine my building and examine my neighborhood and not get in the way of what I was finding when I hit record. I wanted to keep it personal (without being sentimental) because I didn't want to sensationalize or overstate the issue or try to inadvertently make a claim that my story was more important than other people's stories. I just wanted to show a building that was a conduit to an era 100-plus years ago; a building that was now in jeopardy of being vaporized and swallowed up by the current climate of development. The best way to do that I thought was show how inhabited my building was, how we lived and worked in it, how many people had passed through it and maybe most crucially that it was my childhood home. So it was easy to keep the focus personal because I think that's an important part of the conversation. When people are priced out of their neighborhoods, they're being priced out of their homes. They're forced to move out of their childhood homes, where they've grown up and lived all of their lives. I feel like that point can't be made enough: that the buildings being bought and sold and treated like commodities are actually HOMES where people had dinner, worked, raised their kids, grew old, and lived their lives.

Have you been by 70 Hester Street lately?

I live in Brooklyn now, but I work in Manhattan and am on the Lower East Side a lot. I pass by 70 Hester Street quite often. Usually when I do, I snap a picture. It's been wild to see it so quickly renovated and then sit dormant for the last few years, covered in graffiti and advertisements. They painted the fire escape bright white and changed all the windows but I am glad it's still standing. I do like being able to look at it and get all nostalgic. Plus, as I say in my film, when I lived there, I never really looked at it from the outside. I was too busy living in it. So I still get something out of walking by it or looking at it from across the street. However, my parents and I were having dinner in the neighborhood and walked by together a few months ago and that was a kind of sad, fascinating moment. To be standing outside it together and know that it was empty and unoccupied but not be able to go inside? That was so weird.

Where are your parents living now and what was the move for them like?

They have a house in upstate New York and moved up there full-time after 70 Hester Street was sold. They're happy and have studios where they can do their work quite comfortably but I think it was a big shift to lose their homebase, that they'd taken care of for so many years, especially since they still come to the city all the time to show art, see art, see friends and so on. The move itself was super intense because it was 45 years worth of life that had to be accounted for. Books, paints, tools, furniture, artwork from other artists, their own artwork, it all had to be packed up pretty quickly. Paintings they'd done when they were in their twenties, which had been stored under the stairs at 70 Hester Street now had to be taken out, cleaned, moved and stored upstate. It was just everything. Anyone who's ever moved knows how draining and confusing it can be to just go through everything you own. 45 years worth of everything you own is a little staggering and my parents and I really used all of the six months allotted us by the owners to get everything out of there in good, working order.

I'm making more movies! I've got a docu-series I just finished called "Food Warriors" about finding the best food at every stop along the A Train. You can see all the episodes and the entire journey at thefoodwarriors.com. I also just had a great festival run, seeing a film I edited premiere at Sundance and SXSW called "The Shining Star of Losers Everywhere." My own new short documentary, "IDAC," premiered at Hot Docs in Toronto and is playing at Rooftop Films on July 8th in the NY Non-Fiction screening. I also wrote a feature script called "Real Estate Boom" which was inspired by my experience at 70 Hester Street and I have another feature script that's totally different but just as personal in the home stretch as well. You can check out some of these films and other projects at casimirnozkowski.com.