A big star in the 1960s, Omar Sharif was one of those movie figures who seemed as if he were more intriguing off-screen than on. Blessed with soulful eyes that could overflow with tears on cue, Sharif was a phlegmatic screen presence, but when he was off camera he clearly enjoyed his life as a playboy, a professional player of bridge, and a raconteur nearly on the level of his co-star in “Lawrence of Arabia” (1962), his friend Peter O’Toole.

He was born Michel Demetri Chalhoub in Alexandria, Egypt, to a wealthy merchant father whose business, Sharif hinted, was more than a little shady sometimes. He worked with his father for a bit before going into acting and taking the stage name Omar Sharif (that last name “Sharif” means “noble” in Arabic). Sharif studied acting at the Royal Academy of Dramatic Art in London and made his film debut in “Sira` Fi al-Wadi” (1953), where he met and fell in love with the Egyptian actress Faten Hamama, for whom he converted to Islam when he married her in 1955. Sharif made many movies in Egypt at this time, often starring opposite his wife Hamama in romances.

In 1962, director David Lean gave Sharif one of the most memorable character entrances of all time in “Lawrence of Arabia,” where he emerges slowly from the desert like a dream as O’Toole’s Lawrence watches. Sharif is a key figure in “Lawrence of Arabia” because he provides some conventionally heroic balance to the blatant neuroticism of O’Toole’s masochistic lead. He got an Oscar nomination for supporting actor, and this set him up for large adventure films for the rest of the 1960s. 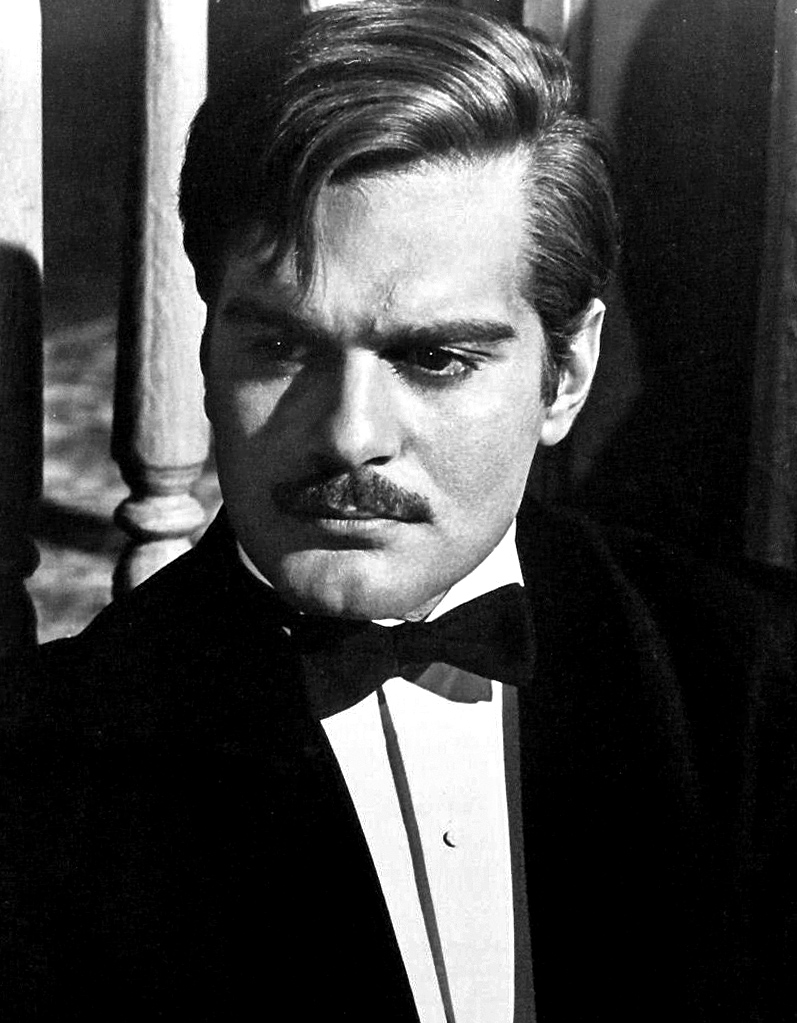 He was in Fred Zinnemann’s gloomy “Behold a Pale Horse” (1966) and he played Genghis Khan in 1965. But his major role, the role for which he will most likely be best remembered, was as “Dr. Zhivago” (1965) for Lean. He gazed with those overflowing, rich chestnut eyes at the carnal lusciousness of a young Julie Christie and trusted that sheer presence could hold the whole thing together, but he took some critical brickbats for his Zhivago (his heart attack scene as he sees Christie’s Lara again at the end of the movie was particularly unconvincing and spastic).

“Zhivago” was a hit, and Sharif’s career as a romantic lead continued for a few years. In “Mayerling” (1968), he matched himself as a male beauty opposite the exquisite beauty of a young Catherine Deneuve and the ripe beauty of Ava Gardner, who was well cast visually as his mother. And then he took his most interesting role as gambler Nicky Arnstein in “Funny Girl” (1968), a big debut vehicle for its singular star Barbra Streisand.

Some said that Sharif was miscast as Arnstein, who was supposed to be a rough-and-ready gambler (Frank Sinatra was pursued for the part but turned it down when he saw that Nick Arnstein was just going to be a support to Streisand with few songs). But Sharif and Streisand do have a kind of chemistry on screen that he hadn’t had with conventional beauties like Christie and Deneuve.

Sharif and Streisand took things further off screen, and when their affair on the set of “Funny Girl” became known the state of Egypt was officially displeased because they were conducting a war with Israel. “You think Cairo was upset? You should’ve seen the letter I got from my Aunt Rose!” Streisand joked to the press. Their affair came to an end as “Funny Girl” wound down, and Streisand used this to her advantage. Before going out to sing “My Man,” her last song in the film, she asked Sharif to hold her hand backstage and then let it go before she went out. So Sharif is responsible for the level of her emotion in that song, and that’s not nothing. 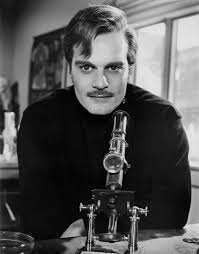 Sharif discussed Communism on beaches with Julie Andrews in Blake Edwards’s “The Tamarind Seed” (1974), which must mark an all-time low for on-screen romantic chemistry between two actors only matched, perhaps, by Jeanette MacDonald and José Iturbi in “Three Daring Daughters” (1948). He gallantly showed up again for Streisand in “Funny Lady,” where any rapport they once had had gone with the wind. And then he showed a sense of humor by appearing in the spoof “Top Secret!” (1984).

Sharif kept appearing in movies, but he was most entertaining as a guest on talk shows, where he revealed himself the ideal smooth dinner companion. One of his best stories involved a time in the 1960s when a besotted female fan broke into his hotel room, pointed a gun at him and ordered him to disrobe and make love to her. Sharif handled this with admirable aplomb: “My dear lady, as you can see, I really cannot get into the proper spirit if you are pointing a gun at me.” He pointed down to his lower body. “But perhaps if you put the gun away…”

Sharif put out a series of videos on how to play bridge, and he did a nice sentimental movie in 2003 called “Monsieur Ibrahim” in which he bonded with a young boy. In recent years, there was an unfortunate series of incidents in which Sharif was guilty of striking a police officer and a parking lot attendant and even a fan at a film festival, but he had Alzheimer’s disease as an older man, so maybe that was just part of the illness. Like George Brent, Sharif was an exciting man who didn’t really feel like transferring that excitement to the screen when he worked in movies, but those deep spaniel eyes of his were usually reason enough to forgive him.