No Animals Were Harmed: The Unique Perspective of “White God”

The new Hungarian film “White God”opens with an unusual disclaimer: “All of the untrained dogs who perform in this film were rescued from the streets or shelters and placed in homes with help from an adoption program.” This is a startling upgrade from the animal-related text we are used to: “No animals were harmed during the making of this film.” But for “White God,” it is both a necessary disclaimer and a statement of purpose. The film features countless scenes of animal suffering that, without this reassurance, would cause serious concern among viewers sensitive to animal cruelty. A dog-fighting scene is particularly gruesome, as is the climactic sequence in which dozens of dogs are shot dead by police. Filmed in a visceral style by director Kornél Mundruczó, these scenes feel so realistic that I probably would have walked out of the screening had it not been for the disclaimer. 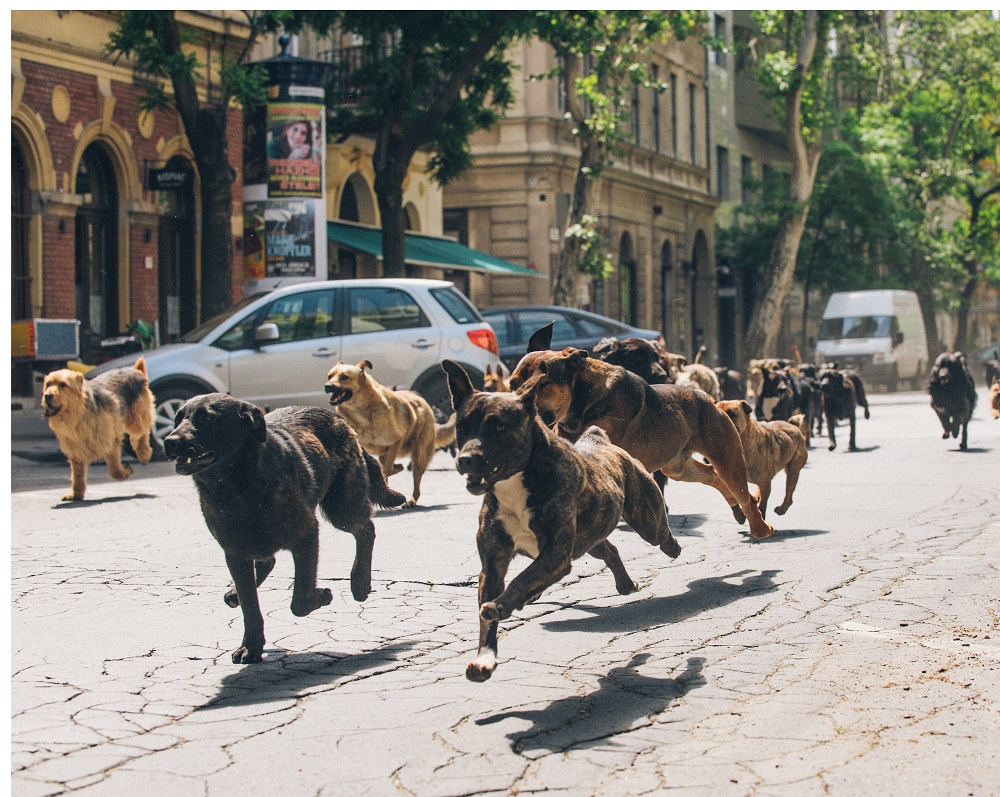 Yet all of this staged suffering is in service of a profound thematic purpose: to show what animals endure at the hands of humans. Think of the film as “Rise of the Planet of the Apes” crossed with “The Incredible Journey”.  When thirteen-year-old Lilly has to move in with her father, she brings her dog Hagen along with her. Like most children of divorce, Lilly has a close bond with her pet, which gets put to the test. When faced with a fee instituted by the city for mixed-breed dogs, her father instead cruelly abandons Hagen on a street corner. Heartbroken, Lilly sneaks off to look for him, while Hagen tries to learn the rules of the streets. Food and shelter are relatively easy, but human cruelty is his greatest threat.Some simply try to capture or kill him; another sells him to a dog-fighting ring, where he suffers systematic torture and abuse to toughen up him before a big fight.

Like “Rise of the Planet of the Apes,” “White God” is told mostly from the animals’ perspective. Lilly is our guide for the first section, but when her father abandons Hagen, the narrative shifts to the dog’s perspective. “Apes” uses a similar technique, although the shift is more gradual; over the course of the film, Caesar becomes the protagonist, and James Franco’s scientist character fades into the background. Shifting perspectives is a risky technique because it can make the audience uneasy, but in these films it reveals an activist intent. When the protagonist shifts from human to animal, it allows viewers to see them as equals.

The relationship between humans and animals is always changing, but we seem to be in a period of particularly rapid transition at the moment. The rise of internet activism, especially the release of undercover video investigations online, has led to increased scrutiny over the use of animals in factory farms and experimentation. It is no surprise that these discussions have found their way into our films (even Cinderella is an anti-hunting advocate now), both onscreen and off.  For years, the American Humane Association’s end-credits disclaimer was enough to keep most animal lovers assuaged that the furry onscreen talent went unharmed, but as the animal welfare movement has grown in the U.S. over the last decade, their future use in entertainment has become unclear.

Most of the change so far has been limited to the use of exotic animals. The producers of “Apes” cited welfare concerns as their motivation for not using any real chimpanzees in the film, and Darren Aronofsky made a similar statement concerning the use of CGI and motion capture animals in “Noah.” He told PETA last year, “[I]t would be very questionable to start taking sentient creatures and sticking them on a set... It's kind of against the actual themes of the film." Aronofsky’s thinking was influenced by the suffering he saw chimpanzees endure on the set of “The Fountain”, but he also noted the creative possibilities of using CGI. “[It was} undoubtedly a more truthful, realistic film…because we were able to create our own animal kingdom.”

Others disagree. When I asked Mundruczó about the use of CGI to replace animals, he demurred, “In my eyes, it is really fake. In the CGI, there is human imagination in it. Not the animal. I’m not brave enough to think I know what is inside of an animal’s soul. Only an animal can show that.”  At present, he may be right; the technology is not yet there to replace the use of all animals in film. It worked in “Apes” because the characters—at least Caesar—were supposed to be missing links between ape and human, and it was acceptable in “Noah” because moviegoers surely recognized the practical concerns with putting real tigers and crocodiles on the same set. At the same time, it strains credulity to claim that a film could seamlessly replace, say, a real horse with CGI or motion capture, and that viewers would be none the wiser. 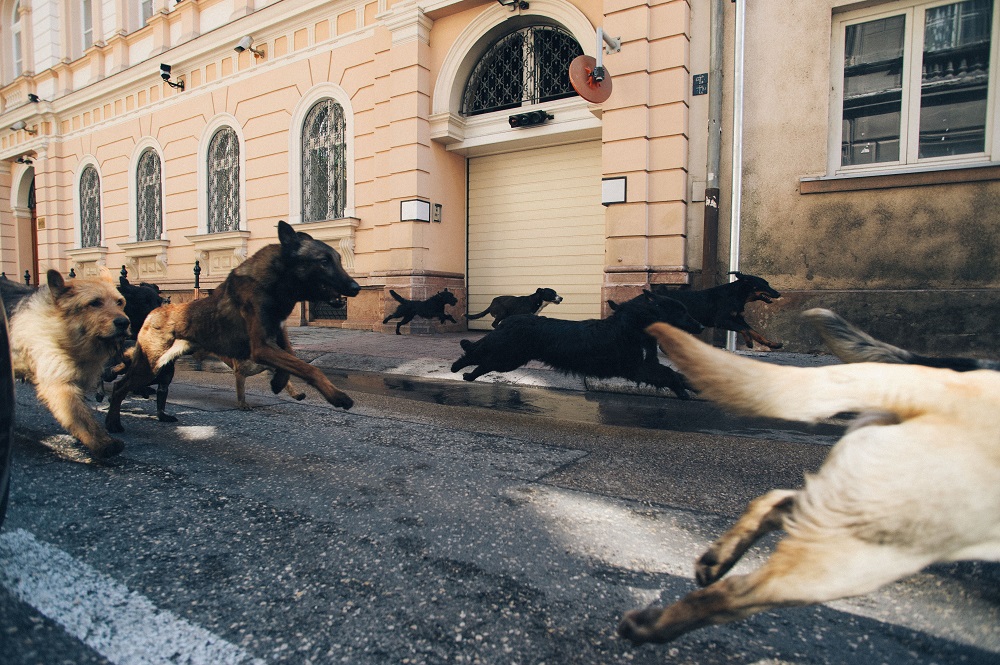 For the most part, these questions are not asked about domesticated animals like dogs and cats. While exotic animals are often trained using cruelty as negative reinforcement (circus elephants, for example, are trained with a bullhook), dogs can obviously be trained in humane ways. There are certainly exceptions (what I heard about “The Adventures of Milo and Otis” haunts me to this day), but only the most hardcore animal rights activists would oppose a well-regulated use of domesticated animals in film. Even PETA is not so concerned about it. Lisa Lange, PETA’s senior vice-president of communications, told me that the animal rights group is “opposed to the use of animals in film period,” but that they focus on the use of exotic animals and only “prefer” that dogs and cats are not used.

But using dogs can still be problematic on case-by-case basis, and “White God”, despite its pro-animal themes, raises some concerns. Lange says the film’s distributors asked PETA to endorse it, but they declined: “We appreciated that they seemed to take some extra steps along the way so the dogs were comfortable and not hurt…but we cannot endorse a film without having visited the set.” Still, she was skeptical the dogs did not suffer at all. She had problems with the “catchpull” scene (when dogs were lifted into a van by the neck), and a sequence after the dog fight when the dead dog is dragged from the ring. “I don’t think you can train a dog being comfortable being dragged across anything.” Lange also objected to what she perceived as a villainous depiction of a shelter owner.

Admittedly, PETA represents just one end of the spectrum. Their primary concern is for the animals, and the quality of the film itself is not on their radar. But every one of us weighs these factors differently. Any discussion about the use of animals in film is unique to each individual’s values. How important is film to us? Do we value a film as an artistic entity over the welfare of its participants? If not, how do we proceed with the information we are given about what transpired on set? These questions come up from time to time with human actors. Watching “Blue is the Warmest Color,” for example, became a challenging moral experience following the claim by actors Lea Seydoux and Adele Exarchopoulos that they felt manipulated by director Abdellatif Kechiche while shooting the film’s explicit sex scenes. The complicated gender and power structures of that situation deserved serious scrutiny, but at least the actors were humans with free will. Because animals used in films have no choice in the matter and they cannot tell us when they are suffering, their welfare should be diligently guarded.

Unfortunately, that is not always the case. A 2013 expose in The Hollywood Reporter created widespread doubt about the integrity of the American Humane Association, which oversees animal use on film and television sets and is response for the “No animals were harmed” disclaimer. The article revealed that “in multiple cases…the AHA has not lived up to its professed role as stalwart defenders of animals—who, unlike their human counterparts, didn’t themselves sign up for such work.” The most famous examples are the horses who died on the set of HBO’s “Luck” (execs canceled the show in the controversy’s wake), and the numerous animals used in “The Hobbit” who died in an off-set holding facility, but there are many others. All of the cases cited in the story were from films that had AHA representatives on set.

If we cannot trust the AHA to do its job, the onus then falls on the viewers to find their own moral compass. “White God” remains perhaps the most difficult test case because the filmmakers claim to have been so thoughtful about the animals’ welfare, while the cruelty depicted onscreen appears so real. It would be unfair to assume the worst, especially since the filmmakers seem to have tried their best, but in this era when our feelings about the use of animals in film are changing more rapidly than our ability to regulate it, it may be best to err on the side of caution.