One of this awards season's hottest foreign films is Dominik Graf's "Beloved Sisters," a film that we've covered at the New York and Chicago Film Festivals and will open in New York on December 24th before expanding wider in 2015. Music Box Films released a new poster for the film and we thought we'd share. You'll find the film's synopsis below, followed by the newest art for the film.

Told by Mr. Graf with thoroughly modern sensibility, BELOVED SISTERS unfolds as the German Enlightenment flourishes in Weimar. Vibrant Caroline von Beulwitz (Hannah Herszsprung) finds herself in an unhappy marriage to provide for her mother and shy younger sister Charlotte von Lengefeld (Henriette Confurius). When both sisters fall for penniless rising poet Friedrich Schiller, their desire ignites a journey of shared passion and creativity.  Charlotte and Schiller marry so that the lovers may pursue their ménage à trois under the guise of convention, but as Caroline  becomes a talented author in her own right, the trio's fragile equilibrium is threatened and the sisters’ once unbreakable connection is irrevocably changed.  In this sweeping yet intimate drama, acclaimed director Dominik Graf (A Map of the Heart), who was honored with his first extensive retrospective at the 2013 Rotterdam Film Festival, illuminates the lives of two bold young women and one of classical literature’s most celebrated figures with charm and contemporary energy. 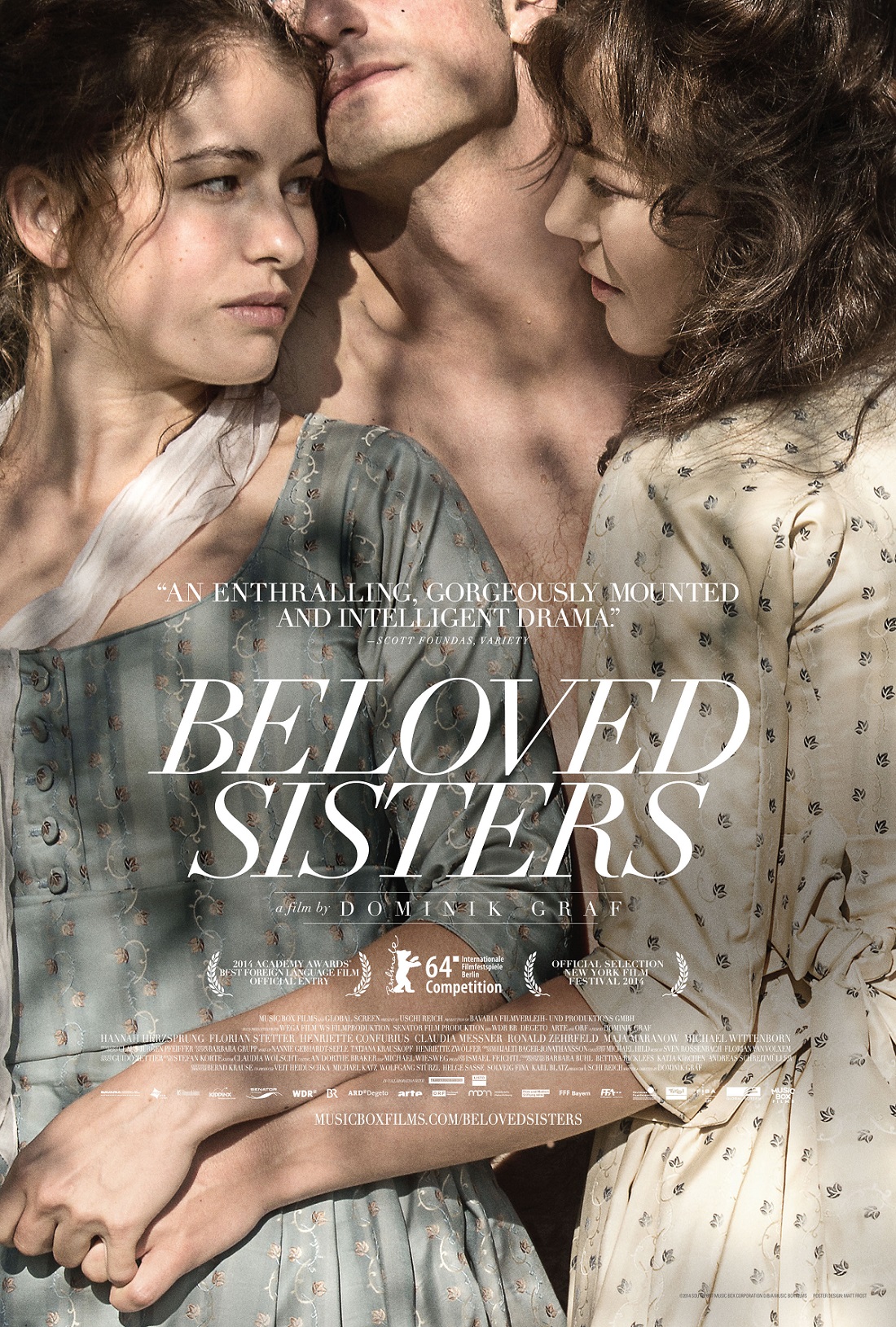