Since its inception, the film industry has attracted all sorts of colorful types—hucksters willing to churn out the sleaziest junk imaginable in order to make a quick buck, idealists with a desire to make great art regardless of the cost, glory grabbers who crave the spotlight and all the adulation that comes with it and gamblers possessing the will to risk it all and the nerve to do it all over again if that big bet fails to pay off. However, few have embodied all of those traits as boldly as Menachem (sometimes Menahem) Golan, who died earlier today at the age of 85. Throughout a long career that saw him working as a producer, director and eventually the head of his own studio, he brought together art, commerce and sheer chutzpah in such a way that if one even dared to make up such a character in a fictional work, such a creation would be dunned as being simply too good to be true.

Born in Tiberias, Palestine (now Israel) on May 31, 1929, Golan served in the Israeli Air Force, and, after leaving the service, attended the Old Vic Theatre School in England before returning home to Israel to work as a theatrical producer. His first brush with the world of film came in 1963 when he was hired to work as an assistant to B-movie legend Roger Corman on "The Young Racers." Duly inspired, he shifted towards the cinema and teamed up with his cousin, Yoram Globus, to make his first feature film "El Dorado" (1963), which he also directed. The partnership with Globus—Golan handled the creative aspects while Globus stuck to the financial areas—was fruitful and the next year, another one of their productions, "Sailah," was nominated for an Oscar for Best Foreign Language Film and won the Golden Globe in the same category. While their films were successful at home over the next decade or so, they yearned to break into the international market. 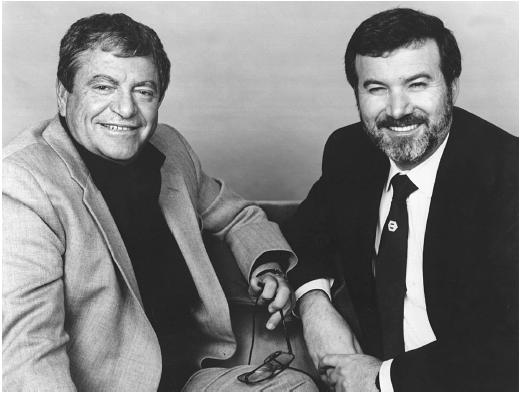 That moment finally came in 1979 when, fueled by such hits as the Oscar-nominated "Operation Thunderbolt" (1977), a recreation of the raid on Entebbe that occurred the previous year, and the teen comedy "Lemon Popsicle" (1978), Golan & Globus purchased the ailing British distribution company The Cannon Group and began to aggressively court the international markets. Their early efforts, such as "The Happy Hooker Goes Hollywood" (1980) and the now-infamous futuristic musical "The Apple" (1980), did not go over well but they soon began to hit a hot streak with such low-budget exploitation films as "Death Wish 2" (1982), "The Last American Virgin" (1982), "Hercules" (1983), "Breakin" (1984), the now-legendary "Breakin 2: Electric Boogaloo" (1984) and the Chuck Norris epic "Missing in Action." Fueled by the home video boom of the early 1980's—a time when the insatiable need for product helped institute a boom in production amongst smaller distributors who could sell their wares for quick and easy profits—they were able to amp up their slate of releases to the point where they produced no less than 35 films in 1987 alone.

If Golan had done nothing but produce exploitation films, he would have earned his place in the cinematic pantheon in the eyes of many film fans, but what made him truly unique was the way that he was equally determined to produce and distribute films that would play in arthouses as well as grindhouses. At the same time that he was grinding out one film after another with Charles Bronson or Chuck Norris, he was producing films for John Cassavetes ("Love Streams"), Andrei Konchalovsky ("Maria's Lovers" and "Runaway Train"), Robert Altman ("Fool For Love") and Franco Zeffirelli ("Otello"). In 1987 alone, he released Kochalovsky's family drama "Shy People," Barbet Schroeder's exuberant Charles Bukowski saga "Barfly," Norman Mailer's outrageous adaptation of his own pulp fiction pastiche "Tough Guys Don't Dance" and, most bizarrely of all, a film version of Shakespeare's "King Lear," which was to have been written by Mailer (therin lies a long story) but which was directed by Jean-Luc Godard and which featured a cast including the likes of
Advertisement
Burgess Meredith, Molly Ringwald, Julie Delpy and, in the role of the Fool, none other than Woody Allen. To make even one of these films would require an extraordinary amount of bravery, ambition and cojones but to do them all was something to behold. Granted, the worlds of art and exploitation had crossed in the past—schlockmeister Kroger Babb released a couple of sexy early Ingmar Bergman films on the drive-in circuit and Roger Corman distributed films like "Cries and Whispers" and "Day For Night"—but the difference here was that Cannon sold a film like "Otello" with the same kind of zeal and hype that they would also bring to the likes of "Death Wish 3". 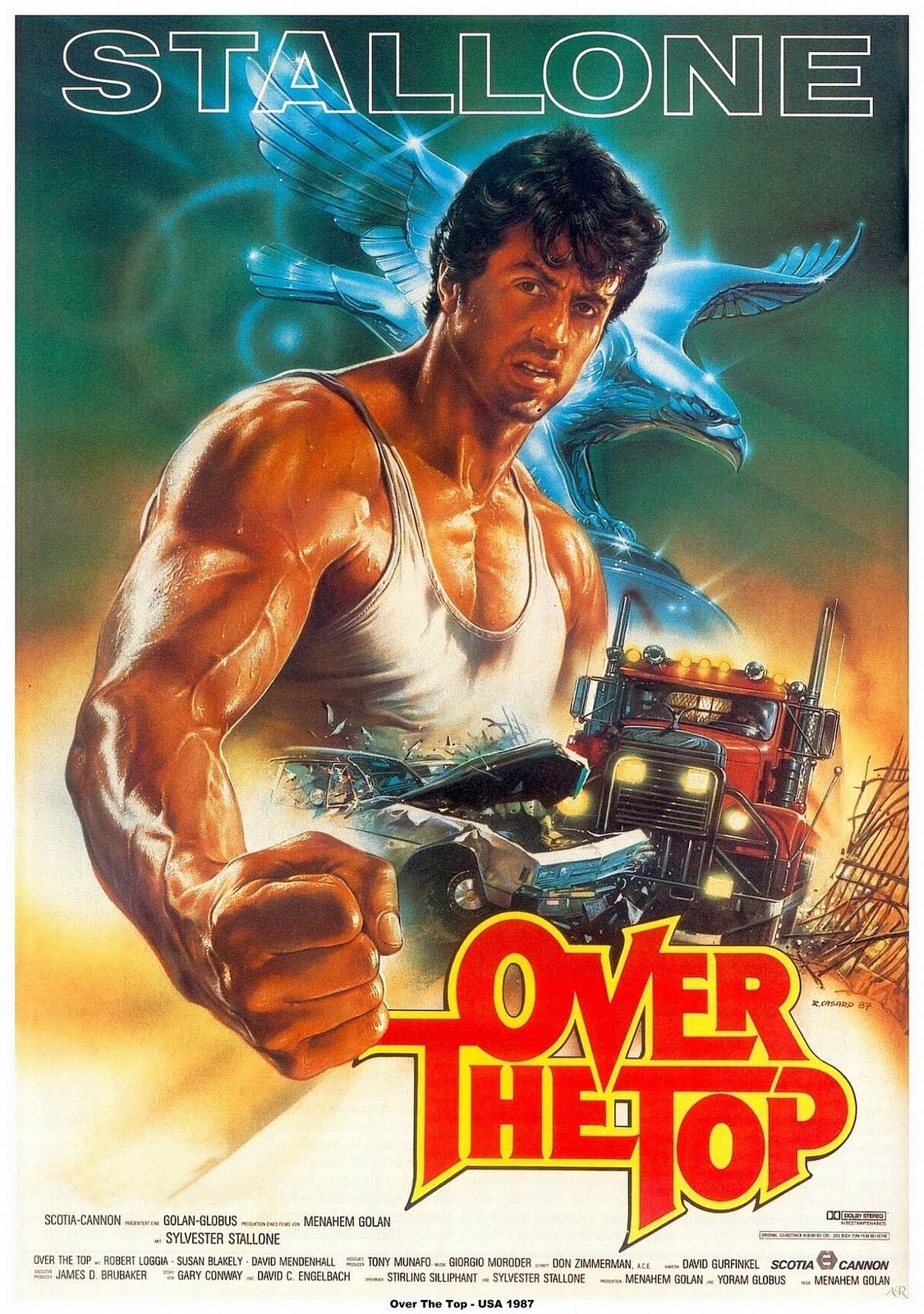 It is at this point that the story turns, though in true Golan fashion, it turns in spectacular fashion. While Cannon had a number of successful films, they never had the kind of massive blockbuster that would have made up for any number of lesser-performing films. In the mid-1980s, he and Globus decided to step up into the big leagues by making more expensive films, purchasing their own theatre chain in England and, most infamously, paying Sylvester Stallone a then-astronomical $12 million to star in "Over the Top," an arm-wrestling melodrama that Golan personally directed. The trouble is that these more expensive films—including Tobe Hooper's delirious naked space vampire extravaganza "Lifeforce" (1985), a fairly unnecessary remake of "Invaders from Mars" (1986) and the aforementioned "Over the Top"—were stiffs at the box office. And when Cannon tried to save money by cutting corners elsewhere, such as by slashing the effects budgets on films like "Superman IV: The Quest for Peace" and "Masters of the Universe" (both 1987), the results were hooted off the screen. At the same time, the lower-budget films weren't making much of an impact either and the home video market was beginning to dry up as well due to over-saturation. By 1989, the jig was up, Cannon went into bankruptcy, Golan & Globus had a very acrimonious split and Golan left to form 21st Century Pictures.

Over the next couple of decades, Golan would continue to produce and occasionally direct films (the most intriguing-sounding of the bunch being an adaptation of "Crime and Punishment" with Vanessa Redgrave and Crispin Glover that was never released), some in conjunction with Globus, with whom he would occasionally reunite, and would find himself a part of one of the weirdest stories in exploitation film history. Soon after forming 21st Century Pictures, the lambada craze hit (ask your parents) and Golan figured that a quickie movie inspired by the dance might be as much of a success as the "Breakin" films. Alas, Globus had the same thought and was quick enough on the draw to secure the use of the title "Lambada" for his project. Not to be outdone, Golan snagged the rights to the actual "Lambada" song and, as insane as it sounds, two competing Lambada-related films were rushed into production in a desperate race to be first. The punchline is that the race proved to be a tie as both Golan's "The Forbidden Dance" and Globus' "Lambada" opened on the exact same day (March 16, 1990) and essentially cancelled each other out. 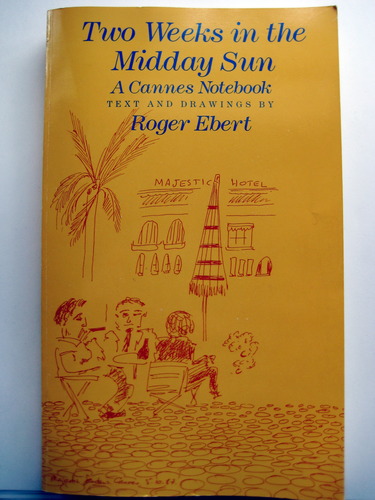 That is a great Golan story but it is hardly the only one. There is the tale that at the premiere of "The Apple," copies of the soundtrack album were distributed to the audience, who later began flinging them like frisbees at the screen. There is the story of how Barbet Schroeder threatened to cut off his finger right in front of Golan if he did not fund "Barfly." There is the madness that surrounded the production of "King Lear," a film that continues to baffle even Godard's most ardent fans. However, the best Golan story is the one captured by Roger Ebert in "Two Weeks in the Midday Sun: A Cannes Notebook," his wonderfully observed portrait of the clash of culture and commercialism that was the Cannes Film Festival circa 1987. This was the year when Golan, who craved the respectability that comes with international recognition, had several films in competition that year and his unashamed desire to win, as recounted by Ebert, made him one of the most colorful characters in a narrative full of them.

Although Menachem Golan may have never quite achieved the respectability that he desired during his years as a filmmaker, the passing years have been kinder to the man and his cinematic legacy. As a producer of serious-minded films for adult audiences at a time when such things were becoming increasingly scarce, he was practically without peer and while they may not have been hits at the time, films like "Love Streams," "Barfly" and yes, even "Tough Guys Don't Dance" have become cult favorites. As for his junkier efforts, they may not be masterpieces by any stretch of the imagination but some of them—especially the surprisingly strong "The Delta Force" (1986)—are fairly effective, and even the worst have glimmers of personality, which is more than can be said about most of today's big-budget trash. Hell, he even once made a live-action version of "Puss n Boots" (1988) with none other than Christopher Walken in the title role (and yes, you want to see it right now). To confirm the shadow that he continues to throw over the world of film, consider that this year the release of not one, but two documentaries chronicling his career and the history of Cannon, "Electric Boogaloo: The Wild, Untold Story of Cannon Films" and "The Go-Go Boys: The Inside Story of Cannon Films." In most cases, two films on the subject might seem like overkill, as the dueling Lambada films proved. With a life and career as fascinating as Golan's, two films hardly feels adequate.