Thanks to its relatively wide distribution, the Criterion Collection has defined the arthouse canon in the U.S. for a generation. However, there have been some holes in the collection's usually sterling taste. It's stuck almost entirely to films from North America, Europe and Japan. The few exceptions have been filmmakers like India's Satyajit Ray and Iran's Abbas Kiarostami, who are generally considered (especially in the U.S.) their country's best. According to an acquaintance who works for the company, the lackluster state of film preservation in the developing world (and even otherwise prosperous parts of East Asia) has a lot to do with this state of affairs. Still, it's hard to imagine an Eclipse set devoted to Bollywood films, even in less than pristine shape, selling less than obscure documentarians like Jean-Pierre Gorin and Allan King.

Martin Scorsese founded the World Cinema Foundation in 2007 in order to help preserve and restore (in collaboration with the Cineteca di Bologna) films made outside the West. However, at least in the U.S, it hasn't done much to gain them exposure. Apart from a week-long run for Edward Yang's "A Brighter Summer Day' at New York's Film Society of Lincoln Center, American runs for its films have been limited to one-off engagements at film festivals and rep houses, and until now, none of them have been available on Region 1 DVD or Blu-Ray. Rumors of a World Cinema Foundation/Criterion pact have been swirling for the past few years, and fortunately, they're true. "Martin Scorsese's World Cinema Project" contains six films restored by the foundation, on DVD or Blu-Ray, with a plethora of bonus features like video introductions by Scorsese and contemporary filmmakers from the countries where the films originated. 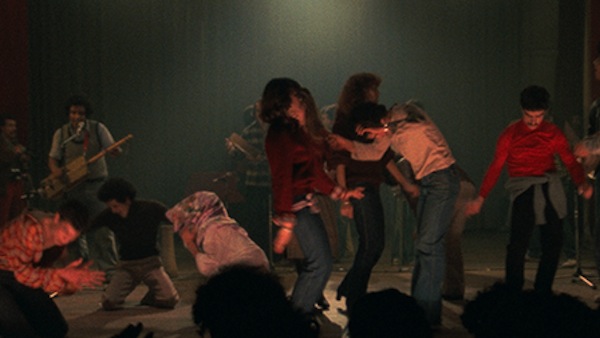 Moroccan director Ahmed El Maanouni's "Trances" (1981) starts off in a large concert hall, as excited youth wait for musicians to perform. "Trances" is centered around folk group Nass El Ghiwane, who combine poetic, politically conscious lyrics with a thunderous beat. (Two of its four members play percussion instruments.) It could have been satisfying if the entire film were a concert, but "Trances" proves to be quite digressive. El Maanouni gets intimate access to the band, including informal performances, lessons in Arabic scales and group discussions about getting ripped off by music industry pirates. Rather than being a concert film, a cinéma vérité documentary or a series of talking-heads interviews, "Trances" combines elements of all three. Throughout, it edits the music in a manner that lives up to the film's title—its closing few minutes cut between different Nass El Ghiwane songs. One interview subject describes Nass El Ghiwane as a theater troupe that happens to perform music, but their approach to music appeals to a rock'n'roll sensibility—Peter Gabriel's "Passion" was obviously influenced by them—without compromising their traditional Moroccan roots.

Senegalese director Djibril Diop Mambety's "Touki Bouki" (1973) is one of the most confident debut films ever made. While very much a product of its time and place, it shows how the freedoms inspired by the French New Wave could be taken in much different directions around the world. It depicts a young Senegalese couple's dreams of escaping to France. Mory (Magaye Niang) and Anta (Marene Niang) meet in Dakar, both feeling alienated with their country. Mory rips off a wealthy gay man and plans to use the proceeds to buy tickets on a boat to Paris. The narrative may not be particularly daring, but Mambety's direction is. The film's editing suggests a familiarity with the '60s American avant-garde, as well as early Godard. Josephine Baker's ode to Paris is used repeatedly on the soundtrack, to ironic effect. "Touki Bouki" has a frantic quality all its own, and if it was influenced by American and French cinema, its mystical streak and implicit nationalism are wholly African. It promised great things, but Mambety couldn't sustain a career as a filmmaker. He only went on to make three more films, two of them shorts. 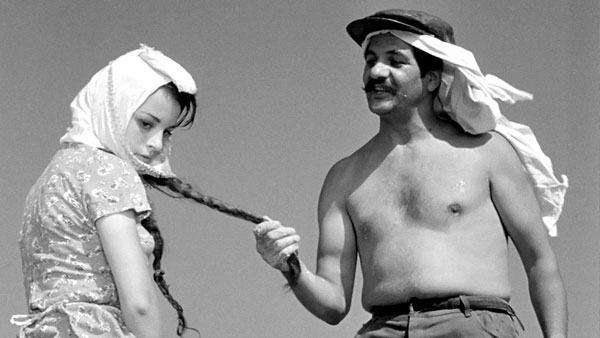 Turkish director Metin Erksan's "Dry Summer" (1964) draws on Italian neo-realism in its depiction of an intensely violent love triangle in a rural village. In particular, it seems inspired by Luchino Visconti's combinations of naturalist settings and outrageous melodrama. The lush black-and-white cinematography vividly captures the florid atmosphere, worthy of Tennessee Williams. Osman (Erol Tas) controls his town's water supply with a dam, leading to a great deal of conflict with his neighbors. When he commits murder, he gets his brother Hasan (Ulvi Dagan) to take the fall and moves in on Hasan's wife Bahar (Hülya Koçyigit). Osman is literally a mustache-twirling villain, and there's something primal about his battles with his family and neighbors. Erksan found creative ways to express this conflict, including extreme close-ups and a disorienting upside-down 360-degree pan. If "Dry Summer" looks back to Visconti's "Ossessione" and "La Terra Trema," its hints of ecological concerns show signs of the future.

South Korean director Kim Ki-Young's "The Housemaid" (1960) escapes easy classification. It's too bleak to qualify as a comedy, even an extremely dark one, yet its over-the-top tone and absurdism don't comfortably fit any other genre. It seems to combine the influences of Buñuel, Hitchcock and Sirk (Kim does for staircases what Sirk did for mirrors) into one deadly cocktail. Music teacher Mr. Kim (Kim Jin-kyu) brings one of his students home to work as a maid, but she proves more devoted to him than her duties. She becomes pregnant, but aborts the fetus by deliberately falling down a flight of stairs. At heart, Kim's film is a story of the battle between the sexes, in a world where women can only get power by tying themselves to a man. In an odd way, "The Housemaid" is a precursor to "Fatal Attraction" (as well as tonier '60s films like Joseph Losey's "The Servant" and Pier Paolo Pasolini's "Teorema"), but it's a great deal more sympathetic to women's plights. 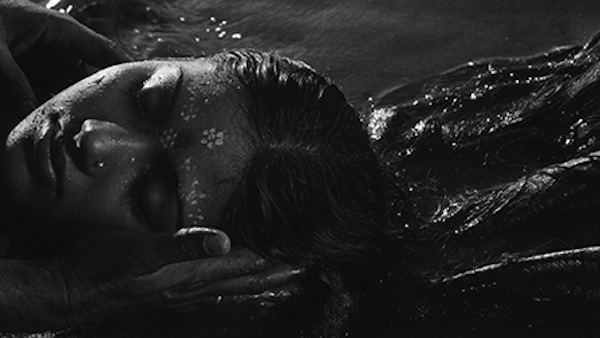 A sprawling 156 minutes, the Indian/Bangladeshi co-production "A River Called Titas" (1973), directed by Ritwik Ghatak, also evokes Visconti, both in its devotion to the lives of working-class people and its epic scope. Its first half concentrates on Basanti (Rosi Smad), a widow whose husband drowns almost immediately after their marriage, while its second half focuses on an orphan boy whom she helps. Yet the concentration isn't as much on a single character as on the fishing village where they live and the sense of community (granted, often oppressive) they share. The Titas river is both a source of their livelihood, as many of the male villagers fish there, and danger, since the possibility of drowning in it is always possible. Ghatak was preoccupied by the division of the Indian province of Bengal, and "A River Called Titas" takes place before its partition, although it was made just after Bangladesh declared independence. His directorial technique draws on neo-realism, but it has a larger-than-life quality as well: the film seems to end with a series of hallucinations. The narrative isn't always easy to follow, but that seems deliberate - getting lost in the story is part of the film's project. Even so, the excess and length are sometimes wearying, and the film is the weakest of the set.

Short, sharp and to the point, Fred Zinnemann and Emilio Gomez Muriel's hour-long "Redes" (1936) made in Mexico, is a strikingly original vision of worker revolt. A young fisherman's son dies because he can't afford the medicine to save him. The fishermen are getting cheated out of most of the profits from their work, so he organizes a rebellion. Although "Redes" isn't a documentary, it feels like one. It's also notable for its sparing use of dialogue; the film goes for long stretches without talk, although it uses music prominently. An Austrian expat, Zinnemann hadn't yet landed in Hollywood, where he would become an auteurist bête noir for films like "High Noon" and "From Here To Eternity," which won him Oscars and applause from more conventional critics. His work here seems to draw on Soviet silent cinema and Robert Flaherty, but Zinnemann and Gomez's vision is their own. Their view of increasing radicalization among working-class men was actually commissioned by the Mexican government of 1936; as strange as it now seems, "Redes"' vision of rebellion was funded by the state.