The recent box office disappointment of Steven Spielberg's "The BFG," a quiet story with a female protagonist, suggests that audiences have an expectation for the director: big, loud, splashy adventures (and he’s made some terrific ones). But to dismiss films like “The BFG” is to overlook some of Spielberg’s best, most personal work. With “The BFG,” rather than rest on his laurels and turn out a serviceable children’s film, Spielberg made an absolutely enchanting film about friendship and the dreams that sustain us—showing a keen awareness that sometimes the greatest adventures are the passing moments of connection between two people. 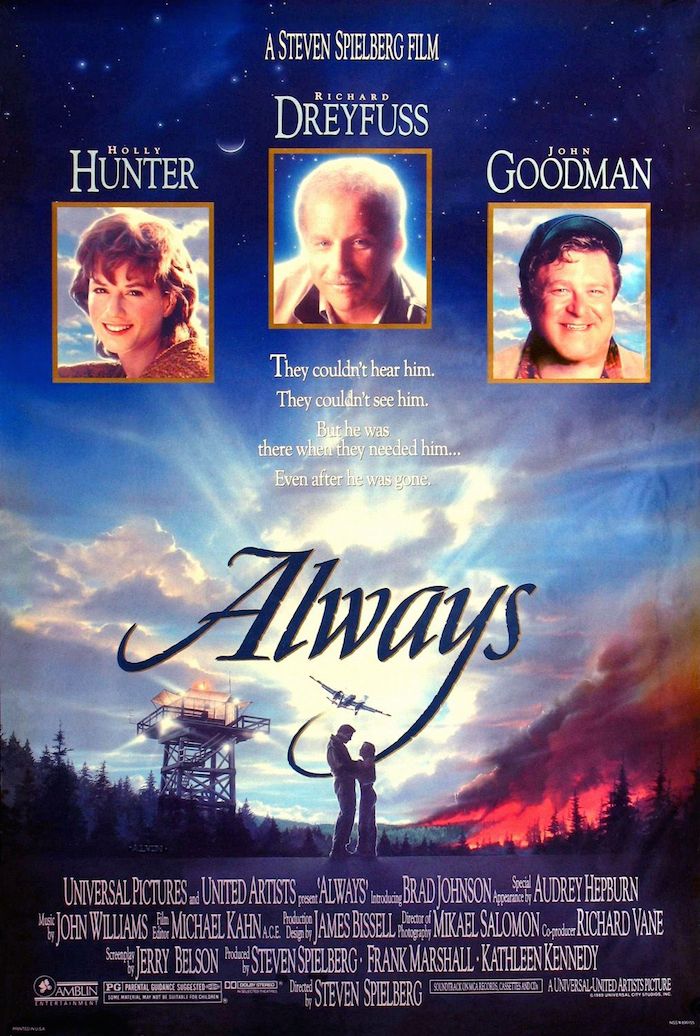 “The BFG’s” fate recalls another quiet Spielberg story with a female protagonist that didn’t do well at the box office, 1989’s “Always." Coming after the historical epic “Empire of the Sun” and rollicking sequel “Indiana Jones and the Last Crusade,” it was met with the chilly reception of “too sappy” and “too girly,” and in the years since it’s barely earned more than scorn that the architect of “Jaws” and “Jurassic Park” made a chick flick. Which is unfortunate to say the least, because it’s a beautiful, sensitive film about grief and work, centered on one of Spielberg’s few female leads.

“Always” is a remake of the 1943 Victor Fleming film “A Guy Named Joe” and it owes a great deal to Howard Hawks’ “Only Angels Have Wings” as well. The Hawksian influence is unusual for Spielberg, leaving his adoration of John Ford to the side to focus on the jockeying friendships of men and the fierce women who thrive under pressure. Set at a remote airfield where aerial firefighters live and work fighting forest fires, the film takes time for jokes in the canteen and teasing over the radio from the field tower to the pilots. Richard Dreyfuss plays Pete, a pilot who loves pushing his luck, his bravery and foolishness barely distinguishable from each other. Holly Hunter's Dorinda is in love with him, as much for the limits he pushes as anything else.

One night, his luck runs out and he’s killed in a fire. He’s greeted in the afterlife by Hap, a supernatural character played by Audrey Hepburn in her last film role. Forgoing special effects bonanzas of glowing clouds and glittering harps, she’s standing in the soft green of the first growth after a devastating forest fire. Tying the film to the Hawksian idea of "we are the work we do," she trims his hair as she explains his new circumstances. In the way that time ceases to matter beyond our existence, an instant for him has been six months for Dorinda, and she has been unable to find a way forward from losing him. A new pilot played by Brad Johnson is falling for her, but she’s too wrapped up in memories to see that. She can’t laugh at Johnson’s bad celebrity impressions without feeling guilty until she flies again. 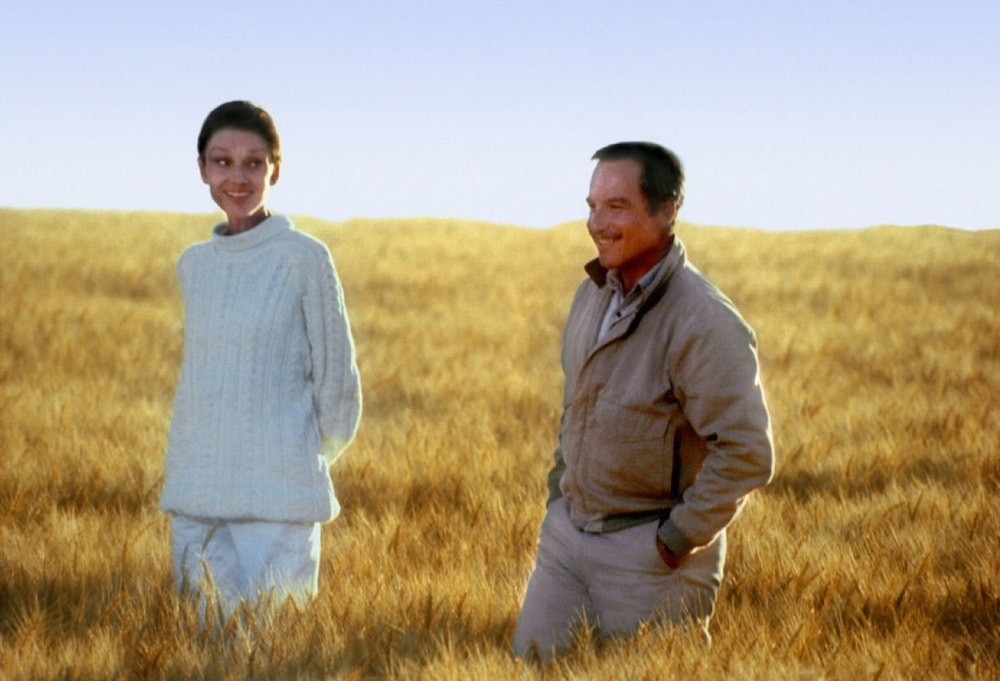 “Always” is in keeping with how the best films about the afterlife are about this life. The details that remain: the feeling of soap and coarse towels on hands washed, memories of dancing with someone in a white dress. For those left behind, it’s about how ghosts linger in objects and other people—the white dress in the closet is an ambush that Dorinda can’t bear to look at anymore—and the pain of how life refuses to stand still. Green saplings push through the ashes of ruined hills. People are hired to replace others who are gone, and have to deal with the hostility of not being the hero still talked about in awed whispers over pool tables.

Spielberg's film is also about Dreyfuss’ character realizing he has to move on, too. That he’s in the memories of the people he loved, and that his job now is to learn what lies in the forests of the undiscovered country. The performances are uniformly excellent, with wonderful character turns from John Goodman and Keith David. And in a very Hawksian touch, characters are often referred to by nicknames like “Powerhouse” and “Nails." Going back to John Ford, there’s much of his late work (like “Donovan’s Reef”) reflected in “Always”: a willingness to sit back, stretch out in the sun and just watch people be themselves around each other, and build a little community in the wilderness. Spielberg is in awe of the wide vistas of burning forests just as much as he is in the look on Pete’s face when he sees Dorinda dressed up for the first time.

Unabashedly old-fashioned and romantic, the film is a difficult sell to many audiences now openly hostile to having a reaction to art that they didn’t agree to in advance. But if you can appreciate its gentle pleasures, “Always” is a humane, modest story about towering concepts like death and mourning. And yet it shimmers with life in Mikael Salomon’s photography and in John Williams’ score, keeping the images of flight with looping strings and solitary brass lines like the weight of an engine in thin air. It’s the rare director that could have one of their “minor” films be a good deal better than many directors' best work, but Spielberg is proving a figure for whom it’s easy to forget just how good he can be. Or more accurately, the protean potential of the genres he works with.