It's been fifty years since shots rang out in Dealey Plaza and international fascination with one of the most important events of the last century has driven more than a half-dozen networks to produce original programming about the assassination of John F. Kennedy. PBS, CBS, The History Channel, The Discovery Channel, Nat Geo, and more all hope to find space in the history buff's DVR this November, offering a variety of approaches to what is essentially the same subject. Some networks take the factual angle through documentary while others hired actors to play some of the most iconic political figures in history. Of course, it wouldn't be JFK without a few conspiracy theories. While few offer anything entirely new for a story that's been researched and reported more than any other of its era, two programs stand out on either end of the critical spectrum: One is a cautionary tale about trying to cram too much history into one film while the other shows the importance of honing in on an interesting subject.

The marathon of JFK programming starts with Nat Geo, who launch the non-fiction "JFK: The Final Hours" on 11/8 and follow it up two days later with what will surely be the most high profile Camelot-based program, "Killing Kennedy," starring Rob Lowe & Ginnifer Goodwin as John and Jackie and Will Rothhaar as Lee Harvey Oswald. Based on the book by Bill O'Reilly and Martin Dugard, "Killing Kennedy" attempts to track both JFK and Oswald in the years leading up to the assassination. Kennedy's election to the Presidency, the Cuban Missile Crisis, JFK's philandering, the death of their baby – it's a "Greatest Hits" of the most well-known Presidency in history. And by trying to cram so much narrative into less than 90 minutes, "Killing Kennedy" comes off incredibly thin, the Cliff Notes version of a notable life in the White House. 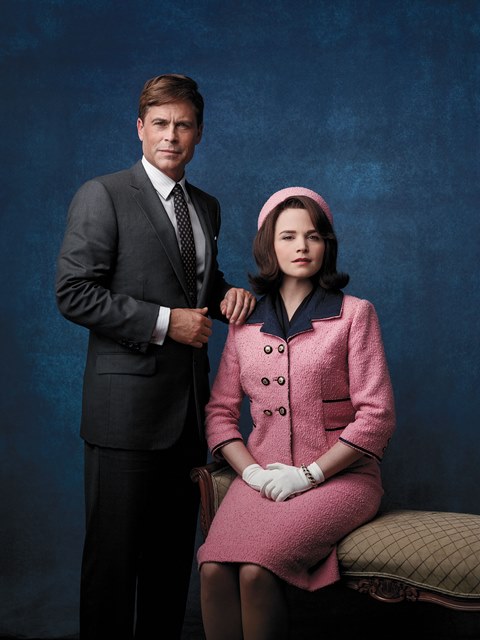 While it doesn't have nearly the same mythology with which to play, the Oswald material of "Killing Kennedy" at least feels like a story that hasn't been so over-told. The film portrays Oswald as a man spiraling out of control long before the assassination, and could educate those who still see him as the wishy-washy patsy often thrown into conspiracy theories. Even though it could have used another rewrite, if the producers had stuck with the Oswald material, the film could have at least found some of the focus it lacks by trying to do it all on both sides of the story. As for performance, Lowe actually uses his square-jawed charisma well but poor Goodwin is asked too often to play the melodrama (Jackie worried, Jackie angry, Jackie grieving, etc.) Rothhaar is more intriguing but he can't overcome weak dialogue and awkward set-ups, such as when Oswald holds fake press conferences in his mind to explain his motivations. In the end, there's nothing new here and the familiar is presented in such a shallow manner that it will only push viewers to do more research on their own. 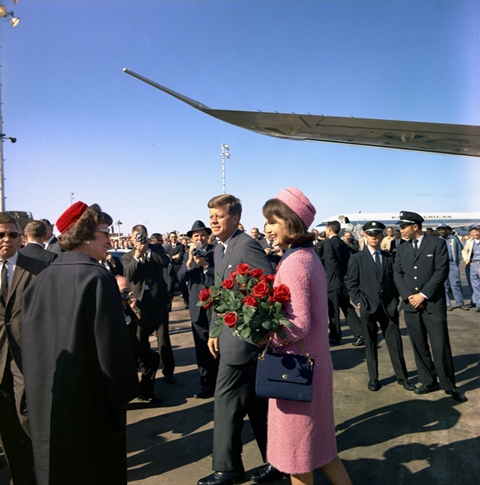 Thankfully, PBS can fill in a few gaps left by "Killing Kennedy" shortly thereafter. The network delivers the best non-fiction material of the month on 11/13 in "Secrets of the Dead: JFK: One PM Central Time," which remains thoroughly engaging by focusing on one aspect of the assassination through interviews with the key players involved, shedding light on a dynamic of that day that people may not have considered. The angle here is the media approach to what happened in Dallas, as George Clooney narrates a history lesson that centers mostly on Walter Cronkite and how what he did that awful day still influences what we expect from major news stories. 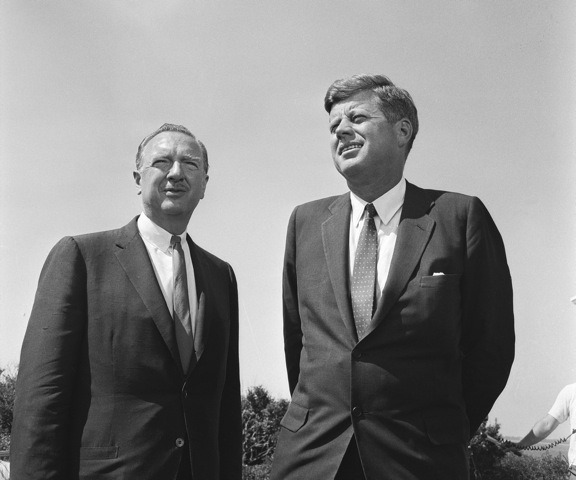 There's a solid introduction to Cronkite's background, a bit of JFK history, and then an emphasis on the minute-by-minute story that led from bullets being fired to the country's most-trusted newsman telling them that their leader was dead. And it's a story told by major players, including Dan Rather (who was there), Bill Clinton, Brian Williams, and many more news industry luminaries. Little details, like the fact that it took 20 minutes just to get a live camera fired up in those days or the first words shouted over the phone from the press car itself ("3 shots were fired at the motorcade!") blend together with a true understanding of the overall picture of how news and history merged. It's the only must-see in the November Kennedy programming (although the other PBS offering, "American Experience: JFK: Part One," airing 11/11, has a professional quality the other nets lack as well and they also plan to air "NOVA: Cold Case JFK" on 11/13, but that wasn't available for preview).

The Smithsonian Channel has their own angle on the event with two programs on 11/17 – "The Day Kennedy Died" and "Kennedy's Suicide Bomber." The first interviews a number of subjects barely removed from the major players like the guy who drove Oswald to work that day and saw the rifle in the backseat (which Lee Harvey told him was a curtain rod). Kevin Spacey narrates and the program is well-assembled but suffers by ultimately offering little new to the conversation. "Suicide Bomber" has a more intriguing subject in that it tells the less-reported story of a man who tried to assassinate JFK in 1960 with a car full of explosives. The problem is that the presentation is handled with all the class of a tabloid magazine. It's nearly laughable in its exaggerated narrative, such as lines like "What Pavlick had in mind would turn this playground of the rich & famous into a graveyard!" 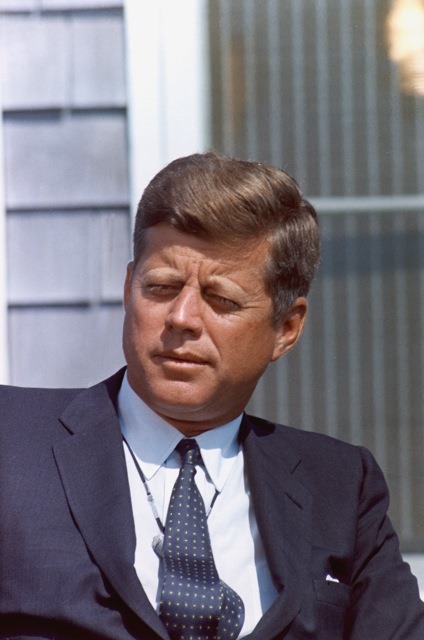 Finally, the History Channel goes where so many love to go when it comes to JFK – down the rabbit hole of ridiculous conspiracy theories. Airing on 11/22, the actual anniversary, "JFK Assassination: The Definitive Guide" gives a remarkable amount of time to the fringe theories and beliefs that Oswald wasn't a lone gunmen. The documentary is presented with a survey structure, spitting out facts about what people think about the JFK assassination (ex. 71% of people surveyed don't think Oswald acted alone) and then trying to give weight to those theories. It's cluttered and approaches "Room 237" territory by even presenting those who believe that JFK was killed to keep the existence of alien life secret or on orders from the Vatican. "Lee Harvey Oswald: 48 Hours to Live," also airing that night, has more historical validity but is ground covered more professionally by "The Day Kennedy Died".

Watching all the JFK specials this month does capture one truth – there's too much story here for one program. Conspiracy theories, media reaction, Oswald's past, and, of course, the actual death of a husband and father – if one takes the best of each viewing choice, they might get close to a complete picture and further understanding of why we continue to remain fascinated with the events of 11/22/63.