There are 194 credits on Karen Black’s IMDb page, and her first credit reads, “Betty—Painted Woman” in a 1959 film called The Prime Time. The synopsis says: “A bored young girl looking for excitement gets involved with nude modeling, drugs and a rock band.” Black was born Karen Blanche Ziegler in 1939 in suburban Chicago (her mother wrote popular children’s books), so she would have been twenty years old in her film debut. I haven’t seen The Prime Time, and it doesn’t look like Black played this bored young girl herself, but she was not the heroine type of that time, and she was probably more comfortable then as an extra on the edge. She would need to wait until the late 1960s before she began her run of outstanding films, a run that went all through the 1970s. If that period in American film was storied and liberated and golden, it might be said that Black was the “what the hell?” emblem of the American New Wave, its most extreme, improvisational player, its most unusual, unaccountable, unstable presence.

Through most of the 1960s, Black worked in the freewheeling Off-Broadway scene in New York, and that’s worth remembering if we’re trying to come to grips with her gritty malleability, her willingness to try things most actresses wouldn’t have ever been asked to do, her hammy outrageousness. She was just a girlfriend in Francis Ford Coppola’s You’re a Big Boy Now (1966), but already she was signaling to the camera in that movie that she was up for more challenging things. 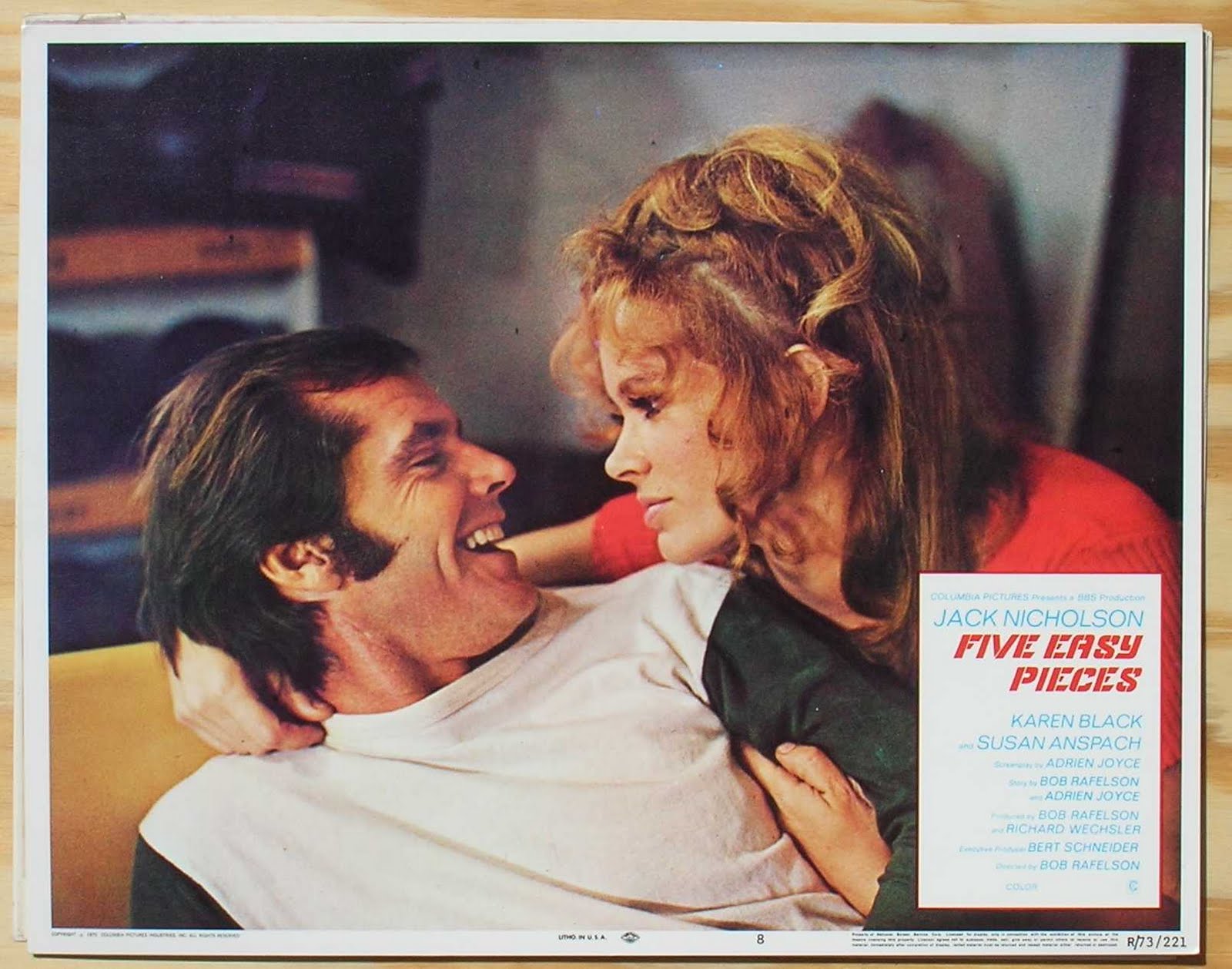 Black played one of the hookers in the era-defining Easy Rider (1969), and then she gave her first major performance as Rayette Dipesto in Five Easy Pieces (1970). Rayette is another girlfriend part, but far more three-dimensional than was usual then or now. Bobby Dupea (Jack Nicholson), a self-loathing former musician, feels he is punishing himself with a series of blue-collar jobs and with Rayette, his limited but sweet steady girl. Black’s performance is hair-raising here because she makes Rayette so simultaneously lovable and obnoxious, cherishable for the right man but so very kickable and masochistic for the wrong one, and Bobby Dupea is patently the wrong man for her. Black never makes Rayette either less or more than she is; this girl is just a fact of her milieu, a millstone around Bobby’s neck, a child who he must betray eventually. Director Bob Rafelson had told Black he thought she was too smart to play Rayette. Black reassured him: “Well, when you say action, I’ll just stop thinking.” 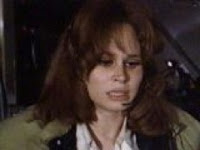 Black worked with Nicholson again on his directorial debut, Drive, He Said (1971), and she was up for the sexual nightmare of Portnoy’s Complaint (1972) even if the film itself was not. She was a touching Myrtle Wilson in Jack Clayton’s sweaty adaptation of The Great Gatsby (1974) and in the camp classic Airport 1975 (1974), Black serves us Lana Turner-like self-serious camp by playing her role completely straight. She was cast as a stewardess named Nancy who has to somehow land the star-laden plane herself. When she viewed the rushes, Black was disconcerted. “I saw (Charlton) Heston go, ‘Fly, Nancy, fly.’ He didn’t seem worried,” Black said. “There wasn’t a single passenger who was concerned. So I said ‘Okay, Karen, you’re going to have to be terribly concerned because you’re the only one who cares.’” The way Black decided to intensely believe in what she was doing here is wonderfully funny; she is an actress refusing to shirk her duty even if that duty makes her look ridiculous. She had a cast in her left eye, but this never hindered Black on screen. That wandering (not lazy!) eye only added to her defiant prettiness, the off-kilter intensity of her face effectively contrasting her high, gentle voice, which could get glass-shatteringly shrill when she got upset.
Advertisement

Most Baby Boomers remember Black for her horror anthology TV film Trilogy of Terror (1975), where she rips into several roles but is most memorably beset in one episode by a Zuni fetish doll that chases her from room to room. Again, as in Airport 1975, Black goes so all-out with such a ridiculous situation that the result is campy, funny, and genuinely scary all at once. People remembering the original airing always laugh about it, but you can tell that they were also seriously creeped out by the idea of this vicious little killer doll stabbing all around Black’s legs.

Black came to grief on the set of John Schlesinger’s The Day of the Locust (1975), a large, coarse adaptation of Nathanael West’s anti-Hollywood novel. “I wish I hadn’t done it,” she said later in life. “It’s hard to take gossip when you’re not used to it, and I wasn’t.” The seven-month shoot was an ordeal for her, and the film does not do her or West or anyone else justice. But in the same year, Black got to be one of the country singers in Robert Altman’s masterpiece Nashville (1975), and Altman’s camera was sensitively attuned to her every soft-grained mood and gesture. 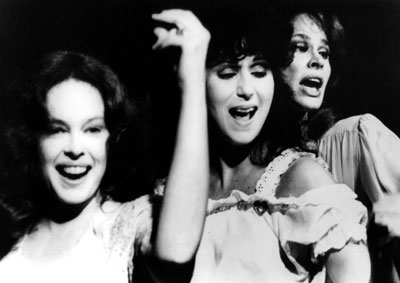 Black enjoyed herself in Alfred Hitchcock’s last film Family Plot (1976) and weathered a horror movie with the difficult likes of Oliver Reed and Bette Davis called Burnt Offerings (1976). A few years later, Black reached the height of her career and her talent in two films where she made enormous strides forward as an actress. In Altman’s Come Back to the Five and Dime, Jimmy Dean, Jimmy Dean (1982), Black plays Joanne, a transsexual who has come back to her hometown to deliver a secret to the fearsomely neurotic Mona (
Advertisement
Sandy Dennis). While Dennis is giving one of the greatest of all film performances in this picture, Black is right with her, letting her hair down, getting drunk, allowing us to see the fragility and the strength of this woman in equal measure. There are moments in Jimmy Dean where Dennis and Black reach the same level of intensity of the actresses in mid-period Ingmar Bergman films, and that’s a level of intensity and revelation seldom seen in American movies.

At this point, Black’s friend Henry Jaglom offered her a vehicle and a kind of valentine, Can She Bake a Cherry Pie? (1983), a charming movie that showed the light colors in Black’s palette. After that, unfortunately, her career was filled with credits but very much touch-and-go. Her films of the last thirty years were the kinds of things you’d catch on late night cable or in the back of dusty video stores, with lurid titles and even more lurid plots swirling around Black’s indefatigable “Why not?” presence. Her only real respite was a double-header opposite a very different indie goddess, Tilda Swinton, in Conceiving Ada (1997) and Tecknolust (2002), where she was billed as “Dirty Dick.”

Black made her own opportunities off screen, often traveling with a one-woman show where she would play all the characters she wanted to play: singers, old women, men, animals. Everything and everyone was fair game when it came to her ravenous appetite for pretending. When she was diagnosed with cancer, Black fought back fiercely, using all of her savings and traveling for new treatments and never giving up because she loved life so much, and because she loved to act so much. A true original, Black wanted to play with us in her own private dramatic funhouse, and she wanted all the attention in the world, and for a brief, crazy period all the attention in the world was hers, and she relished her spotlight as vividly and amusingly and disturbingly as anyone on screen ever has.