How Netflix Could Drive the Next Creative Evolution of Television

The most culturally important TV story of 2013 centers around a service that a large percentage of its users don't even utilize on their television: Netflix. As more and more viewers have turned to streaming services and DVRed programs, the traditional view of how people get their home entertainment has changed. Netflix, recognizing this new opportunity to not just be a content recycler but to also become a content provider, increased their original programming output in aggressive ways in 2013, starting with David Fincher's "House of Cards," a program that became the first streaming show to land an Emmy nomination for Best Series, an accomplishment that will truly make network executives cry later this month if it actually wins a trophy or two. 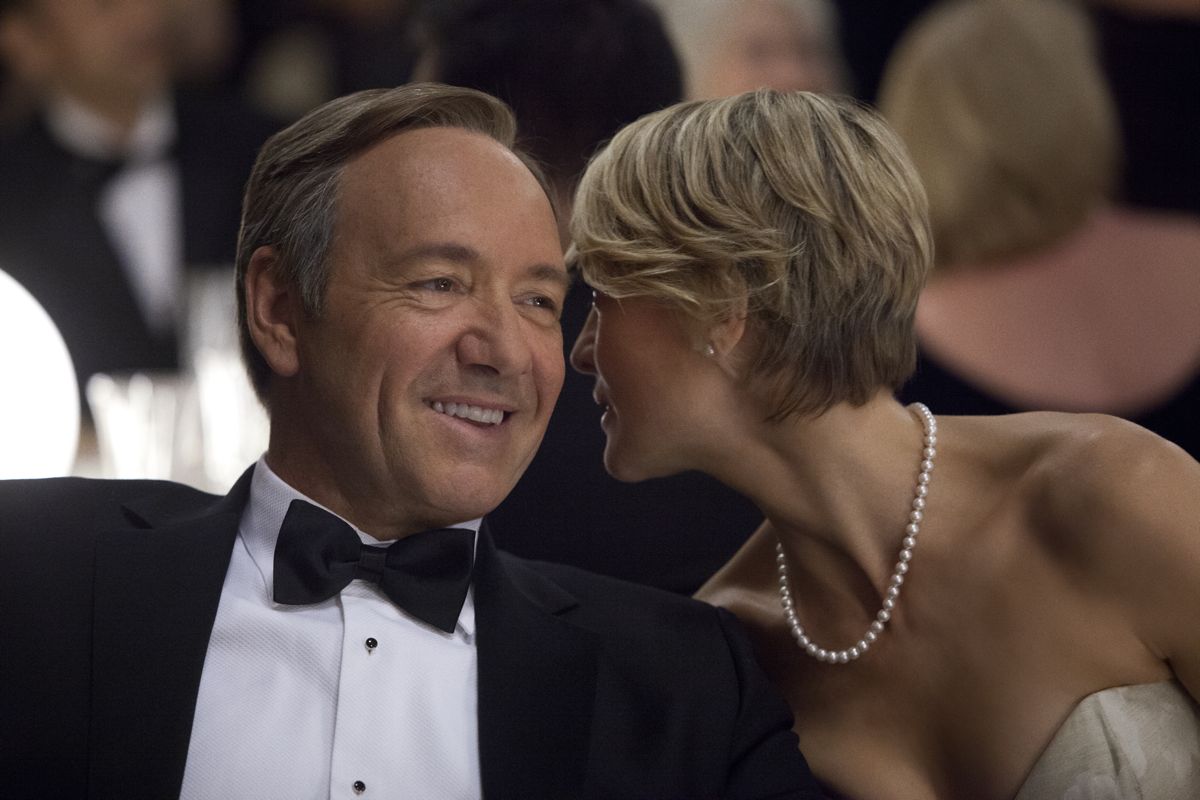 This week's attack on traditional television sees the stateside debut of "Derek," a surprisingly sentimental comedy written, directed, and starring Ricky Gervais. In it, Gervais plays the title character, a possibly autistic man who works at an elderly care facility. Filmed mockumentary style à la "The Office" (a mistake here as the camera crew makes even less sense than in Gervais' breakthrough), "Derek" tries to capture the good people who deal with red tape and doomed social lives just to take care of parents left alone by their own children. The result is a hit-and-miss product creatively. It's great to see Gervais playing with form, which fits well with where Netflix is going, but there's an oddly maudlin tone at times, especially when piano keys tinkle over elderly people playing with cute dogs. Is this parody? It's sometimes broad enough to be so, and yet I'd be lying if I didn't admit that the heartstring-tugging sometimes hits its target and Gervais still has spectacular comic timing. 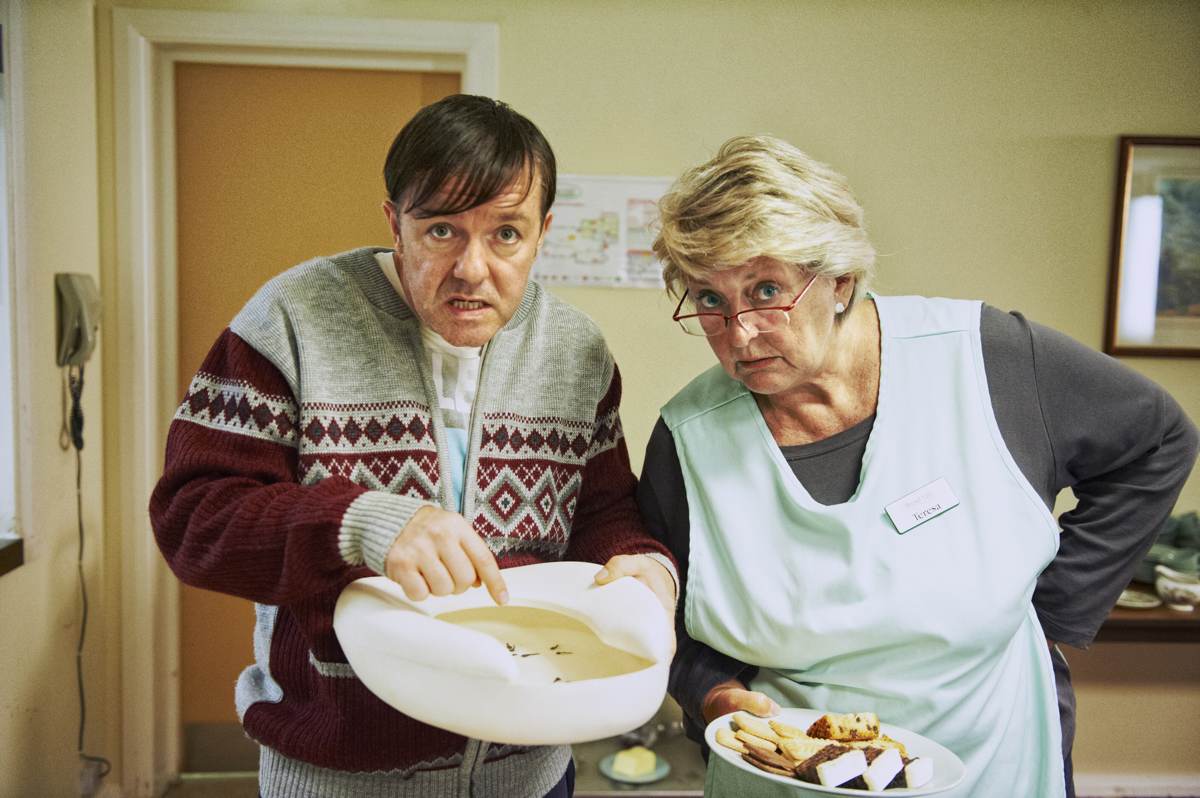 Taken alone, the seven episodes of "Derek" that will all be available by the end of this week could feel like just another option in the Netflix catalog, but it's also a stepping stone to something greater. How can Netflix not just copy what the networks and cable channels have done before but also advance the form? The answer very well could be: by breaking apart the two-party system that has continued to dominate even this arguable golden age of television.

There's a reason that there are only two weekly series categories at the Emmys every year—Outstanding Dramatic Series and Outstanding Comedy Series. For decades, almost every TV show has been forced to be categorized as either one or the other. Granted, there has been enough crossover between the two that the term "dramedy" has become overused by most critics, but even critical darlings like "The Sopranos" and "30 Rock" have been easily identifiable as either a drama or a comedy. Where are the programs that truly challenge genre expectations or defy categorization altogether? Where's the "Upstream Color" of television? Where's the auteur like David Lynch willing to explode audience expectations a quarter-century after "Twin Peaks"? With its complete lack of allegiance to advertisers and the potential variety of programming that a service offering films as diverse as "Piranha" and "Titanic" could provide, Netflix could and should be the creative force to finally give TV viewers more options than simply drama or comedy.

Of course, it's not a complete two-party system. TV has its Libertarians. There have been creative voices, especially lately in the growing world of cable, who were willing to challenge viewer expectations of comedy and drama standards. Louis C.K.'s work on the hit FX series that bears his name may seem to be pure comedy, but what's so great about "Louie" is its complete lack of manipulation or desperation. Louis C.K. does not care if you laugh. He's going to do whatever interests him and it led to some relatively laugh-free episodes of "Louie" that were mini-masterpieces. The great Bryan Fuller has tweaked genre norms several times with shows like "Pushing Daisies" and "Hannibal." And while it's clearly a drama, Ray McKinnon's "Rectify," with its unique rhythms, more closely resembles an independent film when compared to the mainstream product of most television networks.

Netflix certainly feels like they're building their creative potential in 2013 show by show. "House of Cards" was a strong program, but it would have fit snugly on Showtime or HBO. It certainly didn't give Netflix a personality of its own. And "Arrested Development" played with the format of binge viewing in unique (and underrated) ways but, ultimately, it was a network transplant. 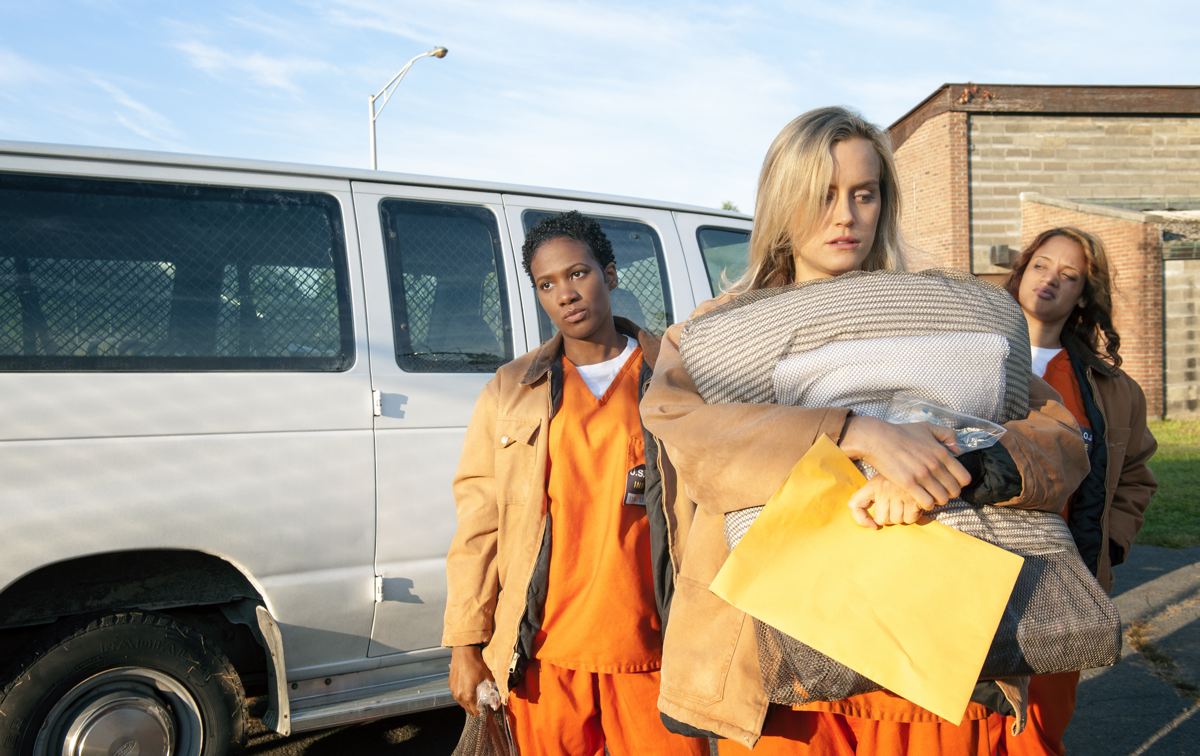 The first show in the Netflix lineage to truly take risks and see the potential rewards, offering a glimpse of where Netflix could go, was Jenji Kohan's "Orange is the New Black." Not only does the show smoothly cross the yellow line separating comedy and drama but it features strong, well-written female characters, many of them played by minorities, and, as sad a reflection on the white male state of television as that may be, it's a near miracle in today's entertainment world. Shows driven by smart female characters, shows that break genre, shows that feature minorities, shows that don't feel like they're mere transplants from FX or AMC—shows like these could (and probably should) be the new creative brand of Netflix's original programming. These seem like such natural next steps for the company that it would be a travesty if they don't take them soon.

So where does "Derek" fit into the picture? It's a transitional step, for sure, but this British import does feature what Netflix needs to do to fulfill their potential—give a creative voice absolute, total freedom. Go to people like Louis C.K., David Lynch, or, and this is essential, more people like Jenji Kohan, who are willing to write strong, female, minority characters, and say, "You can have ten streaming hours. Do whatever you want."

Some of the resulting programs would almost certainly be misfires, but, at the very least, they'd probably misfire in fascinating ways and the network still wouldn't be victim to the standard expectations of their competitors. When a show like J.J. Abrams' "Alcatraz" hits the bottom of the ratings, it looks bad for Fox. If a bizarre, twisted, horror show, for example, misfired on Netflix, who would know? All the creative people in the industry would know is that Netflix took a risk. When HBO took a chance with David Chase and FX took one with Louis C.K., more people wanted to work with those networks. We don't see individual show ratings for Netflix, which gives them a remarkable amount of creative freedom and displaying that kind of freedom will only draw more talent.

Perhaps they'll find the next "Twin Peaks," the next "Louie," or, best of all, the next show that doesn't even have an obvious inspiration. Netflix has always been about encouraging user freedom - watch on your laptop, watch on your TV, watch on your phone on the train, watch however you want. Now Netflix is occupying a powerful position in the history of TV where the service can encourage creative freedom as well while also giving a greater voice in the medium to women and minorities. Let's hope they don't miss the opportunity.