Helicopter crashes in our house!

I gave my grandson Taylor a remote-controlled helicopter for Christmas. Recalling the pathetic battery-controlled toy cars of my youth, I was impressed by this sleek and impressive little machine.

It really flies. It climbed to the top of a three-story atrium. The "pilot" uses something like a game console to control its flight. It goes up, down and sideways with impressive accuracy. To save the weight of batteries, it has a tiny engine you can charge.

Here he is demonstrating the clever little machine. All went splendidly until the final moments of the flight--when something, perhaps caused by terrorists on board--caused it to make a sudden dive for that portion of the male anotomy one least desires to be the target of a helicopter attack.

Taylor suspects the crash may have been caused by pilot error. Click on my photos to enlarge. 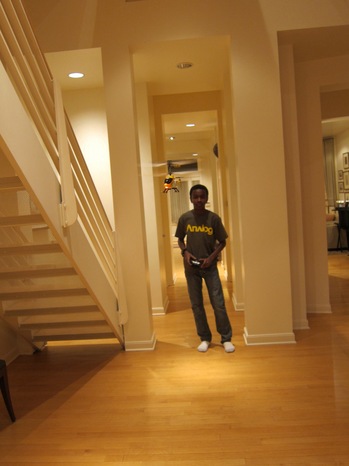 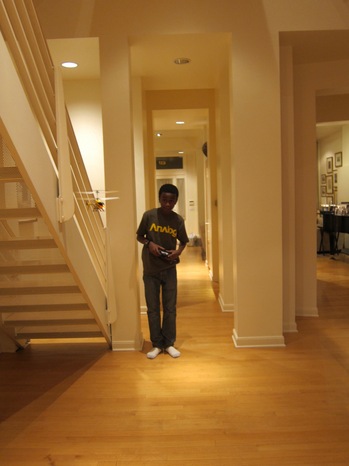 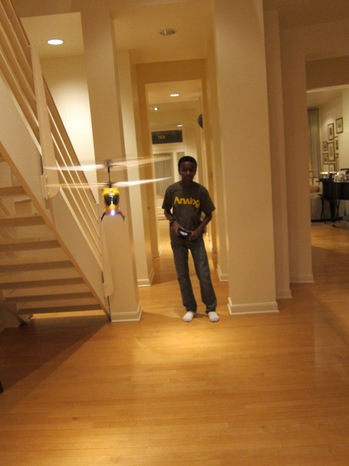 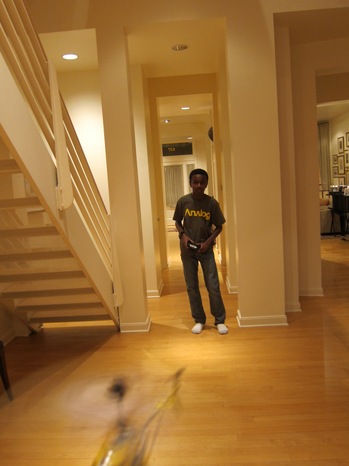