Able-Bodied Actors and Disability Drag: Why Disabled Roles are Only for Disabled Performers

Able-bodied actors should not play disabled characters. That they so often do should be a scandal. But it is not a scandal because we do not grant people with disabilities the same right to self-representation onscreen that we demand for members of other groups who struggle for social equality.

Consider "Glee", a TV show unmistakably self-satisfied with its inclusiveness. Its makers would never have considered having Rachel, the female lead, played by a man in drag. They would not have considered having Mercedes, the most prominent black character, played by a white actress in blackface. But when they cast Artie, the main disabled character, they chose an able-bodied actor and had him sit in a wheelchair and ape the appearance of a disabled person. 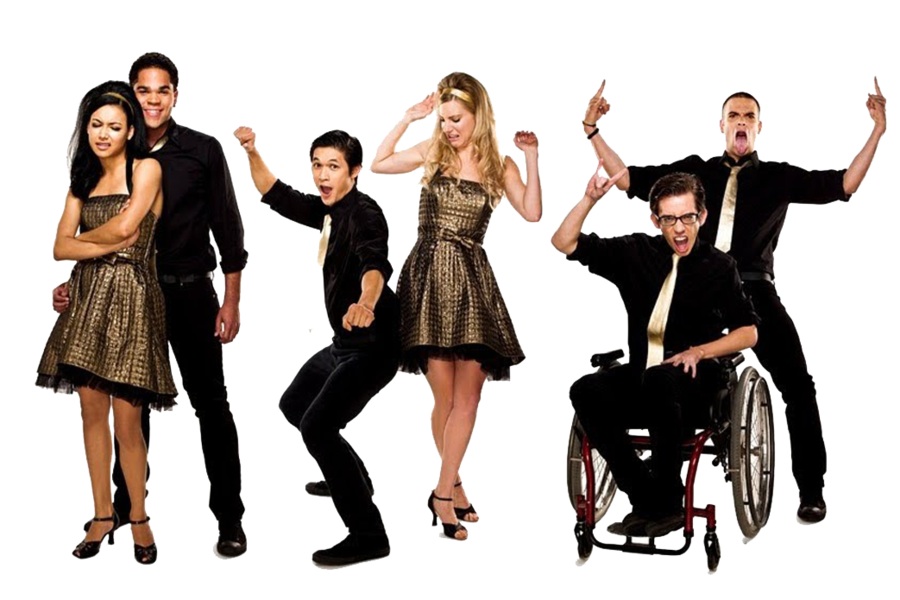 These comparisons with blackface and drag may seem inflammatory or outlandish but those of us who make them (such as the actors who protested the casting of the recent "Ironside" remake) do not do so lightly or in order to bring cheap attention to our cause. We do it because the analogy is exact. To argue that it isn't is to argue that disabled people are less equal than others.

Women were once prohibited from performing onstage. The female characters in Shakespeare's plays were, in their first incarnations, played by boys doing their best impressions of women—and continued to be until society deemed this offensive, self-defeating and absurd.

Black and Asian characters were once often played by white actors. In "Tea House of the August Moon", Marlon Brando plays a Japanese man, with his eyes pulled tight across his face and his skin colored yellow. Laurence Olivier was nominated for an Oscar for playing Othello in blackface. And Alec Guinness painted himself brown to play Prince Faisal in "Lawrence of Arabia".

Those actors observed black people and Asian people, and they tried to walk like them and talk like them. They used make-up and prosthetics to imitate their physical characteristics, and took roles that would have been better played by black or Asian actors, two groups for which opportunities were already disproportionately limited. Today, just the idea of this is distasteful to us.

Just as non-white roles were once prized by white actors looking to show off their range, disabled roles are similarly prized by able-bodied actors today. A hundred articles and a thousand jokes have been written about how pretending to be disabled is a shortcut to an Oscar. For Hollywood stars, imitating disabled people in an effort to make able-bodied audiences think "Wow! I really believed he was one of them!" is a route to legitimacy as a serious actor.

The able-bodied narrative on this topic focuses on how "convincing" the performances of able-bodied actors are when they play disabled characters. To many in the disabled community, whether an able-bodied actor is convincing to other able-bodied people when playing a disabled person is immaterial. The ugly spectacle of it is fundamentally offensive. 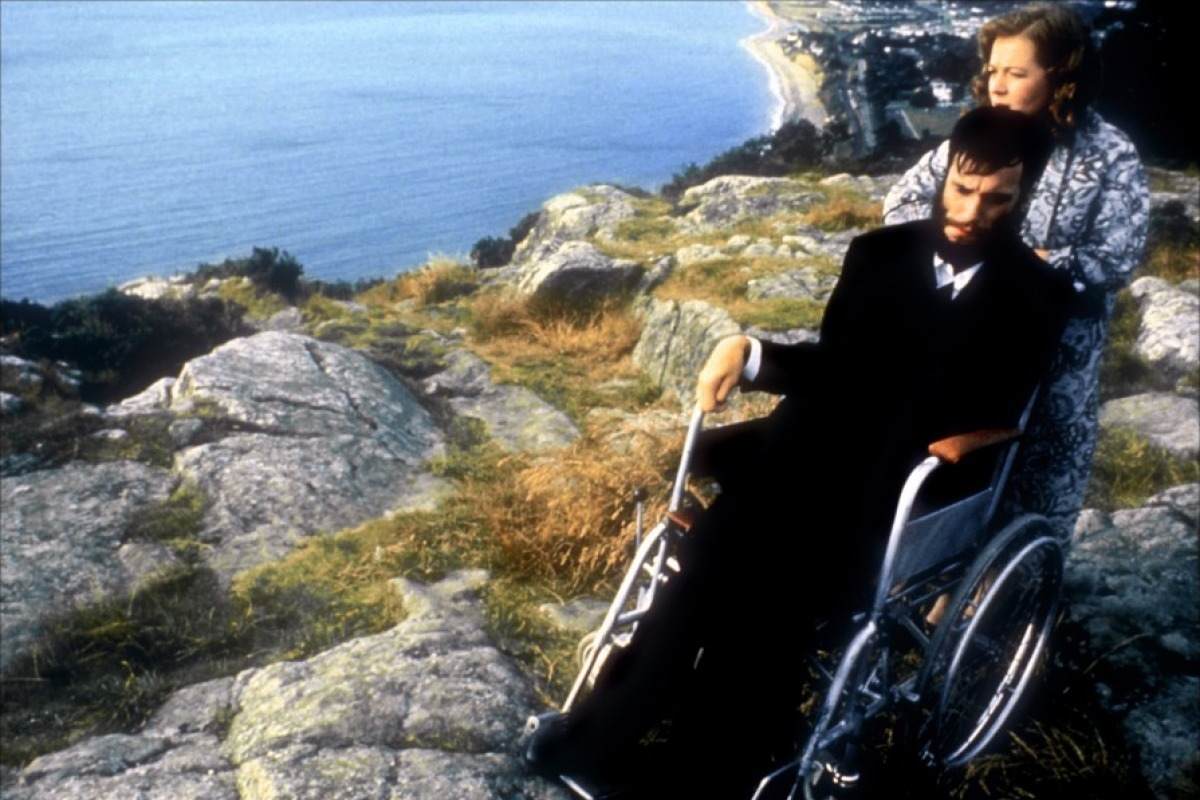 When I see an able-bodied actor, even one as superb Daniel Day-Lewis, playing a great figure in the struggle for disability rights, such as Christy Brown in "My Left Foot", I feel the same way many black people would feel watching Day-Lewis play Malcolm X.

It wouldn't matter how great an actor Day-Lewis was, how expertly his black make-up was applied or how much he behaved like a white audience's idea of a black man. That he was onscreen in that role (and preventing a black actor from playing it) would provoke outrage. No-one would even begin to discuss whether he was "convincing".

The portrayals of disabled people that are considered the best, those that win Oscars for able-bodied actors, are often described as being "sympathetic" to disabled people. This supposes both that sympathy is what disabled people are seeking from the able-bodied and that it is the best we can hope to get from a filmed depiction of our lives. We do not want sympathy. We want equality.

The idea of able-bodied actors giving performances that are "sympathetic" to disabled people also implies that the disabled community is not able to speak for itself, through our own actors, but must instead send out able-bodied envoys to speak to the world on our behalf via the cinema screen. There was perhaps a time when this was true, when using able-bodied actors in disability drag was the only way to get disabled characters onscreen. But that time was decades ago. 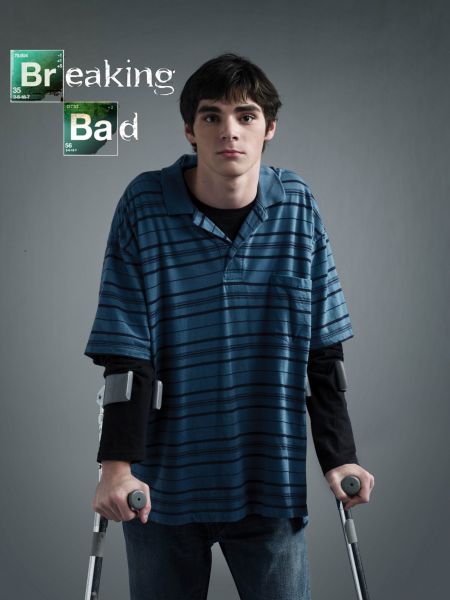 Now there are many disabled stars. RJ Mitte has cerebral palsy and brilliantly played Walter White Jr., a character with the same condition, on "Breaking Bad".
Advertisement
Marlee Matlin's abilities are so prodigious she is the youngest person to win an Academy Award for best performance in a leading role, despite the disadvantages of being deaf and the roadblocks the film industry erects in the career paths of those with disabilities. Peter Dinklage won an Emmy and a Golden Globe for his work on "Game of Thrones" and stands out among its cast not because of his restricted growth but because of his expansive talent. There are many fine disabled actors. And there would be many more if young disabled people grew up feeling they had a fair chance to work in film.

The insurmountable irony of the focus on whether able-bodied actors are "convincing" in disabled roles is that, if we were truly concerned with convincing performances, no able-bodied actor would ever have been cast as a disabled character. When a hearing actress is cast to play a deaf woman, the majority of her performance is devoted to asking herself a stream of questions about deaf life in an effort to pass as a deaf person. When Marlee Matlin is cast as a deaf woman, those questions do not need to be asked. No viewer needs to be convinced Marlee Matlin is deaf. Her performance is automatically authentic.

Today, we find the sight of white actors portraying non-white roles in old films shocking. It often makes those movies unwatchably embarrassing. Years from now, films in which able-bodied actors play disabled characters will seem similarly misguided. They will be relics of a less equal age.

Articles are often written protesting, rightly, that there are too few roles in Hollywood for women in certain age ranges or performers from certain ethnic groups. For disabled actors the situation is even worse. Not only are there too few roles for disabled people but also, when those rare roles become available, they are generally taken by people who are not disabled at all. It's like casting the parts played by Meryl Streep not with Streep, or an actress like her, but with Harrison Ford in drag.