The award-winning book Wonderstruck tells two stories in different time periods, one in words, one in pictures. Both are by Brian Selznick, who has written the screenplay for a movie version directed by Todd Haynes and starring Julianne Moore. In an interview with RogerEbert.com, Selznick talked about his last film adaptation, “Hugo,” directed by Martin Scorsese, and “Wonderstruck’s” use of deaf actors to play hearing characters in the silent-era scenes.

It is remarkable that two world-class directors, neither associated with material for or about children, chose your books as film projects.

I am the luckiest person in the world. These two genius directors both found something personal in the books I wrote. Scorsese saw aspects of himself in each of the characters. There's something about Hugo, a lonely sick child. He is a famous director like Georges Melies. He helped re discover a forgotten film director, Michael Powell, who directed “The Red Shoes,” the way Hugo helps rediscover George Melies, and brought him back to prominence. He's a film scholar like Rene Tabard. There's aspects of Scorsese in each of these characters which obviously I never thought about when I was writing the book, but when his name was said to me and I was told he wanted to direct it, and then I saw the movie that he eventually made, I was able to see how personally he took each of these characters.  And when Sandy Powell, the costume designer from “Hugo,” who I became friends with, told me that she thought Todd Haynes should direct the movie of Wonderstruck, I felt that same kind of thrill with the idea that a director who I wouldn't have thought of is the only director who could possibly make this movie.

I never would have thought of him. But then the minute his name came up, I realized he was perfect because of the history of the movies he's made, the types of movies he made. Stories that have interested him. I've been a fan of his since his first movie “Poison.” He's never made a bad movie. I think every one of his movies is smart and moving and beautiful and fascinating. You know I've known him since he was at the vanguard of the new queer cinema in the early 90's His perspective as a queer man and the way he tells stories about outsiders, I knew would be the perfect perspective for telling the story about these three children in “Wonderstruck” who are each outsiders in their own way. And so I knew, that Todd would have that connection with them.

And Todd's a very humane director. He understands people's motivations and emotions as richly as he understands intellectual ideas. He's also a master of genre. So he can make movies that look like they're from any time period like “Far from Heaven” looks like a Douglas Sirk film and so many others have these different aspects. He's made other movies that toggle back and forth between black and white and color. “Poison” does that, “I’m Not There” does that. So structurally there are things that Todd in his career has touched on that made his connection with Wonderstruck make sense.

And so when I met him we, hit it off right away. We immediately became friends and then there was the joy of sitting down with Todd Haynes and talking about my script and listening to his thoughts on how we would film things. Any director will request changes to a script, but none of Todd's requests were major structural changes. He looked for specific small additions. He asked me about adding a small minor character which I thought was really interesting. And there was one scene at the end where he asked me to change the motivation of a character. In the book, the character accidentally revealed some information and Todd asked me what it would be like if that character confessed the information. And it does something really beautiful and rich and painful and I loved it. And so everything that Todd brought to the movie made it richer and more beautiful and filled it out in a way that I feel privileged to have observed and to be part of.

It was Todd's idea to give Julianne Moore two different roles in the story, so she's playing a character both in the 20's and in the 70's. 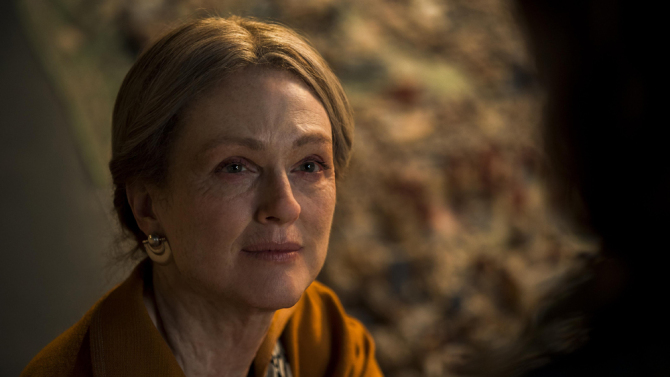 I would not have thought of it as a film because of the way it is structured. It is so intricate, almost a puzzle of a book.

It's designed to be a book. It's designed to be told with words and pictures. I think the key was figuring out how to find a cinematic equivalent of words and pictures in a book. So Wonderstruck is told with one story in words and one story in pictures and then they interact with each other. The picture story is set in 1927 at the end of the silent movie era. So I thought I could tell the story of Rose in 1927 as a black and white silent movie. We would think we're watching it in silence because it's 1927 but it would be revealed that we're watching it like this because we're watching it the way that the main character in that story experiences the world because she's deaf. So we see the world the way she does. We hear the world the way she does.

And then the story of the 70's could be told in color like a 70's film. So my idea was that it would start like “McCabe and Mrs. Miller” by Robert Altman and become “Mean Streets” by Martin Scorsese, except for kids. And that's essentially what Todd did.

In the book, my drawings are meant to be the end all and be all of the story. They are not meant to be a step in the process. But then when a movie gets adapted especially by someone like Martin Scorsese or Todd Haynes who are so visual, they use my drawings the way that someone might use any kind of visual inspiration. So they both used my drawings almost like storyboards, where they both shot scenes directly from what my drawings were doing. And so what I'm what I'm seeing on screen is an echo of my drawing. I can see the composition very clearly. I can see the idea except for “Wonderstruck” it has a set by Martin Friedrich and costumes by Sandy Powell and it's Julianne Moore, the twelve year old deaf actress Millicent Simmonds, directed by Todd Haynes, with Edward Lachman’s camera and Carter Burwell's music. 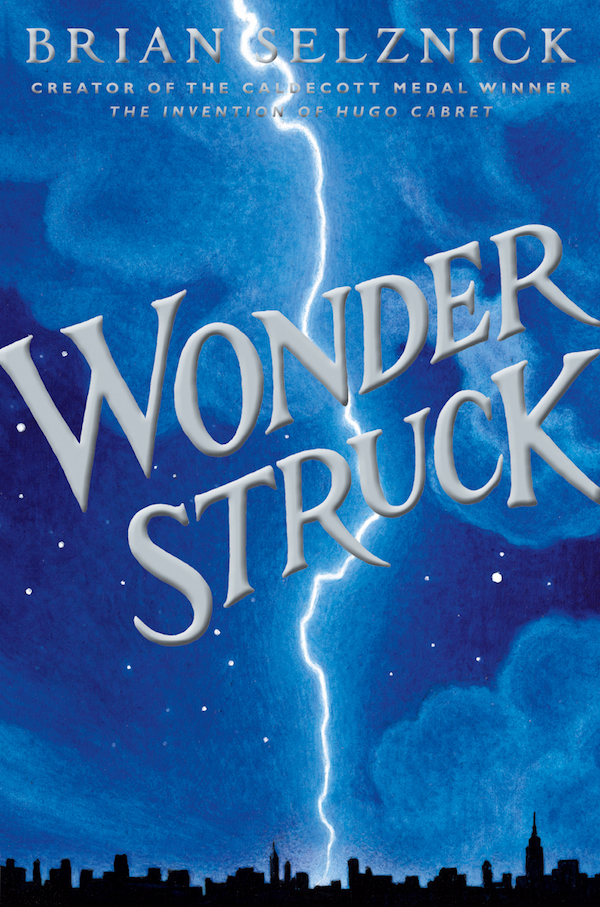 Simmonds is a deaf actress playing a deaf character.  But you also used deaf actors to play hearing characters?

I realized that with a silent section in our movie it gave us the opportunity to hire deaf actors to play hearing characters. Deaf actors were hired all the time in the silent movie era because they were so expressive. They knew how to tell a story without spoken language. And so we used six deaf actors as hearing people. We had these amazing days on the set with hearing actors, deaf actors, sign language interpreters. The rest of the cast, the crew and everybody worked together.

We can recognize when a deaf person is speaking. But in a silent movie, all we're seeing is the lips moving. But a deaf actor can't hear their cue. So Todd, very quickly understood that we had to devise visual cues for the hearing actors to give the deaf actors so they knew when to speak. It had to be part of what the character would do. So a character would say a line and then put his hand on his hips so when the deaf actor saw the hand go on the hip he knew that it was time to say his line. So when you're watching the movie you cannot tell who's deaf and who's hearing.

They all love playing hearing characters. One unexpected challenge was when and there were moments where, there was a moment where Lauren Ridloff plays a character where someone calls her name as she's walking out of the room and her character hears them and turns around. But that's something that no deaf person has ever experienced. A deaf person has to be tapped on the shoulder or they have to see something and turn around. So we had people off camera who would give her the visual cue to turn around and they had to show her how to turn around so it looked like she was turning around as a hearing person. But you can't tell that in the movie. But it was a challenge that nobody on the set had ever experienced before. And it was a great joy to watch it work so beautifully.