Comic-Con 2014: Highlights From the Pressroom

"The Maze Runner": Yes, the filmmakers know that they face a hurdle in producing yet another teen story set in a dystopic future. "That YA label on our back is a little bit of a target," acknowledged director Wes Ball. But this is not "The Hunger Games" or "Divergent." It’s "very original, unique, very cinematic," Ball said, the story of a boy about to become a man, with a "mystery that drives the movie...more of a shipwreck story about kids who have to create their own world, their own society—plus balls-to-the-wall action, kind of "The Goonies" or "Jurassic Park." Spectacle alone is not enough without characters you care about." But this film is "not bogged down in romance and being a teenager." Author James Dasher said he was grateful to have been "treated like an important part of this from the beginning...The only part of the movie I hated was when it ended." 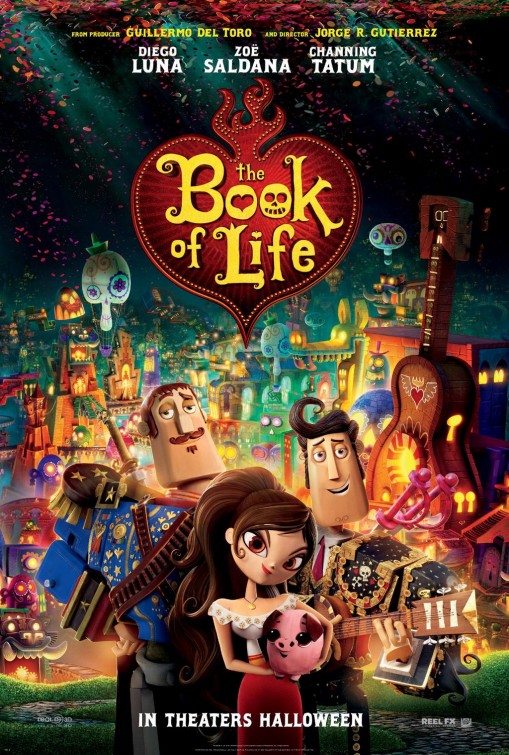 "The Book of Life": Guillermo del Toro is producing a new animated film about an epic quest through mythical worlds. The storyline recalls Orpheus and Eurydice but the inspiration is the Mexican Day of the Dead holiday with an international flavor that is "the essence of Mexico, world music, Bruce Lee movies, and folklore, modern but rooted, celebrating life." Del Toro said he wanted the movie to show "all these things I didn’t see [in films] growing up. We didn’t want to look or sound like other movies. This is not a film with cute talking animals, quippy one-liners, and skateboarding. We wanted to make authentic tacos everyone will enjoy." Director Jorge Gutierrez promised the result will be "spicy yet subtle."

Stars Channing Tatum and Christina Applegate joked about the pleasures of performing without having to put on costumes or make-up ("or shower," added Tatum), but also described what Tatum called "the magical moment" of seeing the performance come alive via animation. While in "The LEGO Movie," his contribution consisted of "going in with Jonah Hill for an hour and making fun of each other, this was a full-scale performance with "a really fluid process" where he could try anything, knowing that Gutierrez "is the net." Co-star Ron Pearlman appreciated "an invitation to come in and do a full-blown performance on an incredibly instinctive level, going for the brass ring, purely primal." He was fascinated by the idea of the Day of the Dead festival that death is not something you run away from, but "a way to respect the beauty of it, make friends with it."

"Hitman: Agent 47": The videogame about an elite, genetically engineered assassin with a barcode on his neck comes back to screen with Zachary Quinto and Hannah Ware, who promised a "large-scale, high-stakes action film and a real triangle" with the character played by Rupert Friend. "All of us are serving agendas at odds with what we’re pretending," said Quinto. The locations should be striking, with the first feature film footage shot in Singapore. Ware talked about the intensity of the action scenes as her character "discovers her strength as the audience does." When asked about the previous film version of the story, Quinto, of course a veteran of that dynamic as Spock in the rebooted "Star Trek," said, "I set myself free from any expectation or comparison.  That’s a fan-based thing. I hand things over to that debate. My job is not to participate but to give them something to debate over." 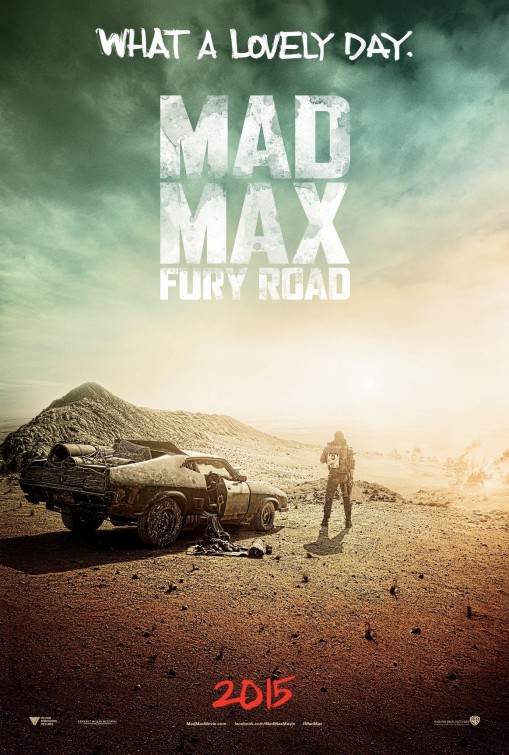 "Mad Max: Fury Road": Writer/director George Miller and producer Doug Mitchell are back in the post-apocalyptic world of Max Rockatansky, with Tom Hardy taking over the lead role originated by Mel Gibson. The future world of the story remains bleak and brutal, but has been amended to reflect geopolitical developments since the original films were produced. In the late 1970s, they extrapolated from the oil crisis. These days, Miller thinks, the worst-case scenario for the future will include shortages of water as well as power. Asked when this "Western on wheels" takes place, Miller said, "40 to 50 years from next Wednesday, the next Wednesday from the day you watch the movie." They shot the film "old-school," with little CGI. "This is not a fantasy film. It’s an imaginary reality."

The technology of filmmaking has changed dramatically. The two biggest differences are the equipment to keep people safe on stunts that "would have been criminal to do in the old days," and the EDGE camera car, "the most brilliant filmmaking tool I have ever encountered." There’s no green screen. In a film where the "story unfolds in a chase," the camera movies in and around the cars. "It’s the wildest ride you could possibly have, like being in the middle of a video game. For the original, putting a camera on a car was a big deal. Now you can put it anywhere." The stunning first shot in the new trailer shows what the EDGE camera can do.

There are some realities even movie magic cannot fix. They secured a location in the Australian desert and built a road to prepare for the shoot. But record rainstorms led to an insurmountable problem: flowers bloomed everywhere. They had to move the production to Africa, shipping 45 huge vehicles from Australia, all of which had to be unloaded at night to make sure no pictures could be taken. 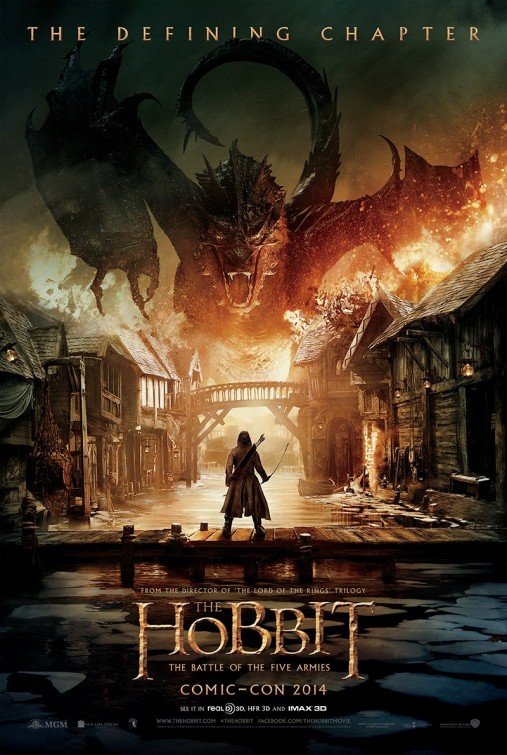 "The Hobbit: The Battle of the Five Armies":Peter Jackson, who roamed unrecognized through Comic-Con’s Exhibition Hall in a clown costume, appeared as himself to talk about the sixth and last of the J.R.R. Tolkien movies, the conclusion of the Hobbit saga. "It’s darker and darker," he said, "screws get tighter, it’s more emotional, more intense, with a nice thriller kind of pace," and "my favorite of the three."

Benedict Cumberbatch revealed the secret to his voice performance as Smaug: "honey and gingers at the ready," with a "forced-down register and a lot of warming up and warming down." Fellow motion-capture performer Andy Serkis (Gollum) talked about using breathing to establish the sense of scale and make the character believable. After a brief pause for Evangeline Lilly to playfully correct the director’s Elvish pronunciation, Jackson spoke about staging the battle. "The good thing about battles is that you can kill a few people, and that means some emotion we haven’t seen yet…The one thing I can do now which I’m having a lot of fun with at the moment is that I can do the filming myself with a virtual camera. I’m filming all the battle stuff myself, like a combat cameraman.  I feel like I’m back to my Super 8 days."

"The Boxtrolls": Sir Ben Kingsley revealed the secret of his performance as the villain in LAIKA’s new stop-motion animated film, "The Boxtrolls": lying down. "I did most of my recording reclining, not a tense bone in my body, completely relaxed." The character is "a social climber. He spends a lot of his energy trying to join that club that doesn’t really want him to join….So he invents an enemy and says ‘I’ll rid you of that enemy.’  He wants to power himself by destroying these very sweet, harmless creatures." To create a villain, "I find the flaw, the sore part within me that can’t be healed. I look for the crack and feel empathy for it and love it….I try to be a portrait artist and create characters other people might have a glimmer of recognition for." He admires LAIKA because they are "quite fearless in family movies of putting light and shade together, the bitter and the sweet." That is that is the kind of story-telling he finds "profoundly healing."