"They're young, they're in love, and they kill people" 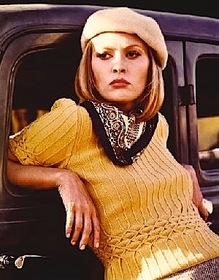 I remember the first time I watched "Bonnie and Clyde" like it was yesterday. I was seventeen years old and eager to broaden my knowledge in film. On weekends, I would go watch classic movies at my paternal uncles' who was a film buff himself. The only way to watch a movie uncut in Egypt was to purchase the video cassette from Europe or the USA and import it.

That is exactly what my uncle would do. His collection of UK video cassettes kept me busy for months. Every week I would visit him and we would watch one of Hollywood's classics together. It was there, at his living room filled with movie posters, that I was first introduced to such memorable characters as Norman Bates, Antoine Doinel, Tommy DeVito, Hal 9000 and of course Bonnie and Clyde.

I had heard he came back from London so I rushed over to his place to see which video cassettes would extend his collection and my viewing pleasure. As I walked into the living room, my uncle was standing on a chair replacing a poster of Tippi Hedren getting attacked by birds with a "Bonnie and Clyde" poster. I read the tagline and knew I was in for something different and special.

The impact a great movie has on a viewer varies and changes at different stages of his/her life. Had I reviewed "Bonnie and Clyde" at that very night of my first viewing I would probably have praised the flow of the plot revolving around a couple robbing banks and fooling the law. My review would have included how the ending had me staring at the credits for a few minutes.

However, had I reviewed the movie after one of the countless viewings that followed, the review would explain why I always felt the urge to revisit the 1967 masterpiece. The characters felt real not scripted. Bonnie, Clyde and Buck joked around, laughed, and argued with one another like everyone else, so the reason I went back to rewatch it so often was that I missed them and rewatching the movie felt like hanging out with old friends. My review would be different had I written one after watching the movie on a big screen in film class for its historical significance. I learned a lot about its influence and the many legends about the making of and like most reviews online that would've been the basis of my review back then.

The reason I'm mentioning all this is because this review will have a more modern take on "Bonnie and Clyde" as in I'm reviewing it based on where the movie stands today. In other words, this is a 2010 review of a 1967 movie.

The movie is set in the 30's yet like most Arthur Penn movies it's about the times of its release. Penn's "The Left Handed Gun" for example is a western that has more in common with "Rebel without a Cause" than any John Wayne movie because it was a movie that dealt with the teenage rebellion phase of the 50's and was only set in the Old West. "Bonnie and Clyde" like "The Left Handed Gun" has a message for its generation. It depicted the influence of the media and was like a wakeup call to how gritty violence is in the real world.

The scenes were in influential and the themes were relevant. Today, the movie is more relevant in terms of filmmaking. We live in an age where violence is overblown to add shock value rather than support realism. The scene where Bonnie and Clyde sit silently at the backseat of a car having just been shot by cops shook me more than watching Tim Roth covered in blood crying and yelling at a back seat in "Reservoir Dogs." 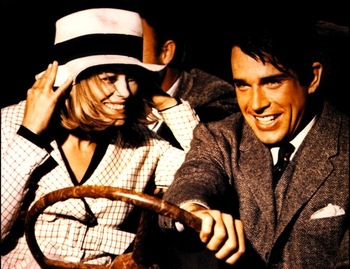 Both films are excellent heist pictures and both scenes are similar in content yet the former is more powerful because instead of watching someone in great pain trying to stay alive, I was watching two characters helplessly dozing off. They were bleeding to death and silently struggling to stay alive. Unlike the "Reservoir Dogs" scene I felt time was running against them.

That realism impressed me most watching the film today. The violence is only there to support the story. As a viewer we forget that it's all fake because of how cleverly the violence was used. (Watch video review for more) This is also due to a handful of great performances by Warren Beatty, Faye Dunaway and of course, the great Gene Hackman who steals every scene he's in. 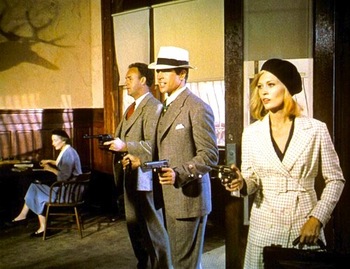 One scene that always makes me smile is that of Buck and Clyde reuniting and hugging each other at the beginning of the movie. Buck gets all excited and says something in the lines of "Boy are we gonna have some time, aren't we?" they laugh, an uncomfortable silence follows and then he says "So what do we do now?" We're watching normal, flawed, average people robbing banks rather than watching the legend and myth of a criminal like in Michael Mann's "Public Enemies". These are very fully rounded characters that talk, joke, and fight with one another like everyone else. Realistic characters portrayals combined with realistic use of violence and realistic dialogue only adds up to a movie that is a slice of life and requires study by filmmakers now more than ever. "Bonnie and Clyde" saved American cinema once. The time has come for it to save it again 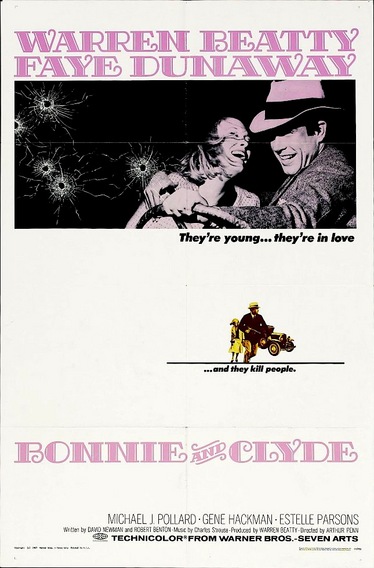