Fred Zinnemann's "The Day of the Jackal" (1973) is a great example of how a film can do a good job of creating tension and involving the viewer by sticking with the most basic cinematic elements. We have the benefit of comparing it with a remake ("Jackal," 1997) that went on the opposite direction and by wrongly doing everything that its predecessor got right, making he merits of the earlier version all the more evident. Both are distinctive reflections of how studios perceived audience tastes in their respective time periods. They are as different as two movies based on the same source might be and can hardly be classified in the same genre. The later entry is a brainless action flick; the original is a "thriller" in every sense of the word.

"The Day of the Jackal" was based on the novel by Frederick Forsyth and it is set in France in the early 1960s, a time of turmoil when President De Gaulle granted Algiers its independence, generating a feeling of resentment from ex-military extremists who considered this as treason to their fallen comrades defending the French rule there. The OAS (as the group called itself) plots a failed assassination attempt against the President and their top leaders are tried and executed. Their remaining comrades concoct their revenge by hiring a contract killer (who has some successful hits in his dossier) for a well paid job that would force its executioner into early retirement, the kind that would require months of preparations for a single shot at one of the world's most notorious figures, on what's to become the day of the Jackal (the assassin's code name). 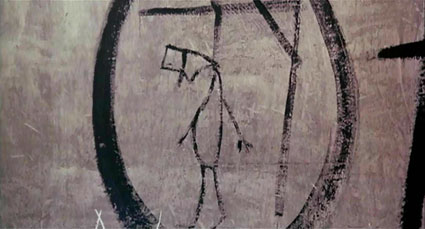 Much as with "Bonnie and Clyde" or "Apollo 13," "Day" is the kind of experience where most audience members enter the theater well aware of the real life case's outcome but this knowledge doesn't take away the excitement of the experience. The film's biggest virtue is making us feel like we're watching a real event developing--and the lack of big name stars helps in creating this illusion. According to the IMDB Zinnemann eventually regretted casting his villain on the basis of being "anonymous and indistinct" as he later realized this factor likely ended up hurting its box office performance, but using a renowned actor of the time such as a Roger Moore or a Michael Caine would have made for an altogether different kind of movie, more in tune with the dreadful remake.

Edward Fox's Jackal is an enigmatic presence; he appears in most of the picture but has relatively little dialogue and the viewer hardly gets to know him. He only seems to kill when he deems it absolutely necessary, and Zinnemann avoids providing any gratuitous shocks by keeping his crimes mostly off screen. As a result, there's an aura of mystery about him, even more so (not a spoiler) at the very end when we learn he may not have even been the person we thought, all along.

This is something that obviously would have never worked with a better known star in the role. This Jackal is clearly an amoral and cruel man but there's not much more to say about him. Does he get involved with Madame Montepelier (Delphine Seyrig) solely for the purpose of being able to stay in a place where the police won't be looking for him? Does the same apply to his visit to the Turkish baths in Paris where he knows he will get picked upon for sure? The answer in both cases is a likely "yes," as the main focus of this calculating man was to do things strictly in the way that best served his final goal. 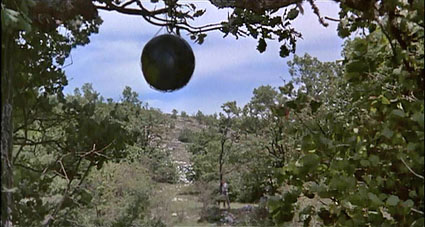 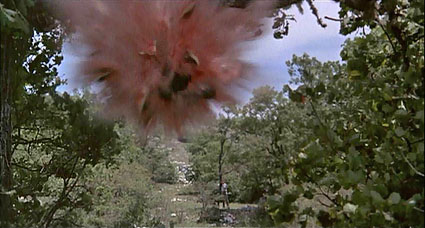 "Jackal" basically did most of same things than its predecessor but it sensationalized the details, and its evil-doer acted in a flashier fashion. Take, for example, the way in which the Bruce Willis character deals with his weapon supplier, a scene that only seems to exist so that the audience will get to see him trying out "the big gun" (discretion doesn't seem to be an important factor in this Jackal's particular mission). Its resolution has the usual chases and plot twist that today's "thrillers" can't seem to do without; it is big and loud and wraps things up conveniently without making the viewer think too much. Overall, the remake can best be described as a cold-hearted artifact for supplying easy shocks.

A closer match for "The Day of the Jackal" is Wolfgang Petersen's "In The Line Of Fire" (1993) which shared several of the same elements but based its premise on the duel of two strong personalities (played by Clint Eastwood and John Malkovich), another thing the "Day" remake failed at badly. "Fire" was more of a Hollywood product and better suited for the casting of big name stars, even if at the cost of a little believability. Both entries paid equal attention to the small details that an assassin has to come up with in order to stay one step ahead of his pursuers and allowed audiences to grasp the numerous preparations for a killing of this nature.

In "Day," we follow Fox as he comes up with fake names, steals passports for his own use, designs customized rifles, trades license plates with unsuspecting victims and so on. The perspective on the investigators doesn't ring quite as true as they tend to get a little too lucky in guessing right at every turn in order to save the day, but this is a minor quibble. 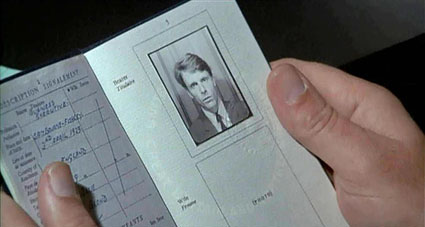 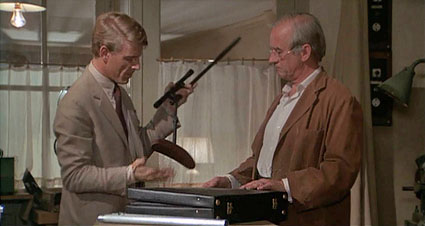 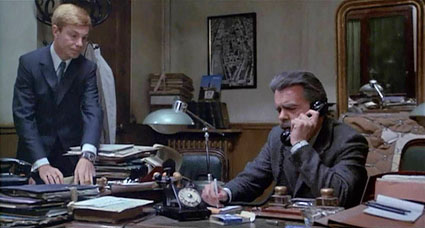 When discussing "The Day of the Jackal" with of a friend years ago, he dismissed the movie as "two hours wasted on the preparation of an assassination attempt that ends up failing anyway." As simplistic as this conclusion may sound, the point is hard to argue. Considering that the villain represented the audience's POV for most of the picture, that there's no other character we can really identify with (the heroes here aren't particularly appealing), and that the assassination plot is so elaborate and well devised, as strange as this may sound, there is a distinct possibility that some audience members may end up hoping for the Jackal to succeed in his quest and when he doesn't, they'll probably felt they didn't get their money's worth. 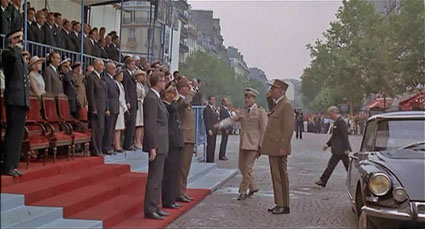 The irony in "Day's" outcome derives from the fact that, except for a couple of witnesses, few people even learned how close this French president came to meeting his untimely end (though it's hard to believe that those in the street didn't hear the sounds of all that machine gun firing). Consequently, there wasn't closure for the audience. "In The Line Of Fire" allowed for us to sympathize with its disturbed killer but drew a clear line between the characters on the side of righteousness and those who were not. In contrast, only viewers with an awareness of history will be able to discern whether the French nationalists in "Day" had a right to feel betrayed and act as they did. I don't think this takes anything away from Zinnemann's film. Both cases mentioned here had very different inspirations and their respective resolutions managed to generate extraordinary levels of suspense. They represent equally valid approaches to similar subject matter. 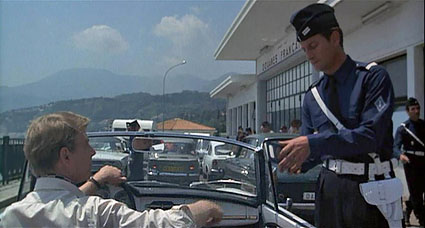 "The Day of the Jackal" was shot in a rather modest fashion on several European locations. It does show its age in several instances, but holds up pretty well to this day. The few technical challenges that the story demanded, such as the effect of the failed murderous bullet, were dealt with utter simplicity; in lieu of CGI, the problem seems to have been solved with a simple case of animation that surprisingly isn't all that easy to distinguish. 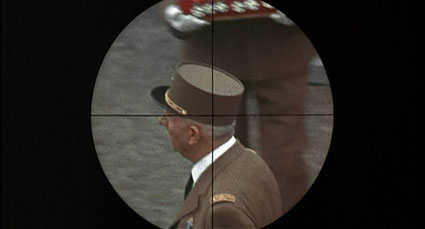 "Day" doesn't really have any flashy elements or action scenes; there's not much of a musical score to accentuate the mood and not a drop of blood is shown onscreen. It is slowly paced but never boring. Its worthiness derives from slowly involving the audience while generating a sense of anticipation. It has the ability to make you wonder whether something you know didn't happen might end up occurring anyway.