The Ghastly Joys of “Johnny X” 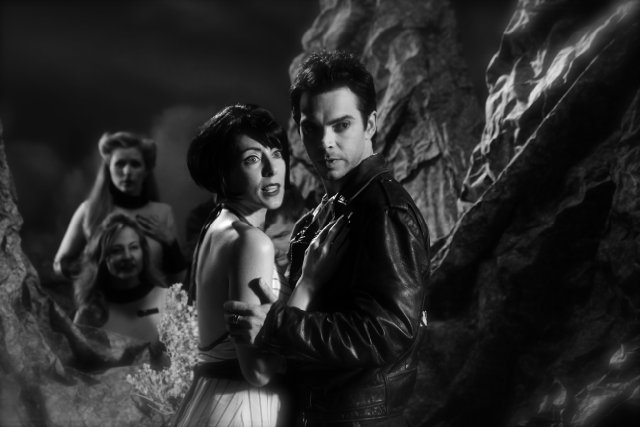 But he is also a film-maker to whom film really matters. "The Ghastly Love of Johnny X" is a tribute to film in both senses of the word, a paean to science-fiction films of the 1950s and to the benefits of shooting on film rather than with digital cameras. It is a black and white widescreen science-fiction musical about "juvenile delinquents from outer space", which is enough to make it memorable. But what entitles it to an entry in the annals of film history is that it was the final film ever to be shot on Kodak's now discontinued 35mm black and white Plus-X film stock, which had been manufactured since 1938. That made Bunnell's film significant enough for NBC Nightly News to run a feature on it and for the Library of Congress to hold a copy.

In a fittingly strange way, America's least successful movie was a victim of its own success. The only reason "Johnny X" was shown in a theater at all was that it won the audience award at the Kansas International Film Festival, where its prize was a week-long run on a single screen at a single local cinema. Officially, that meant it had been released theatrically and entered in the same box office race as "The Avengers." 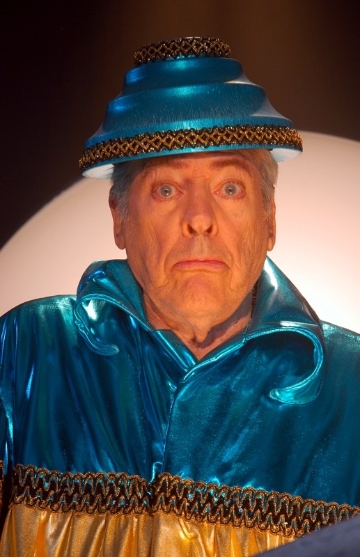 Will Keenan plays Johnny Xavier, alien leader of gang of teenage toughs who call themselves "The Ghastly Ones." They are expelled from their orderly home planet for constantly kicking up a ruckus and sent to the ghastliest place The Grand Inquisitor can imagine: Earth. (The Grand Inquisitor is, incidentally, the last part ever played by the late Kevin McCarthy, who was Oscar-nominated for his role in 1951's "Death of a Salesman" and starred in the original "Invasion of the Bodysnatchers." His appearance in "Johnny X" is the kind of cameo that would excite Quentin Tarantino.)The Ghastly Ones arrive in a version of 1950s America that seems deliberately littered with anachronisms. The fashions are from the '50s. The cars are from the '60s. There is a rock star — "The Man with the Grin" Mickey O'Flynn — who seems to come from the '70s. We are told he is a member of the Rock 'n' Roll Hall of Fame, which was founded in the '80s. The camera one of his fans uses to take a picture of him is clearly from the 21st Century.
Advertisement

There is surrealism in even the film's smallest details that recalls something of the work of David Lynch. But in Lynch's films the surrealism is inexplicably unsettling. Here it is inexplicably amusing. When Johnny X's former girlfriend, Bliss (De Anna Joy Brooks), persuades square-jawed soda jerk Chip (Les Williams) to take her away from Johnny, Chip drives her to a dilapidated drive-in and talks about the double features he used to see there long ago, before it was abandoned. It is the sort of scene we would expect to see in a wistful drama set, at the earliest, in the 1970s. Chip talks as if the era of the soda jerk and the drive-in movie is lost to the past but at the time the film is set it would have been at its height.

As we ponder this, Bliss bursts into a musical number announcing she is an alien who needs Chip's help to escape the extraterrestrial ex-boyfriend from whom she has stolen a magic suit that allows its wearer to control other people like puppets, and promising sexual favors in return. It's that kind of movie.

I could tell you the whole plot but you might think I had been drinking. It concerns Johnny's search for O'Flynn, who he knows is his father. (How a musician came to conceive a child with an alien on a distant planet is not disclosed, nor even discussed.) When Johnny finds O'Flynn, O'Flynn is already dead and Johnny is asked to use his special suit to resurrect him so he can put on a comeback concert and save his manager, King Clayton (Reggie Bannister), from the attentions of several unscrupulous loan sharks. By this point, we're about a third of the way through the film. 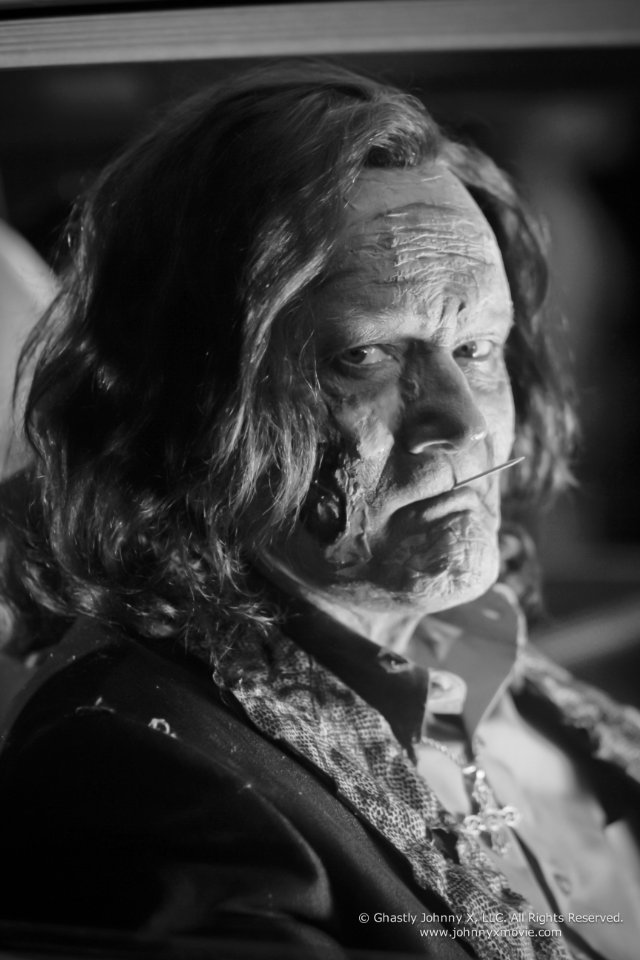 The bizarre joy to be taken in the plot reflects the bizarre joy to be taken in the whole production. All the performances are intentionally absurd. As Mickey O'Flynn, Creed Bratton spends a significant period of the film playing a motionless corpse slumped in an armchair. It's one of the better examples of acting on show. The songs are dreadful and yet, when I woke up the morning after first watching "Johnny X", I had one of them stuck in my head. My lips soon sang along. Francisco Bulgarelli's cinematography is the real triumph: it recreates the peculiar beauty of low-budget 1950s sci-fi films better than any movie I have seen besides Tim Burton's "
Advertisement
Ed Wood." The last rolls of Plus-X were not wasted.

It is a truth accepted by all but the most humorless film fans that a bad movie can be good fun. This is very bad movie that is very good fun. That it was the lowest grossing film of 2012 and the last film ever shot on Plus-X gives viewers two reasons to seek it out. I hope this review, and the few like it that are dotted across the internet, provide a third. Any film made with this much spirit deserves an audience far bigger than the one it can get by playing on one screen in one theater in Kansas. 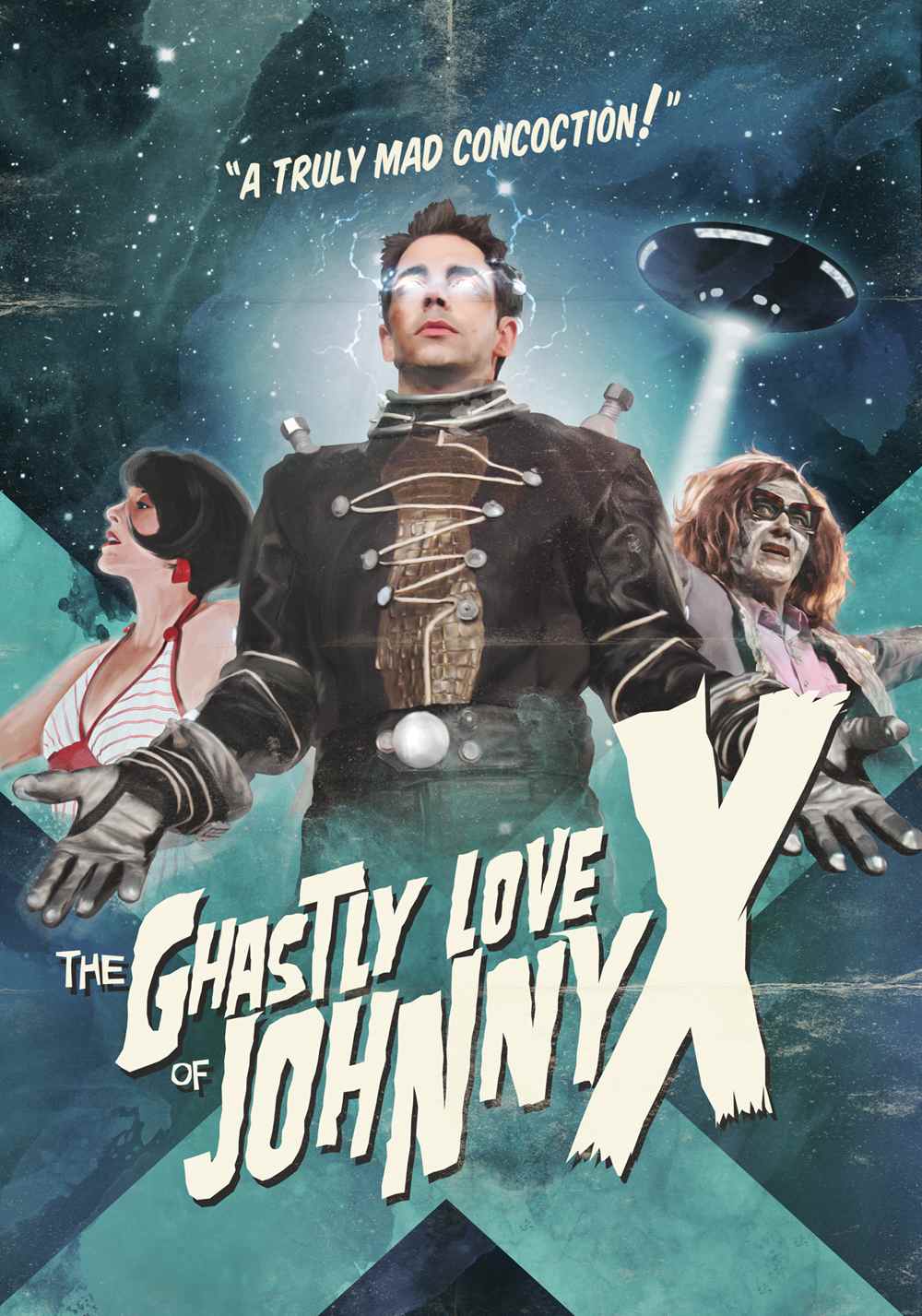 Scott Jordan Harris came to Earth to be a film critic after he was expelled from his home planet for talking too much about Jerry Lewis movies.His spaceship was supposed to land in France but crashed in the UK instead.