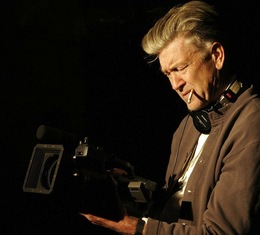 • Video by Kevin B. Lee • Text by Steven Boone

In the cinema world, film "waves"--movements of like minded filmmakers bound by generation, nationality, stylistic tendencies or social/political position--rise, crest and fall away every decade. But the latest wave is something different.

The Digital Do It Yourself (DDIY) Wave has been cresting since 2006, when an explosion of homegrown talent really started asserting itself on then-one year old YouTube. It continues on the filmmaker-friendly site Vimeo. And there's no indication that the wave is ready to break. These are the "Garage Kubricks" that sci-fi author William Gibson heralded in a famous Wired article.

In traditional waves, we can count on two hands the significant filmmakers, the central figures. With the DDIY Wave, there's no telling. Tonight, tomorrow, or five minutes from now, someone somewhere might upload a masterpiece. They are out there, all over the globe, armed with Flip cameras, DSLRs and 24P camcorders. They don't have to wait for a distributor or festival to get their work in front of you. Whereas many film movements traditionally arose out of film schools, collectives, studios or government programs, the DDIY Wave filmmakers are bound only by a universal impulse: to say something in pictures and sound, right now. It's as strong and invisible a bond as that of religious believers across continents.

It was always there, but corporate power over the means of production and distribution traditionally kept filmmaking out of the hands of those who didn't have access to its networks. For an artist who didn't know how to play ball, there was no real audience. Those days are over.

I suspect the DDIY Wave will never break. It is the Last Wave (apologies to Peter Weir). The major studios and other large business concerns worldwide will continue to reap the only real profits from movies, but so many of the DDIY set are not in it for the money. They want an audience, and the Web, along with all these wonderfully proliferating digital tools, now insures them one. The only limits are the filmmaker's talent, his or her ingenuity, and self-promotion skills.

New York-based DSLR shooter Jamie Stuart leapt to the front of the movement overnight last holiday season, just by emailing a link to his short film "Man in a Blizzard" to Roger Ebert. He had shot, edited and uploaded the film (which visually riffs on a colossal winter storm in the playful style of Dziga Vertov's silent classic "Man with a Movie Camera") in a matter of hours. Ebert liked the film and blogged that it deserved an Academy Award. So far, the YouTube upload has earned over a half a million views and heaps of praise.

I'll bet that Hollywood has come calling for Mr. Stuart as a result. That's the way it works. But I hope that, upon "graduating" to films with ten thousand times the budget of his "Man in a Blizzard," he remembers what made this one so charming and entertaining. It's the same wish I have for all gifted DDIY filmmakers who suddenly find themselves in favor with the big movie oligarchs, and it, too, is a universal, timeless cry: Don't forget where you came from, brother.

"Cinematic Blizzard," edited by Kevin B. Lee, narrated by Steven Boone. A video essay on the tradition of city symphonies. Cross-posted with Fandor.com:   Kevin B. Lee is editor of Fandor.com, a service delivering hand-picked specialty films online. He has a page where you can watch all the videos referenced in the essay in their entirety.  Steven Boone is a film critic, filmmaker and video artist based in New York City. He champions big ideas and small budgets at Big Media Vandalism. He writes about essential films at Keyframe.