The cinema of scarred hearts 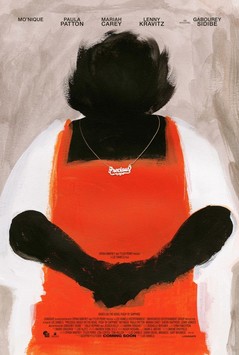 I have a friend who walked out of "There Will Be Blood" during that baptism scene, when Daniel Day-Lewis exclaimed, "I've abandoned my child!" My friend was just divorced, lost custody of his children, and was tormented with the remorse that follows these things. As Daniel Day-Lewis shouted, my friend almost needed to cover his ears. He returned to his seat shortly afterwards, but needed that moment to collect himself.

I have another friend who was molested by a family friend. She refuses therapy, but she attributes multiple aspects of her personality, that she herself identifies as disorders - social ineptitude, sexual dysfunction and confusion, chronic despair - to that period of molestation. When she watched "Mystic River," a movie speaking of the physical and psychological abuse of children and the long term consequences on their hearts and minds, she found herself painfully revisiting those experiences, but not where we might expect.

She was most taken, most troubled, most agitated not by the scenes implying abuse, not by the latter, adult experiences of the victim (Tim Robbins), but by the conduct of his wife Celeste (Marcia Gay Harden). My friend found Celeste frightening: she felt that Celeste abandoned her husband. For what it's worth, I should mention that when my friend told her own family about her experiences with this man who molested her, her family ignored her claims, and continues to do so today.

I have another friend, suicidal, who wandered into a screening of Kiarostami's "Taste of Cherry" at the Music Box Theatre in Chicago, looking for something. He knew that the otherwise quixotic film was about a suicidal man driving in circles around Tehran, looking for someone to bury him. Still, my friend didn't know what to seek from the film for himself. He says, however, that as the film ended - in Kiarostami's trademark ambiguous fashion - he felt a moment of lightness, of elevation. Naturally, the film did not cure any suicidal tendencies, which were later treated professionally, but that film gave him a special moment. 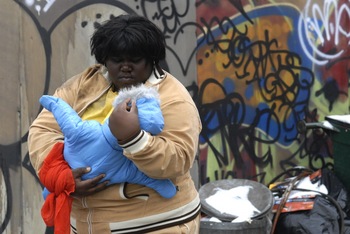 It is with these friends in mind, with their anecdotes I (with permission) share above, that I wrestle with "Precious: Based on the Novel Push by Sapphire." Lee Daniels' movie is the most brutal film I have seen in a long time. It pulls no punches in taking us through the world of the central character, Precious. Her world is out of focus, grainy and cloudy, with washed out colors. Her own soft voice is understated, while the frequently disparaging voices of others seem to echo within her. Her home is a dark, dirty, damp dungeon, populated by a savage brute - her mother - who seems almost conniving in the way she dismantles dehumanizes her. Precious finds comfort shifting from her blurry reality to a soft-focus fantasy of Hollywood glamour, surrounded by flashing lights, pop music, and a hero. She finds comfort by looking within. 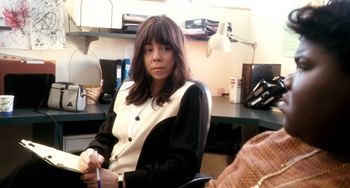 As she receives some hopeful developments in her world, at the hands of people who professionally (selflessly) dedicate themselves to servicing others, she is further hit with more challenging struggles from those people who selfishly exploited and exploit her. As the film gets more promising, it gets more despairing. In the end, however, despair gets explained and confined and hope does quietly escape and win.

It is in this film's despair that I wrestle and wrangle. Truffaut famously commented on the difficulties of depicting war. It seems, however, that the grim despair we associate with war seems so readily depicted in film in American urban settings, often involving African American characters. Is that an obnoxious stereotype? And, is that stereotype being exploited here? I'm asking if this tendency especially in the past two decades of filmmaking is essentially a continuation of a common motif of (and I despise the term) Blaxploitation. 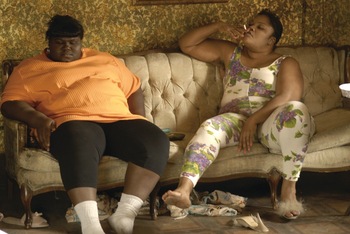 A common criticism of this film - especially relevant when positioning this film among stories of "race" - is that the most sympathetic characters were all of light skin. There is some weight to this criticism, if we position this film as a film about race. Had this film been released during the early 1990s, we would have categorized this film as such. In that era, it seems that - of the few holding the director's chair - almost every African American director was categorized as a filmmaker of movies about "race" as though all stories featuring African Americans were stories about race. Perhaps Bill Duke was the exception from this stifling categorization, and to lesser degree, Charles Burnett.Now, however, in our world where the racially trailblazing aspects of the work of Bill Cosby, Michael Jackson, Oprah Winfrey, and Spike Lee are themselves becoming anecdotes, we find ourselves further forgetting the same aspects of the work of Norman Lear and Sidney Poitier. In our allegedly post-racial world of Obama and White Supremacist Tea Parties, is "Precious" continuing a nasty trend of (a sort of) urban exploitation, or is it telling a unique story? I suspect the latter. But, I also suspect that many people watching this film regard the story of Precious as something to be found easily and commonly in certain sectors of society (being "those" sectors of society that we tend to objectify in politically correct, yet unintentionally condescending language), without any real knowledge. I am saying that "Precious" itself may not be exploitative, but we are not post-racial. 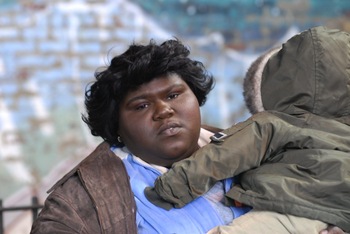 But, my wrestling with this film's despair goes further. Moving beyond questions of race, consider the brutality in the narrative itself. In depicting the abuse that Precious experienced, is the film also abusing us? Consider the anecdotes I shared above. Were they exploitative? Meaning, was I exploiting my friends to make a point to you? Even though I held off on narrating some gritty details of their stories, I am sure you were able to imagine them. Likewise, this film implies much more than it depicts, but what it implies is far more graphic than we would associate with a film that includes Oprah Winfrey, Tyler Perry, Mariah Carey, and Lenny Kravitz in its credits. In fact, the brutality in the narrative might even seem constructed and calculated, drawing attention to itself more than evoking a visceral response. Simply, I am asking if - in narrating the stories of my friends' real world despair - am I robbing my friends of their real world dignity, all for the sake of making a quick point. 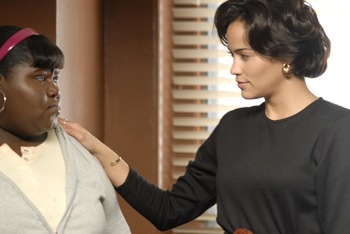 And in that point of dignity, I suppose I find my answer. I did not like the brutality in "Precious." I frequently looked away from the screen. Still, while we witness (the character) Precious so thoroughly brutalized, leading her to break down, compelling us to cry with her, we also tend to notice that she never once seems to lose her sense of dignity. While those who debase her through their own lack of dignity, she does maintains hers. She might misbehave in a few moments of the story, but we don't find ourselves reprimanding her. Rather, we notice that she dresses as though she cares about herself. She gives love despite searching hopelessly for it. She respects and appreciates respect. And, in the end, she claims her life for herself and her children. In the end, this film is a film of despair, yet Precious, like my friends above, have the courage to live and love.And, in the temple of cinema, my own scarred heart finds such redemption.