The agony of making cinema 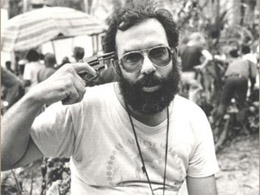 When it comes to "Making of" documentaries, I put one above all others. It is "Hearts of Darkness: A Filmmaker's Apocalypse" (1991), a full-length feature about the filming of Francis Ford Coppola's "Apocalypse Now". Nothing quite illustrates its impact like Francois Truffaut's statement: "I demand that a film express either the joy of making cinema or the agony of making cinema. I am not interested in anything in between." That the pain it captures eventually translated into cinematic greatness only serves to make it more compelling.

"Hearts of Darkness" was produced for Showtime presentation by filmmakers Fax Bahr and George Hickenlooper, who incorporated footage shot by Coppola's wife Eleanor, during the 200-plus days of filming "Apocalypse Now" in the Philippines. She also recorded several of his private conversations. This material was widely know to exist from the beginning but it took more than a decade of convincing the Coppolas to relent and share it with the makers, as he felt embarrassed by the way he came out looking. The documentary also provides interviews with many key people involved. The main reason behind the feature's uniqueness is that Eleanor's position gave her access to every aspect of the project and her presence made her husband comfortable enough to utter any thought that crossed his mind.

This is clearly why Coppola sounds sincere when predicting that "Apocalypse" "will undoubtedly stink and I'll have no choice but to commit suicide" -- but also the reason why the audience must not put too much weight into his words. Coppola would have never said them aloud had there been any chance for the media to get its hands on the tapes (he was already concerned with negative attitudes toward the film). His wife's recordings make him sound like a man in despair, but to a degree this was just his way of hoping for better fortunes and some spousal support. Things indeed became critical during filming but the image of a man on the brink pointing a gun to his head simply represents the way the documentary was promoted.

Eleanor Coppola's material is somewhat raw but this fact is irrelevant when compared to the uncommon opportunity her circumstances provided. She not only had the chance to film the making of a masterpiece, but a remarkably complicated one. Coppola ventured into a project with some of toughest locations and planning imaginable, a predicament that ended up compromising his own well-being. Shooting a picture under dire conditions was nothing new for the director. It is widely know that throughout the first "Godfather" filming, studio executives were ready to fire him on a daily basis. The circumstances in "Apocalypse Now" had deeper implications. When questioned in "Hearts of Darkness" whether he ever considering quitting "Apocalypse," Coppola's reply is: "how could I quit from myself?" The man had put everything he owned as collateral in order to have complete control of the movie. 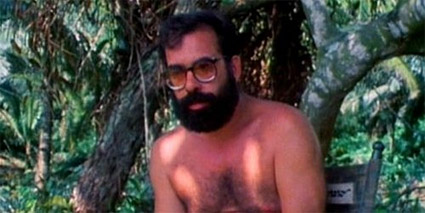 It's hard to grasp how Coppola agreed to enter such a situation without envisioning its endless implications. He invokes the need for "artistic freedom", but naivete was clearly a factor as the logistics involved could have never appeared simple. Why else would every studio stay away from a project with such a renowned director, at his peak? Would any of them have considered the possibility of renting helicopters from a despot's army? "Hearts of Darkness" portrays Coppola facing numerous bizarre situations such as dealing with the whims of communist rebels. He's shown replacing the leading man (at his own expense) and later having to face the sight of the substitute, Martin Sheen, being given the last rites. He has to deal with complications brought about by a catastrophic typhoon, an unpredictable tiger and an egocentric star. Even worse: he lives with the constant fear that his evolving script may not adequately represent his views on the subject, and the awareness that he does not have the ending to adequately wrap-up this whole nightmare.

Coppola is a figure who becomes increasingly complex and fascinating as the shooting progresses. Early on we see him in the happiest of moods, boasting about the great show he is about to produce in the spirit of Irwin Allen (the "Master of Disaster"). He'll be the one to finally crack the legendary novel Heart of Darkness by Joseph Conrad, something that not even Orson Wells managed. As the feature progresses and he is forced to go through the equivalent of movie-making hell. We see him come to a point where any trace of his grandiose ideas is long gone and fear of failure is the only thing that keeps him moving. 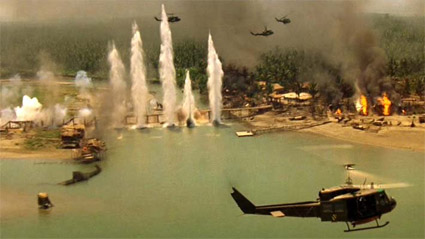 "Apocalypse Now" seems radically different from anything being made in these political correct days. It's hard to believe our eyes as we witness a whole jungle being blown away or the image of real animals butchered on-screen. The doc gives us insight into such intriguing matters as the elimination of a French plantation scene from the final film: it turns out the director hated the results and ordered the actors to erase it from their minds; why then was it included in the "Apocalypse Now Redux" DVD version? The making of the movie includes other odd sights, like Coppola having a discussing with a pilot while standing on a helicopter's skid (he doesn't even seem aware the craft has slowly elevated from the ground) and the bizarre shooting of the opening sequence with drunken Martin Sheen baring his soul in front of the crew, ending up crying in a bloody mess. 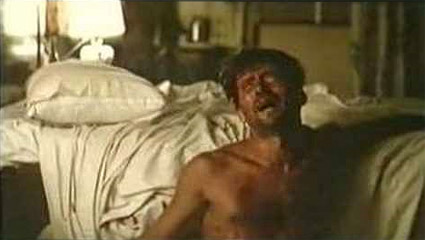 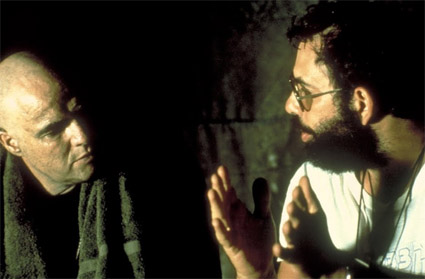 "Hearts" gives familiar scenes from "Apocalypse" a new spin; their filming often involved drama to rival anything we see onscreen. Some critics have pointed to the ending as the film's weakest link, and Marlon Brando's behavior surely increased its challenges. After watching "Hearts" we realize that the conclusion was the result of the experiences Coppola lived during filming. In some strange way, the ending itself is not as relevant as the fact that it represents the place where these extraordinary occurrences took him. Overall, "Hearts of Darkness" passes the most important test there can be for any "making-of" documentary. It helps us better appreciate an already great movie and stands worthy by itself. The feature and the documentary exist as separate entities, whose interest is increased by their mutual presence.

At the Cannes premiere of "Apocalypse Now", Coppola famously declared that his film was not about Vietnam, but that actually "it was Vietnam ". "Hearts of Darkness" shows us how close "Apocalypse" came to actually becoming his personal Vietnam. Considering the life achievement that "Apocalypse Now" represents and the fact that it brought Coppola an eternity's worth of pain, he's earned the right to come up with as many "Redux"s as he pleases; the man clearly paid his dues.