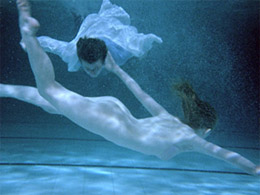 Some tricky music rights issues finally got resolved, and so Jerzy Skolimowski's "Deep End" is back on the map, and with a recent run at Brooklyn's BAMcinématek under its belt to prove it. A legendary specter for years - lusted after but near-impossible to track down and watch - it now arrives as part of the adventurous BFI Flipside series in a lush DVD/Blu-ray edition that will have you gasping equally at Jane Asher's copper-red coiffure and John Moulder-Brown's baby blue eyes (the latter firmly fixed on the former throughout the movie).

The story concerns a fifteen-year-old working-class virgin boy (Moulder) getting his first job at one of London's public bathhouses and undergoing a near-grotesque hell of sexual confusion. Most of it is due to the presence of his gorgeous co-worker Susan, played by Asher as a supreme oxymoron of a tease: down-to-earth and ethereal at the same time. Mike's obsession with the girl, as well as his bottled-up jealousy over the two men she's dating, reaches a frenzy once he finds a go-go-club cut-out that may or may not be a photo of her.

As he chases Susan down the subway, demanding to know whether she's capable of something as morally dubious as posing for nude pictures, he carries the cut-out with him, half-covering its black-and-white "filth" with his own coat. The violent confrontation that ensues is observed by none other but the director himself, making a Hitchcockian cameo turn and - in a masterful in-joke to delight his still-enslaved compatriots - deeply enveloped in an issue of the most stalwart communist Polish daily of its time, "Trubuna Ludu" ("People's Tribune"). 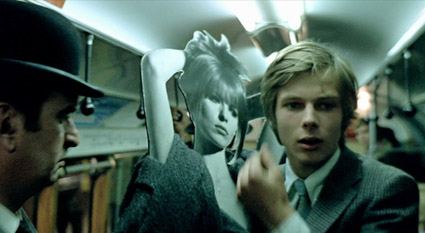 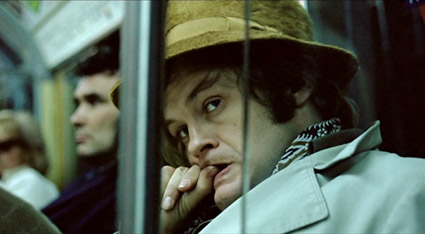 As if this showdown wasn't enough, there's a near-symbolic final section, in which Mike and Susan are forced to look for a diamond lost in a pile of snow (an irony Andrzej Wajda, of "Ashes and Diamonds" fame, must have appreciated). Once the precious stone is found, Mike places it in his mouth, thus coming up with the only possible way of making his body desirable for Susan. What happens next both cashes in on the sense of casual foreboding that pervades the whole movie, as well as elevates it to a new level of lyrical abstraction. 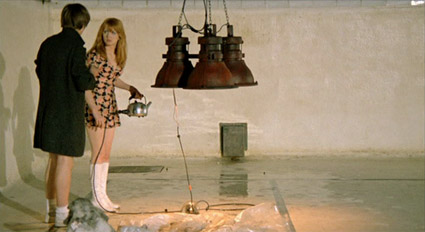 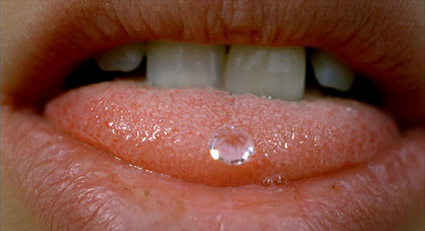 With the possible exception of Louis Malle's "Murmur of the Heart" (1971), it's hard for me to think of another film that is so successful at depicting adolescent craving for sex as a form of comic predicament - while still rendering it acutely painful. Mike's erotic misadventures include a hilarious session of roughing up by the voluptuous Diana Dors, as well as paying a brief visit to an immobilized prostitute, with a huge "Dzięki!" (Polish for "Thanks!") scribbled across her leg cast. Nowhere is the movie's electric ambivalence about sex on a clearer display than in the porn-cinema sequence, which has Mike cruelly teased by Susan, even as a hilarious spoof of a sex-flick (shot by Skolimowski himself and scored with Wagner's "Ride of the Valkyries") unspools before the despondent-looking patrons. 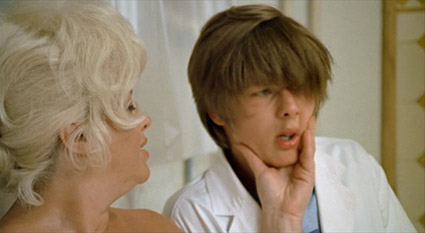 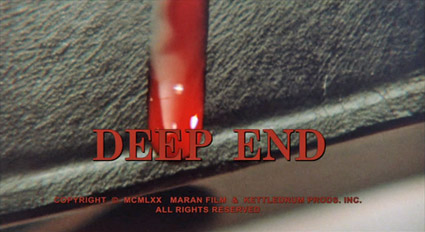 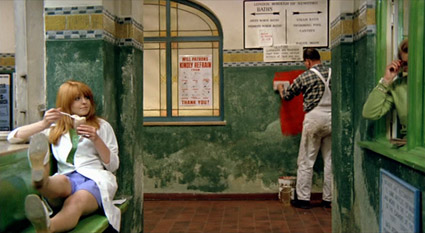 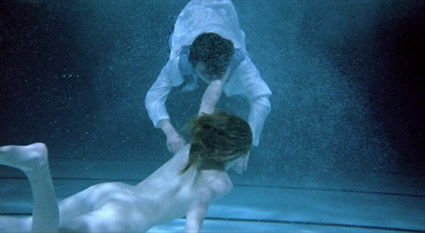 In its sheer immersive power, the movie more than lives up to its title. Much like Roman Polański, with whom he co-wrote "Knife in the Water" (1962) and who also left Poland for political reasons, Skolimowski is a master at making his movies seem as if they were projections of their main characters' psyches. His methods are as off-hand as possible, and yet manage to convey what Simon Abrams called, in his excellent new piece on "Deep End," "a hangover-style haze of [the] lead protagonist's experiential confusion".

Andrew Sarris, an early champion of the film, intuited correctly that there's an undercurrent of bewilderment in Skolimowski's gaze at swinging London, with all its Soho-based sexual permissiveness and an overall sense of violent generational split. While "Deep End" certainly partakes in the stylistic freedom and prankishness of the British 1960s cinema (in fact, it plays almost like a Richard Lester movie pushed to an existential extreme), there is no mistaking Skolimowski's outsider's perspective (according to his actors, he spoke practically no English at the time of shooting). And yet, as Sarris said in his enthusiastic review: "There was never really any place in the gray new world of Eastern Europe for a sybaritic temperament like Skolimowski's. He had to come west to the Free World where men and women create their own hells under the benign neglect of the System".

You may almost say that, with "Essential Killing" (2010), which had Vincent Gallo's Muslim terrorist thrown into the middle of wintry Poland (only to undergo an ordeal of forced survival) Skolimowski came a full circle of sorts. Gallo may be older, more sinewy and hirsute than Mike, but his basic predicament is the same: he finds himself within a new, unwanted frame of reference and tries to make some sense of it. Which, come to think of it, is what the thunderous process of growing up is all about. 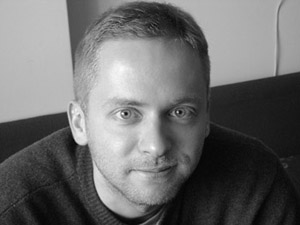 Michał Oleszczyk is a film critic, translator and festival programmer based in Kraków, Poland. He regularly contributes to many Polish outlets, and has been an occasional contributor to Fandor and Slant Magazine. He published the first Polish book on the films of Terence Davies, as well as a translation of J. Hoberman and Jonathan Rosenbaum's "Midnight Movies". He runs a blog at oleszczyk.blogspot.com